As expected in our mesoscale discussions a shallow warm-core cyclone / #medicane has formed in the western Mediterranean today, Nov 11th. The development of the medicane was probably possible by a deep upper-level trough filled with cold air masses aloft as almost around -25 °C was present at 500 mbar level, advecting over relatively mild 20-21 °C surface W Mediterranean waters. Medicane diminished soon after the landfall in Algeria.

As of Nov 11th, 15 UTC mean sea level pressure analysis was revealing a small cyclone SW of Sardinia island, Italy. Cyclone was a part of the large cyclonic system under a large deep upper cold-core over the Mediterranean.

Satellite imagery was revealing a rapidly developing structure with an intense convective band wrapping around a virtual eye. The convective band was tightly wrapping into the center, with clearly defined upper-level outflow on the SE quadrant of the system. 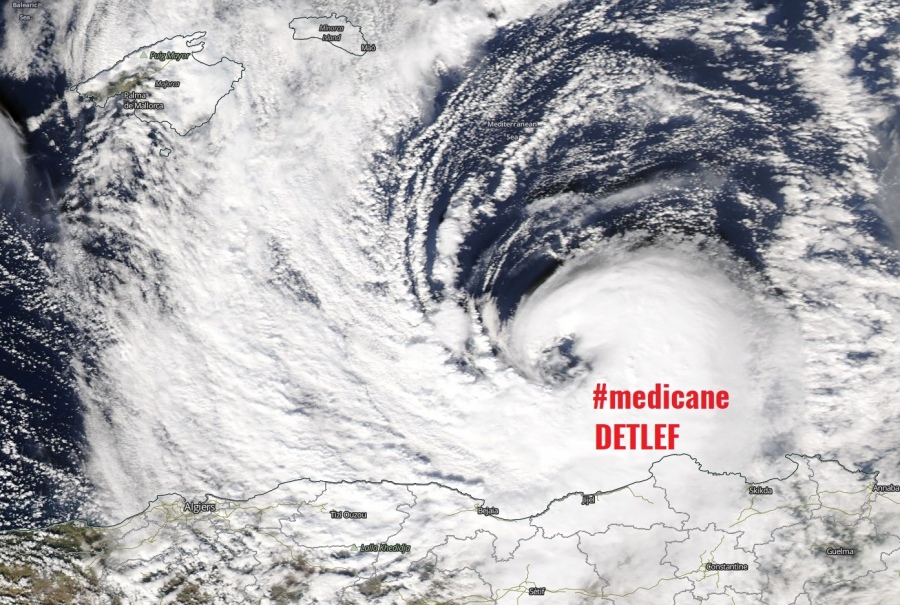 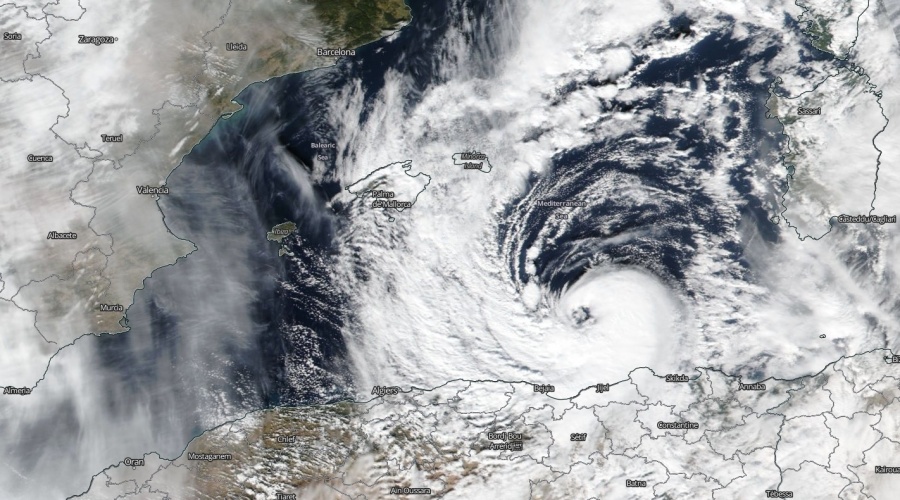 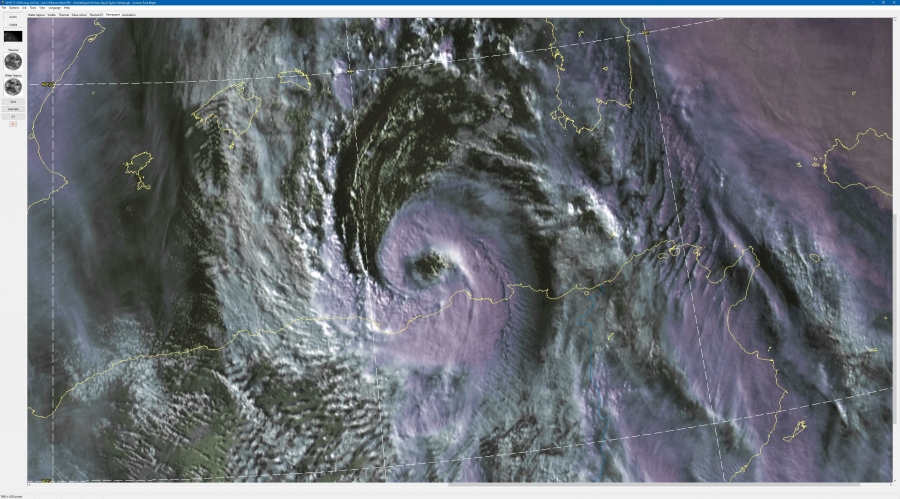 This trivisWS (https://t.co/VcWApIyc74) animation shows #weather in #Italy and #Mediterranean today with the ground analysis of @DWD_presse at 12:00 UTC superimposed over #Meteosat MSG Enhanced Natural Colour satellite images from @eumetsat from 10:00 till 13:45 UTC on 11.11.2019 pic.twitter.com/QlydjKMl1X

An ASCAT satellite analysis pass showed a swath of 40-45kt winds along the W/SW side (Tropical Storm force) winds wrapping around over half of the circulation. Estimated central pressure was around 995 mbar. 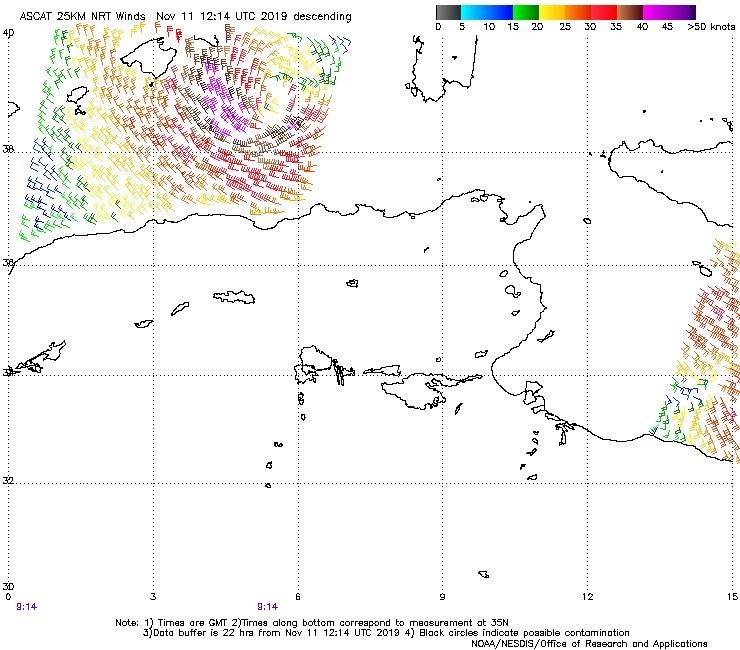 Medicane made landfall in the NE Algerian coast and resulted in severe damaging winds, storm surge and major waves:

Damaging winds associated with #medicane landfall in Jijel, Algeria today, Nov 11th. Thanks to Crb Sidali for the report – posted with permission. pic.twitter.com/WpQgHB6SDG

High waves associated with the #medicane along the north Algeria coast today, Nov 11th. Locations: Tizi Ouzou and Jijel Tofay. Thanks to Massi Bz and Crb Sidali for the report. posted with permission. pic.twitter.com/9f0rzmjEvW

The system was a part of a large upper trough / low exploding over the Mediterranean, also responsible for widespread convective storm clusters over the S Italy, Malta and Ionian sea along the cold front moving ENE in the afternoon and evening.