Full moon, an area of low air pressure and high winds, are never a good combination for coastal areas. The city of Venice, experienced that first hand, on November 12th. Very strong tide, combined with strong storm surge, caused devastating flooding, the worst in the past 50 years!

November 12th will forever be remembered in the history of Venice. Different natural forces came together, to cause great devastation to the city. Full moon rose above the city, while a low pressure area was in the North Adriatic sea. The chart below shows the low pressure area, and very strong winds, blowing directly towards Venice. That created a strong storm surge, which combined together with the tide from the full moon, caused an immense amount of water to flow into the city. 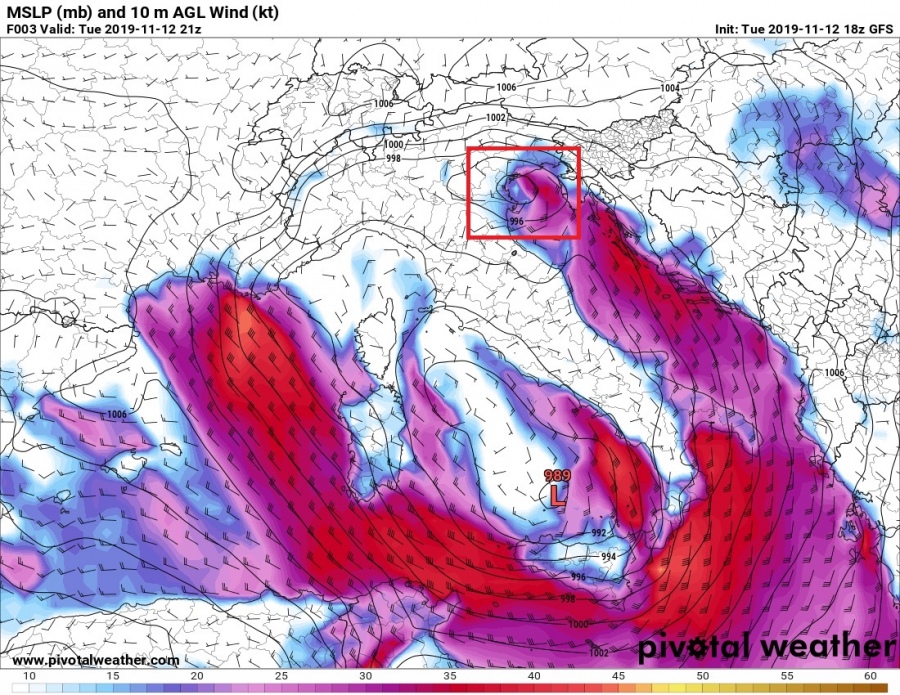 By current reports, the water levels in the city are near 190cm, which is second highest in known history, and highest in the last 50 years! Over 85% of the city is under water. 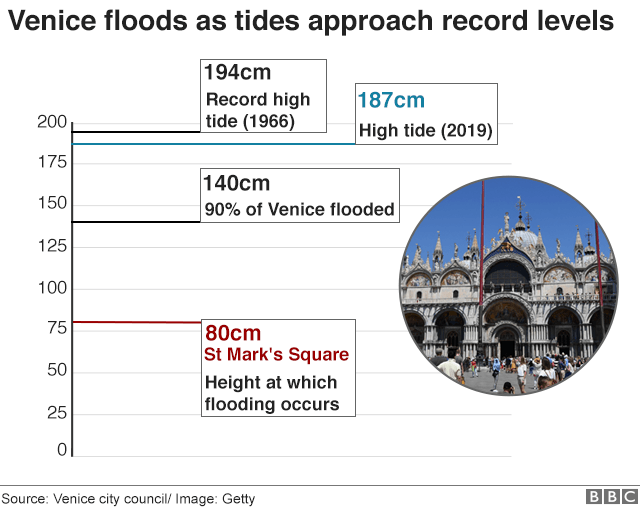 LOOK: A man could swim in the famous Saint Mark's square thanks to the flood

Venice is bracing itself for another wave on Wednesday as flooding reached 85% of the city pic.twitter.com/V0PjmTPcAf

Photos from Venice’s worst flooding in 50 years are truly terrible. And an even higher tide is on the way. pic.twitter.com/2bFyoLUc4r

Two people died on the island of Pellestrina, a thin strip of land that separates the lagoon from the Adriatic Sea. A man was electrocuted as he tried to start a pump in his home and a second person was found dead elsewhere. The city mayor said the damage was “huge”, and that he would declare a state of disaster, warning that a project to help prevent the Venetian lagoon suffering devastating floods “must be finished soon”, the BBC reports.

Venice’s Mayor Luigi Brugnaro also said that it would cost hundreds of millions of euros to fix the city, describing the damage to the city as “enormous.”

Francesco Moraglia, the Patriarch of St Mark’s Basilica, also told reporters: “I have never seen something like what I saw yesterday afternoon at St. Mark’s square. There were waves as if we were at the beach.”
More rain and strong winds are expected in the coming days, along with the still relatively high tide.

Speaking of natural disasters, dont miss the intense ongoing earthquake swarm at Askja volcano, Iceland, which threatens to erupt, perhaps soon! Over 800 earthquakes were recorded in less then a week, over 200 just yesterday!