At the end of the Northern hemisphere winter (end of February into early March) there is usually the annual maximum extent of the sea ice around the Arctic region. This week, we can see a very spectacular satellite imagery capturing the detailed natural-color image of sea ice and clouds off of Canada towards the Labrador Sea, also forming sea ice swirls. The current pattern over the Arctic supports a strong Arctic air mass advection towards the North Atlantic, resulting in long stretch of cloud streets. 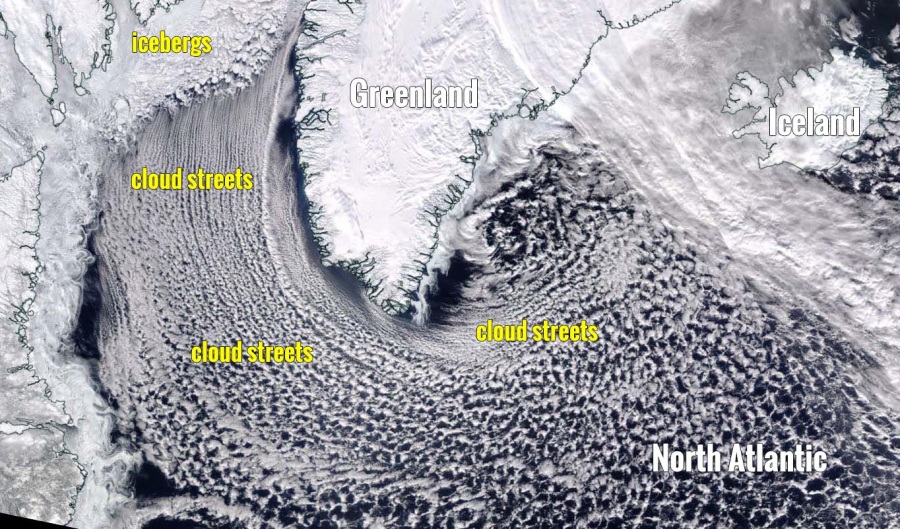 The pattern over the Arctic region and North Atlantic supports an advection of Arctic air mass from the deep north across the Labrador Sea and towards the North Atlantic. In the Lee of south Greenland, a surface low (973 mbar) has formed. A combination of both is resulting in intense and broad storm-force flow over of very cold air mass onto the warmer sea. 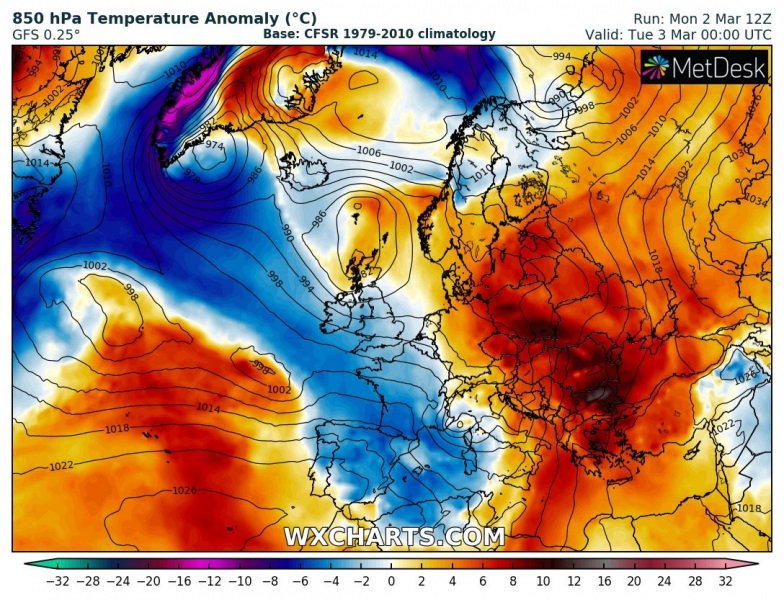 A broad satellite view of the North Atlantic reveals a widespread cold advection across the Labrador Sea into the North Atlantic, the very cold air mass is resulting is a textbook maritime air mass presentation with scattered shallow convective cells producing rain/snow showers. But scroll down to see even better detail of the cloud patterns and features of the ice shield. 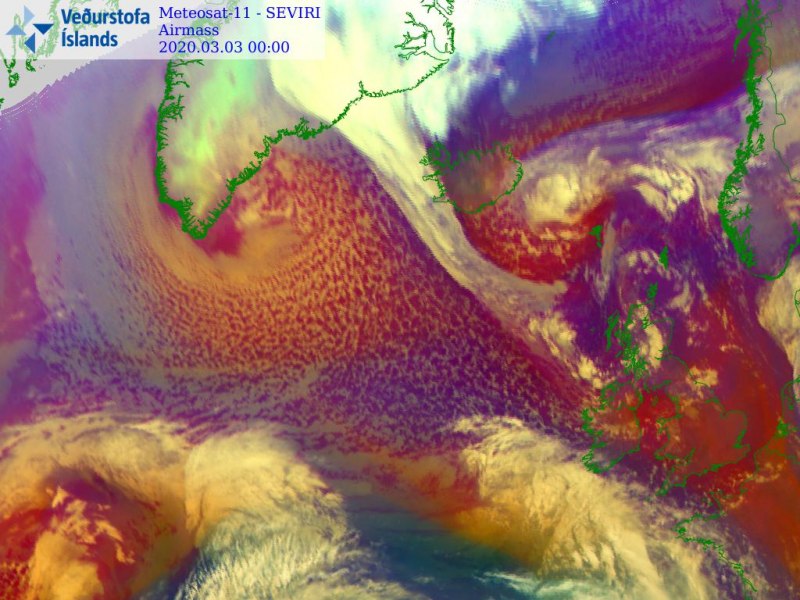 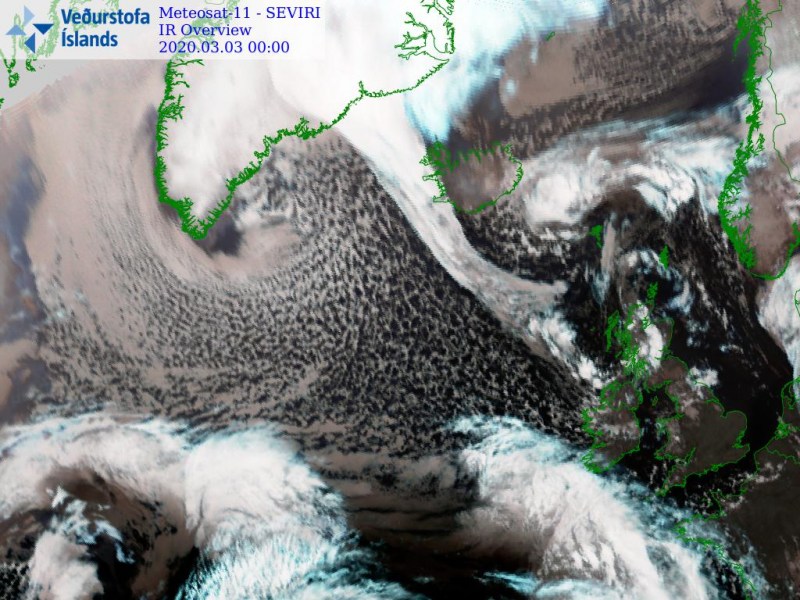 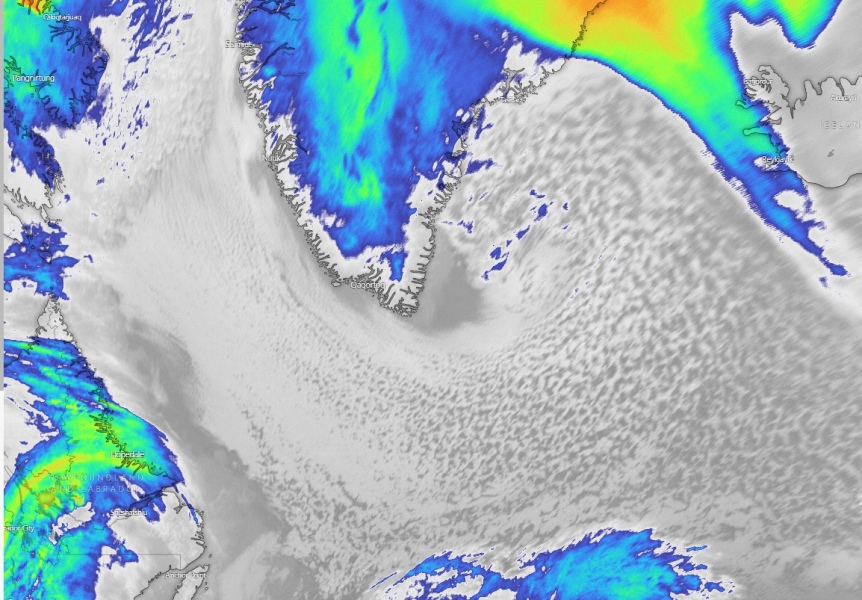 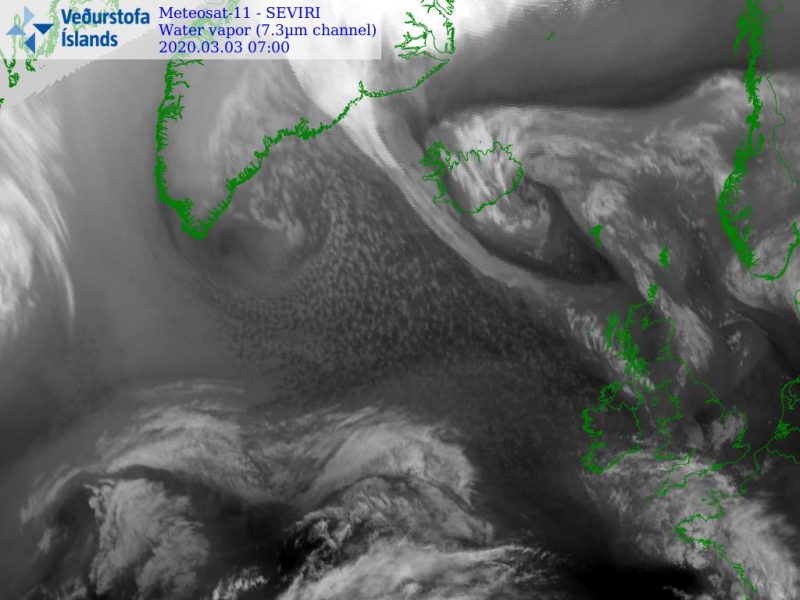 Here is some spectacular imagery of the broad and very cold air mass into the Labrador Sea, creating convective cloud streets from the much colder ice shield (Arctic region) towards the warmer sea temperatures. The cloud streets orientation indicates strong and cold winds are blowing from the interior of Labrador. The gap between the ice and the cloud streets occurs as the cold winds need some time and space (a distance of open water) to pick up enough moisture to start forming clouds. Cloud streets extend across a very long distance into the whole Labrador sea and continue into the North Atlantic. The cloud streets are there curved towards the low to their north, perfectly aligned with the main low-level flow. In the last image, we can also see very large icebergs in the interior Labrador. 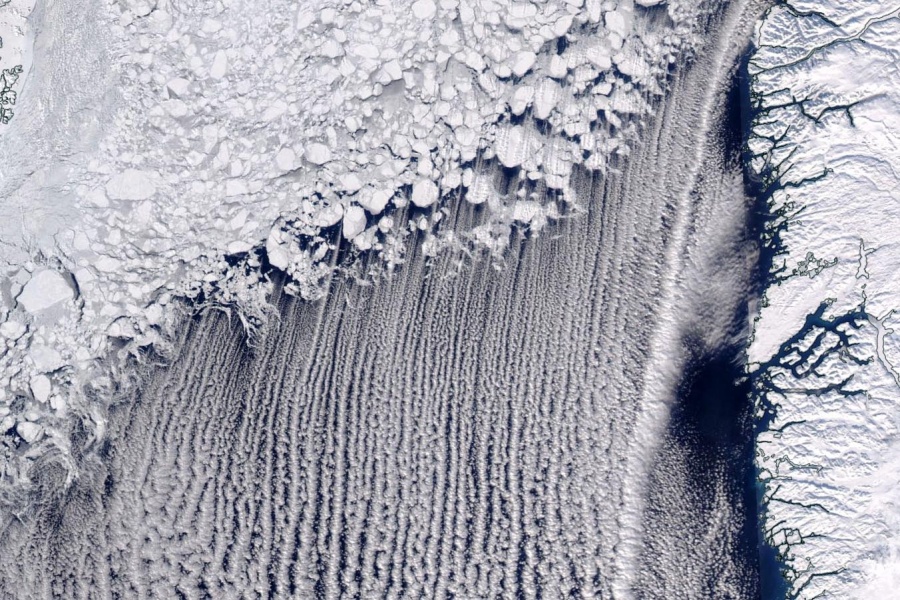 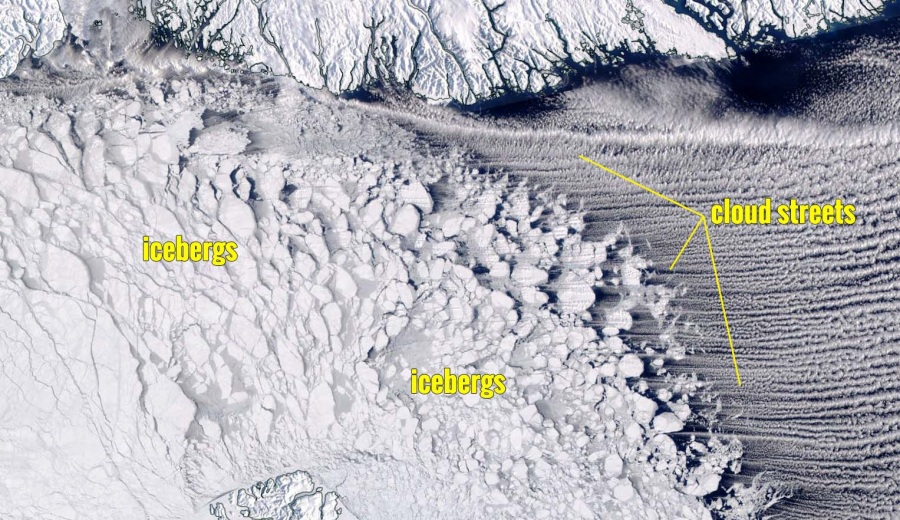 The western half of the Labrador Sea is typically covered with ice from December through April when we can see some didactic patterns over the sea and ice behavior. Attached is an exceptional view of the sea ice swirls along the edge of the ice shield across the western part of the Labrador Sea also along the southern tip of Greenland. This is a result of the combination of winds and currents steered the ice into the interlocking swirls. 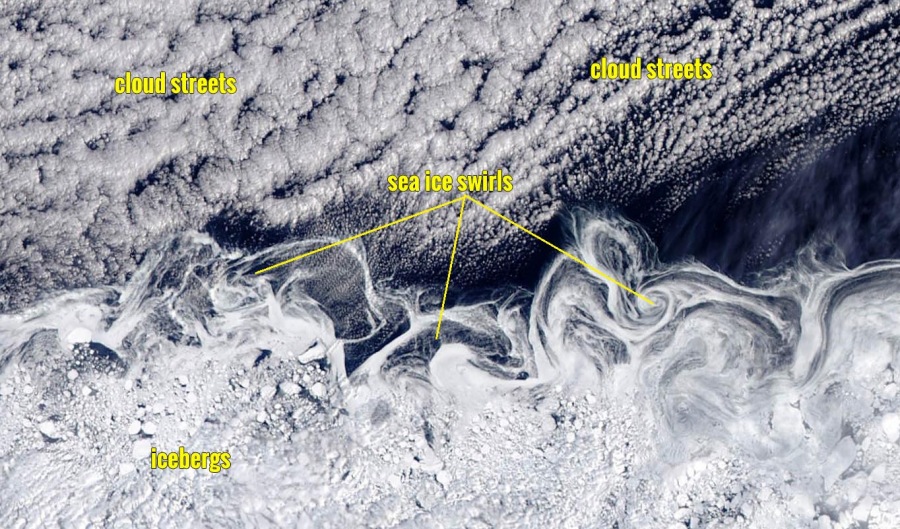 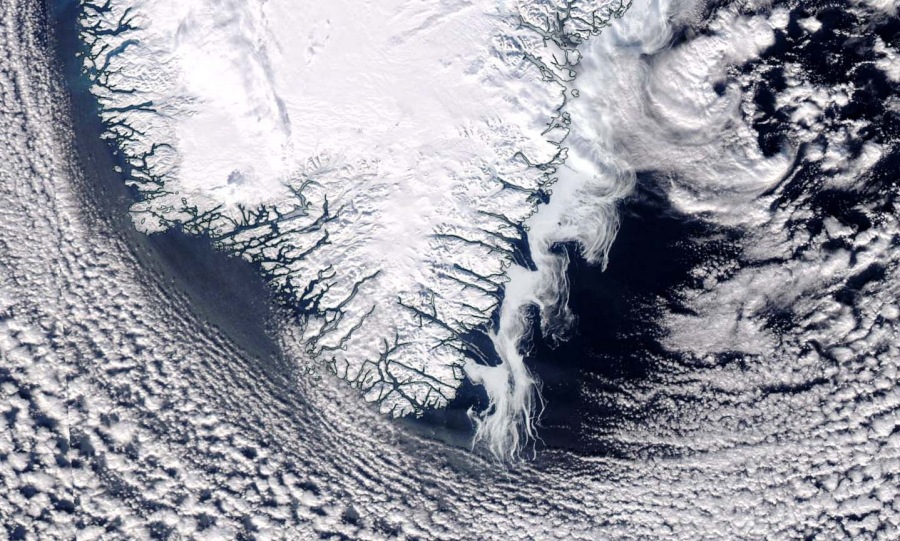