Parts of the United Kingdom, including England and Scotland, north and west France and parts of BeNeLux. Expect some severe thunderstorms with threats for torrential rainfall, large hail and severe straight line winds.

A deep low is located over the Atlantic just northwest of Ireland, with the frontal system slowly pushing eastward across the Atlantic, Ireland and the British Isles later in the day. Some very considerable, moderate to high instability builds up across England and Scotland through the afternoon and evening hours, with up to 1000-2000 J/kg MLCAPE available ahead of the front. Slightly lower instability, in 700-1500 J/kg MLCAPE range will be present in north France and BeNeLux.

Storm initiation is expected in north France and south and central England by mid to late afternoon. Any storm forming in this environment will have good potential to become a supercell with threats for torrential rainfall (PWAT in 35-40 mm range), severe straight line winds and large hail. Despite the relatively favourable low-level vertical wind profile, tornado threat will be limited by high LCLs. Inverted-V vertical profiles indicate particularly enhanced threat for severe straight line winds.

Storm coverage will be moderate initially, with isolated and discrete storms growing into a large MCS slowly pushing eastward. There is considerable disagreement between models on the location of the system, with the area possibly affected stretching from northern France and Belgium to Scotland. The MCS will dissipate in the morning hours. 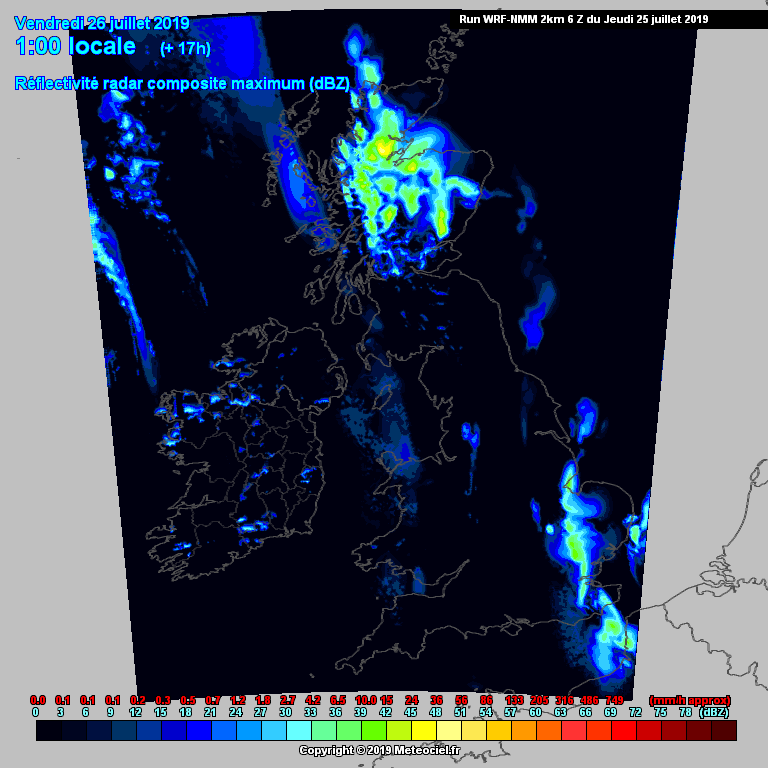 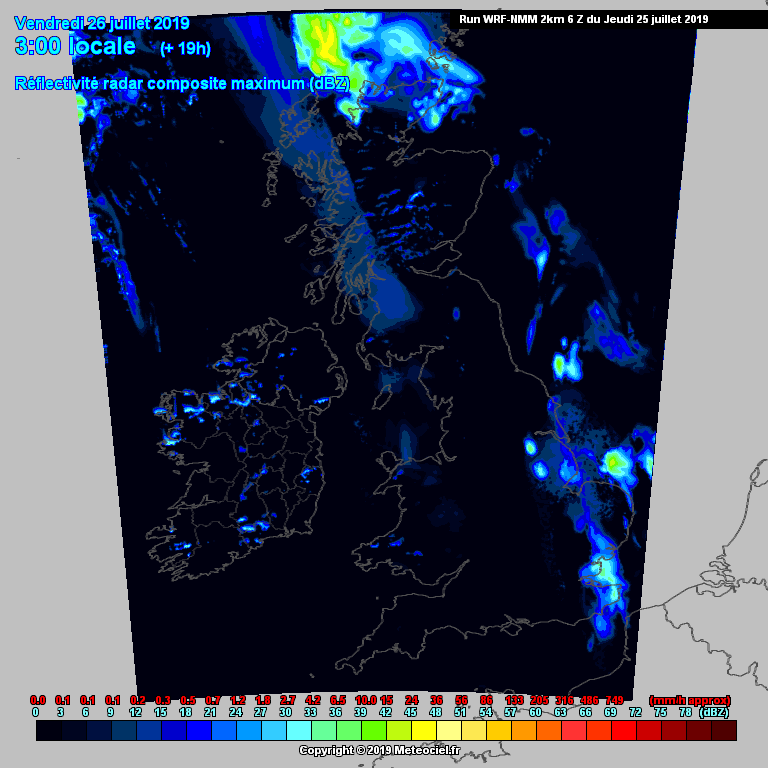