The historic and record-breaking heat wave continues across parts of western Europe. Yet another extremely hot day occurred yesterday – July 24th. Many locations have already shatterred their all-time heat records, although the hottest day is expected to be Thursday, July 25th! New record values were set across NE France, BeNeLux and W Germany!

The heat wave peaks today – July 25th – as another EXTREMELY hot day is expected today – likely with even higher temperatures than have been recorded yesterday.

Widespread extremely hot temperatures were reached yesterday, as warm advection through the lowest levels intensified to almost its highest anomaly (which is expected today, Thursday, July 25th). Many regions experienced from 38-42 °C during the peak afternoon hours! 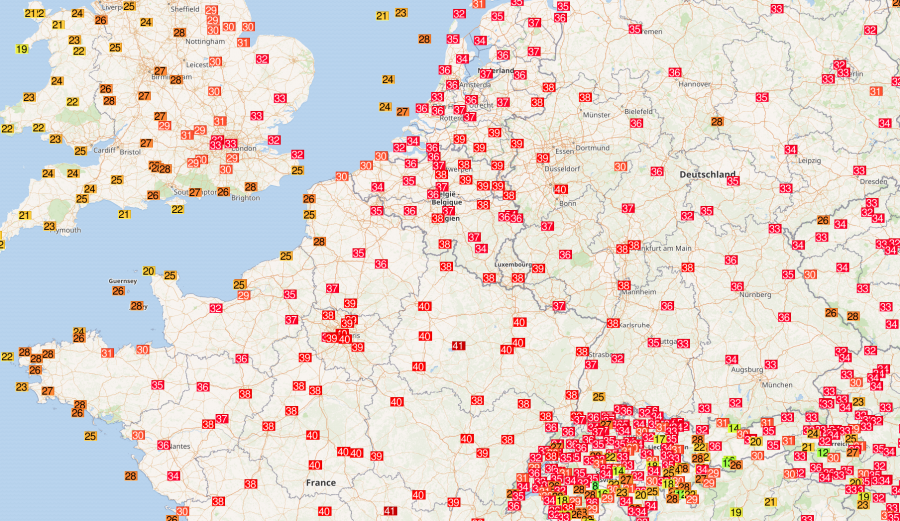 Eindhoven hit an incredible +39.3 °C which broke the old record of +38.6 °C from Warnsveld back on the 3rd of August, 1944. Below are the highest temperatures across the Netherlands yesterday, July 25th. 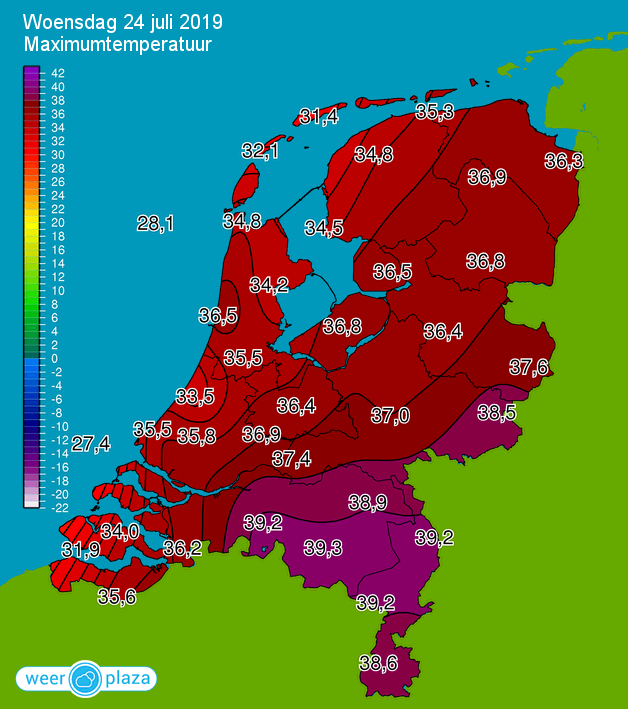 An unofficial record of +40.5 °C was reached in Geilenkirchen, beating its previous record of +40.3 °C recorded in Kitzingen on the 5th of July 2015 and 7th of August 2015. Here are the highest temperatures across Germany yesterday, July 25th: 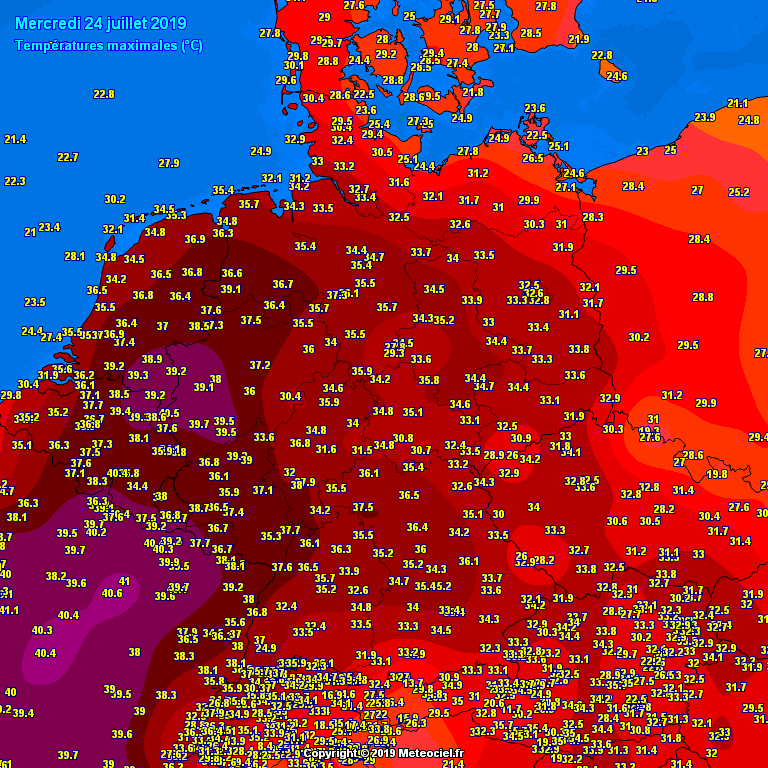 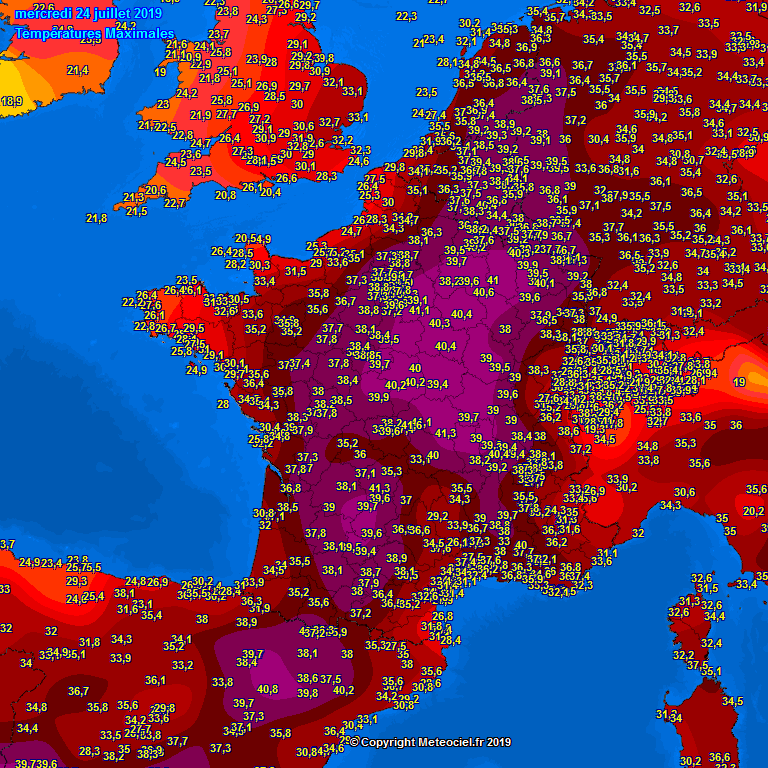 The heat wave has also been quite strong across the UK agian. SE England peaked into the low 30s – Wattisham reported 33.1 °C! 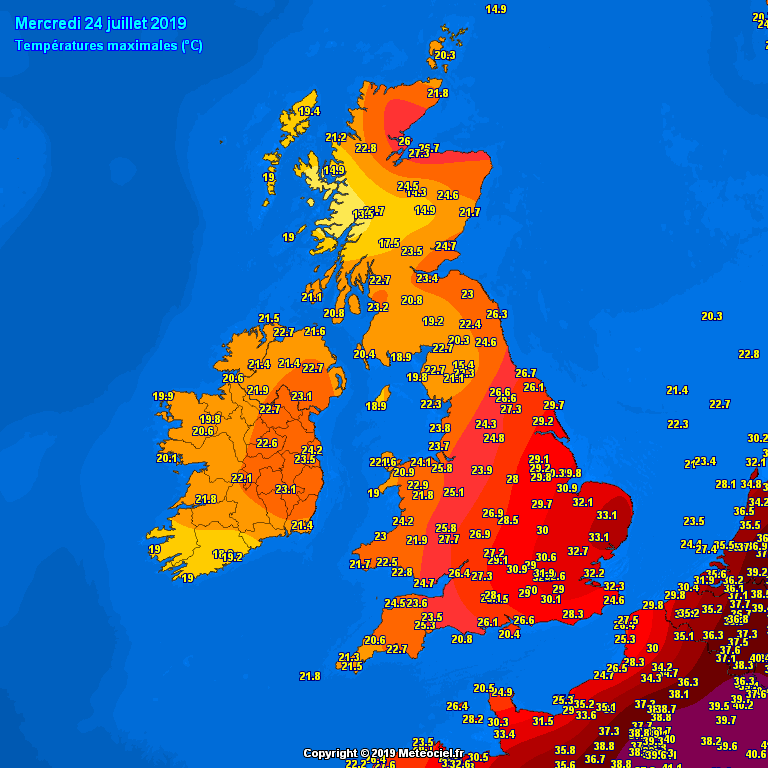 In the Iberian peninsula, the highest temperatures were again recorded across NE and S Spain with several stations again exceeding +40 °C threshold with Zaragoza (Spain) being the highest with 40.9 °C. 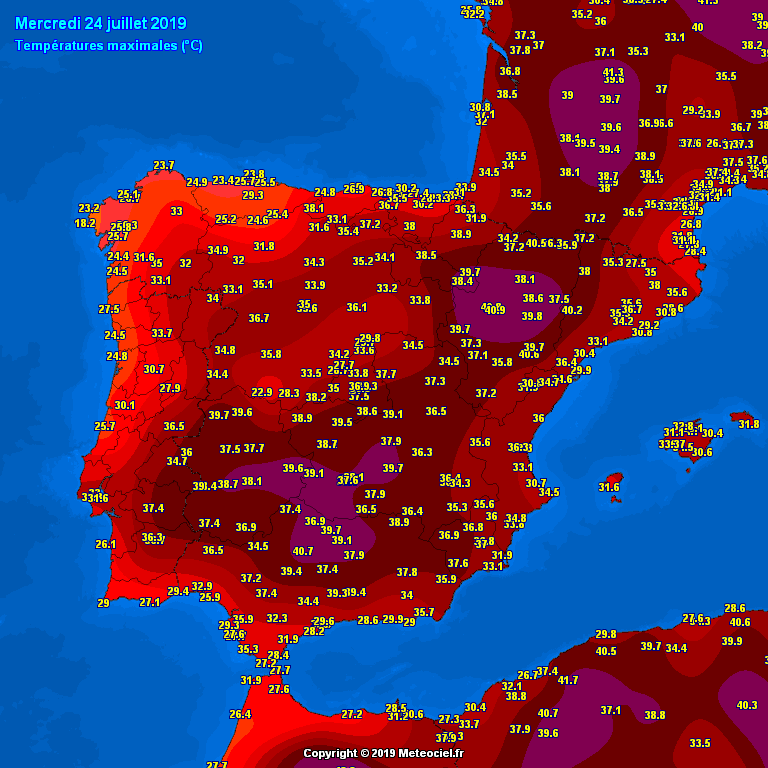 It will be even hotter today, across the large part of western Europe! Potential exists for even highest temperatures than yesterday. Belgium, the Netherlands, England and W Germany could set their heat records even higher! We are closely monitoring the evolution and will keep you updated – stay tuned!