This morning, a huge temperature difference occurred over Finland. The extreme north Lapland station Utsjoki Nuorgam reported -36 °C while the capital Helsinki in far south Finland reported +5 °C – that is 41 °C difference! This huge temperature contrast over Finland is the result of advection of very cold air mass from Arctic Russia into Lapland while an advection of much warmer air mass is coming from the strengthening ridge over western Europe.

The pattern over Europe this weekend is changing as a very powerful upper-level ridge is building over western Europe, resulting in an extremely high near 1050 mbar surface high-pressure system. The subsiding air within the ridge is resulting in significant warming of the air mass through the mid-levels. The westerly flow is advecting this airmass towards Scandinavia and the Baltic region, bringing much warmer weather than normal. 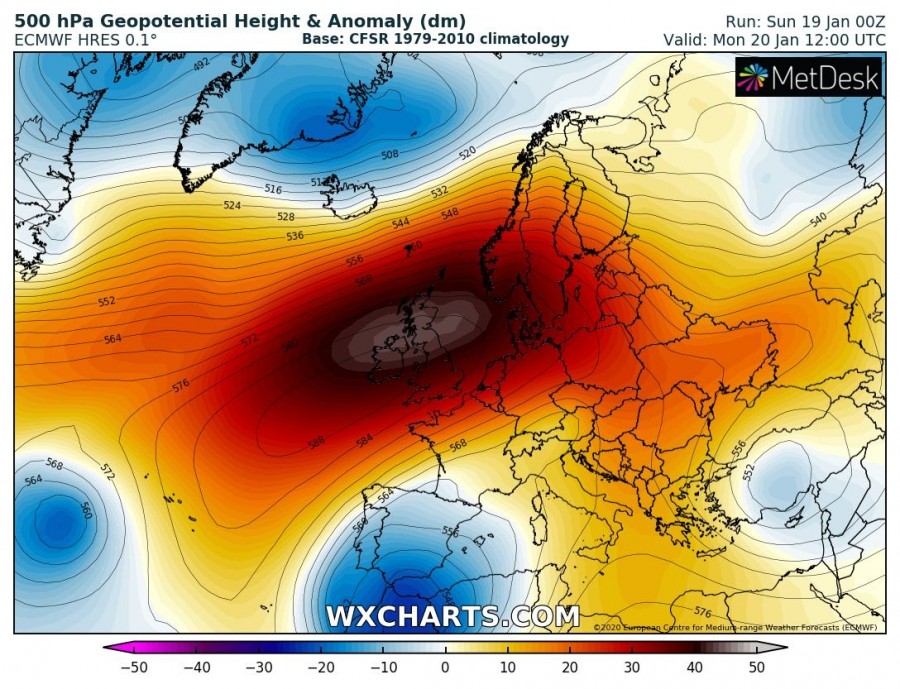 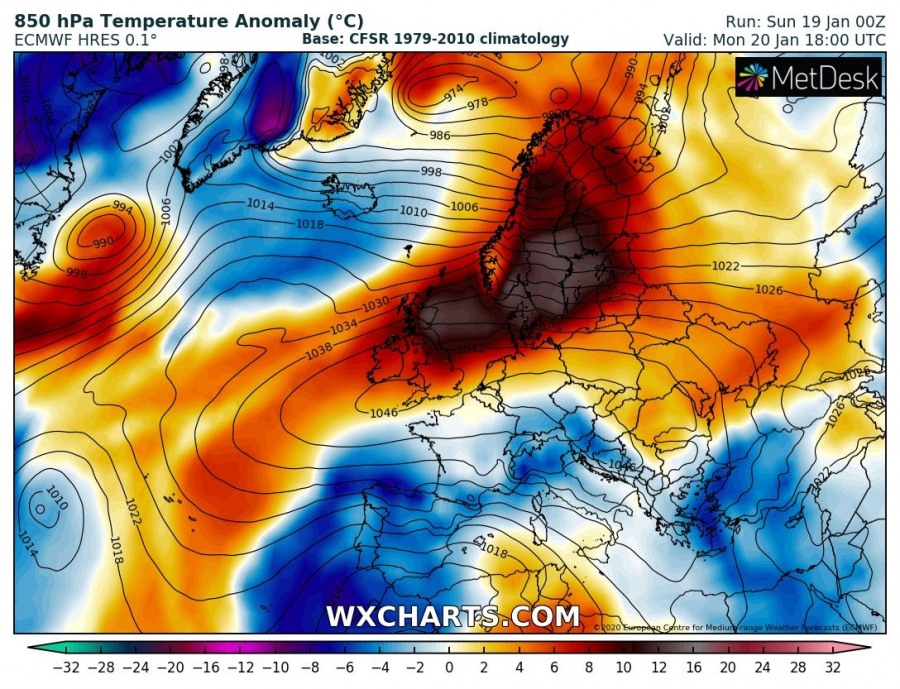 Temperature analysis across Europe this morning and close-up view over Scandinavia. One can see it is at least freezing over many parts of the continent, although we’re in the middle of winter and barely any snow in present. Warm advection is visible across the south Scandinavia, delivering around 4-6 °C above zero across the Baltic region, including southern Finland. Looking further north over Lapland, extremely cold air mass is extending from Arctic Russia, with temperatures between -30 and -37 °C across the extreme north-northeast Fennoscandia and Kola peninsula. 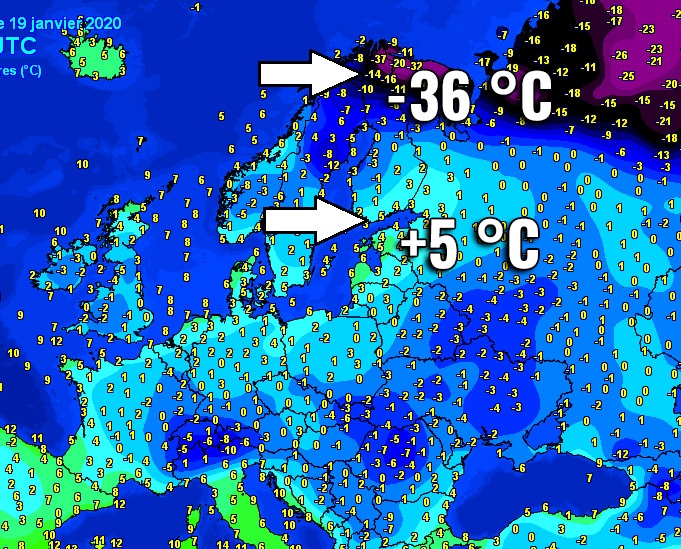 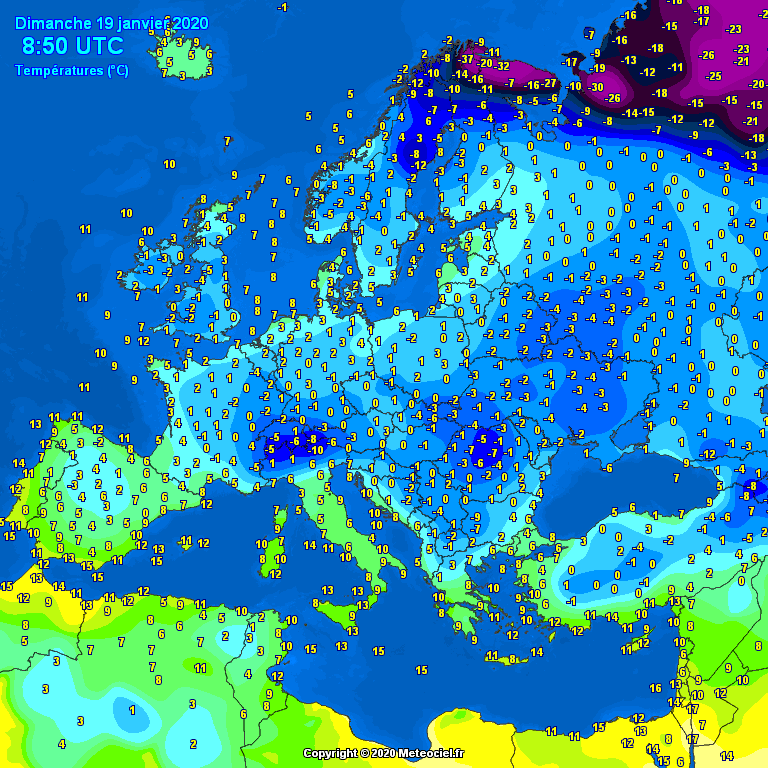 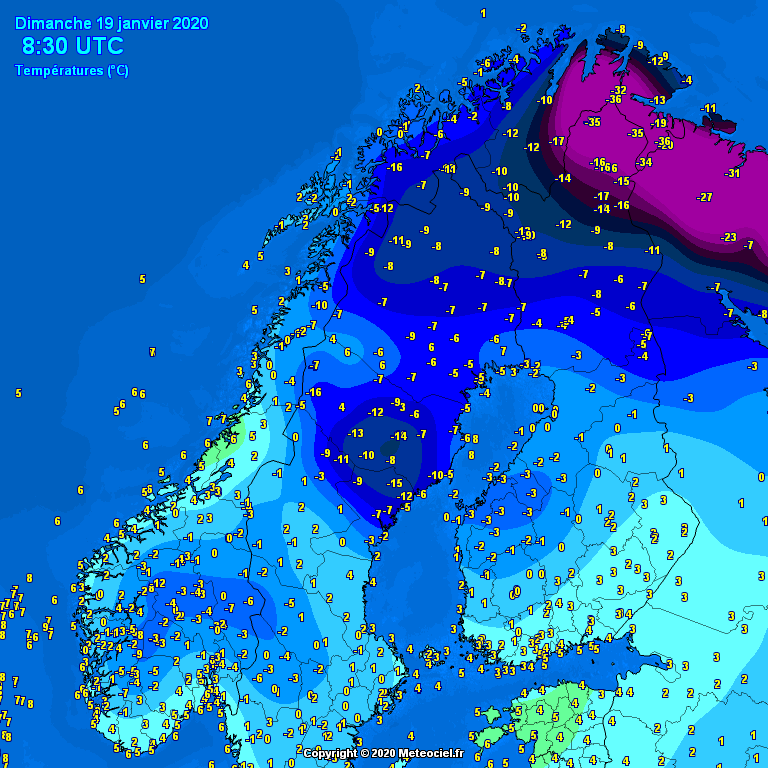 With the arrival of much warmer air mass from the west tonight, temperatures will also rise over northern Scandinavia. The Arctic cold airmass will be pushed back into north Russia.

Ocean analysis reveals 2 anomalies that will impact weather development as we head into the new year, influencing the USA tornado season and Summer in Europe