The significant pattern flip is underway across Europe as an extensive upper-level ridging – Rex block is developing this weekend. Surface pressure readings across UK and Ireland are already reaching the upper 1030s and rising, expected to push very near 1050 mbar by Monday morning. Pressure should rise above 1045 mbar also across central Europe and the Balkans. Stable weather establishes over large part of Europe.

Here is the animation of this strengthening surface pressure, forming over western Europe and gradually spreading across a large part of Europe while pressure is rising from Sunday through Tuesday:

This is the perfect example of strong high-pressure system; our reporter Zoran Stanko recorded this timelapse of low cloudiness beneath a thermal inversion in Croatia on Friday:

Mean sea-level pressure has been rising quite fast today and is now already a shy below 1040 mbar over Ireland where its center is currently located. Attached is the southern Ireland station Roches Point (40 m ASL), indicating the pressure has risen up to 1039 mbar (from the morning’s 1024 mbar). It will continue rising into the upper 1040s until Monday. 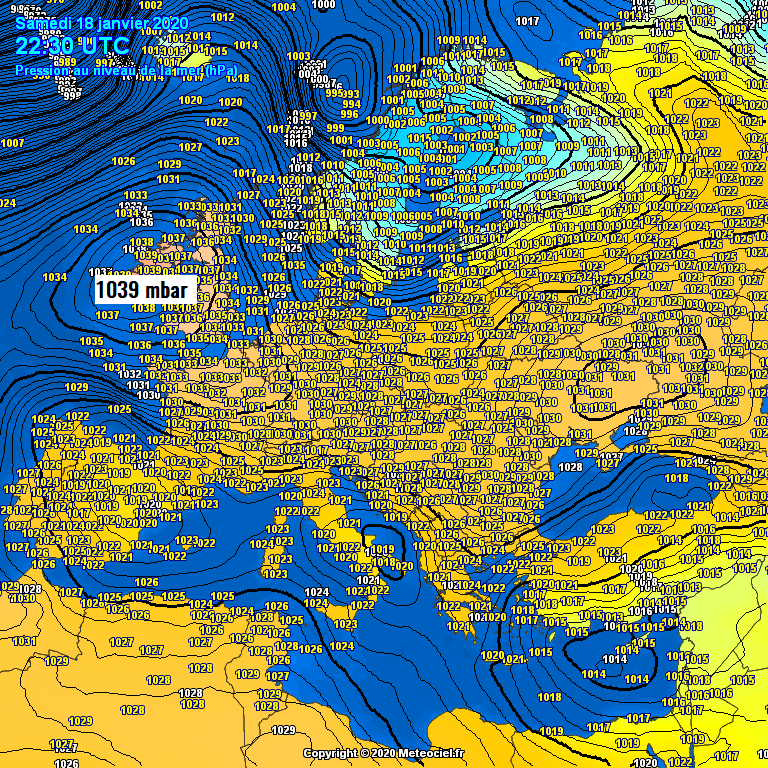 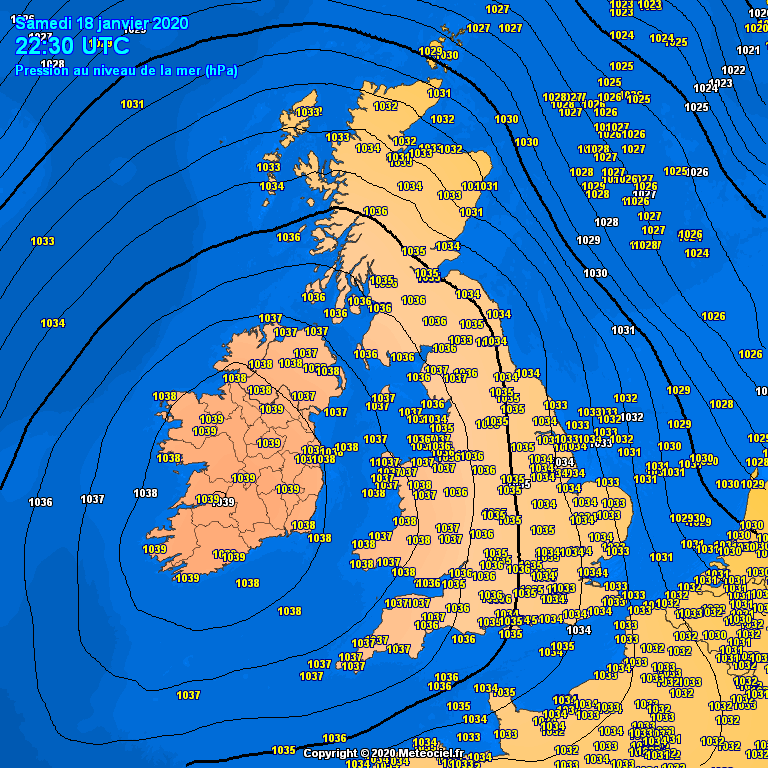 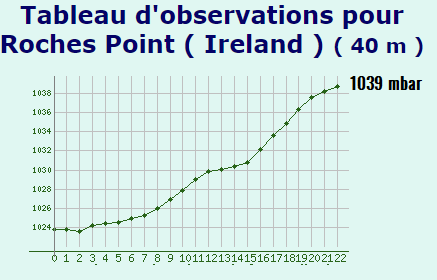 The upper-level ridge is strengthening through Sunday, becoming very strong through Monday and Tuesday with huge near 50 dm geopotential heights anomaly over the North Atlantic and western Europe. That’s pretty impressive and it should block the pattern for at least 4-5 days, resulting in stable weather. Strong thermal inversions will form near the surface. 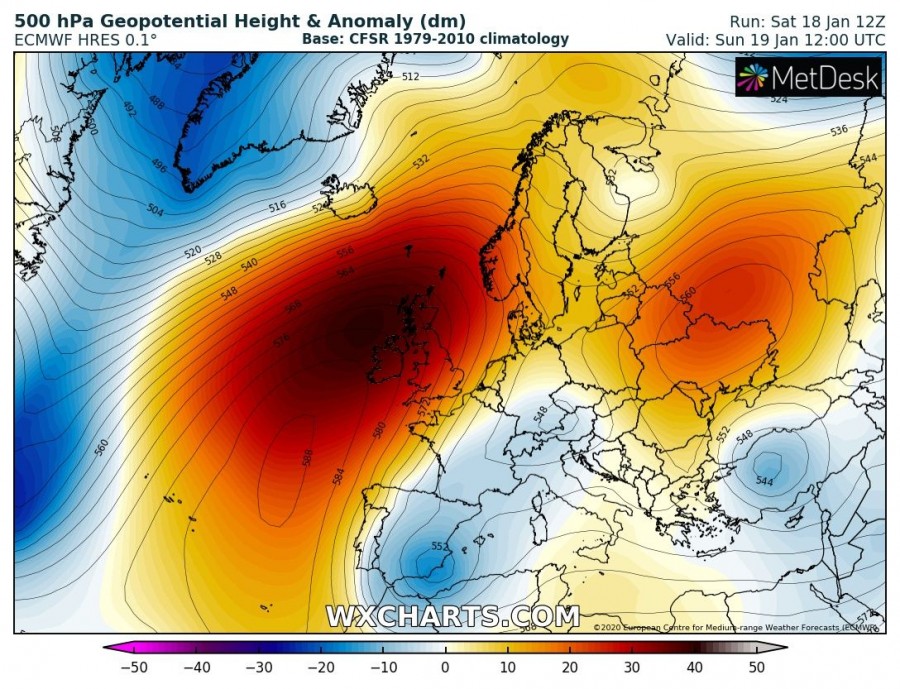 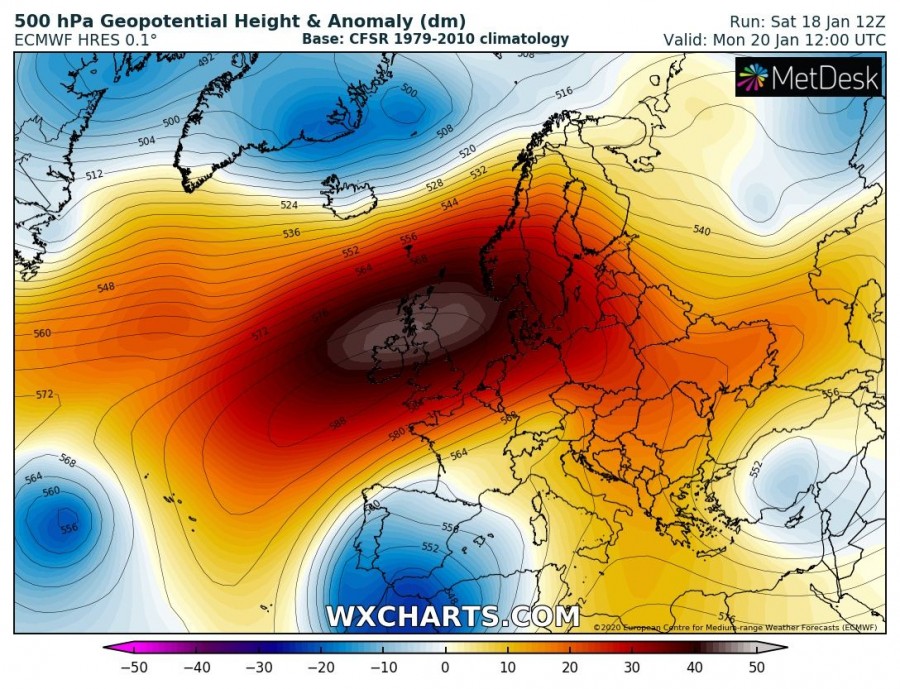 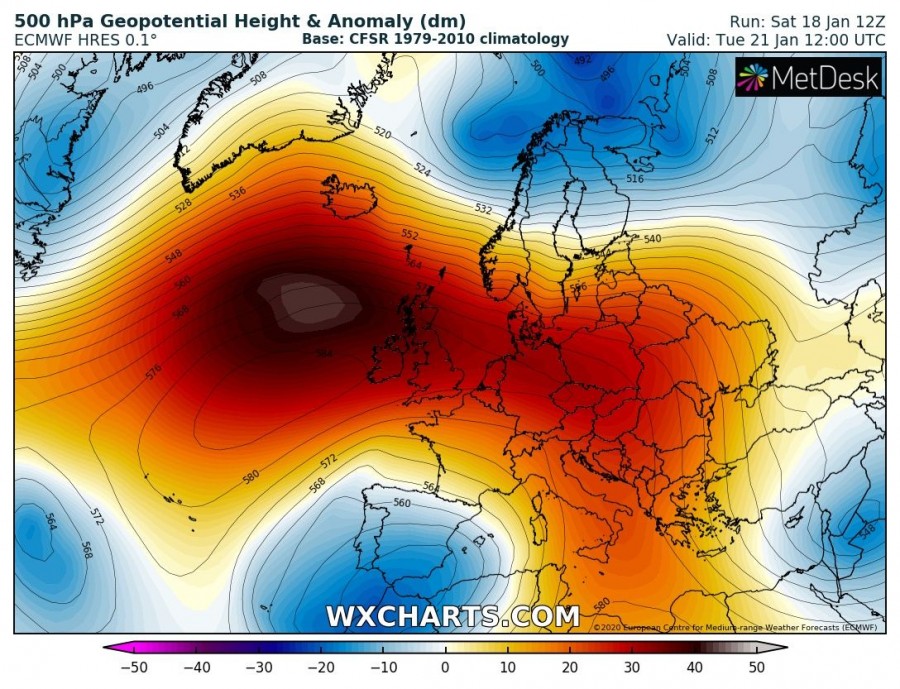 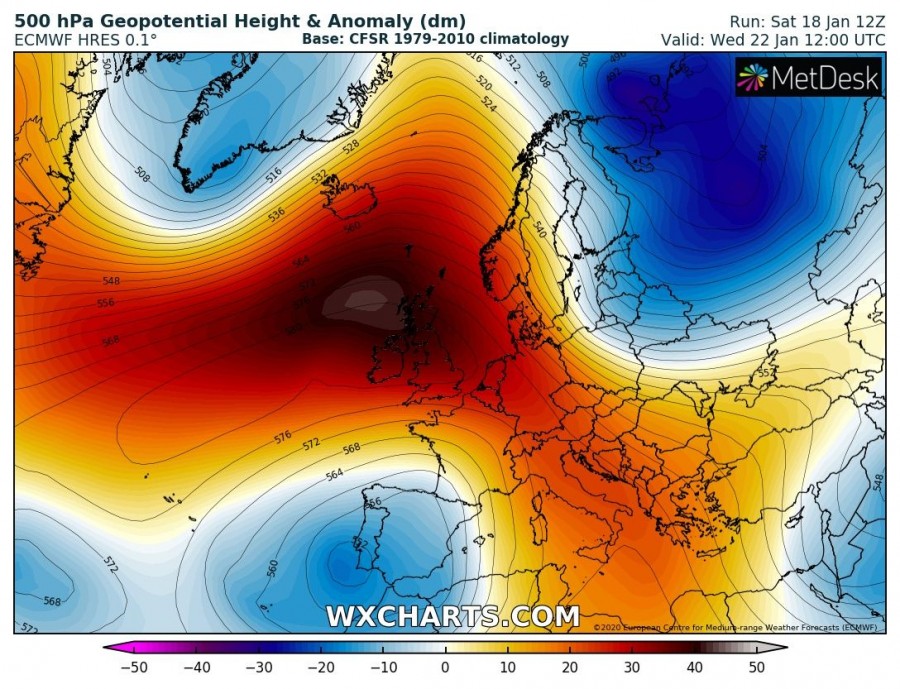 The strengthening upper-level ridge is also responding to rising surface pressure due to subsiding air within the ridge. Surface pressure reading should already reach 1040 mbar over the UK and Ireland tonight and above 1045 mbar Sunday afternoon. Pressure will continue rising into the upper 1040s, possibly even touching 1050 mbar in some places across Ireland and England / Wales on Monday! Very high surface pressure is also spread across central Europe and the Balkans, reaching up to around 1045 mbar on Monday. While on Tuesday the pressure lowers slightly over western Europe, it reaches its peak into the upper 1040s over central Europe and northern Balkans as well – could not exclude around 1048/1049 mbar locally. As upper ridge persists over western Europe and North Atlantic through mid-week, pressure reading remains above 1040 mbar there at least until Thursday. It gradually returns below 1040 mbar across central Europe and the Balkans. 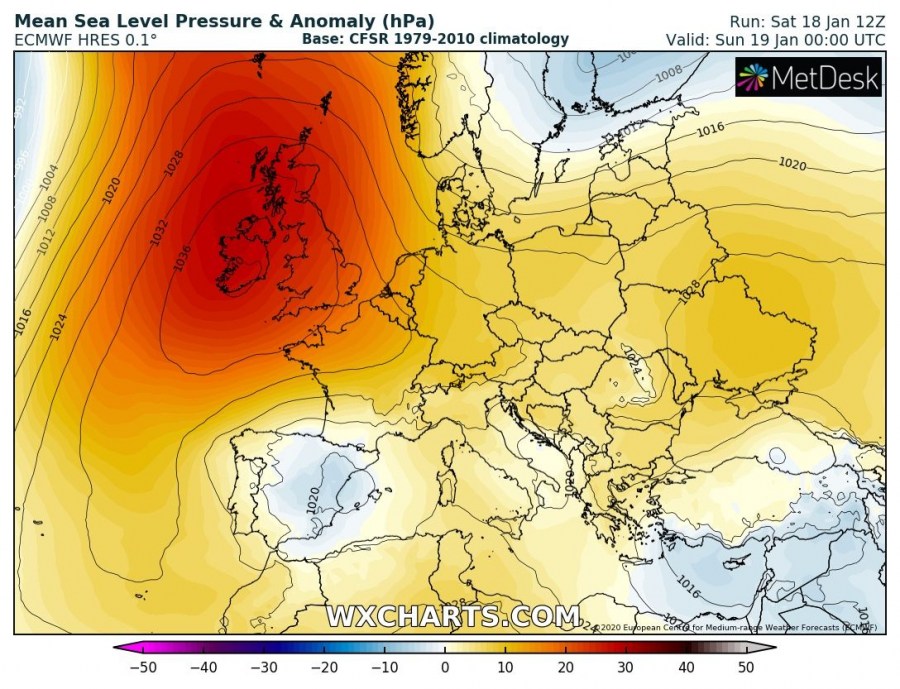 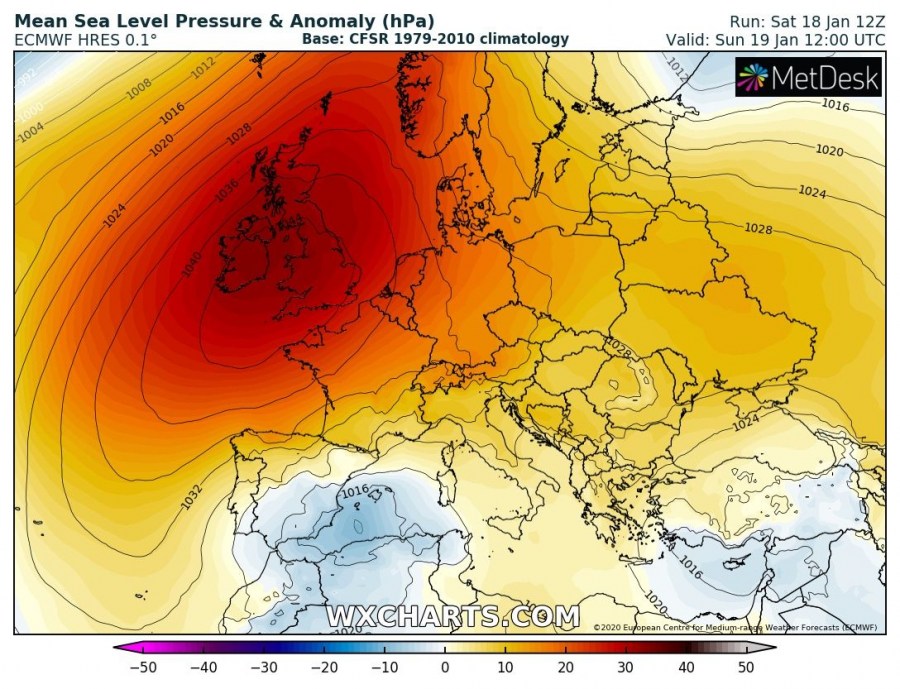 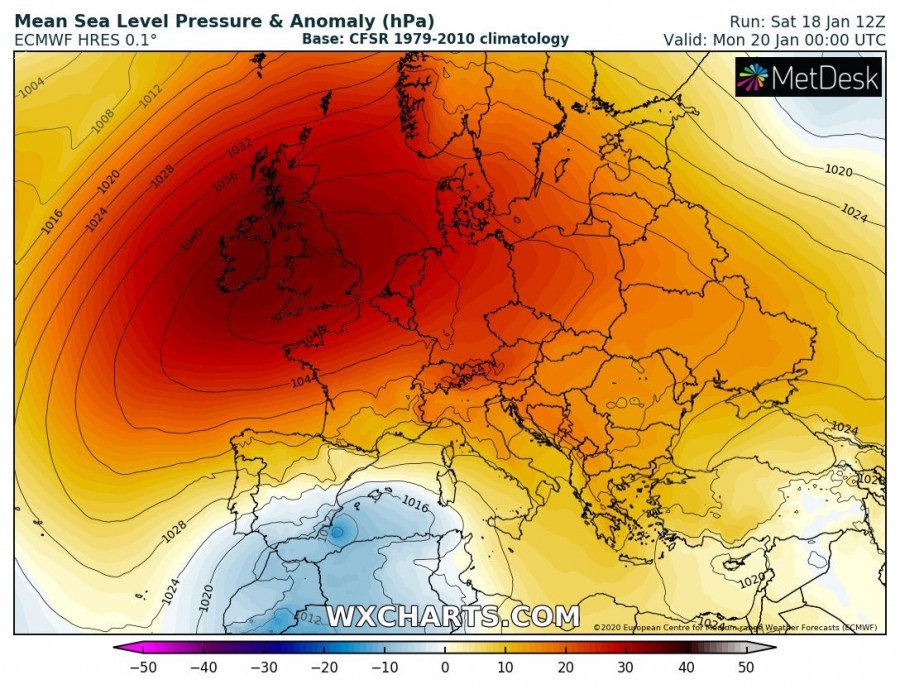 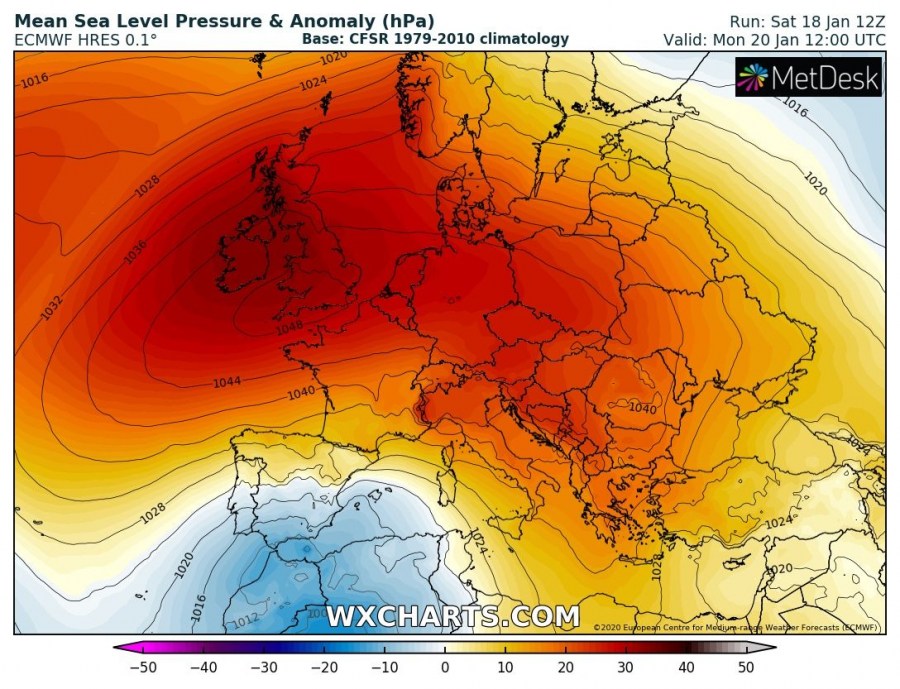 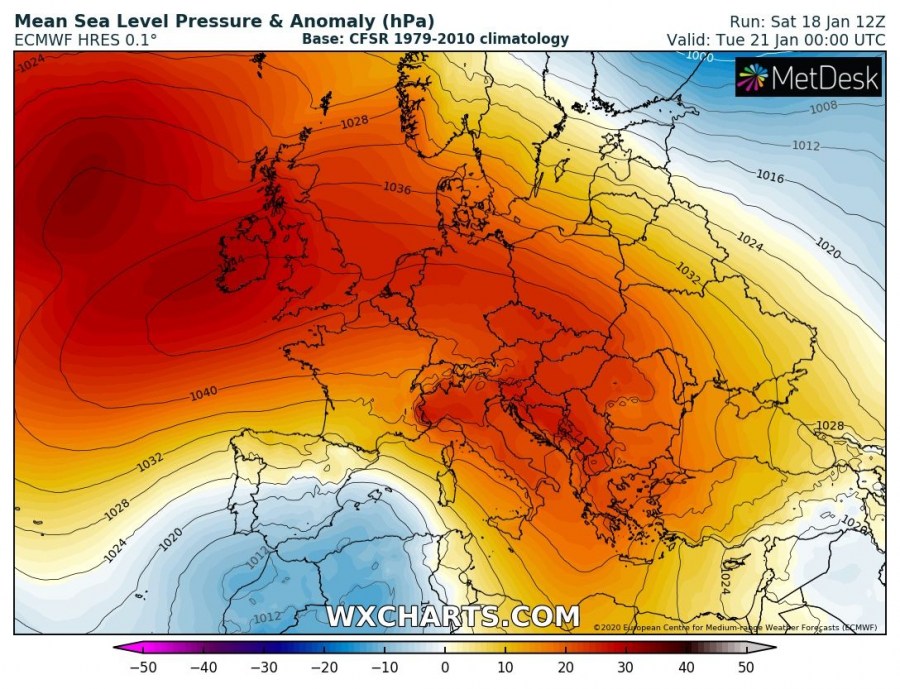 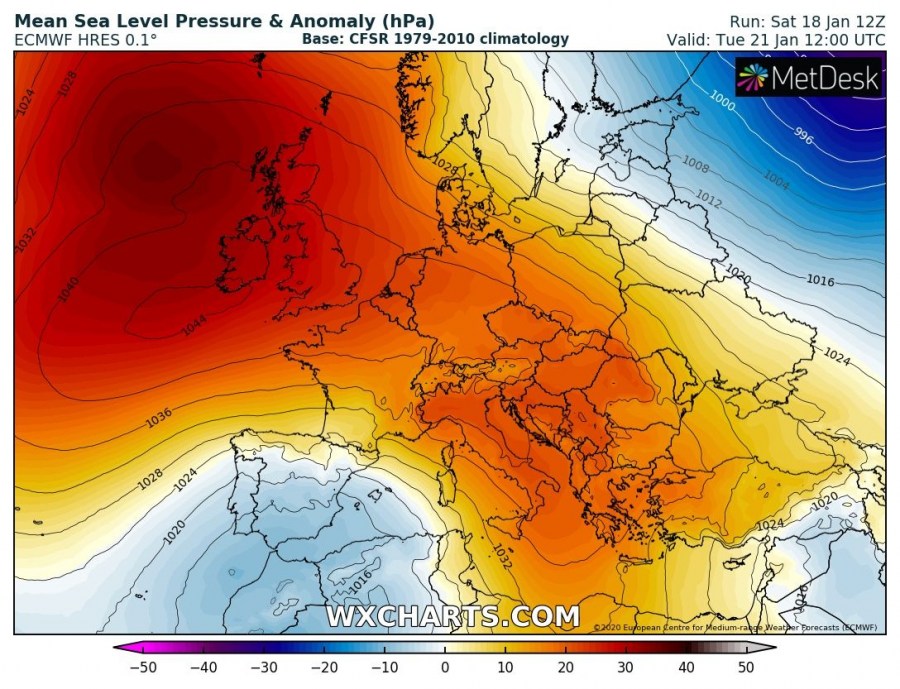 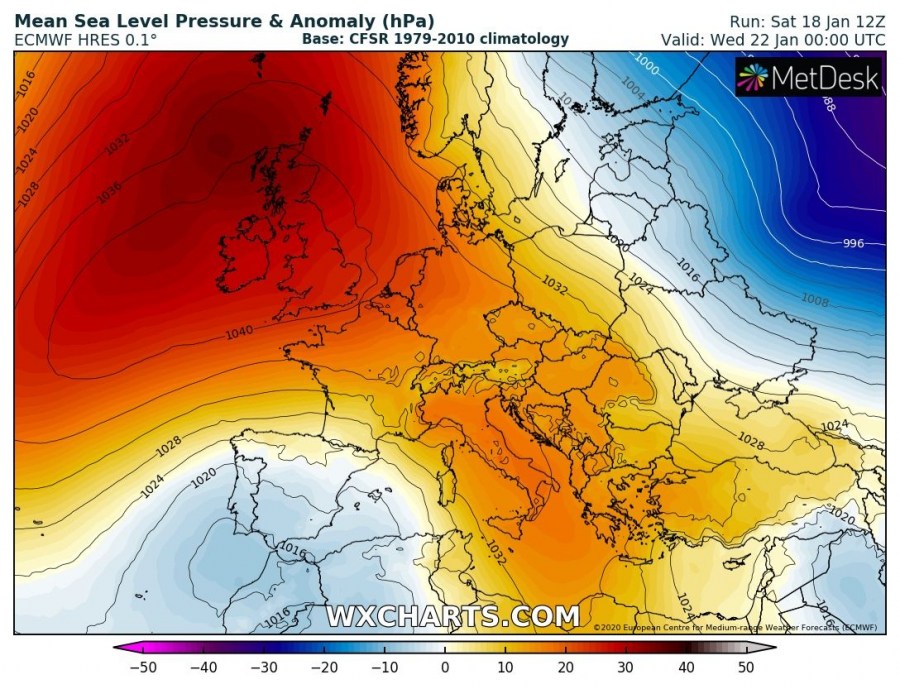 High-resolution forecast map of mean sea-level pressure across Europe on Monday morning, a broad area of 1045-1050 mbar from western Europe into east-central and the Balkans (graphics produced in-house by our co-Admin Andrej Flis): 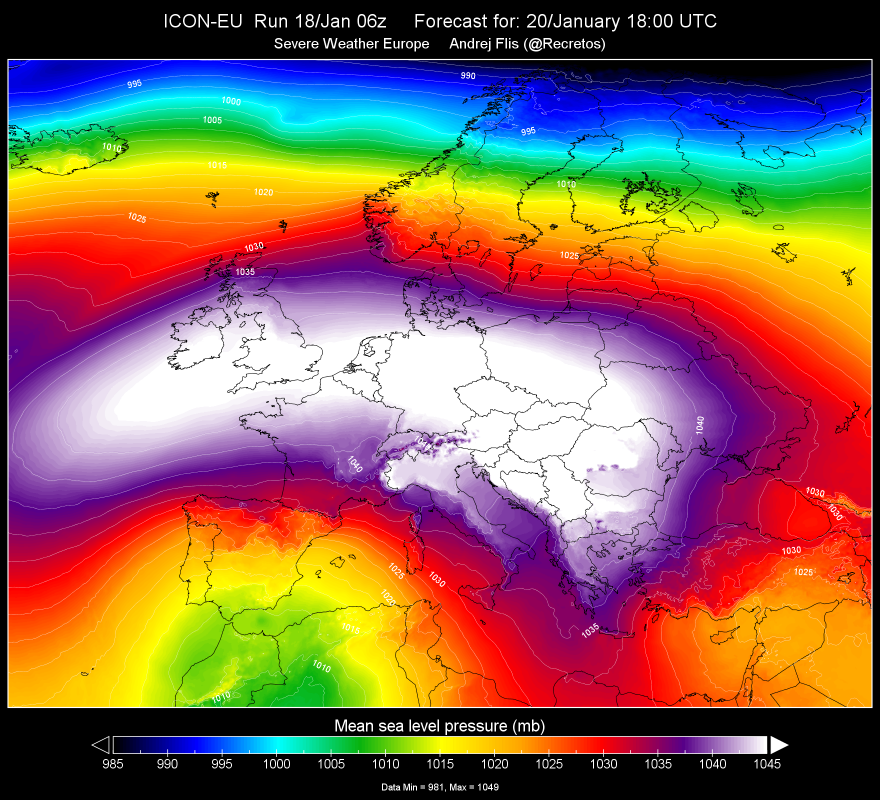 Have you Join the SWE Photography contest yet? We are releasing weekly winner results from 2019: