Parts of Russia again plunged towards -60 °C last night, while parts of Australia are in the middle of the summer and a strong heat wave, with temperatures approaching 50 °C. Yesterday, the difference between the two areas was over 100 °C! 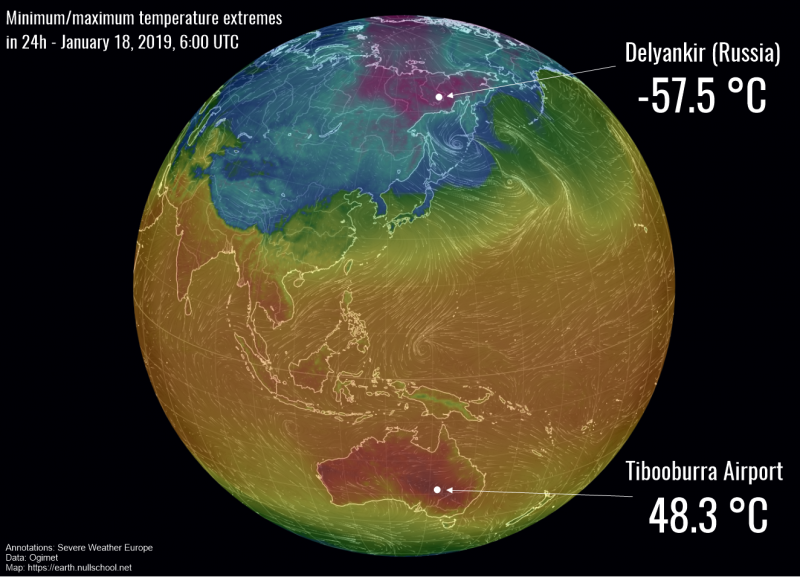 Temperatures plunged down to -57.5 °C in Delyankir (Oykmyakonski District, Sakha Republic) in far eastern Russia last night. This part of Russia is the one of the coldest places on Earth and the coldest inhabited area – the (fairly) nearby Oymyakon holds the official lowest recorded temperature in the northern hemisphere: -67.7 °C on February 6, 1933.

Meanwhile parts of Australia have been undergoing a scorching heat wave. Yesterday temperatures peaked at a blistering 48.3 °C at Tibooburra Airport (NSW), while a number of stations recorded peak temperatures above 45 °C. The official highest temperature in Australia recorded so far was 50.7 °C in Oodnadatta on January 2, 1960. The record for the highest minimum (night) temperature was broken last night: Noona (NSW) recorded a minimum temperature of 35.9 °C, as reported by the Bureau of Meteorology, New South Wales.

Below is Ogimet data for the minimum and maximum temperatures in the past 24h up to January 18, 6:00 UTC for Russia and Australia, respectively: 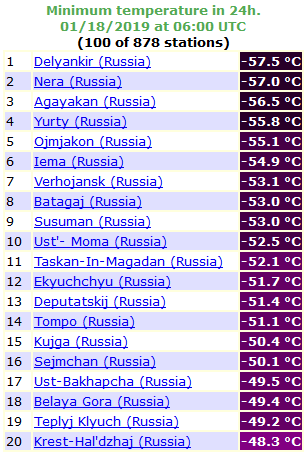 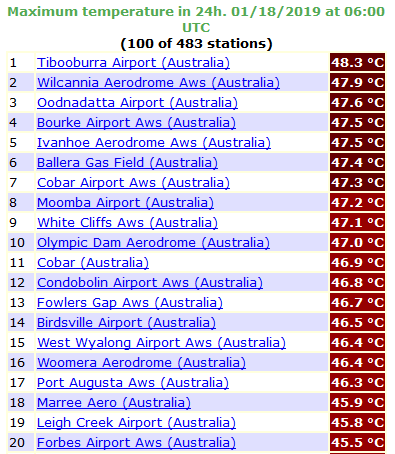 That is a temperature difference of over 106 °C between the two extreme places. 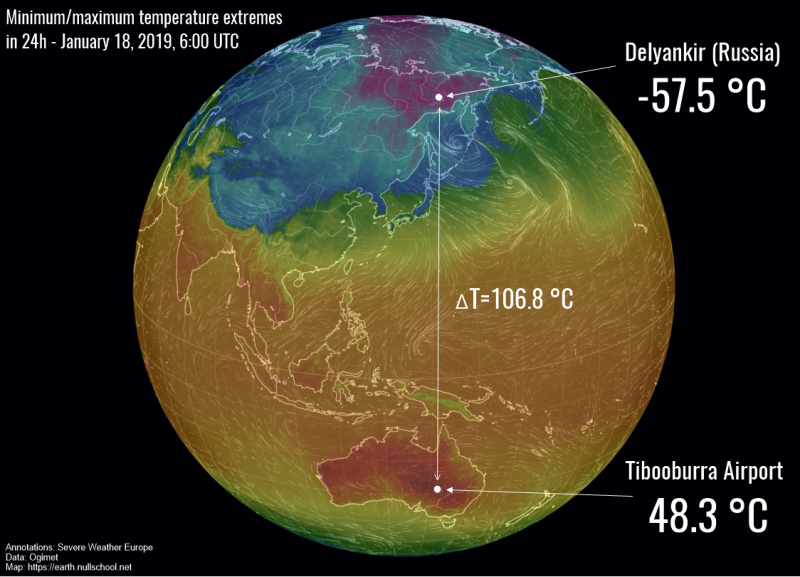