An outbreak of cold airmass is moving towards the central Europe tonight where the cold front and secondary cyclogenesis over the northern Mediterranean will bring a new round of snow to the region. Slovenia, Croatia and Bosnia and Herzegovina will see significant snowfall until late on Friday.As the coming cold front passes across the Alps, secondary cyclogenesis takes place over the Ligurian sea, forming a rather weak Genoa low. The low persists over the region, pushing into the Tyrrhenian sea, while another, very shallow cyclone forms over the Adriatic sea.

The frontal passage and cutoff low bring the first significant snowfall of the winter to parts of Slovenia. Slovenia will likely receive significant snowfall down into lower elevations, except for the coastal area. Peak amounts are expected in W-NW Slovenia, particularly in the Julian Alps with about 20-50 cm of fresh snow, up to about 10-20 cm at higher elevations of the Dinarides and Alps of northern Slovenia. Also expect significant snow in Gorski Kotar, up to 20-40 cm likely and further south along the Dinaric mountain range into Bosnia and Herzegovina and Montenegro. 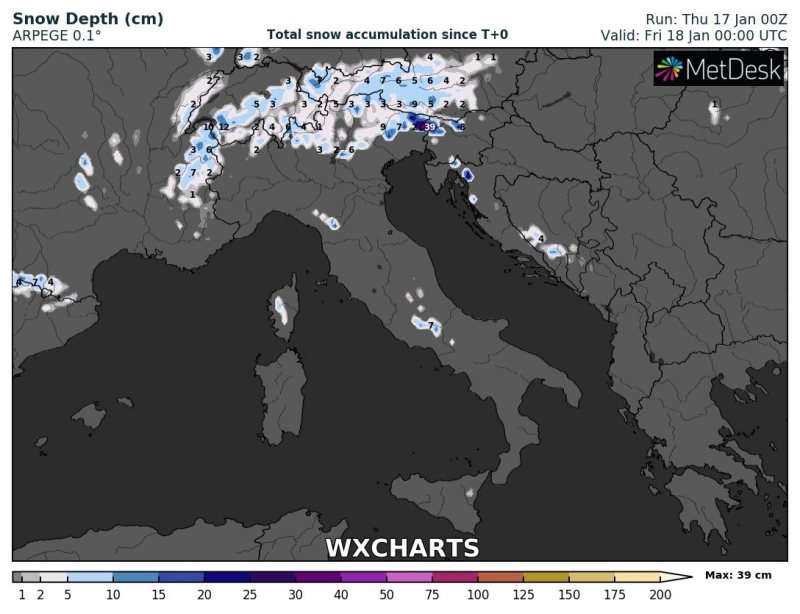 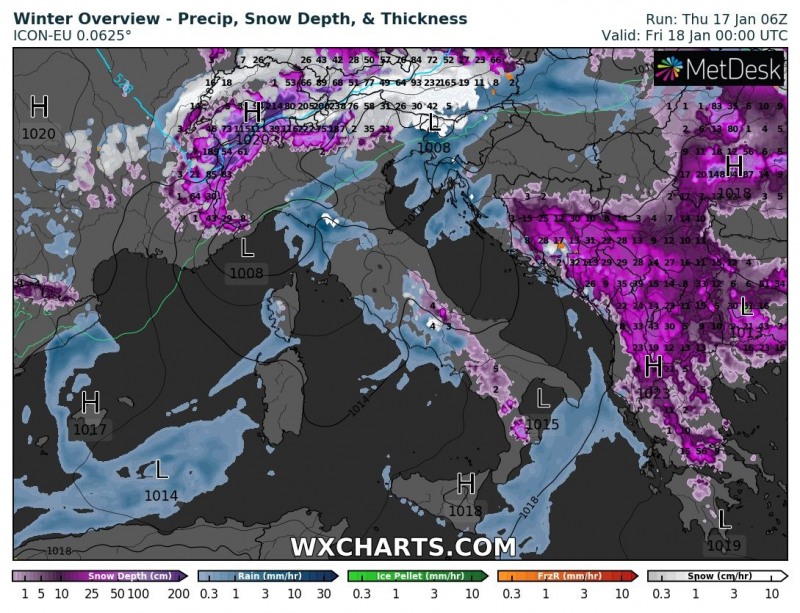 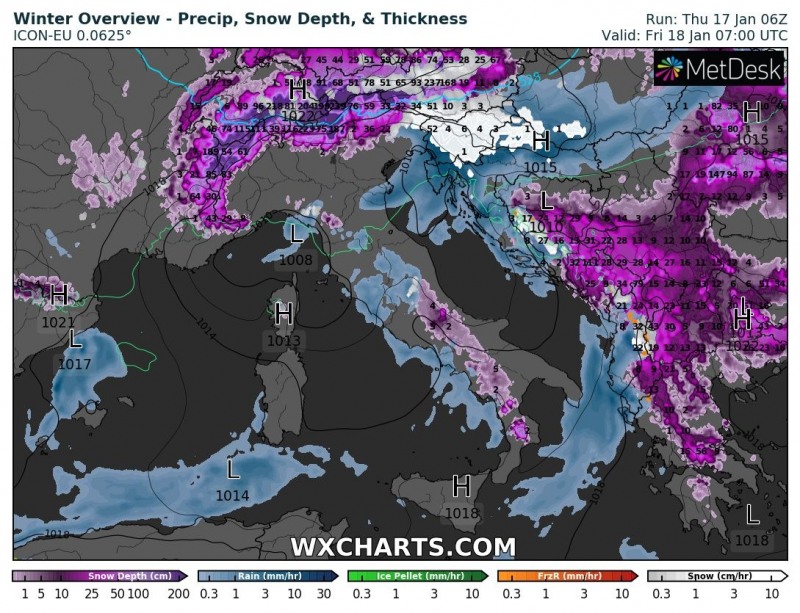 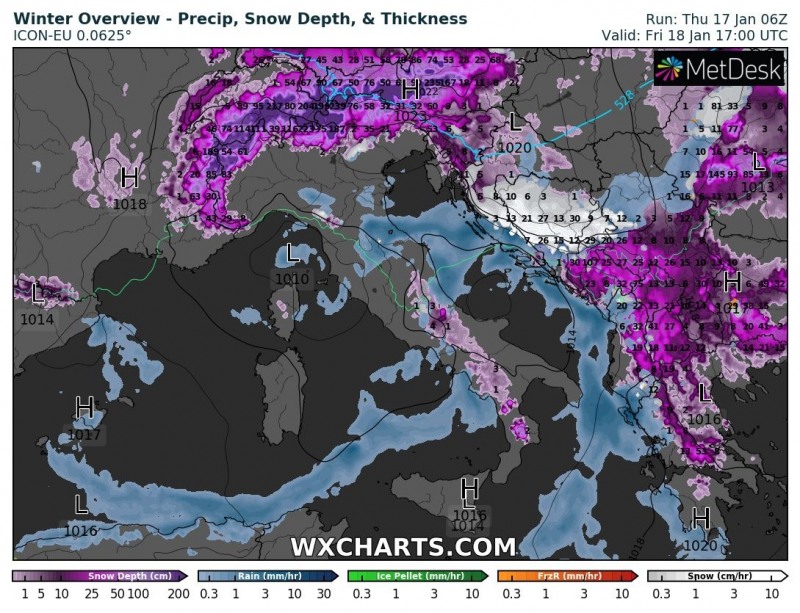 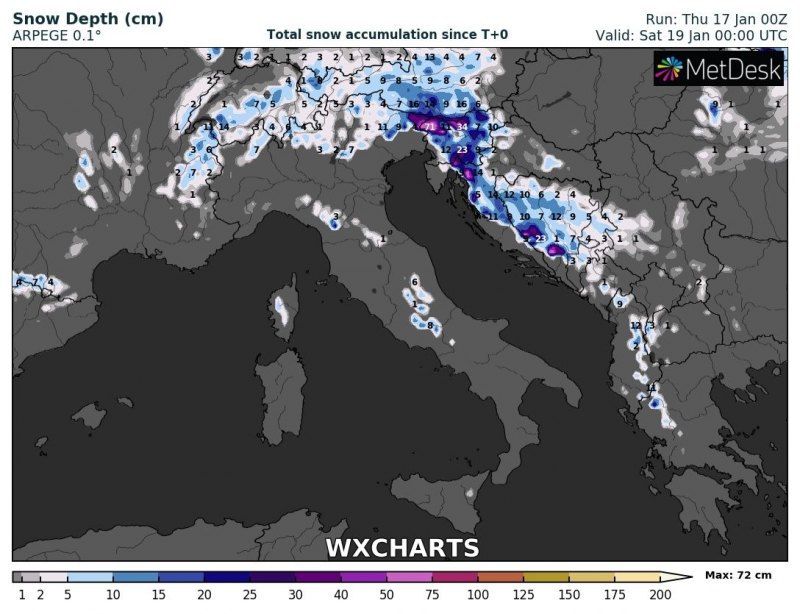 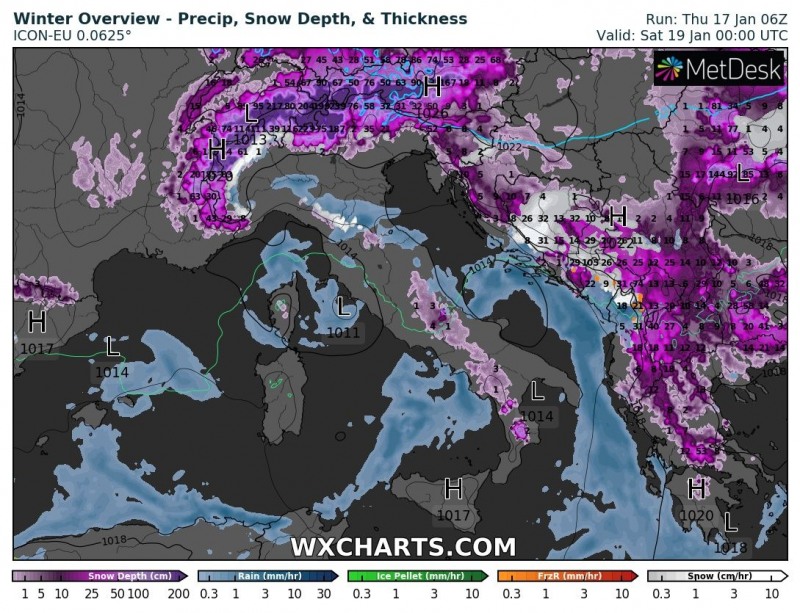 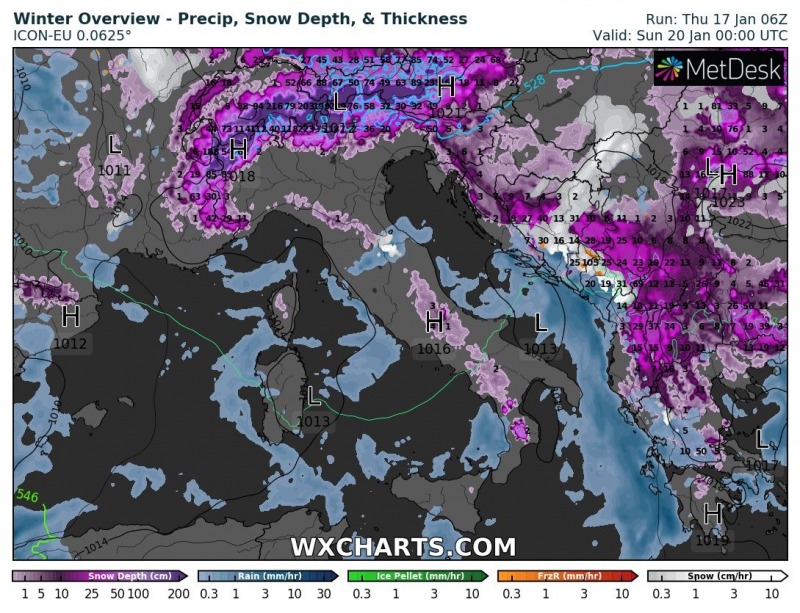 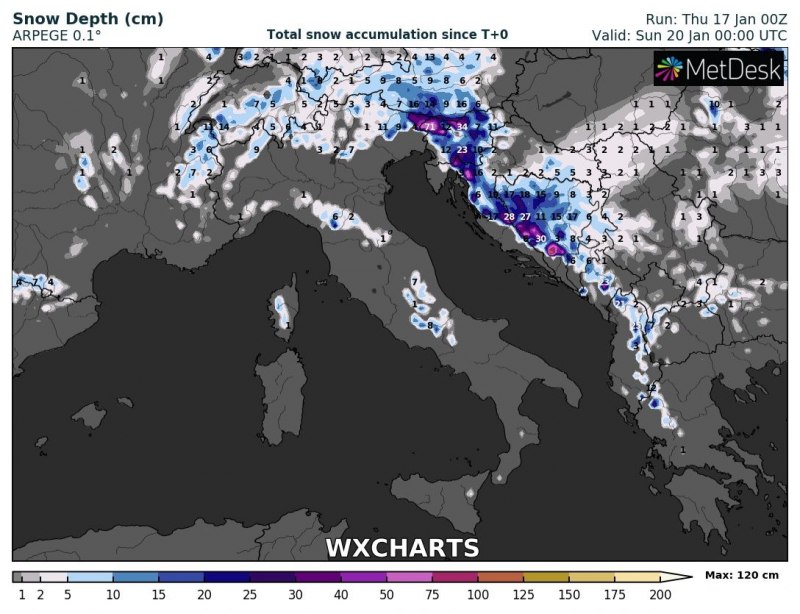 The event will first bring a lot of rain into the region and snowfall above 1000m height. The cold front starts advecting into the N Balkan peninsula by early Friday morning hours, resulting in precipitation changing into snowfall and then diminishing from north to south over NW Balkan on Friday while continuing further south. Blizzard condition will develop behind the front. 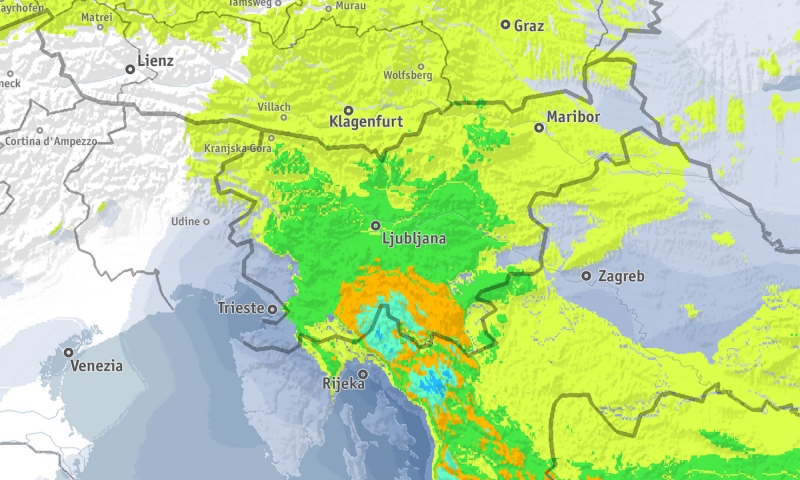 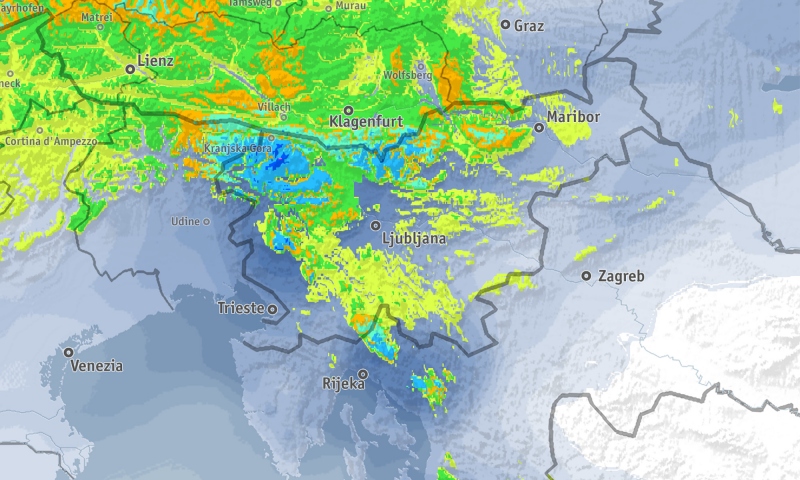 Total snow depth as of early next week, quite some fresh snow over the WSW Balkan peninsula at the end – likely 30-50 cm locally. 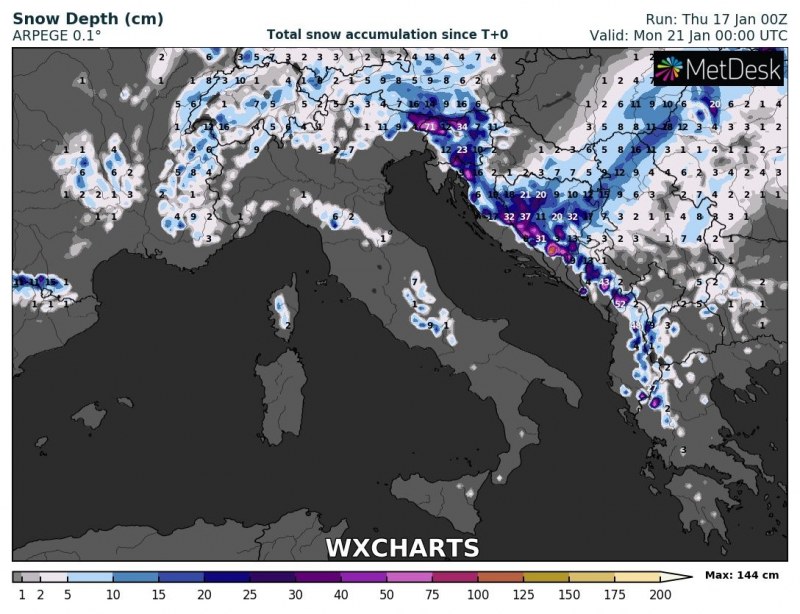 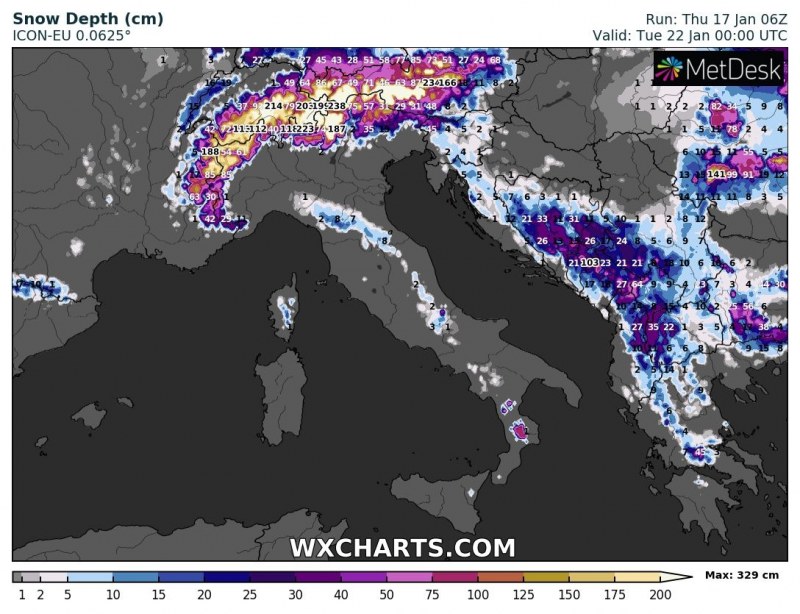