Post-tropical storm Ophelia makes landfall in southern Ireland early this afternoon – peak winds reported so far: 191 km/h at Fastnet lighthouse, the most southerly point in Ireland, likely associated with a sting jet. 155 km/h reported at Roches Point, S Ireland. 120-135 km/h reported so far at other locations along the S coast of Ireland.

Some preliminary values so far (note that peak winds in S-SE-E Ireland, as well as W Wales are expected later during landfall):

Keep in mind this data is preliminary. 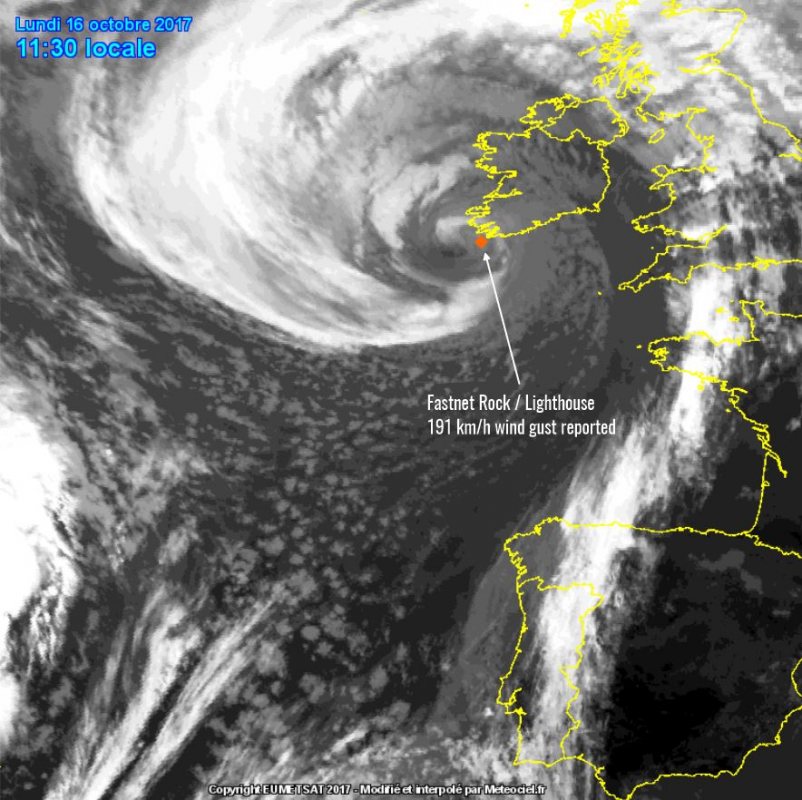 Up to 191 km/h gusts at Fastnet Lighthouse. Maximum gusts sustained at ~180-190 km/h during the past two to three hours. Image: EUMETSAT / Meteociel.fr. 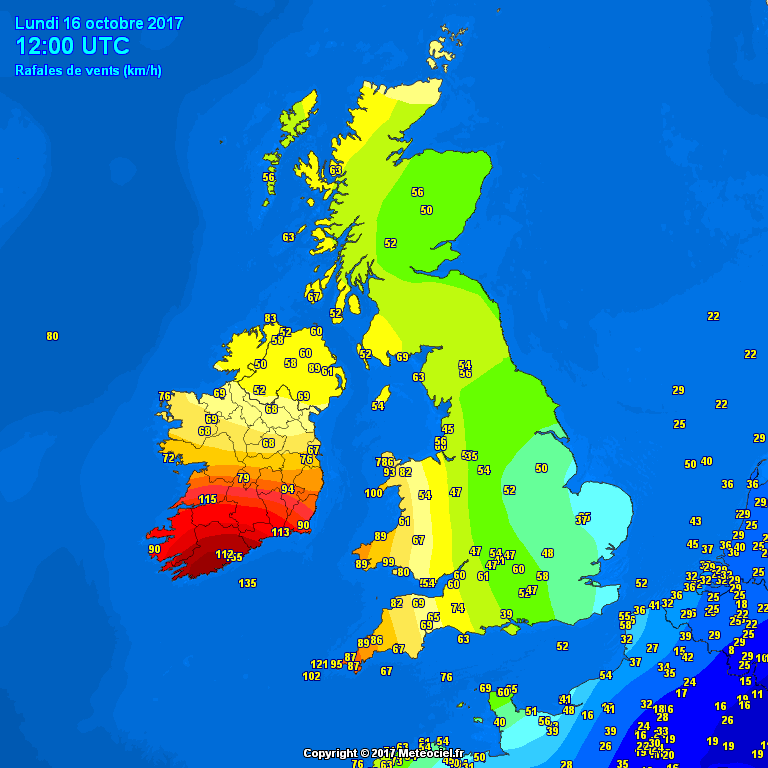