Less than a week after a powerful storm Ellen hit Ireland, another pretty strong North Atlantic depression pushes into western Europe. A broad wind field is associated with this storm, bringing potential strong windstorm into parts of Ireland, the UK and the Netherlands on Tuesday. Flooding will also be possible.

The general pattern over Europe is indicating a large long-wave trough sitting over northern Europe with a new trough entering western Europe from the North Atlantic. An associated strong surface depression moves towards Ireland and continues across western Europe. 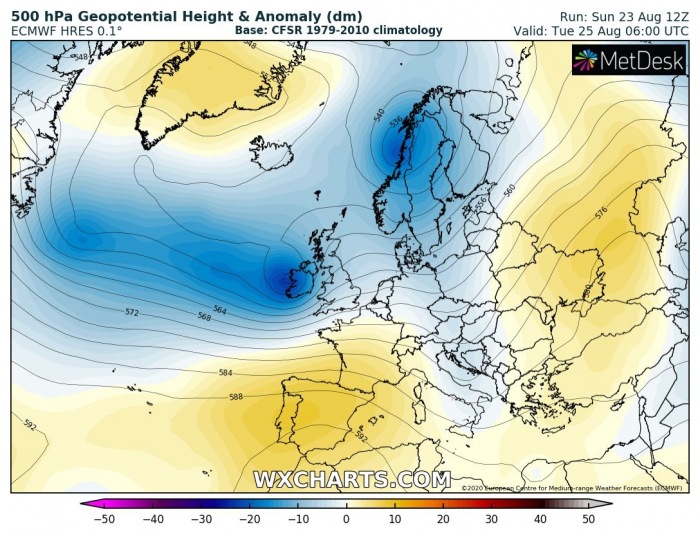 Attached is the sequence of the deepening Atlantic depression nearing Ireland on Monday night into Tuesday morning. 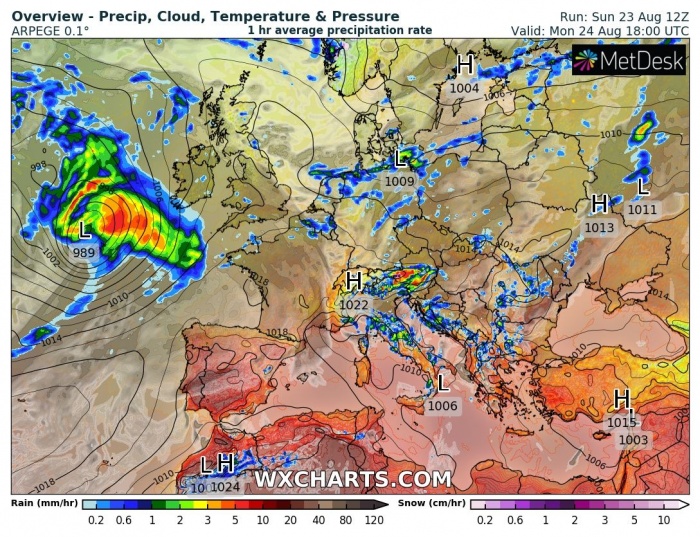 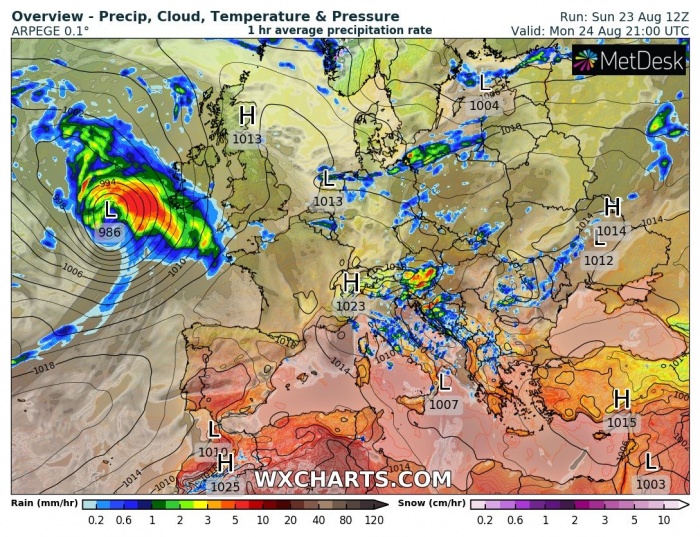 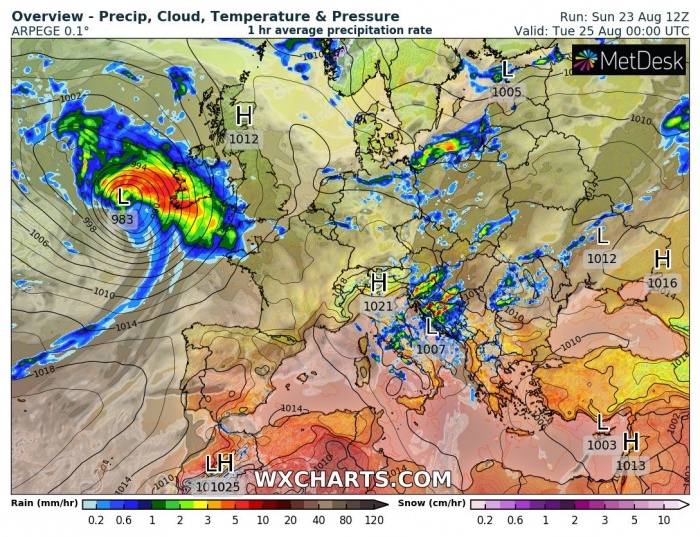 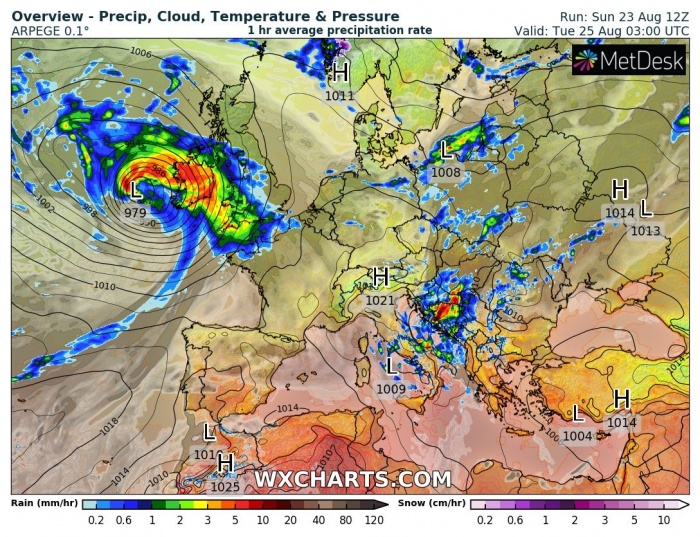 The frontal system moves across Wales and UK on Tuesday morning and continues towards the northeast. Heavy rain with wind squalls will be associated with the surface front. 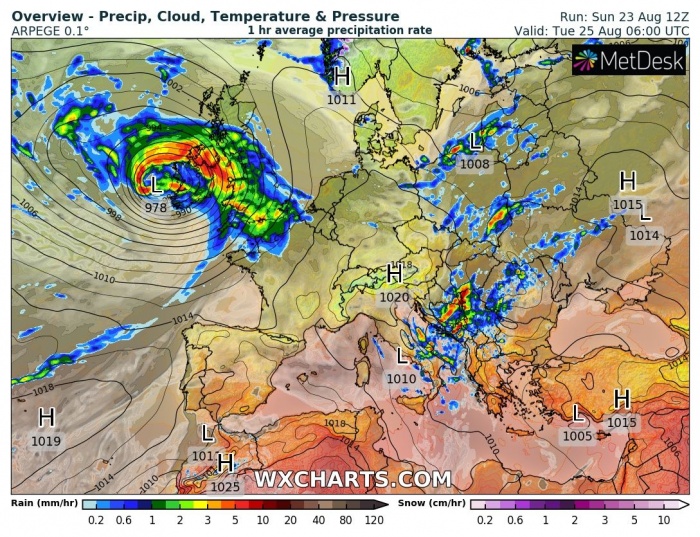 The system reaches the North Sea on Wednesday morning when the central pressure will be rising and the system weakening. However, strong to severe winds in excess of 90 km/h are possible along with the coastal areas of the North Sea (the Netherlands and NW Germany). 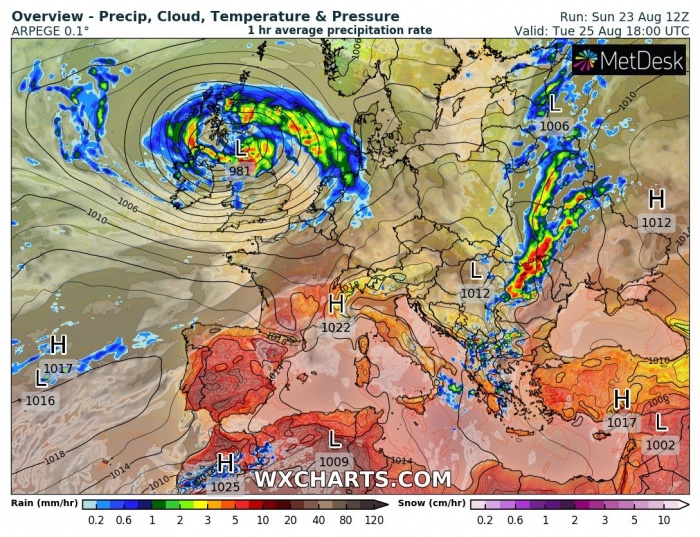 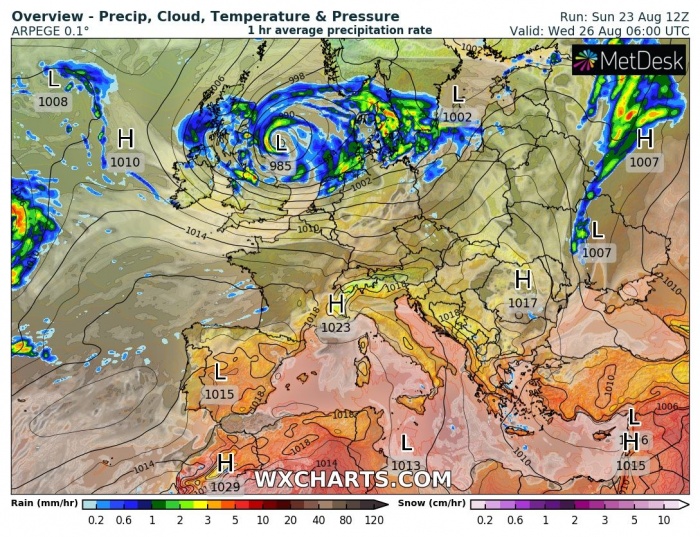 A broad wind field, associated with the quite deep surface low, will spread across western Europe from late Monday night into Tuesday and Wednesday. A windstorm is possible over parts of Ireland, Wales, and the UK on Tuesday. Peak wind gusts could reach 90-120 km/h in some areas, potentially dangerous wind threat is possible. 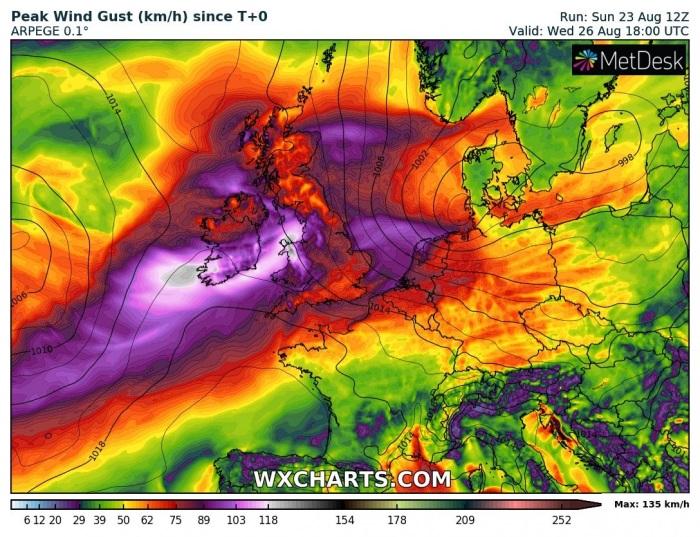 The ICON-EU model is hinting the strongest winds over Wales and southwestern England. And also over the southern portions of the North Sea into the Netherlands and northwestern Germany.

Again, quite a lot of rain is likely with the cyclone’s passage over Ireland, North Ireland, and UK. Especially northern England could see a concerning amount of rainfall, locally in excess of 100-120 mm. This should enhance flooding threat locally as the soil is already quite soaked. 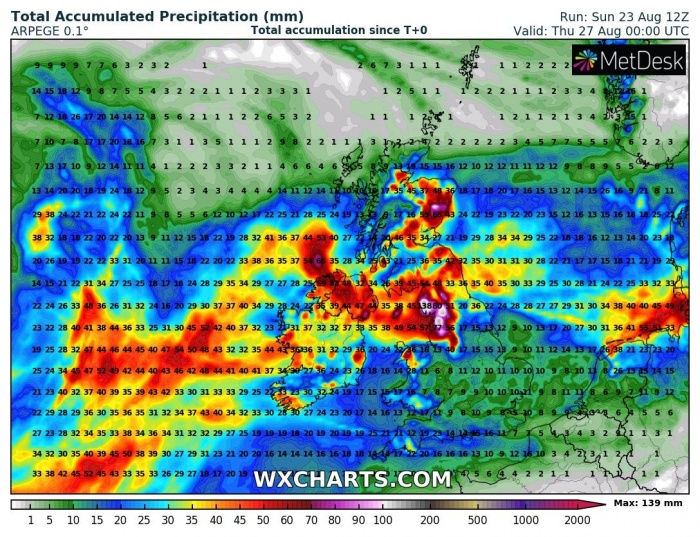 When the system ejects the UK and continues over the North Sea, quite a lot of rainfall is also possible along the coast of northwestern Germany and western Denmark, mainly on Tuesday night into Wednesday.