Severe storms with large hail, torrential rainfall, and severe winds are expected in northern Italy and along the cold front from the Baltic region into northwestern Russia on Monday. 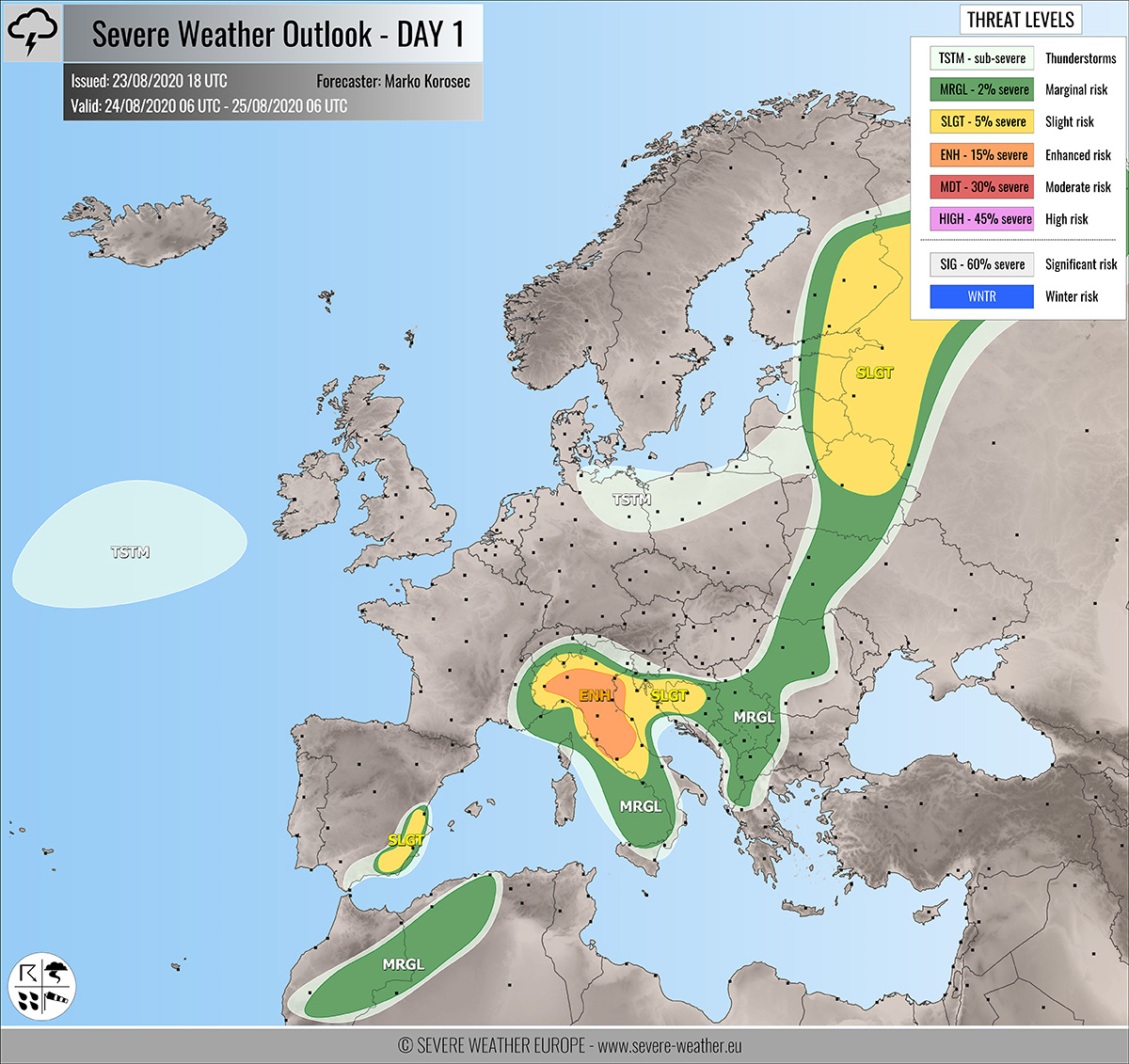 A large upper-level trough is entering northern Europe, while an associated surface cold front continues further east. It is extending from northwestern Russia across eastern Europe into the northern Balkans and Mediterranean. The upper ridge ahead of the trough is gradually weakening, but a new one is shaping up over southwestern Europe. 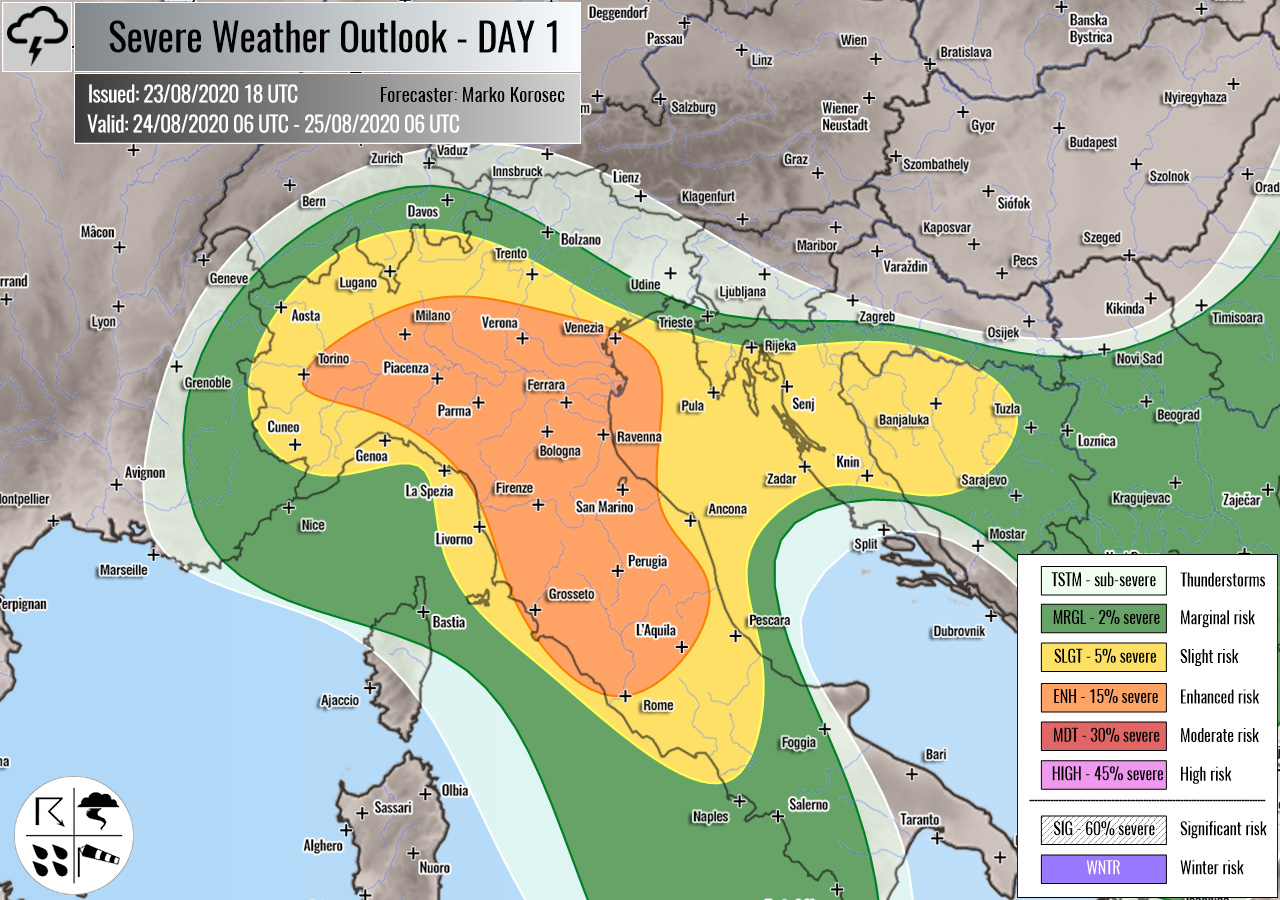 ENH risk has been issued for north-central Italy with a threat for severe storms, capable of producing large hail, severe winds, and torrential rainfall.

Storms are expected to form in the moderately sheared and strongly unstable environment again, gradually spreading towards east. Some storms are also possible over the western Balkans higher terrain. Supercell storms are likely and could bring large hail, torrential rainfall, and severe winds.

Storms could merge into a large cluster towards the evening hours while drifting towards the Adriatic Sea.

SLGT/MRGL risks have been issued for areas surrounding the ENH risk area over Italy, and across part of the Balkan with only isolated severe storms possible. Still, some marginally large hail and strong to severe winds will be possible. 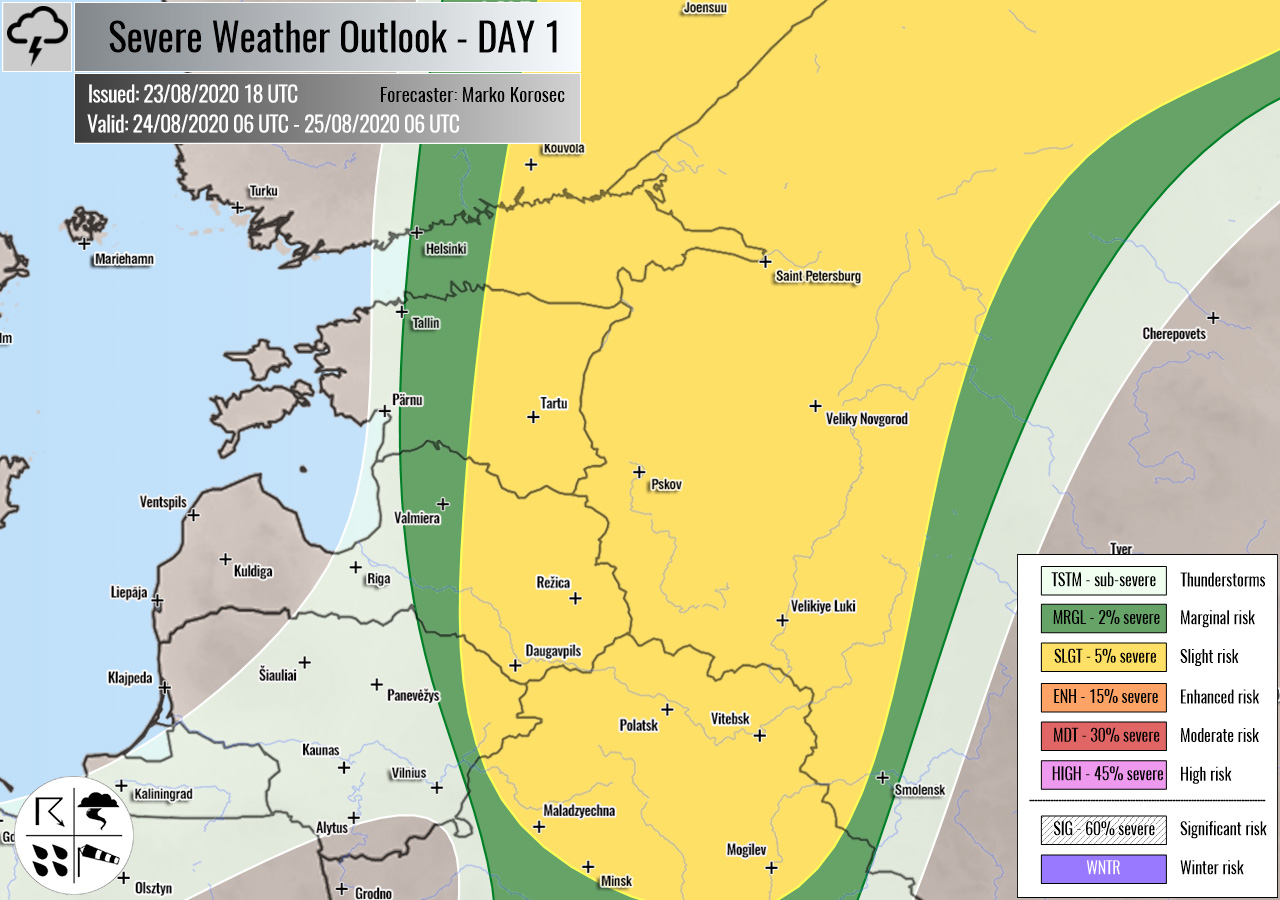 SLGT/MRGL risks have been issued for part of the eastern Baltic region, southeastern Finland into northwestern Russia with a threat for severe storms, capable of producing severe winds, marginal hail, and heavy rainfall.

A strengthening long-wave upper trough over northern Europe will support isolated to possibly scattered storms, mainly during the daytime. Moderate shear but only marginal CAPE could support a few strong multicells and a few supercells. Only marginal hail can occur, so mainly severe wind threat and heavy rain are expected with the strongest cells. 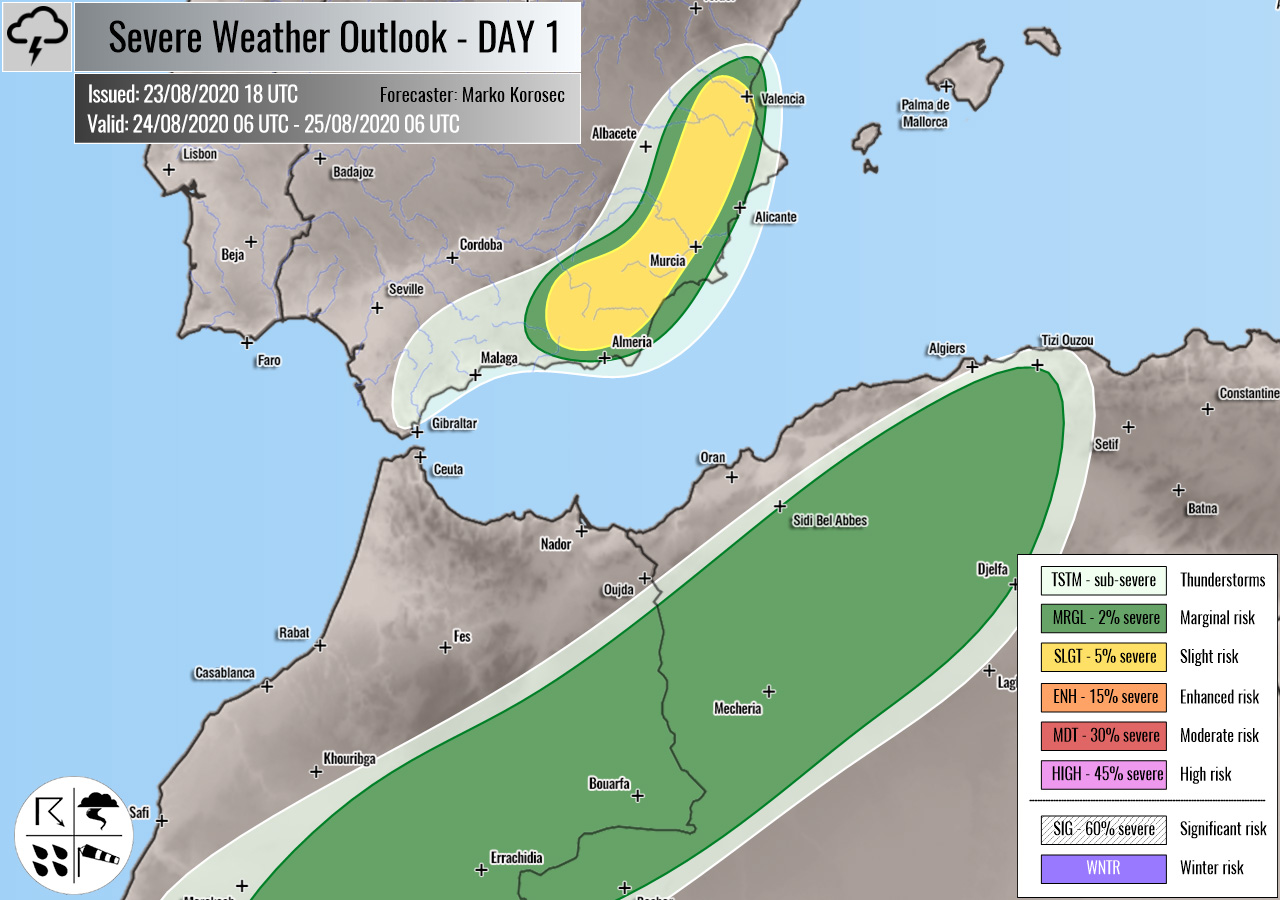 SLGT risk has been issued for southeastern Spain with a threat for isolated severe storms, capable of producing severe winds and large hail.

While an upper ridge builds up into Iberia from the west, some isolated storms could develop within northwesterly from over the mountainous terrain of southeast Spain. Around 1500 J/kg of MLCAPE coupled with around 30 knots of shear could support an isolated supercell or two, capable of producing severe winds and large hail.

MRGL risk has been issued for northern Morocco into northern Algeria with isolated severe storms possible. Marginally large hail and severe winds will be possible.

TSTM risks have been issued for northern Germany and Poland with a threat for daytime driven storms. Limited shear is present, so the storms should remain sub-severe.