This week will be characterized by much more dynamic weather across Europe, as a more zonal flow has established over the Atlantic. Deep cyclones will move from western Europe towards the east and northeast.

A deep trough is moving into the Bay of Biscay and Iberian peninsula while the upper ridge over south-central Europe weakens. Another deep trough moves across Fennoscandia into NW Russia. Above normal temperatures are spread across much of the continent while very cold advection moves across north Europe towards the Baltic region. A surface cyclone is located across Ireland and the Bay of Biscay, bringing a cold front across France and Iberian peninsula.

The Atlantic deep trough moves further east across Iberia, western Europe and towards France, resulting in strong warm advection into central Europe and also towards the Baltic region again. Cold airmass behind the surface cyclone spreads across the Iberian peninsula.

The deep trough from the western Europe moves towards Scandinavia with a surface cyclone located across south Sweden and Denmark. Colder weather spreads across west and southwest Europe, while very warm airmass advection continues ahead of the trough across east-central Europe, the Baltic region and the Balkan peninsula. 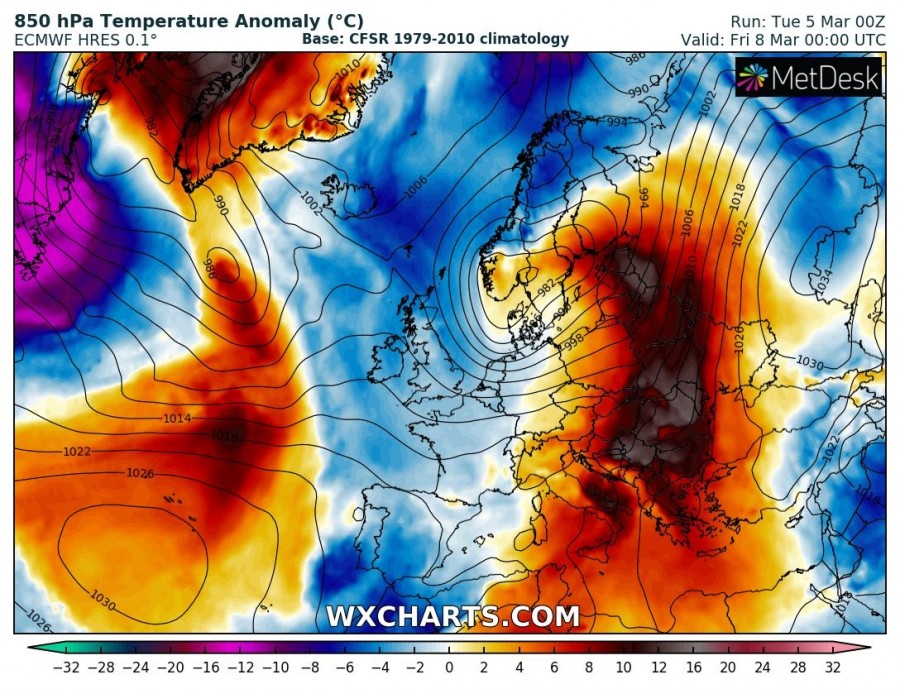 Deep trough dominates northern Europe while a strong Azoric ridge / high pressure system establishes over the Atlantic. A deep cyclone moves across the southern Scandinavia towards NW Russia and results in intense Arctic cold airmass spreading across Norway and Sweden. A new shallow low moves towards the British Isles. 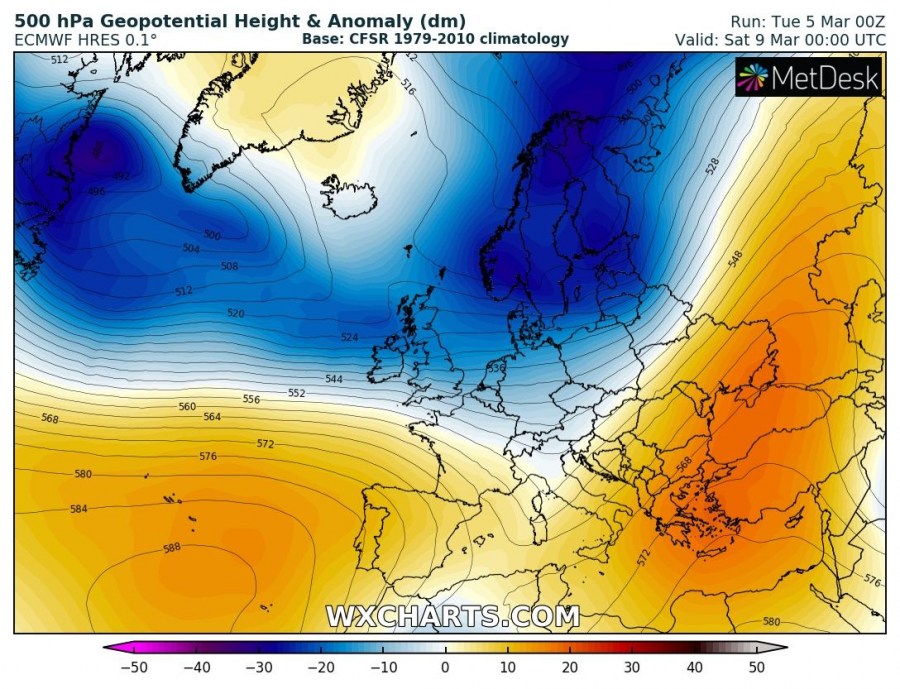 While the north European deep trough begins weakening, very cold Arctic airmass remains over Scandinavia as the surface cyclone drifts into the Baltic region. A new wave from the Atlantic pushes into the British Isles and Ireland with much colder airmass in its wake. Warm weather remains across SE Europe.

A wave from the western Europe deepens and pushes east into central Europe, while a new trough is already visible over the Atlantic. It will take a similar track towards western Europe early next week. Very cold airmass spreads behind the trough across west and southwest Europe, reaching the western Mediterranean as well. Very cold weather remains over Scandinavia.

Stay tuned for additional updates on the specific system through the next days.