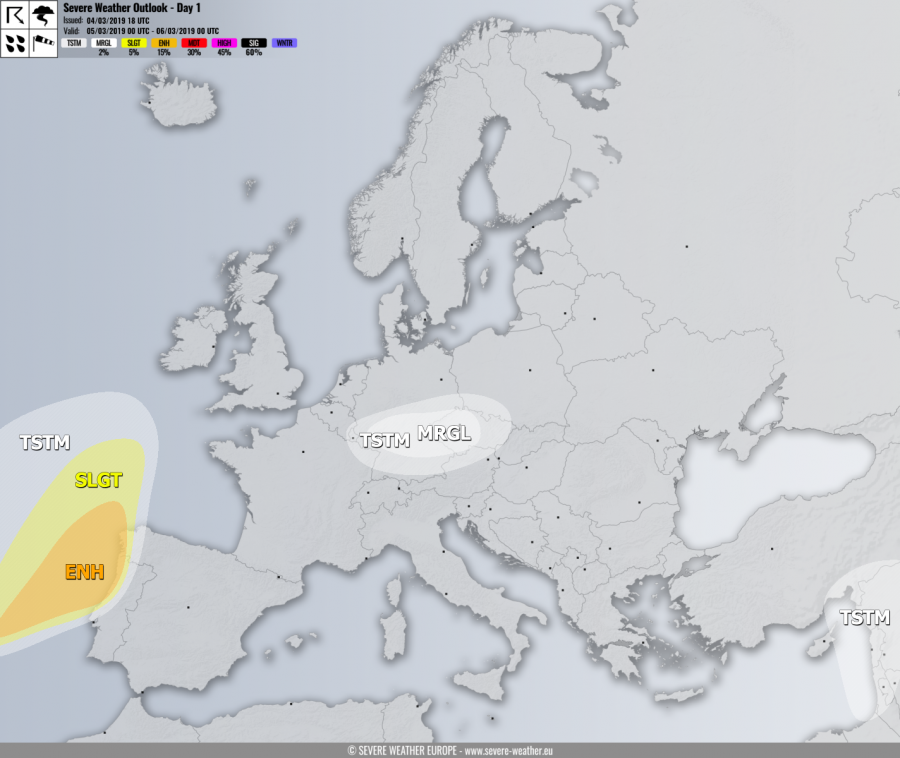 A long-wave trough is located across north and central Europe while a deep low / trough nears the Bay of Biscay from the west. At surface level, a deep low with surface cold front is pushed towards the Iberian peninsula.

MRGL risk has been issued for central Germany into western Czech Republic where isolated strong to severe storms are possible, capable of producing some marginal hail and severe winds.