The former rapidly intensifying North Atlantic cyclone we’ve discussed earlier, has reached its mature stage this evening. The system is also very large, as its pressure field is literally dominating the North Atlantic while its presentation is remarkable. It is likely very close to its peak now. The central pressure has now slipped below 930 mbar, but only a few mbars deeper it can go overnight, then remains steady trough Saturday while its center will be very slowly drifting west towards the extreme southern tip of Greenland.

Friday’s 18 UTC analysis update revealed the cyclone had a central pressure of 930 mbar – a pressure change of 44 mbar during the past 24 hours (within 18-18 UTC period and also 12-12 UTC period) – a truly remarkable ‘bomb cyclone’ (threshold is 24 mbar change in 24 hours). Violent hurricane-force winds are ongoing around the center. 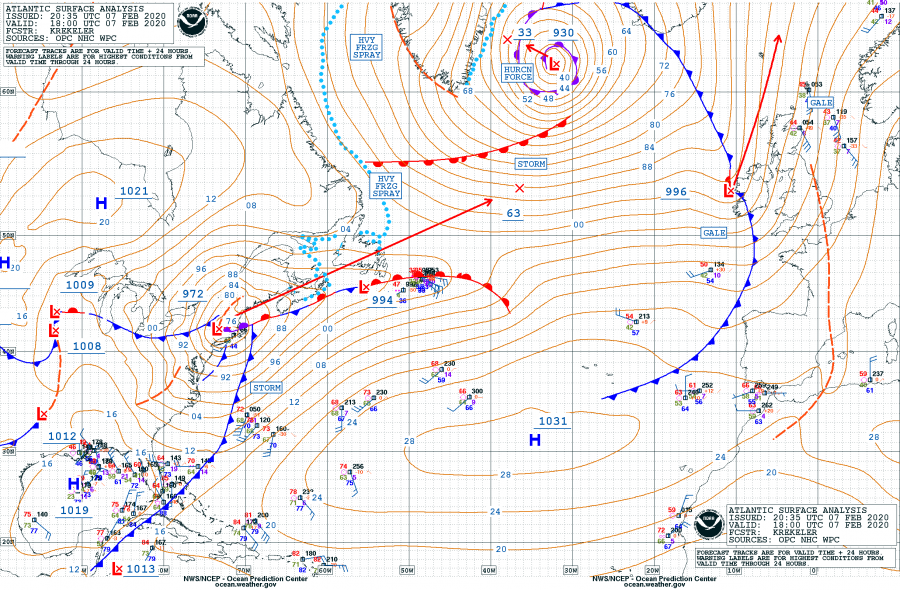 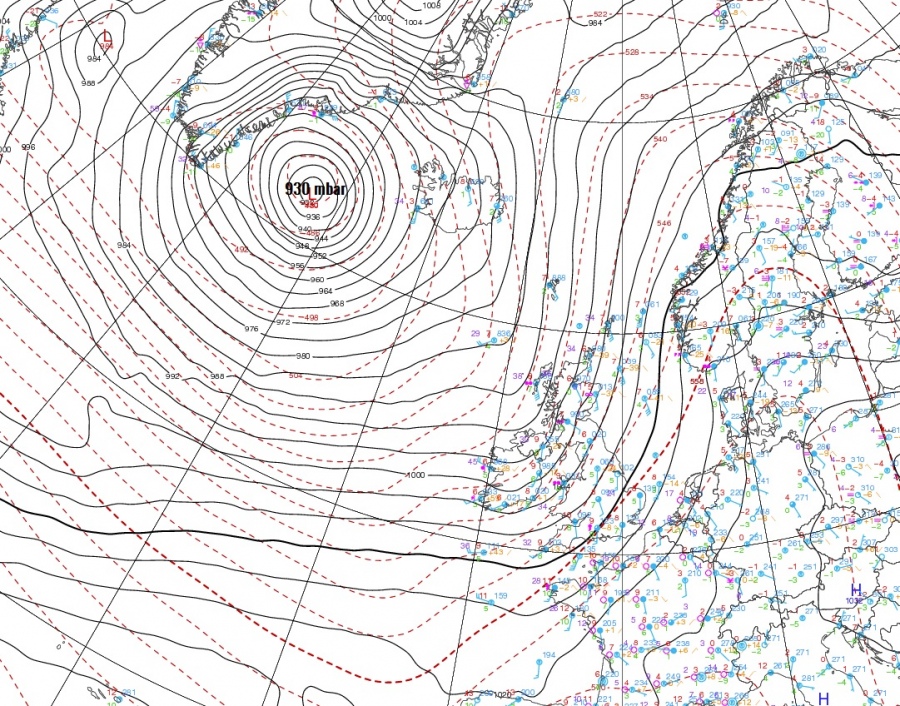 If you’re a fan of satellite images and data, this outstanding satellite presentation simply leaves you out of words. Let the photos speak a thousand words as this remarkable detail is simply epic! Attached are several images in various satellite channels, revealing many details of the dynamic cyclone. 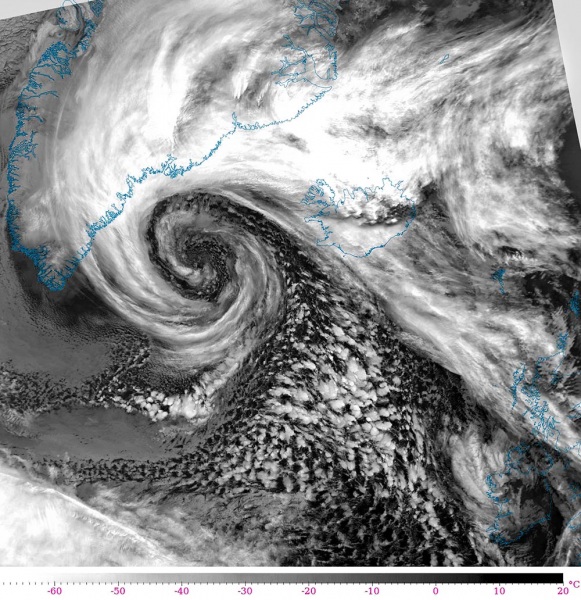 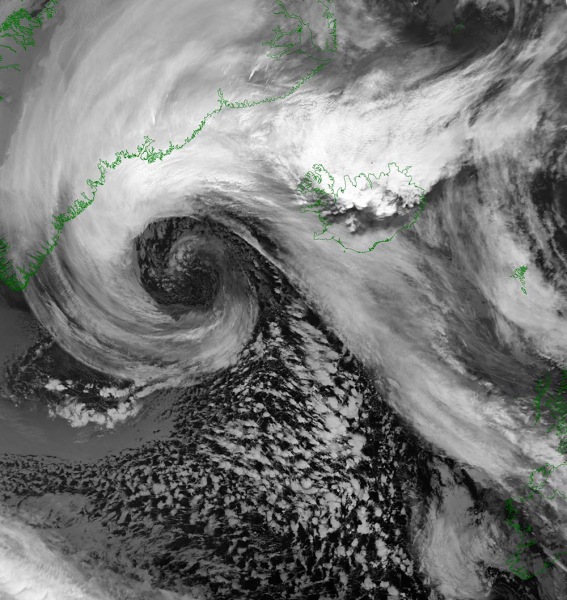 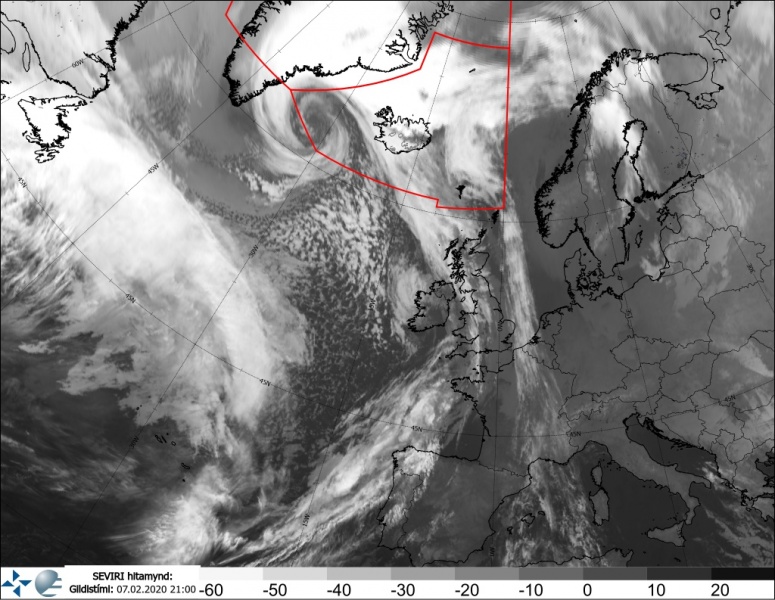 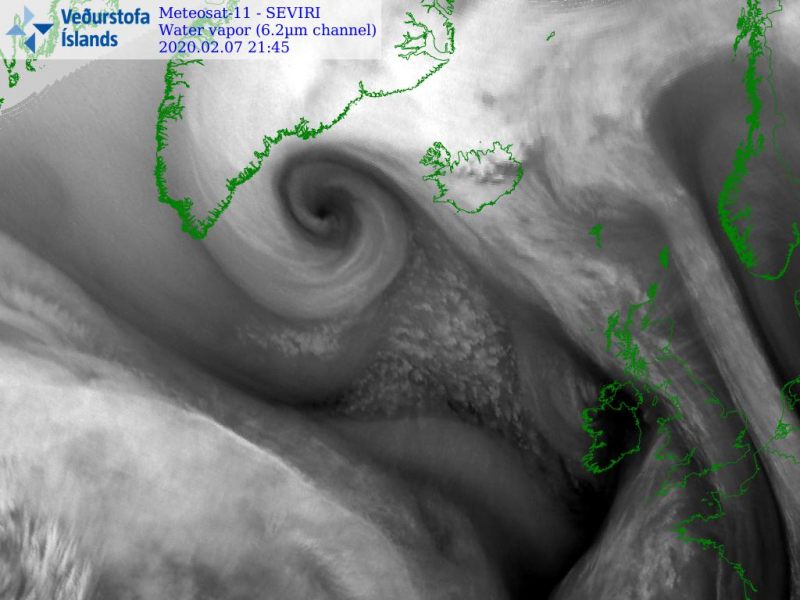 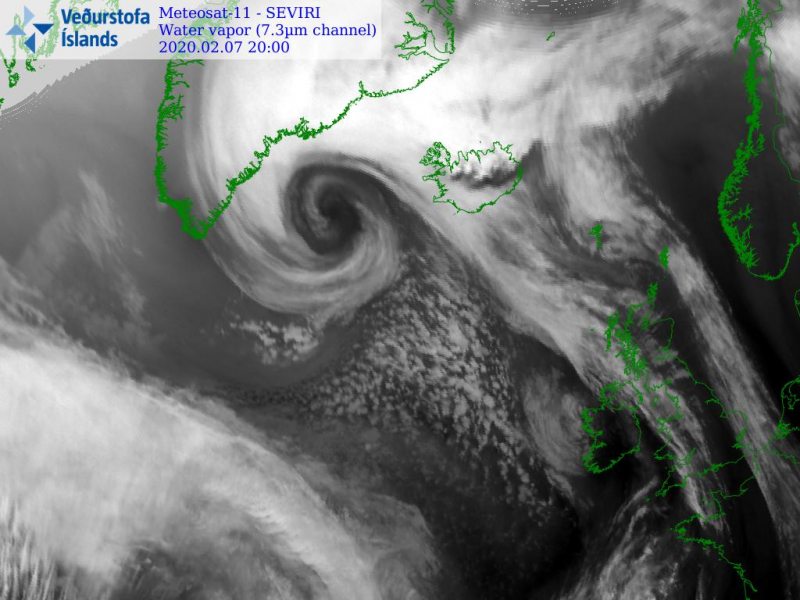 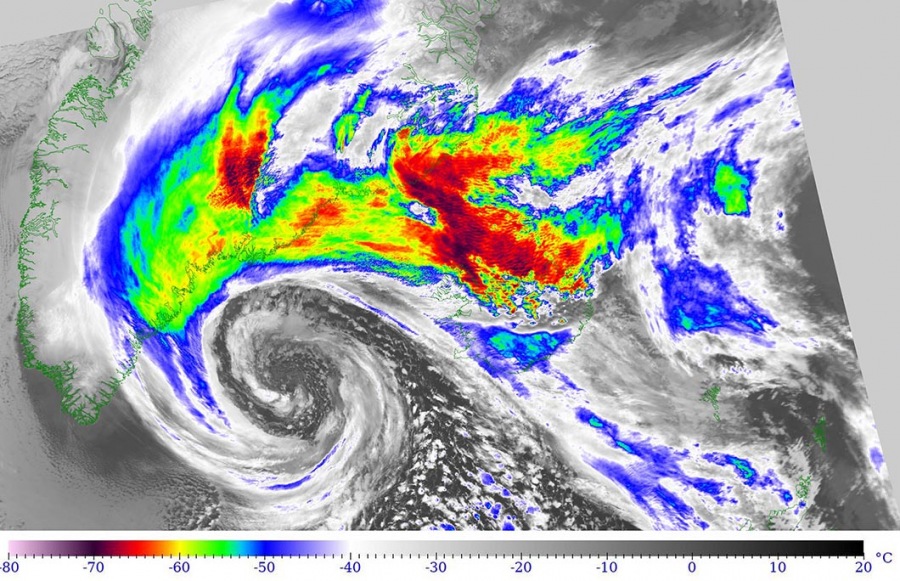 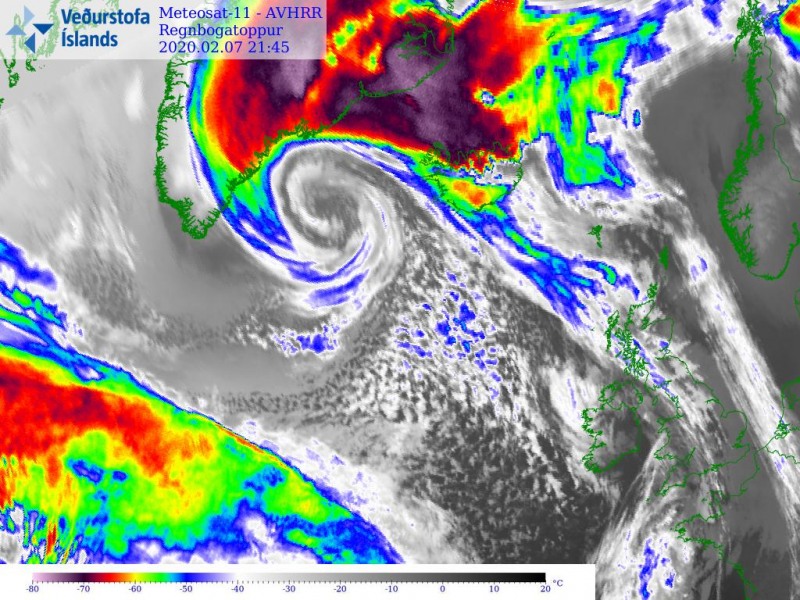 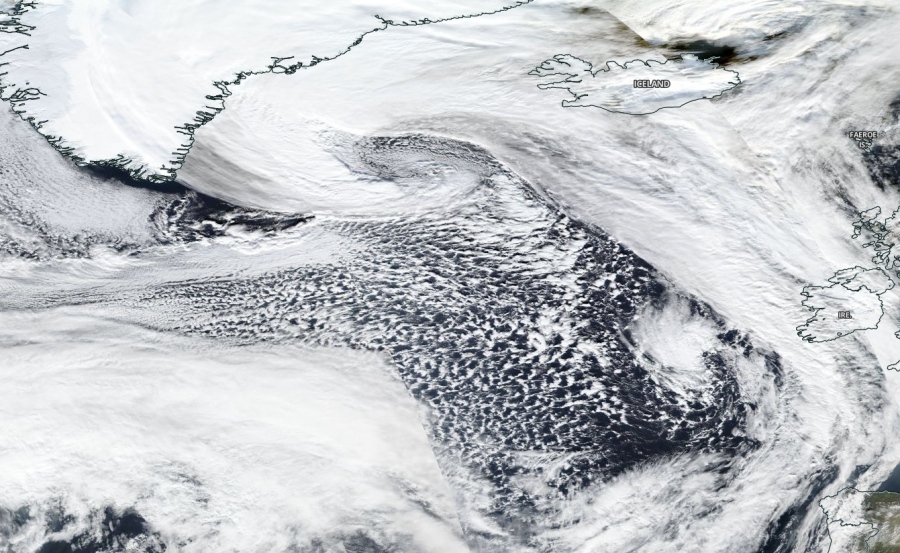 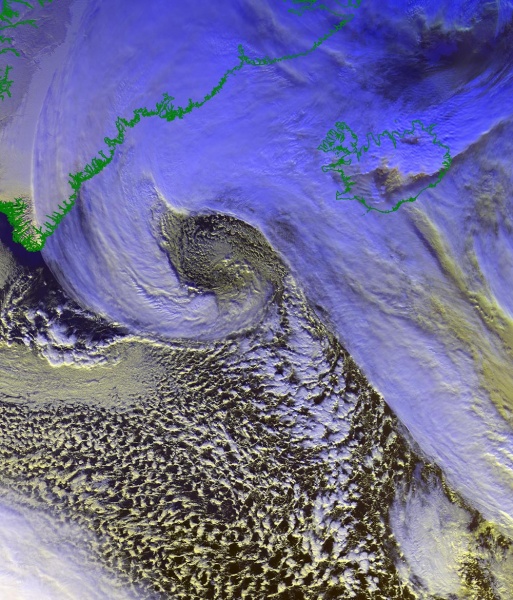 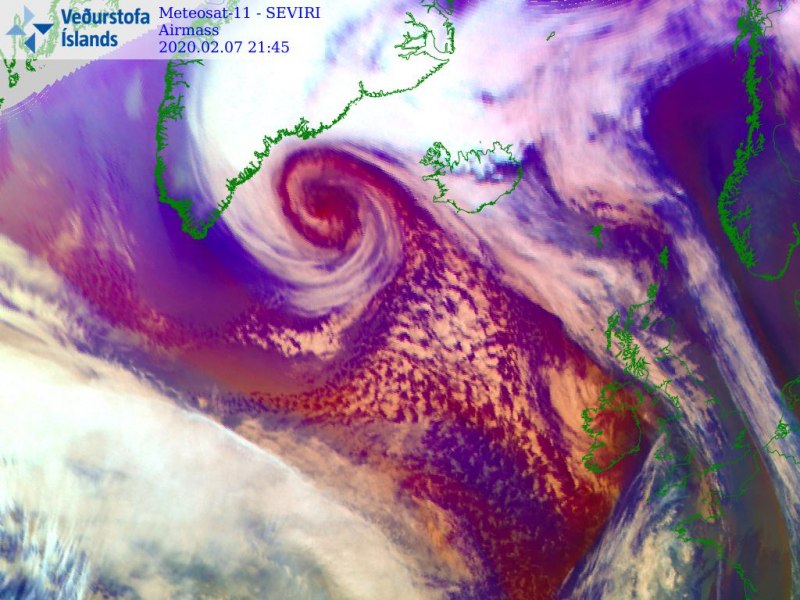 ECMWF wind field is relatively large around the cyclone tonight, effecting mostly only the seas of extreme North Atlantic and only the coastal areas of southern Greenland. Also over Iceland, but the main jet will remain a shy west of the island.

Meanwhile in the tropics… a Category 4 Tropical Cyclone #Damien is soon to make a destructive landfall in Western Australia:

Further southwest of North Atlantic cyclone is the ‘bomb cyclone’ rapidly deepening across the northeast US and eastern Canada tonight: 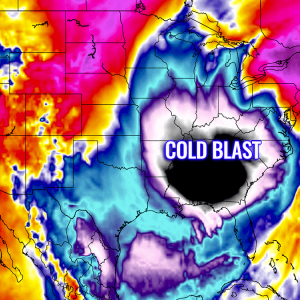 Winter weather is forecast to blast across the East Coast of the United States through early December, new pattern flip develops on Monday 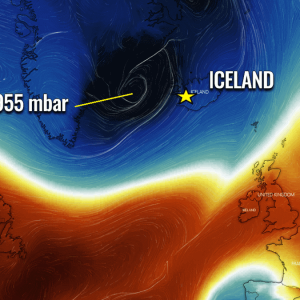 Latest on the deep cyclone near Iceland: significant waves and severe blizzard are expected across the western parts tonight 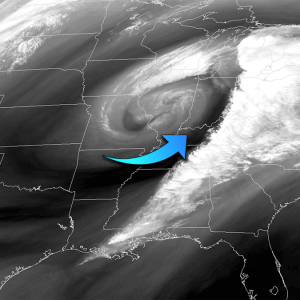 A spectacular satellite view of a frontal system racing across the United States today, while Thanksgiving Day will bring nice and warm weather

«Next Post *BREAKING* An incredible temperature high of 18.3°C (65°F) has been measured in Antarctica! This is possibly the highest temperature on the continent since the last interglacial period!
*TROPICAL UPDATE* Final hours before #DAMIEN’s landfall near Karratha in Western Australia – rapid intensification is underway! Previous Post»