After a short few days period of colder weather, even snow and again damaging morning frosts, warmth has already returned into Europe from the west. Additional warm advection will result in another very warm period this weekend into early next week. Some regions should reach above 25 °C during the peak time hours. However, a strengthening upper ridge above the North Atlantic next week hints a colder period into our continent could return through the remainder of the month. And potentially even a much-needed rain for central Europe as well, as the drought has been extreme (almost 2 months without rain) in some areas this spring!

The pattern developing over Europe is indicating a classic Omega blocking ridge, with its axis tilted from the central Mediterranean towards northwest into the North Atlantic. At the same time, an upper low is trapped over the Azores on its west side, while a large low is placed on the ridge’s eastern side. Over the weekend, the ridge begins strengthening above the North Atlantic, resulting in the eastern upper low to begin moving south and releasing cold advection. Similar changes develop on the ridge’s western side, as upper low from the Azores pushes into the western Mediterranean, as channel establishes towards the northwest Atlantic – meaning frontal systems will start developing in a broad channel from the west towards Europe. Such results are usually a textbook example of the negative phase of NAO index. 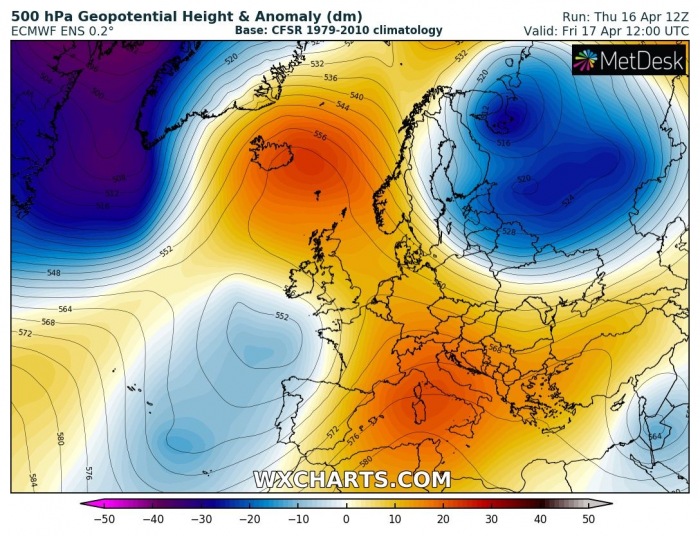 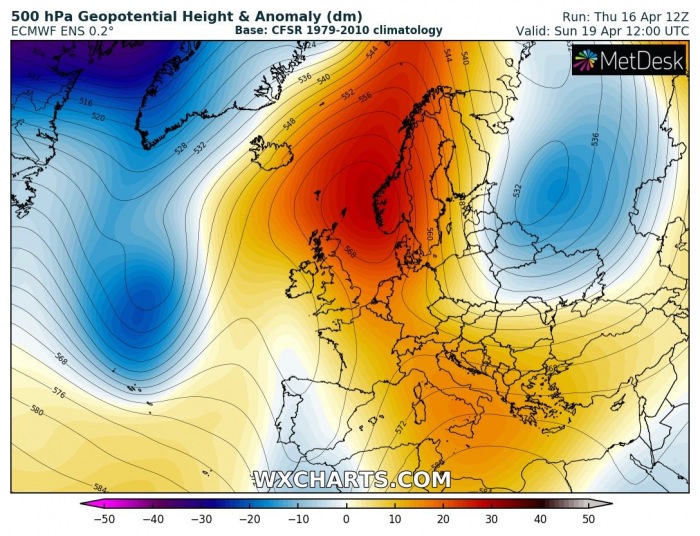 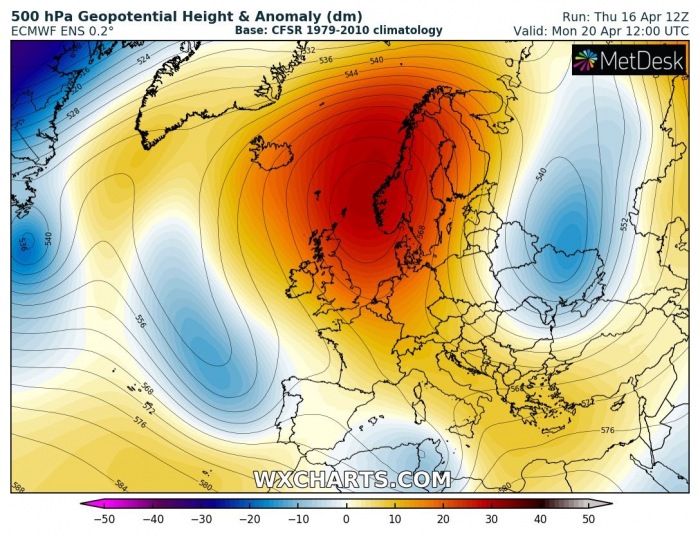 In response to a strengthening Omega ridging pattern, placed over west-central Europe and a large upper low over the Azores, warm advection takes place into the Mediterranean, spreading far north into central and western Europe. A much warmer period develops over the weekend and extends into early next week. It remains rather cold with the persistent northerly flow across the northeast Europe, lead by the expanding upper ridge into northern Europe. 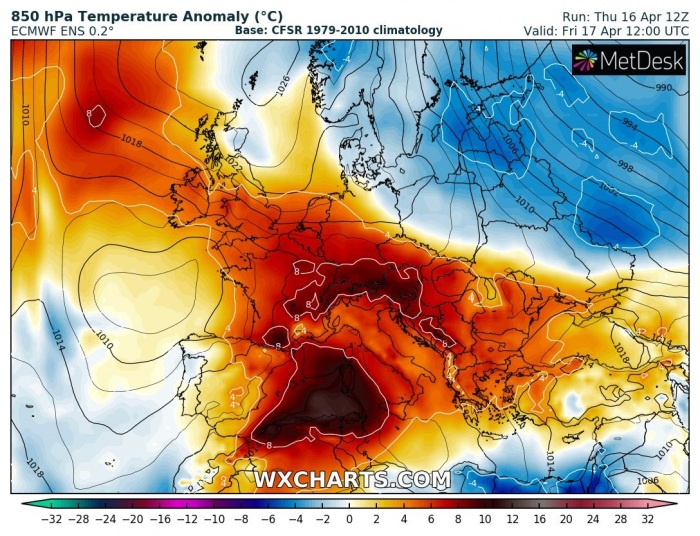 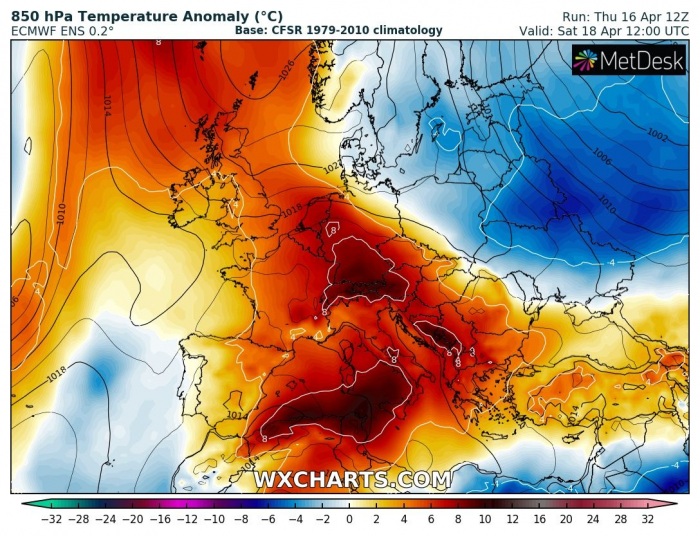 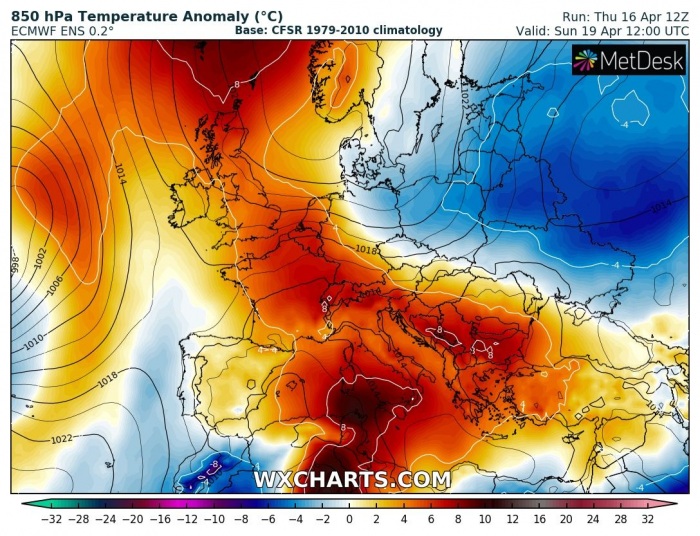 There are, however, trends the NAO index (North Atlantic Oscillation) to remain negative through the remainder of April, so we could expect the North Atlantic to remain under a strong ridge and surface high-pressure system after April 20th. This will eventually result in colder air mass advection into continental Europe from the north and east sometime next week. These are the latest model trends for mid next week: 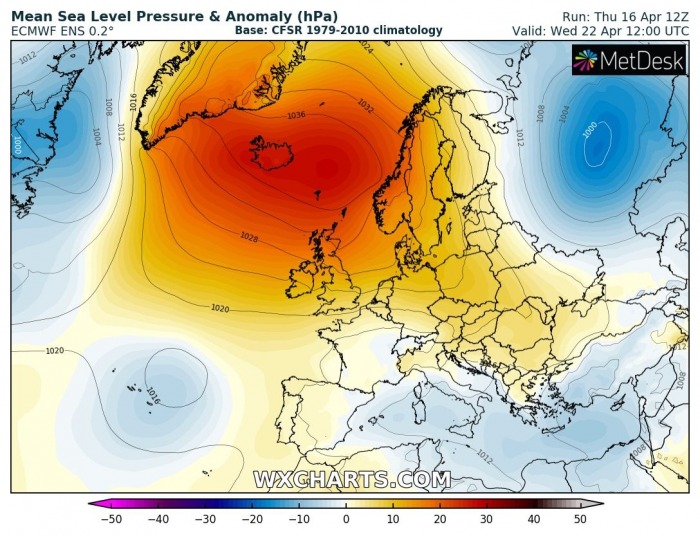 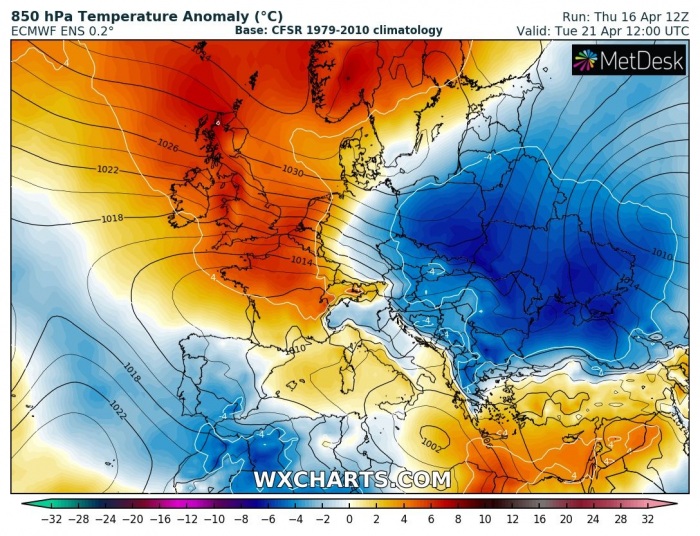 The warm period in the coming days and the cold period afterward is nicely visible on the ensemble meteograms – attached are graphics for Paris (France), Zagreb (Croatia) and Palermo (Italy). The colder period through the final week of April gives higher probabilities in the pst days: 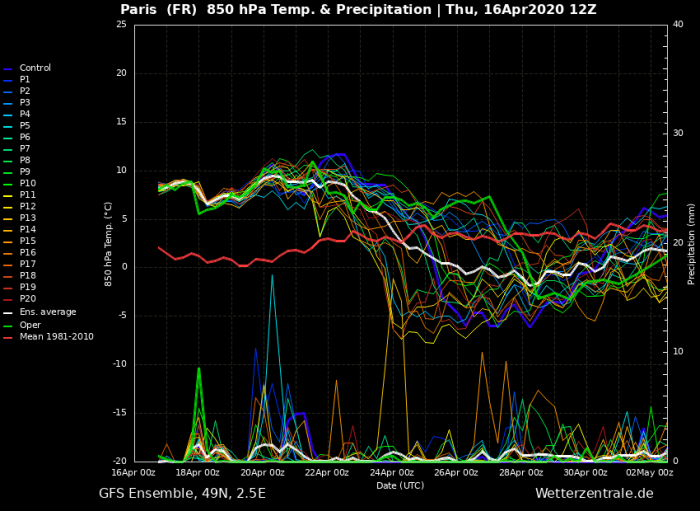 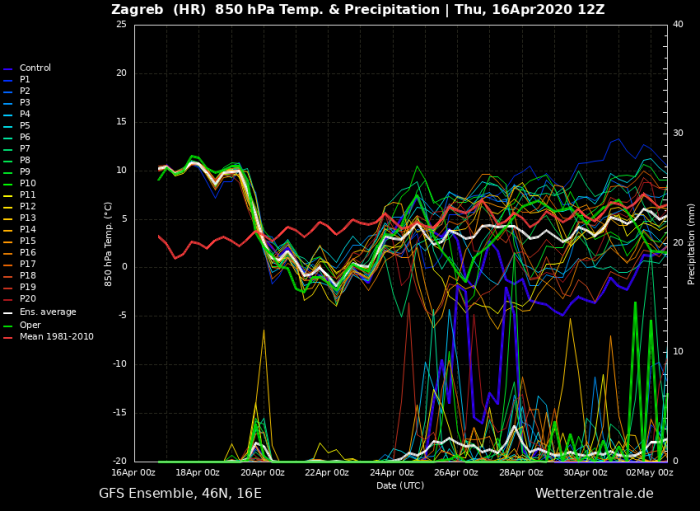 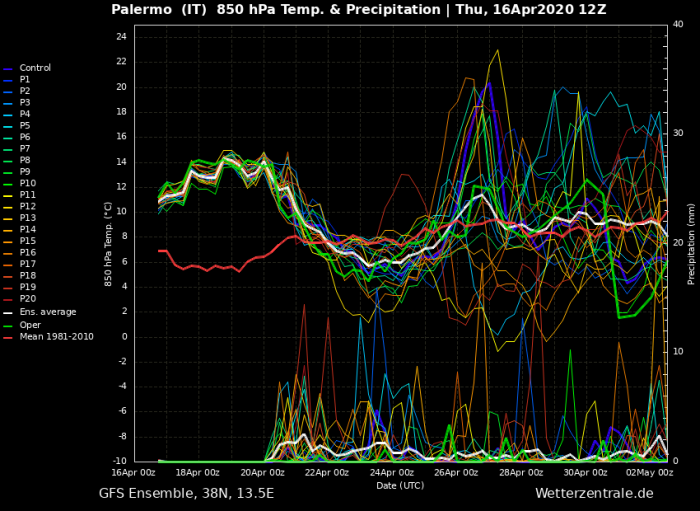 We are closely monitoring pattern evolution and will keep you updated – stay tuned!