Torrential rainfall is expected across parts of eastern Spain over the next 24-36 hours. Major flooding is likely.

Various model guidance is in good agreement on torrential rainfall across parts of eastern Spain over the next 24-36 hours. In response to the cutoff low moving southwards across the western Iberian peninsula strong easterly to northeasterly flow develops over the western Mediterranean. Warm, very moist air will push into the coastal area, leading to buildup of convective instability. Additionally, orographic lift will enhance conditions for torrential rainfall. Convective and orographic rainfall is expected through persistent training thunderstorms: locally over 200 mm and possibly close to or even over 400 mm will accumulate over the next 24 to 36 hours,

There is a HIGH RISK of major flooding: the recent devastating and deadly floods in southern France and on Mallorca in the past two weeks happened in similar rainfall totals. In particular Valencia, Castellon, Teruel, Cuenca and parts of Alicante are likely to be hit the hardest. The surrounding regions, Balearic islands and parts of Cadiz and Malaga may also be hit by torrential rainfall and flooding, however, the threat there is significantly lower. 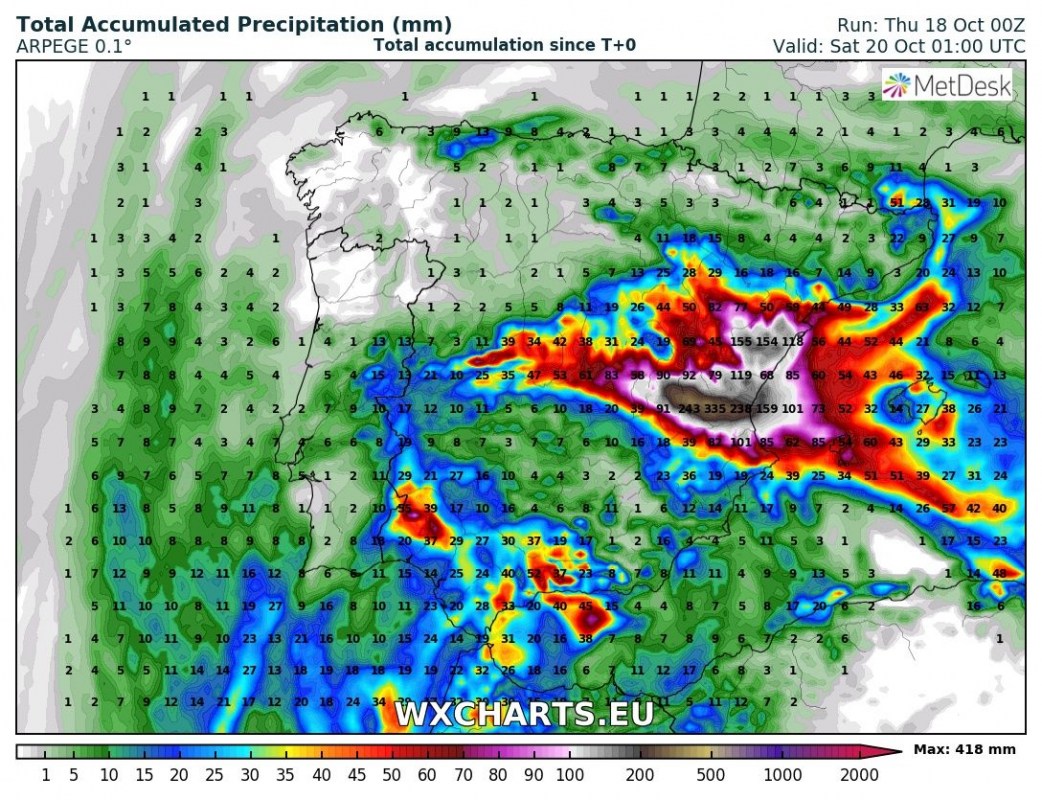 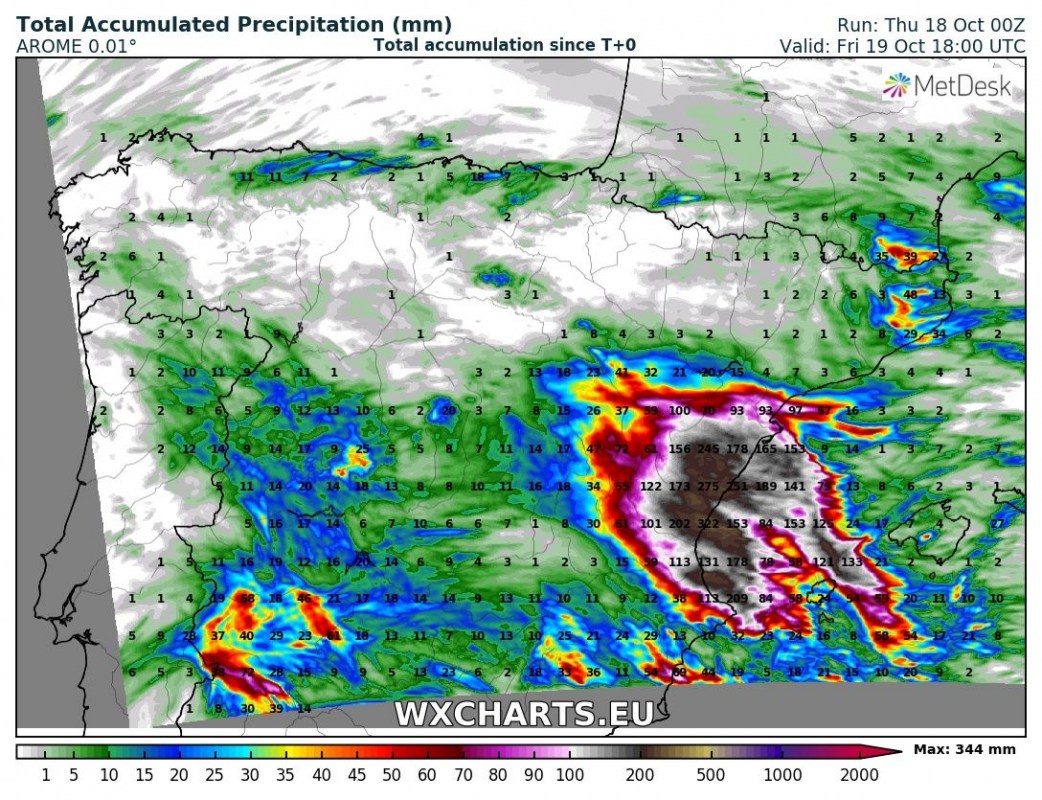