After a quite long period of unusually warm weather across a large part of Europe, a significant pattern change in becoming increasingly likely sometime next week as hinted in our weekly pattern overview on Monday. Based on global models GFS and ECMWF, strong meridional flow could establish in between a strong N Atlantic ridge and deep trough across the eastern Europe. A strong cold front would push through the east-central Europe by mid next week.

The pattern is starting to change early next week when the strong ridge over ENE Europe weakens and ridge over the N Atlantic strengthens. A deep trough which will be located over the Arctic region, should eventually move towards Scandinavia and result in a strengthening pressure / temperature gradient in between. 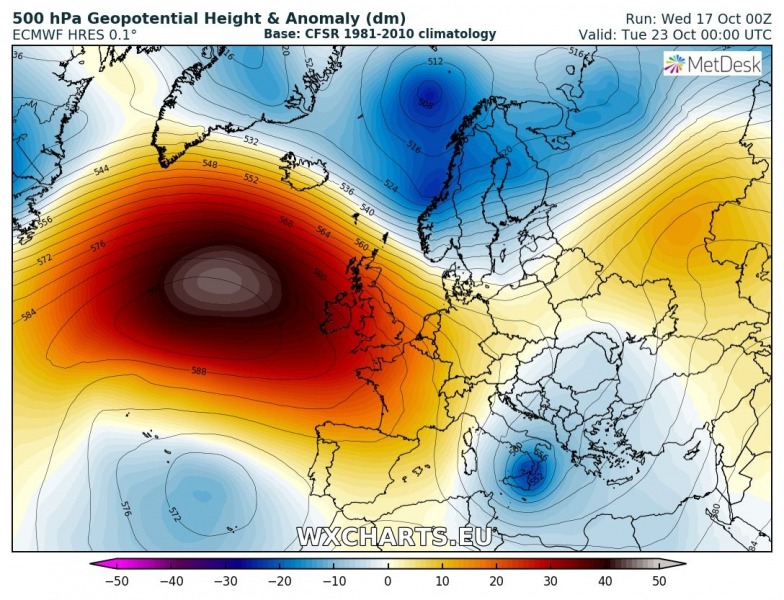 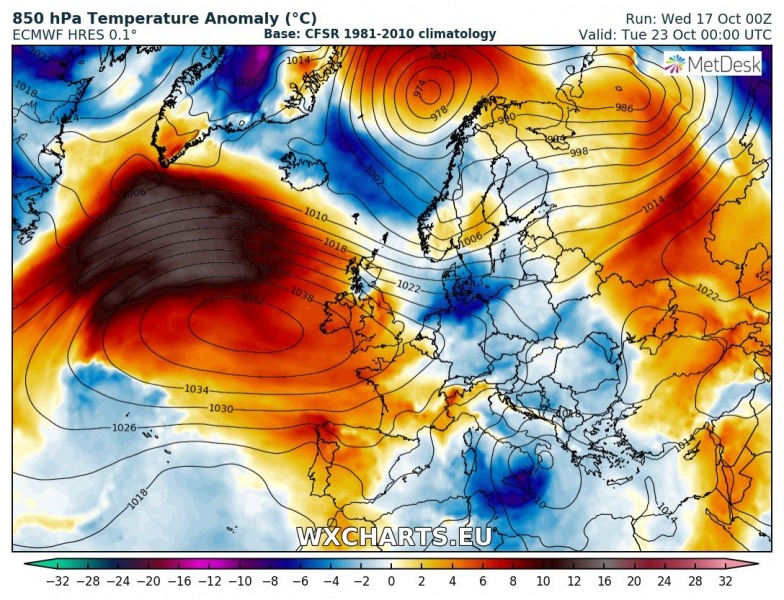 As the trough progresses further inland across Scandinavia, a strong cold front develops and starts pushing south towards the east-central Europe. Both the Atlantic ridge and N European trough intensify, which results in sharpening / strengthening of the cold front and cold advection behind it. 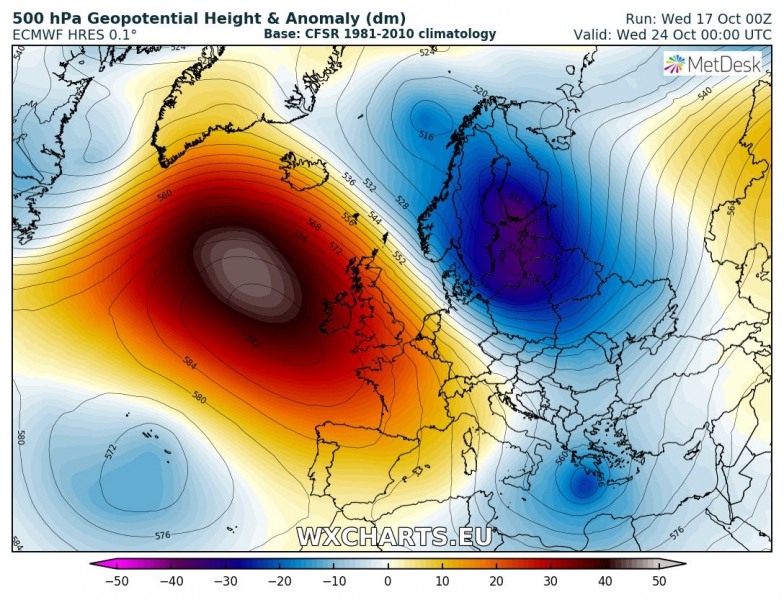 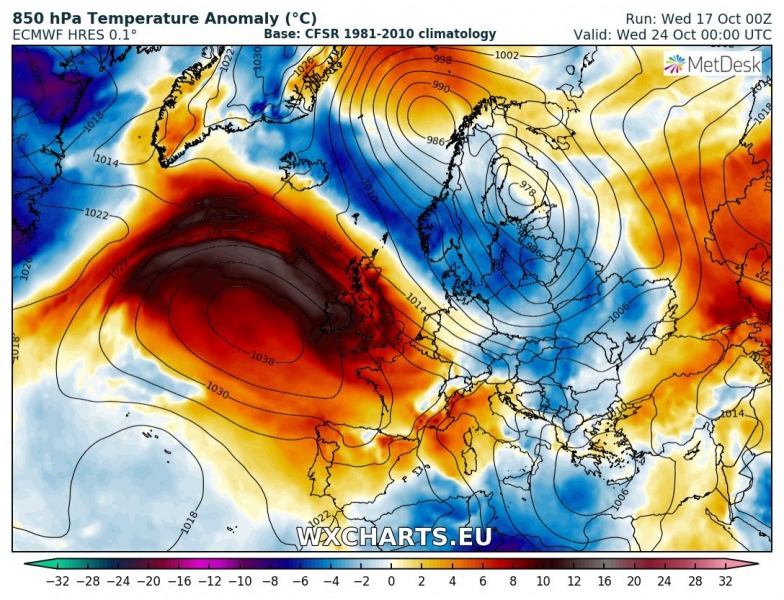 The deep trough continues intensifying while moving into eastern Europe. The associated surface cold front pushes towards the N Mediterranean and Balkan peninsula. The ridge over N Atlantic and W Europe starts weakening, but still allows meridional flow from the Arctics towards the south. 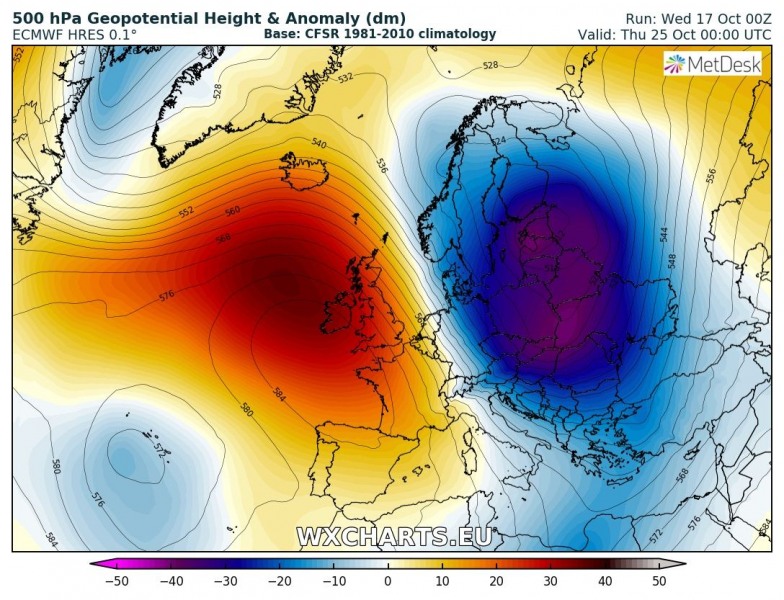 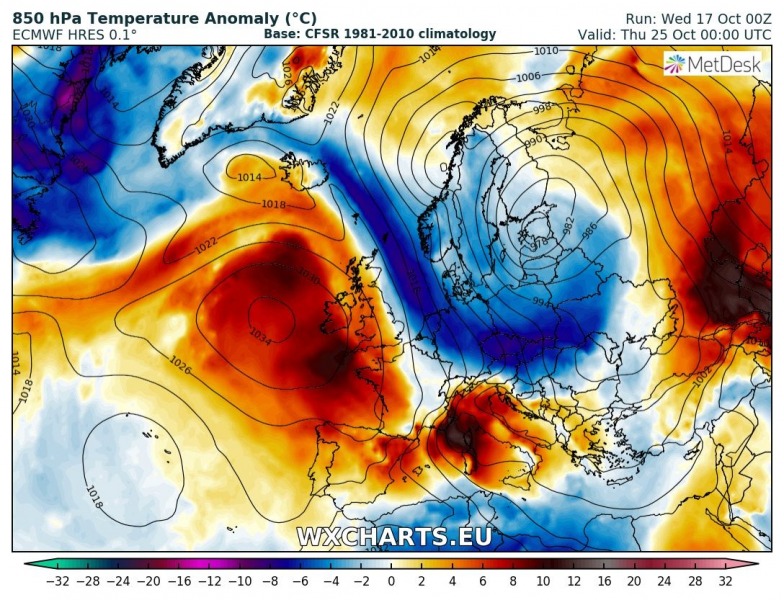 The deep trough dominates eastern Europe and Balkan peninsula while the ridge over the western Europe dissipates. Very cold airmass continues rapidly towards the south and likely reaches NW Turkey by Friday morning as well. 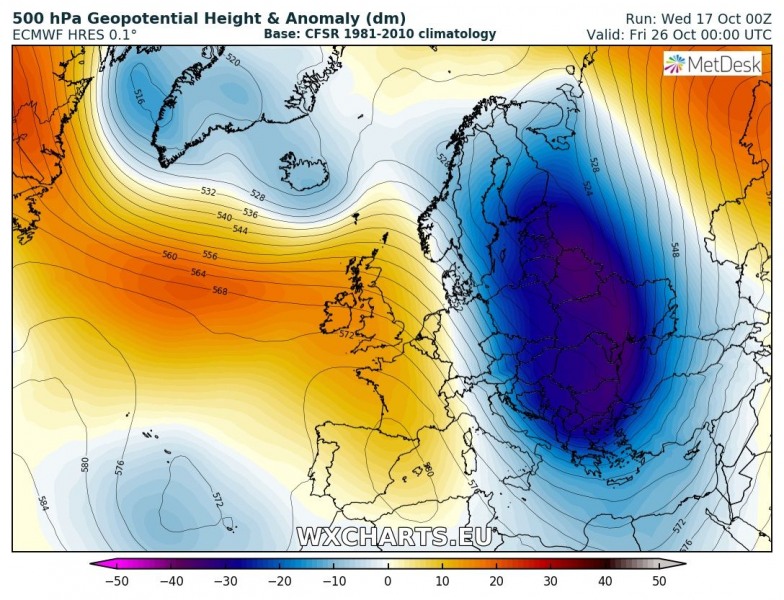 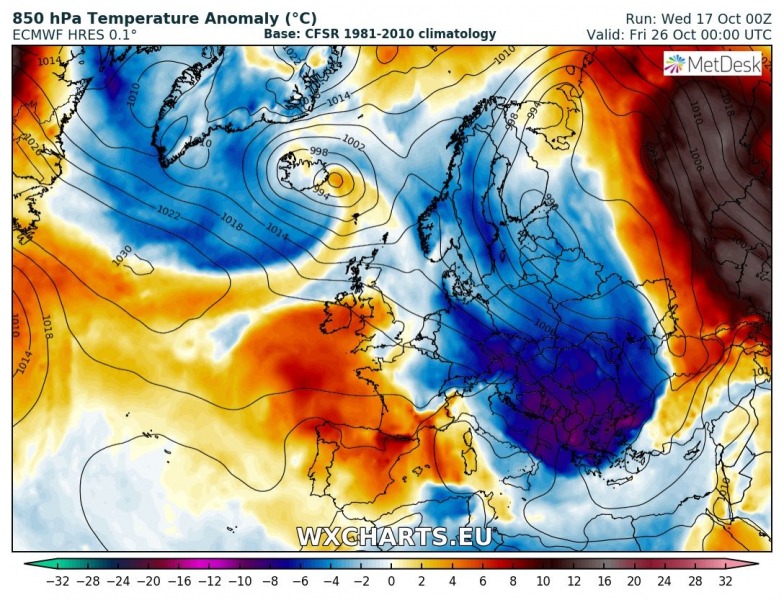 A deepening troughs over the far N Atlantic collapses the meridional flow and therefore the deep trough over the SE Europe rapidly weakens. The surface front still continues moving into the SE Mediterranen over the weekend, and brings severe weather into the Middle East region. 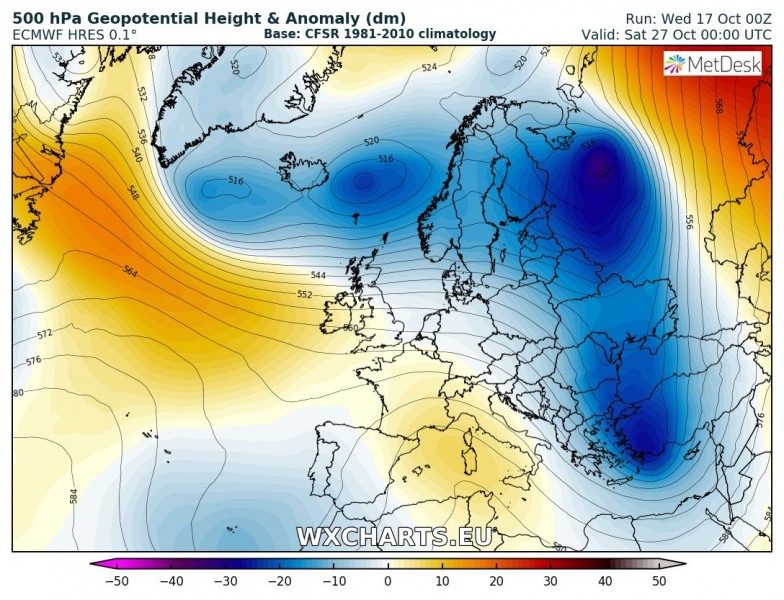 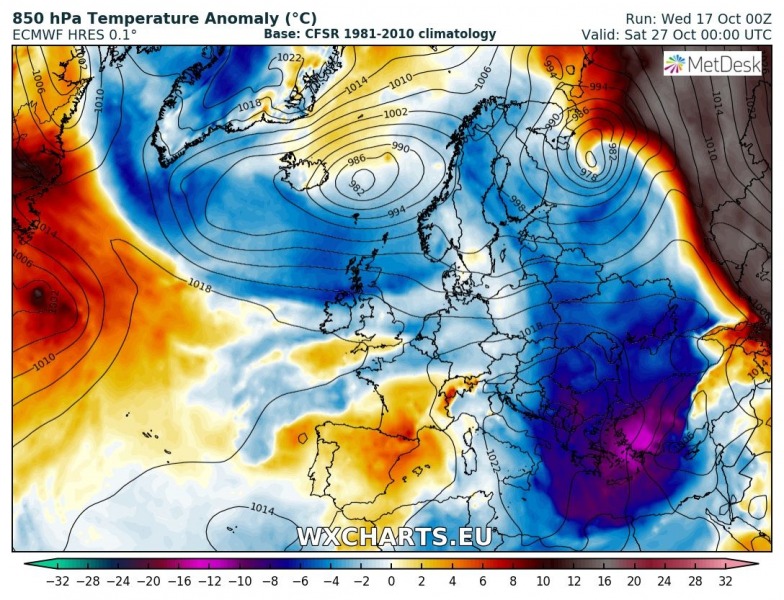 Recap: a new Arctic cold blast seems increasingly likely to develop across a large part of Europe next week, ending the long period of unusually warm weather in October. It could potentially bring snow close to the lowlands in some areas – more details on this during the weekend.