Intense rainfall is expected for parts of eastern Spain over the next two to three days. Major rainfall totals are expected, which may well result in locally intense flash floods! 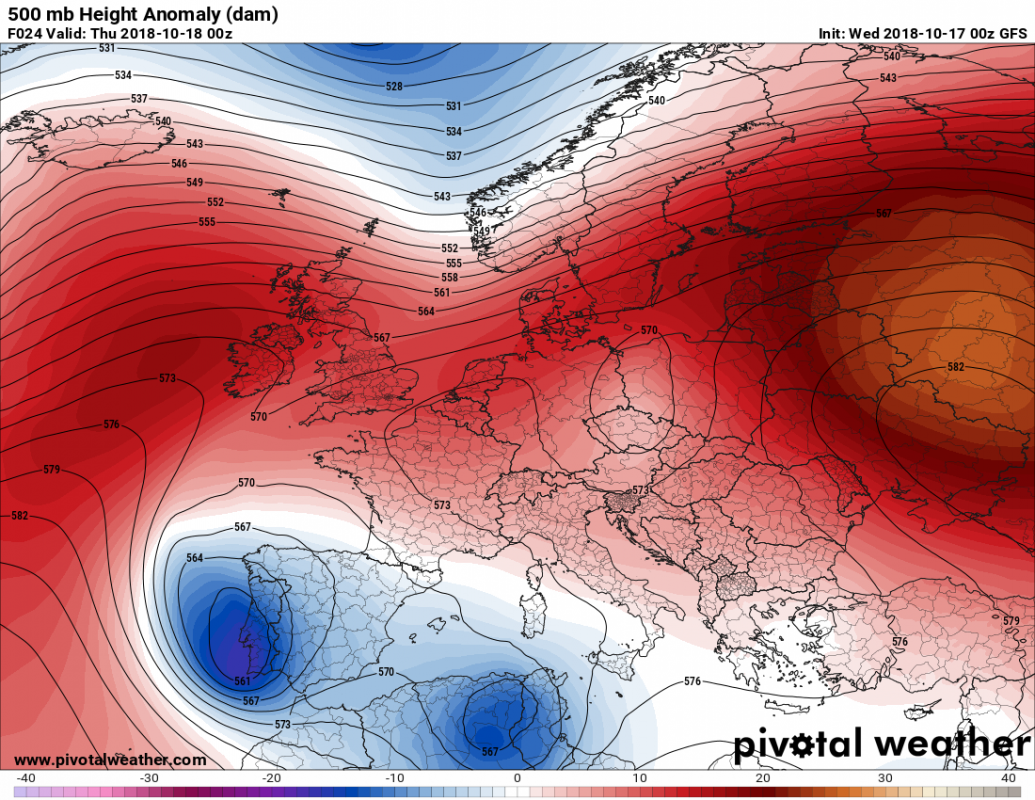 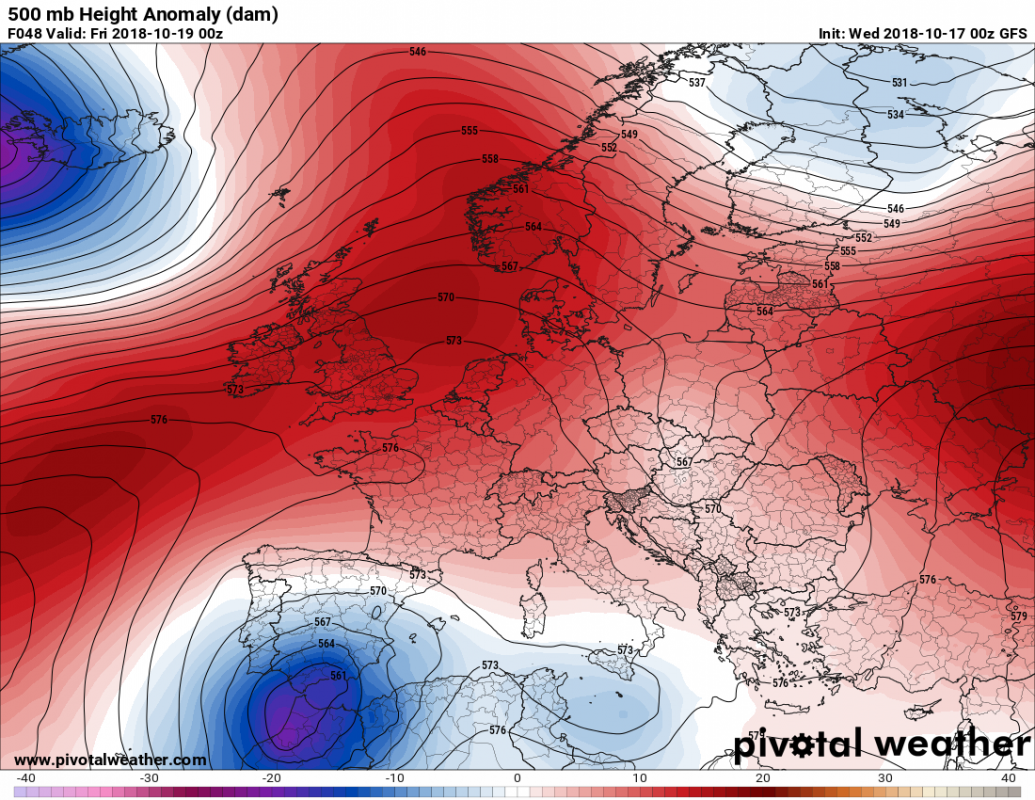 East of the cutoff low, strong and persistent easterly to northeasterly flow will establish. It will bring warm and very moist airmass from the western Mediterranean. Up to about 1000 J/kg MLCAPE will build up along the coastal area of eastern Spain. Expect widespread showers and thunderstorms along the coastal area as convective and orographic rainfall combine. Expect peak rainfall totals of 100-200 mm (locally possibly more) between late on Thursday and late on Friday. Further intense rainfall is expected in southern Spain along a stalled to slowly moving frontal boundary. Up to 70-120 mm of rainfall is expected on Friday and Saturday. Gibraltar and extreme north of Morocco may be affected as well. 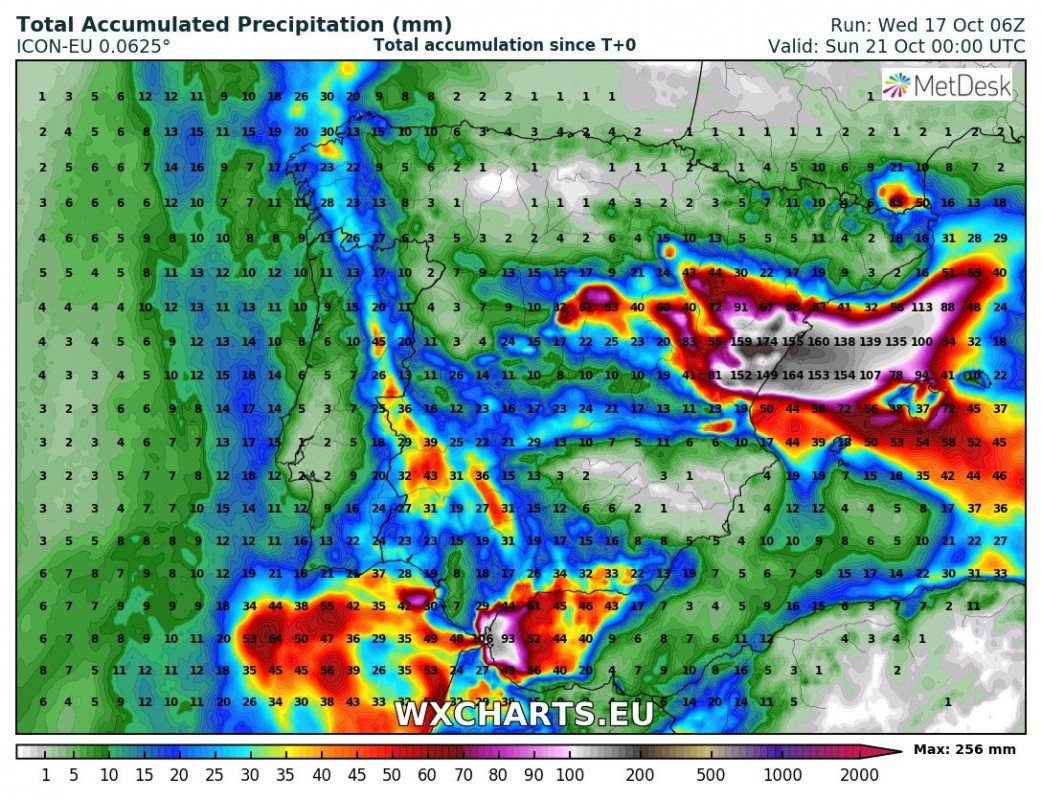 Total rainfall across the Iberian peninsula and its vicinity until early on Sunday. ICON-EU model. Map: Wxcharts.eu. 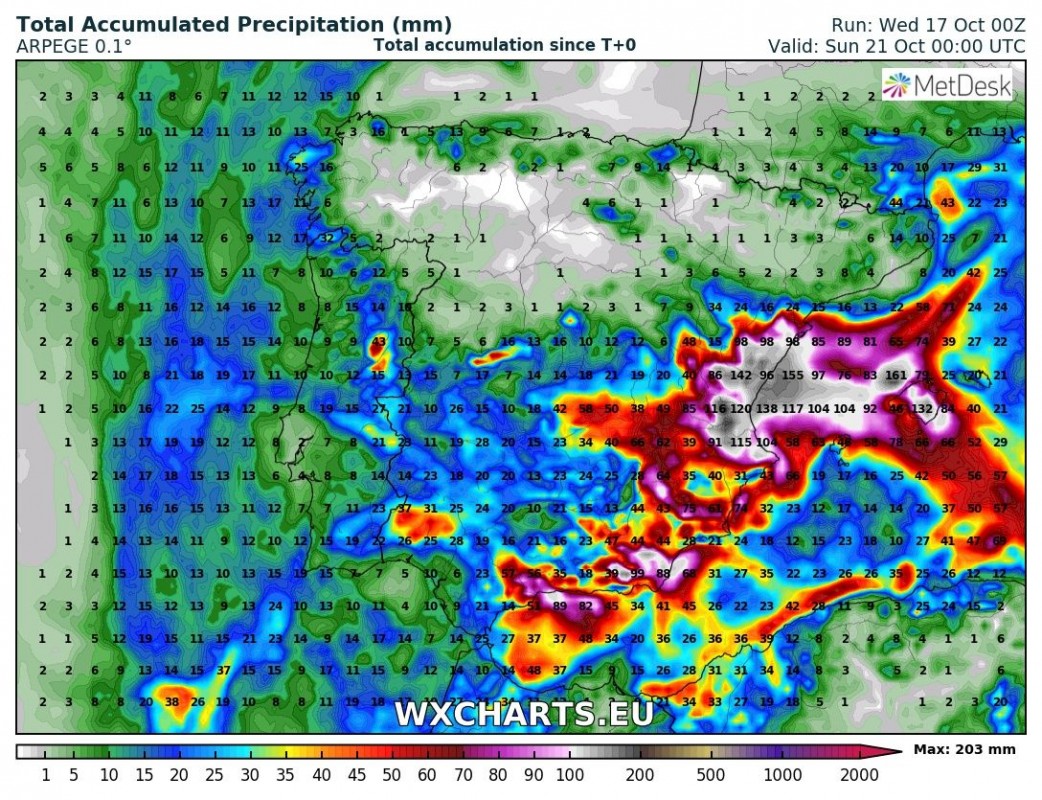 Total rainfall across the Iberian peninsula and its vicinity until early on Sunday. ARPEGE model. Map: Wxcharts.eu.

We will be providing another update on this potentially very dangerous weather situation tomorrow morning.