While western Europe gets a cold blast with a trough / cutoff low firmly stuck over the Iberian peninsula, southeastern and parts of eastern Europe get another very warm spell, with temperatures pushing into mid 20s. 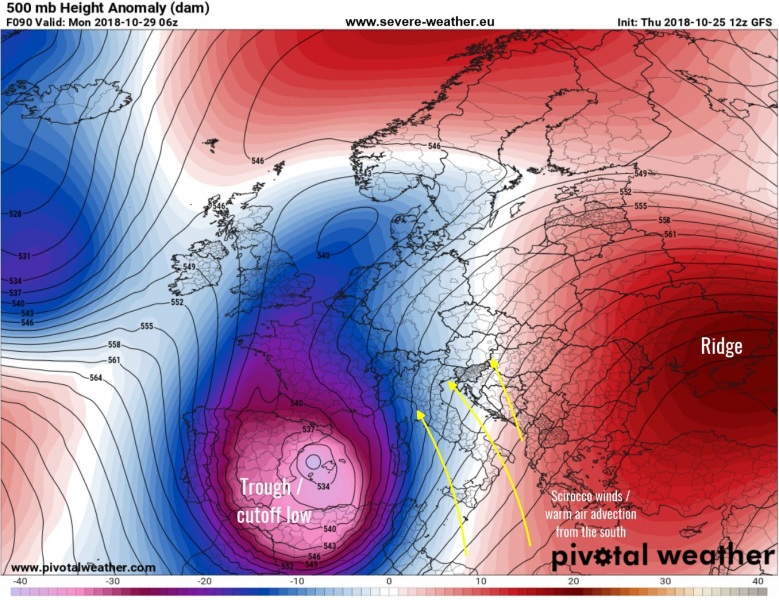 A strong ridge establishes over the far eastern Europe over the weekend and in the first days of next week. It provides stable, very warm for the entire region. Meanwhile, ahead of the deep trough / cutoff low over western Europe, strong southerly (Scirocco) winds push very warm airmass from the southern Mediterranean far north towards the Alps.

Daytime highs will be up to lower to mid 20s across the Pannonian basin and across parts of Bulgaria, Romania, Moldova and Ukraine. Very warm weather is expected to persist until the middle of next week. Also warm across much Italy until the cold front passage on Monday. Below are temperature anomaly maps (GFS model guidance) for successive days from Sunday to Thursday. 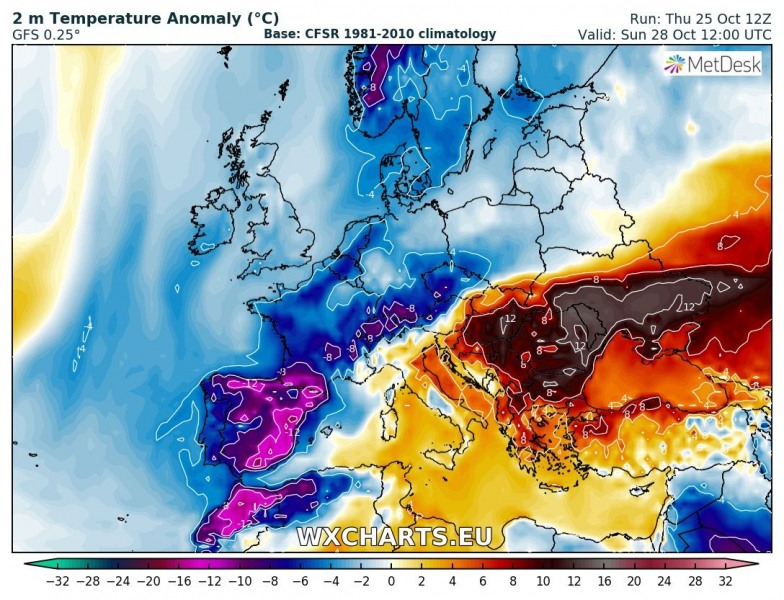 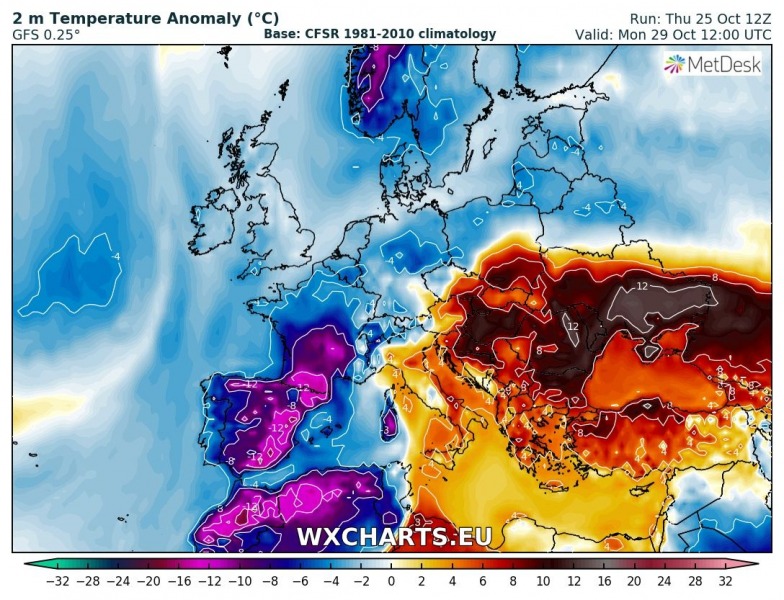 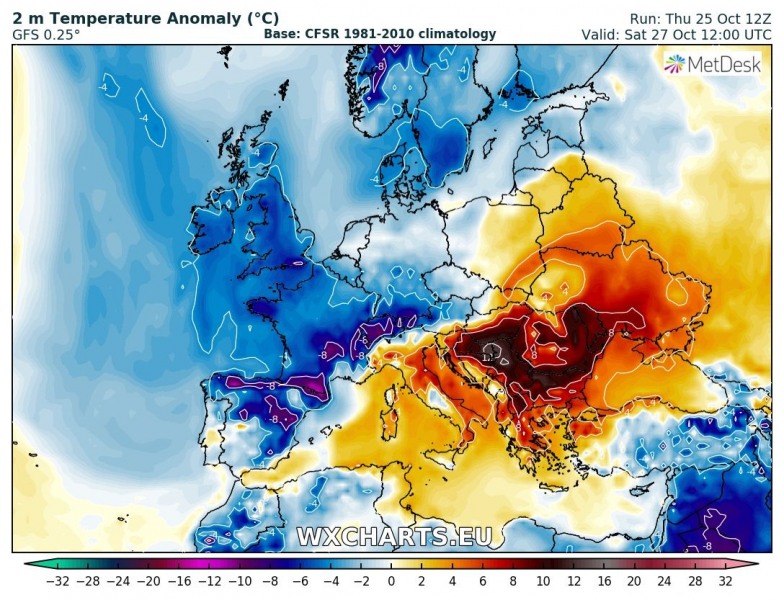 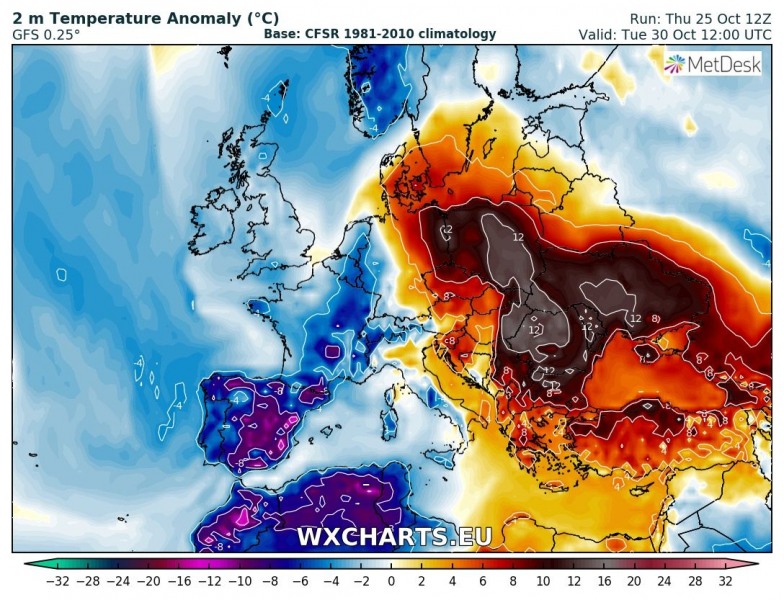 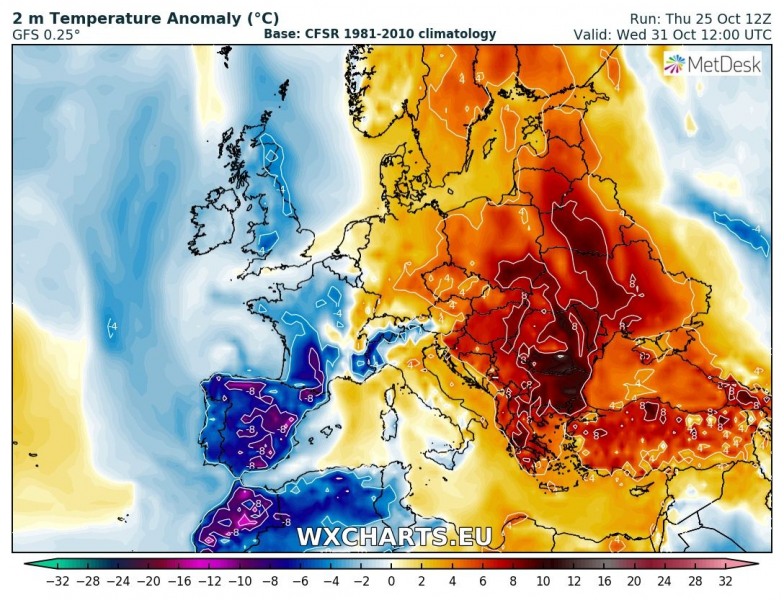 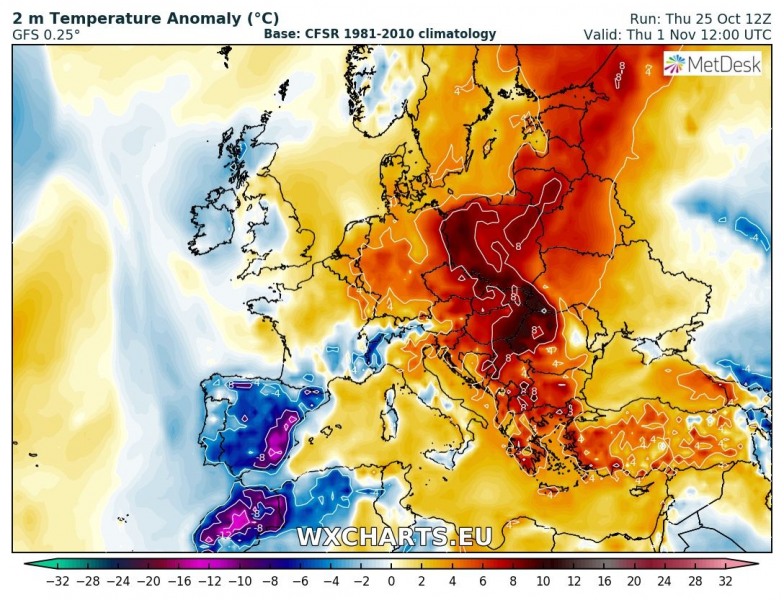 The same pattern will bring snow to the Iberian Peninsula and extreme rainfall to the Alpine region and the northern Mediterranean. See details: