The pattern across Europe is changing this weekend as an Arctic outbreak is being pushed across the western half of Europe, resulting in significant warm / moist airmass advection from the warm Mediterranean sea towards the Alps (N Italy, Switzerland, Slovenia, Croatia). This will lead into extreme amounts of rainfall and major flooding threat is increasingly likely to develop as well. Locally more than 500 mm of rainfall within 72 hours period can be expected!

Given the likelihood and severity of the event, HIGH risk for dangerous flooding and landslides has been issued from Saturday afternoon until Monday night:

Attached is a 24-hour rainfall sequence per BOLAM and WRF-ARW models for Saturday (Oct 27th), Sunday (Oct 28th) and Monday (Oct 29th), indicating the rainfall intensity and amounts will be maximized on Sunday and Monday across the (actually classic) regions Ticino Canton in Switzerland and northern parts of Friuli, Veneto, northern Lombardia, Piemonte and Aosta valley regions as well as NW Slovenia (Soča valley) and NW Croatia (Gorski Kotar). Another maximum is also over the northwestern Apennines in Liguria. 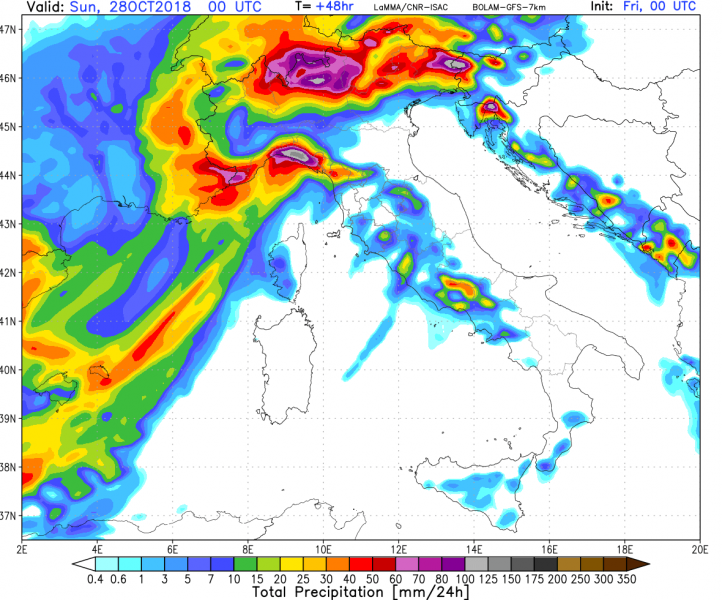 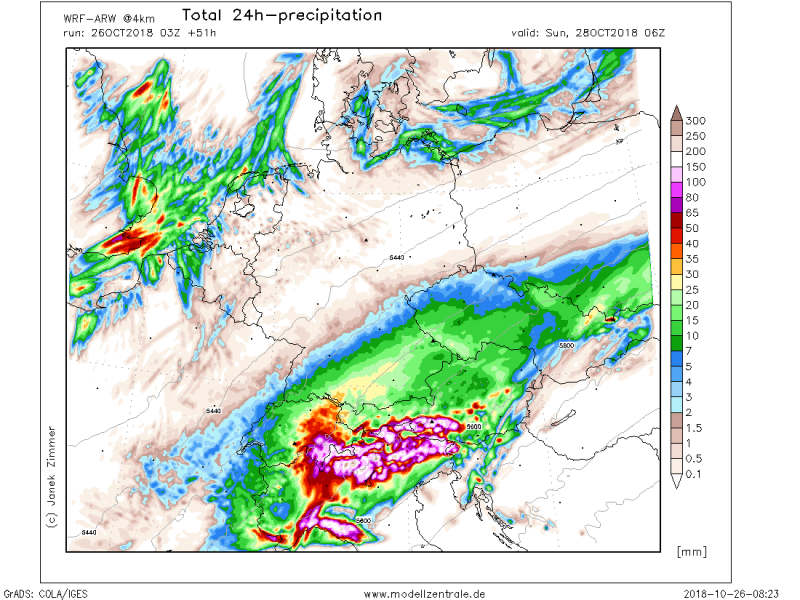 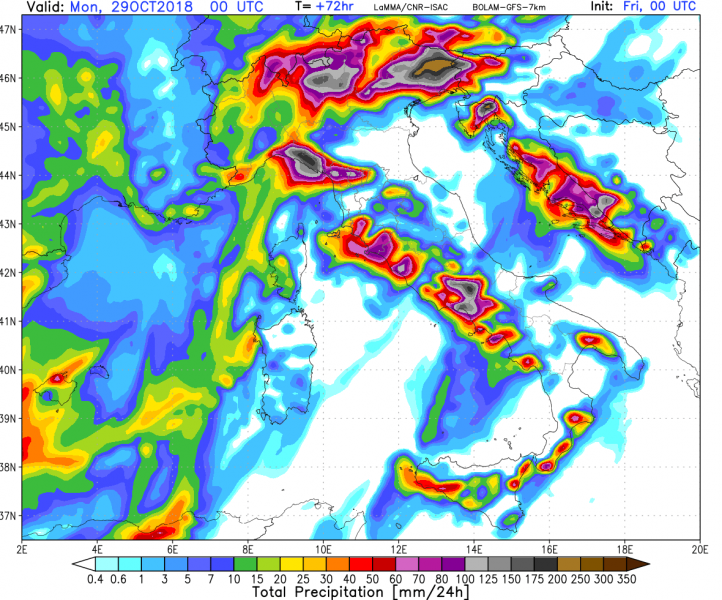 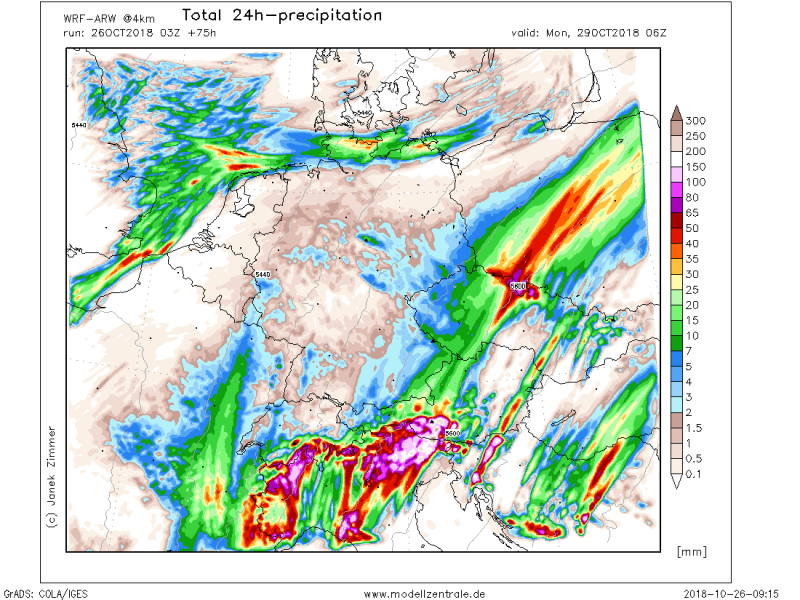 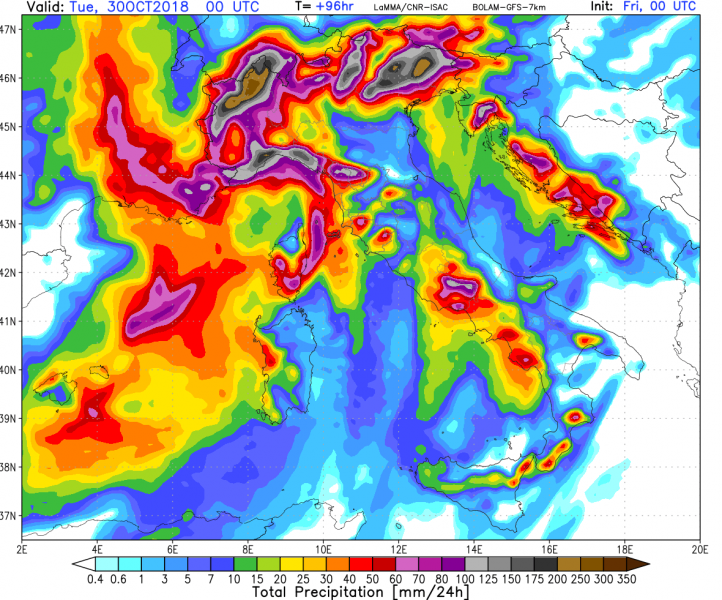 Both Sunday and Monday will bring a lot of convective storms from the Ligurian and Adriatic seas inland into NW and NE Italy, as well as into WSW Slovenia and NW Croatia. Rather impressive moderately strong instability (CAPE even in excess of 1500 J/kg) combined with very strong 50-80 knots of deep layer shear (!!) will favour organized severe storms, including intense multicells and supercells. The primary threat will be training cells effect and maintaining very intense rainfall over the same areas for longer period of time. In addition, tornadoes seem quite possible with the most robust cells where low-level shear and helicity will be maximized (e.g. Ligurian coast and NE Adriatic into southern Friuli region and Kvarner bay). 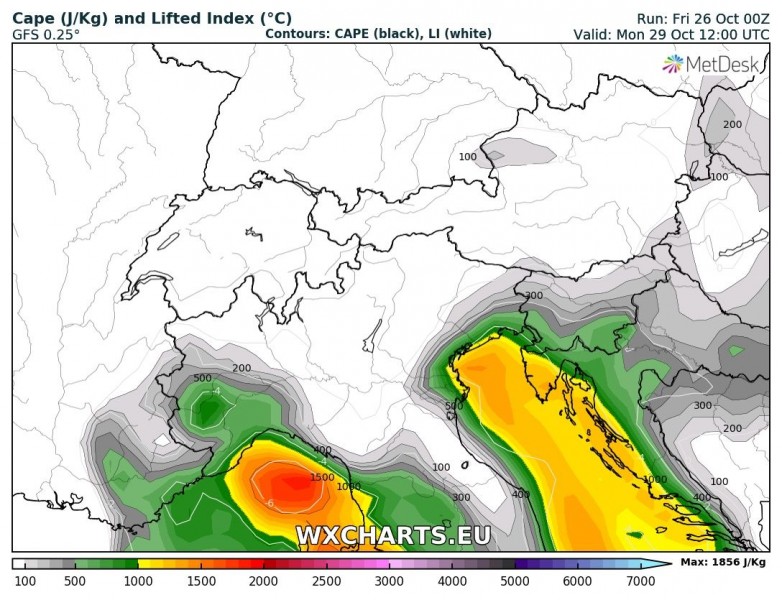 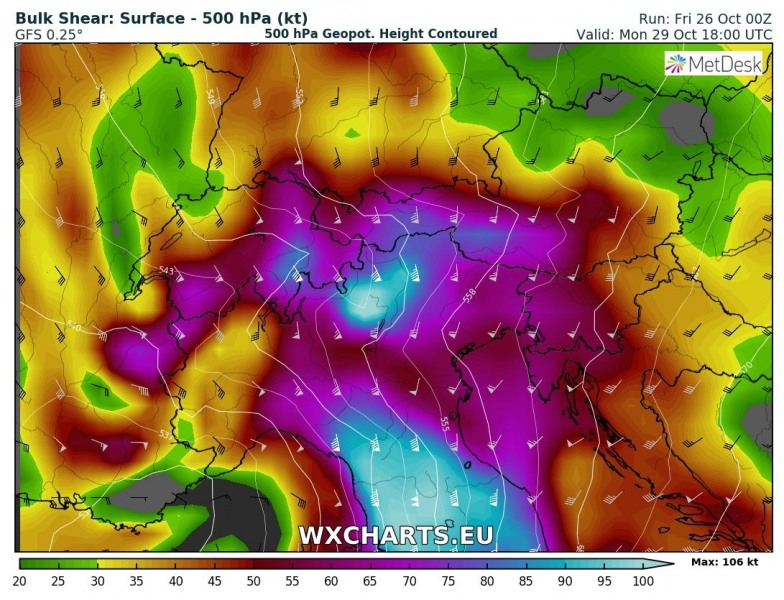 Total rainfall accumulation until Monday night model comparison of ARPEGE, GFS, ICON-EU and WRF-ARW. 200-350 mm can be expected across the southern Alpine flank while locally 400 to even more than 500 mm is possible where orographic features will be maximized and combined with training convective cells effect. Dangerous flash floods are very likely to occur in these areas. While most of the activity until Monday will be pre-frontal, the main cold front arriving later Monday will bring severe threat across the whole areas and strong forcing will lead to a rather explosive line of storms from west to east in the evening and nightime hours. Severe winds, tornadoes and very intense rainfall are possible with those storms as well. 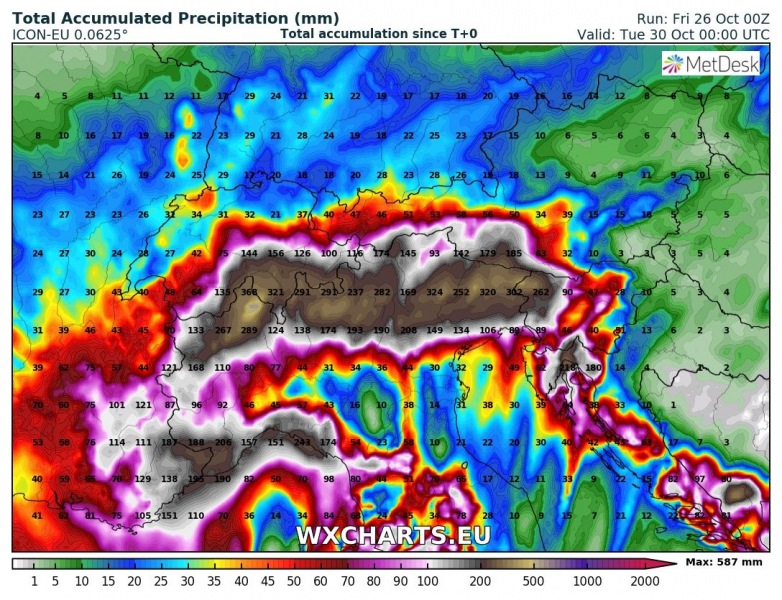 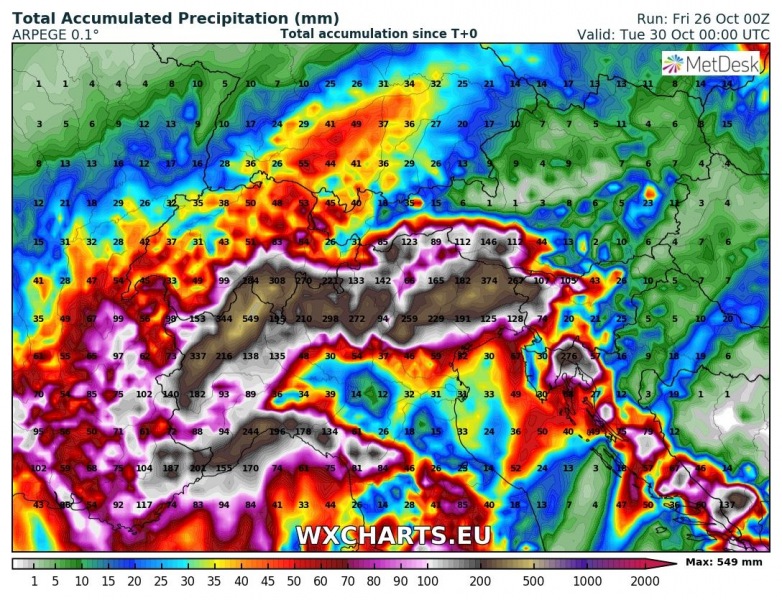 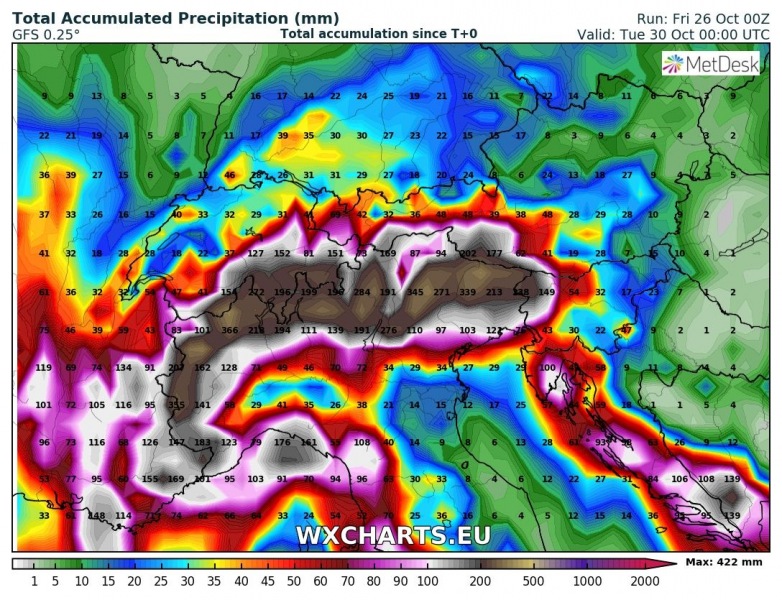 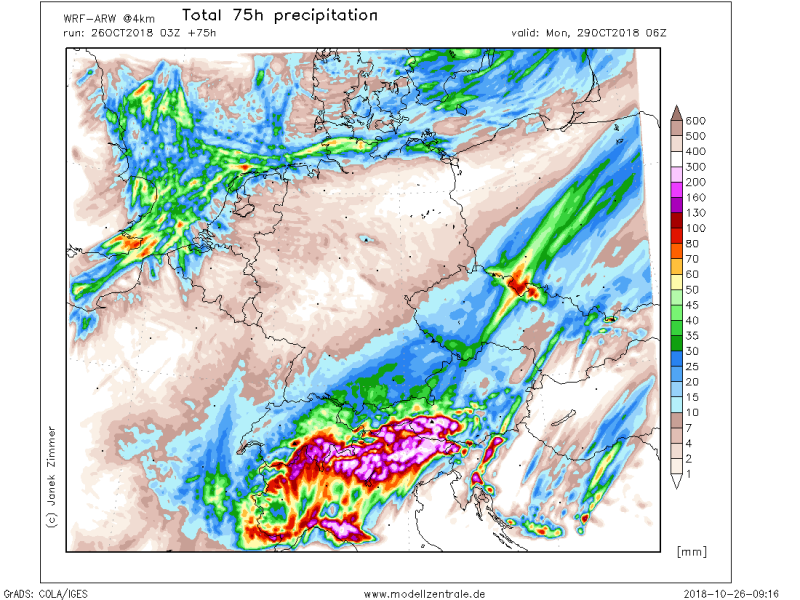 The overall pattern will likely bring an extreme amount of rainfall, exceeding 500 mm and major flooding locally through Sunday and Monday, as well as soon after event/front is over – Tuesday. Stay alert for dangerous weather conditions!

We are closely monitoring the evolution of the event – stay tuned!