Central Europe is in for a major flooding threat this weekend into early/mid next week as a significant pattern flip is expected, starting in the coming days. Ridging over the N Atlantic and western Europe will collapse with an Arctic outbreak pushing towards Iberian peninsula and western Mediterranean. Ridging will strengthen over the eastern Europe. This will establish a stalled baroclinic / frontal zone across central Europe with several deep cyclones across north / central Mediterranean. Powerful moist and warm southerlies will advect very moist and unstable airmass towards the Alps. Convective and orographic rainfall will result in extreme amounts of rainfall through 4-5 days period, likely in excess of 500 mm in some areas.

This weekend’s pattern is actually a classic ‘autumn flooding event’ for the northern Mediterranean, in which a deep trough is maintained over southwestern Europe and a ridge develops over eastern Europe. In the zone between, strong warm advection brings very warm and moist air towards the mountainous terrain of the southern Alps, Apennines and Dinaric mountain ranges in the northern Mediterranean region. As this pattern is likely to remain in place for several days, extreme flooding threat will develop. 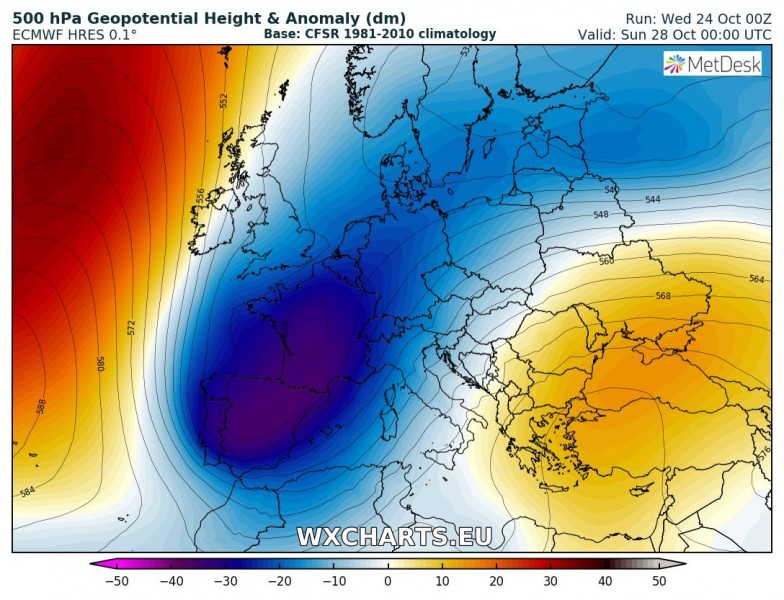 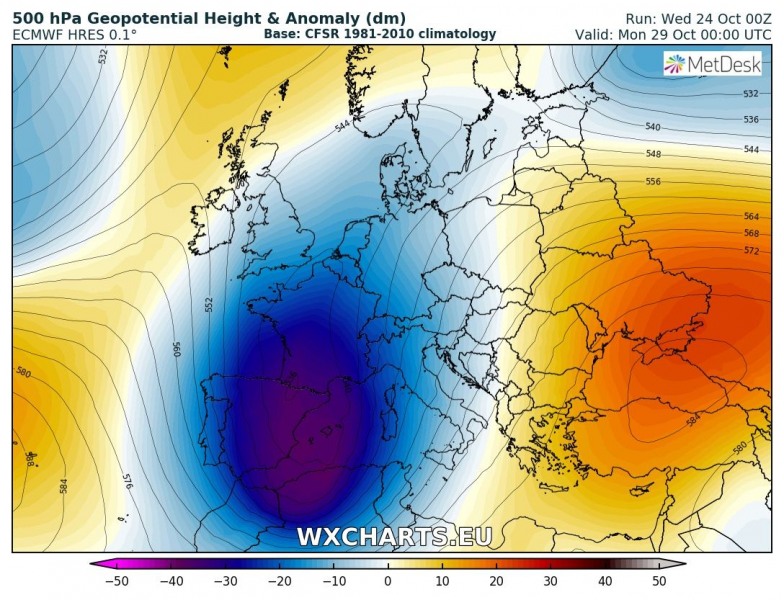 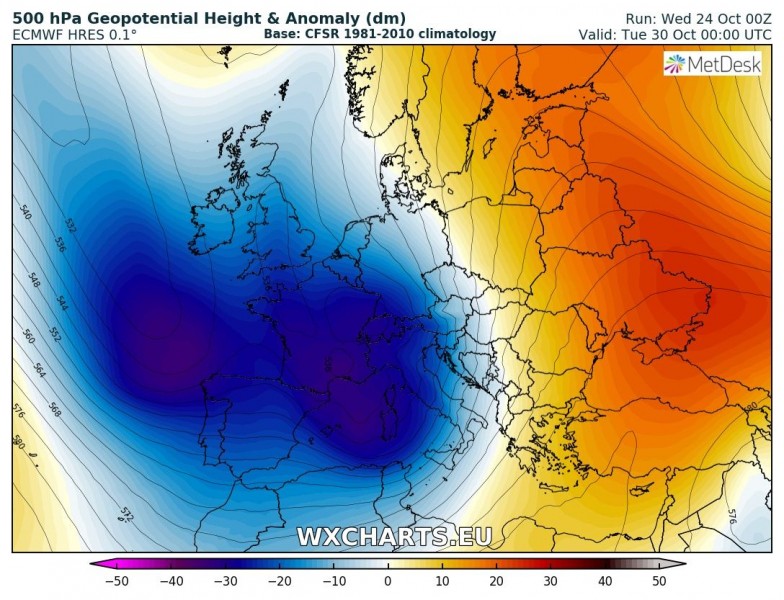 Various models comparison (GFS, GMA, ICON-EU) of total rainfall amounts until Sunday evening: huge amounts of rainfall are expected, 100-300 mm possible in some areas while the most exposed locations where orographic rainfall will be the strongest could see even higher values, towards 500 mm. We are awaiting more model outputs to give more details on specific areas and regions. The other global model, ECMWF is also in good agreement of this severe event. 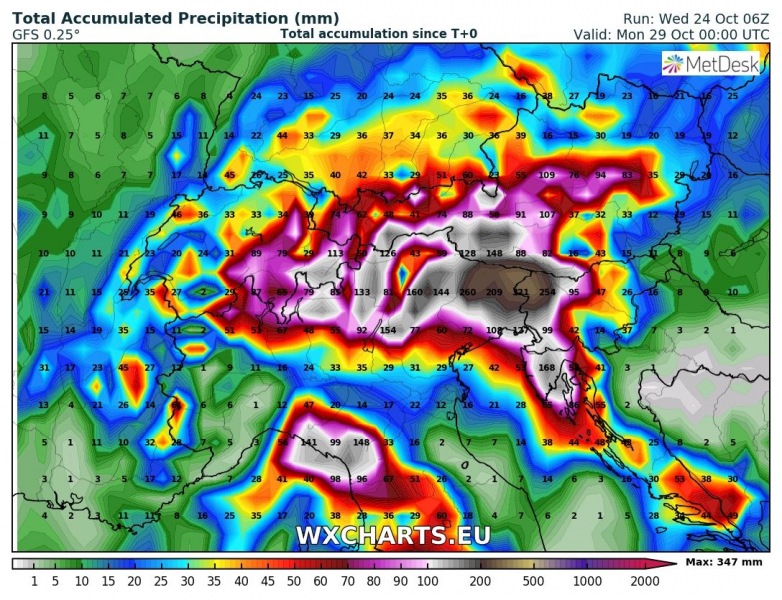 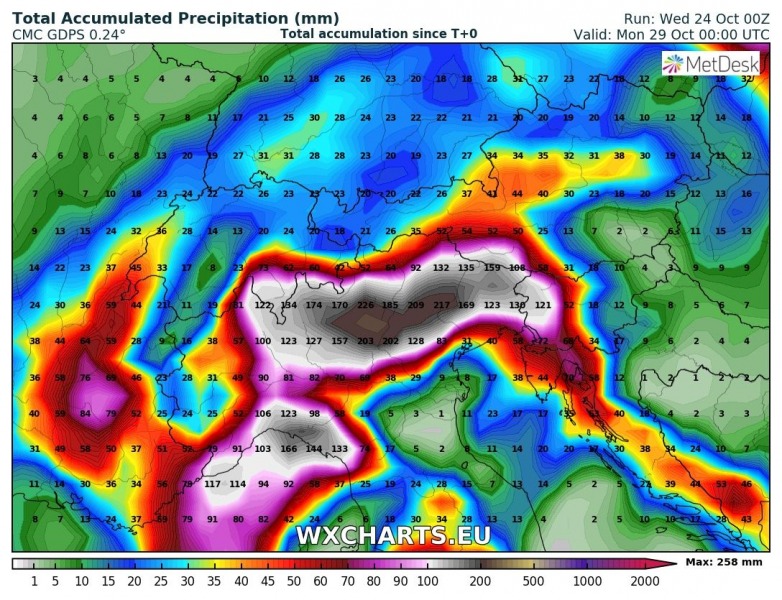 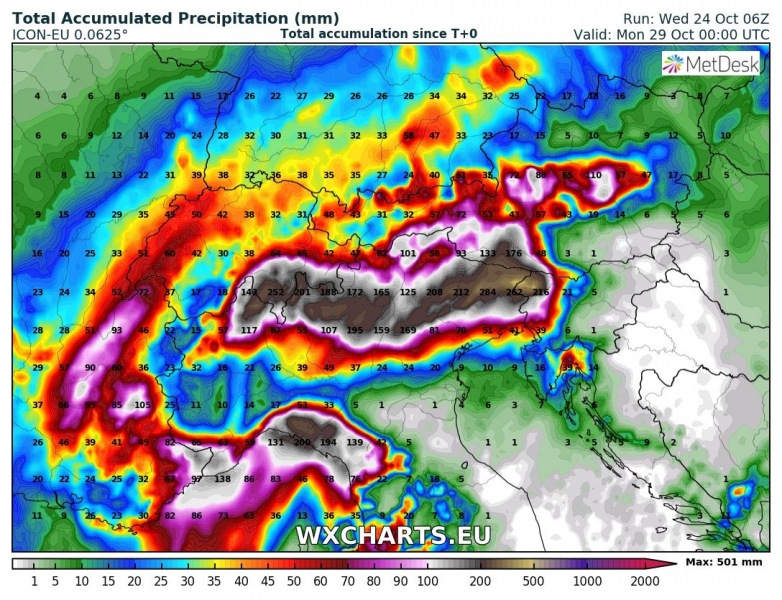 The pattern through much of next week remains similar to what is expected this weekend: meaning deep troughs over WSW Europe and ridging over the eastern half of Europe. This will likely result in additional extreme amounts of rainfall across the same regions (north Mediterranean and Alpine region as well as NW Balkan peninsula) and further dangerous flooding threat will exist – but more details on this in the coming days. 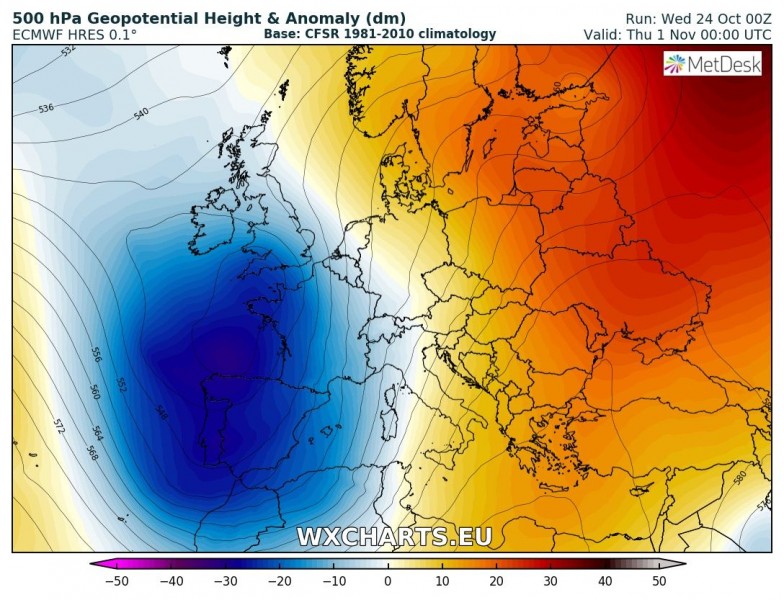