Another cyclone, a secondary low is now rapidly deepening across the Bay of Biscay and moving towards France. Central pressure is already around 977 mbar and expected to continue deepening while the cyclone pushes into western France tonight. An intense windstorm will hit western France in the next 12 hours!

A very large trough with two deep cores is sitting over western Europe with two intense surface cyclones. One cyclone has just passed England and resulted in a severe windstorm while another one is seen over the Bay of Biscay. Being placed within the strong zonal flow, the cyclone will rapidly translate southeast into France tonight. 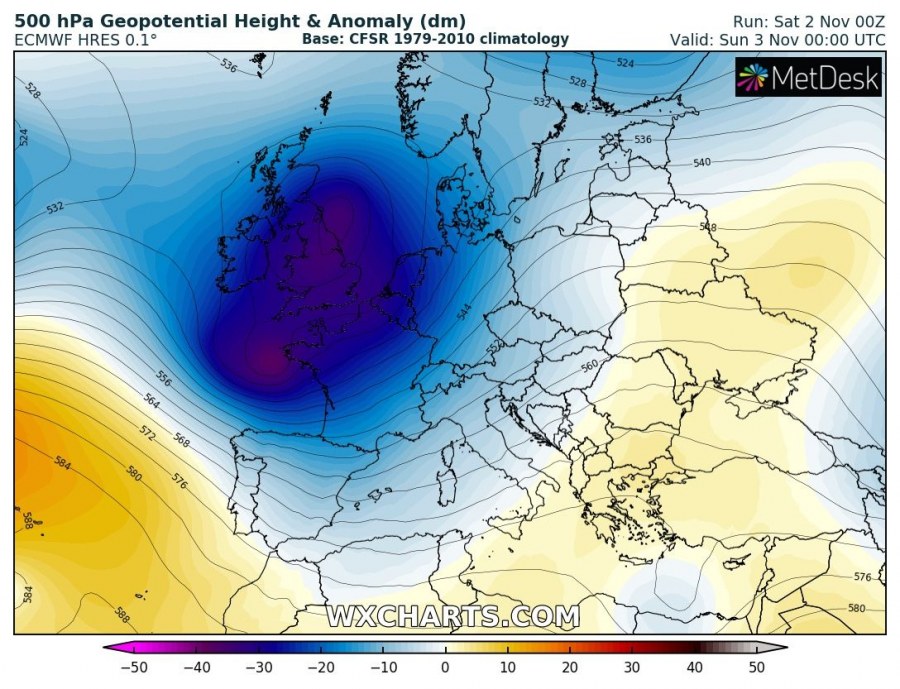 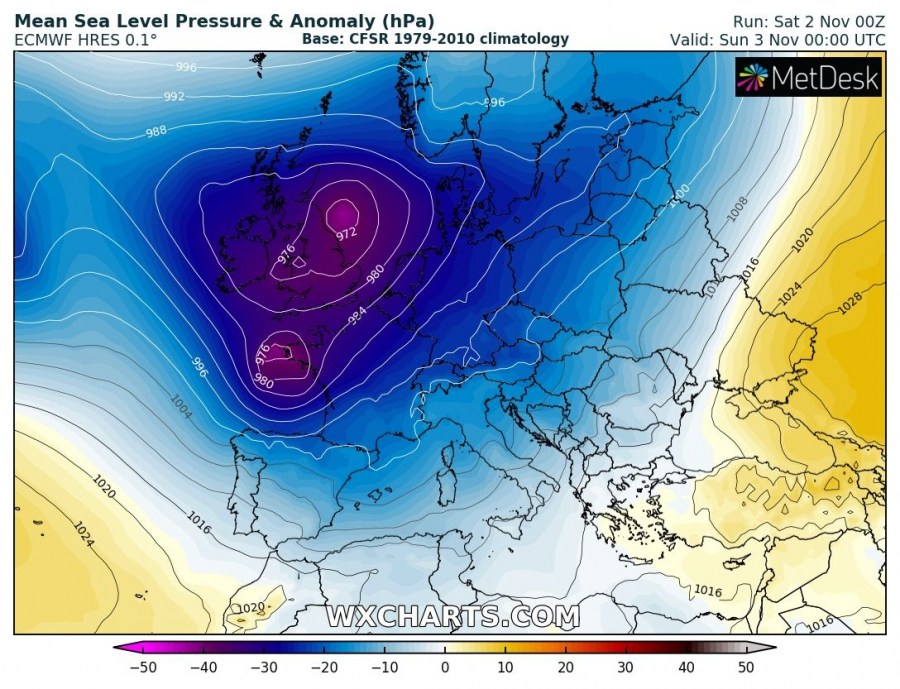 Cyclone brings some intense rainfall along the main cold front, the frontal system itself is nicely visible on the precipitation and wind forecast maps. Peak gusts are expected to become extremely severe and push into 130-160 km/h range, even higher gusts are possible offshore over the Bay of Biscay. Cyclone will come ashore sometime between 00-06 UTC tomorrow morning, Sunday Nov 3rd. Huge waves are also expected along the coastal areas. 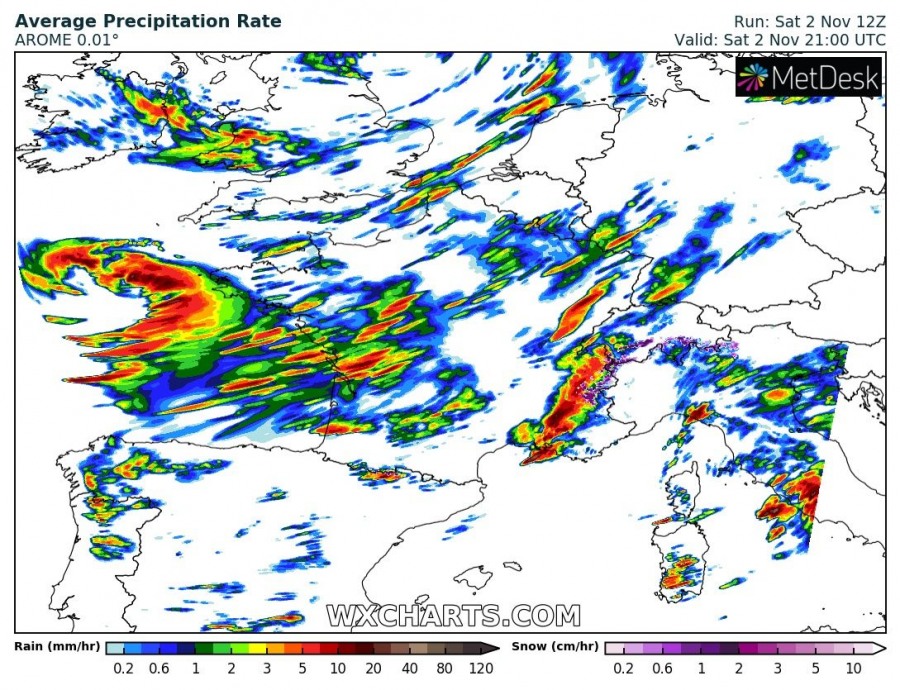 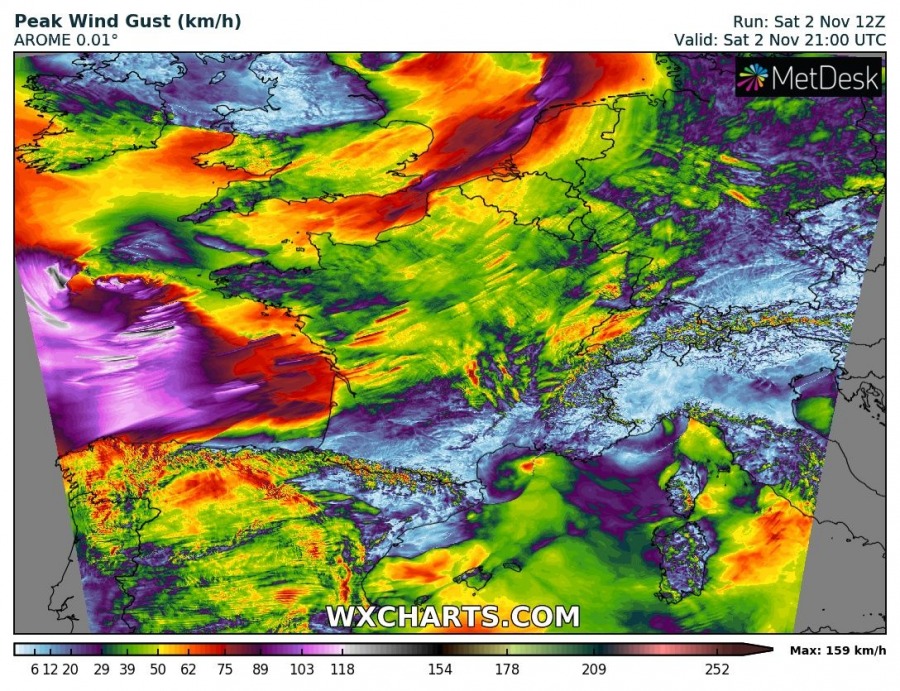 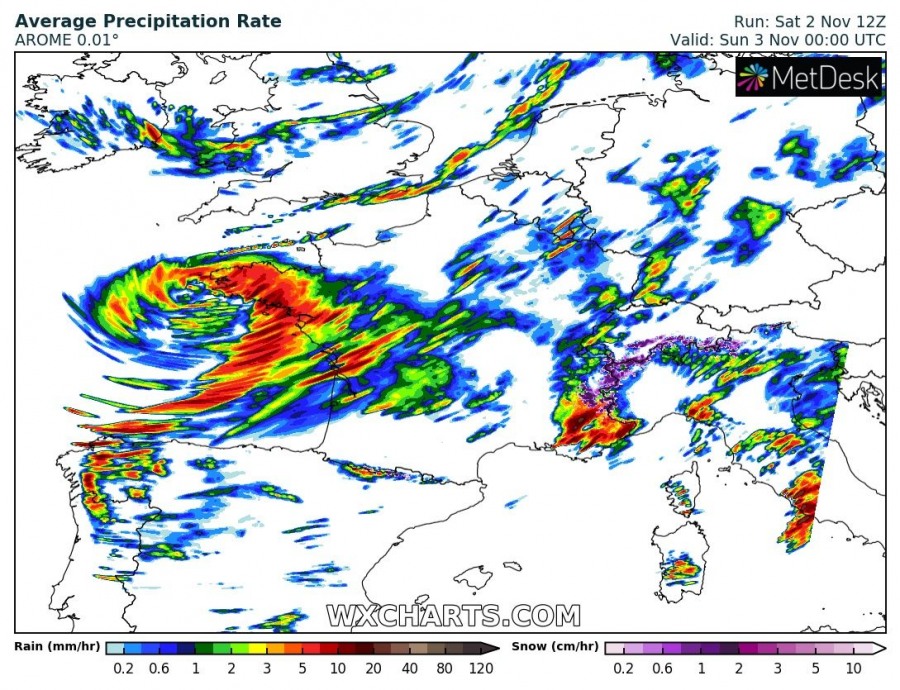 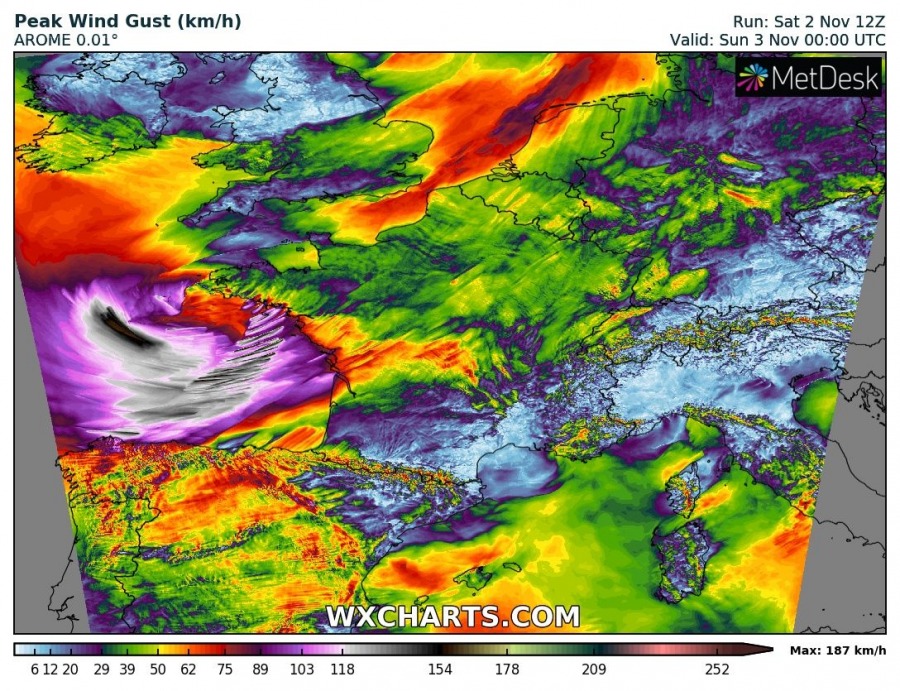 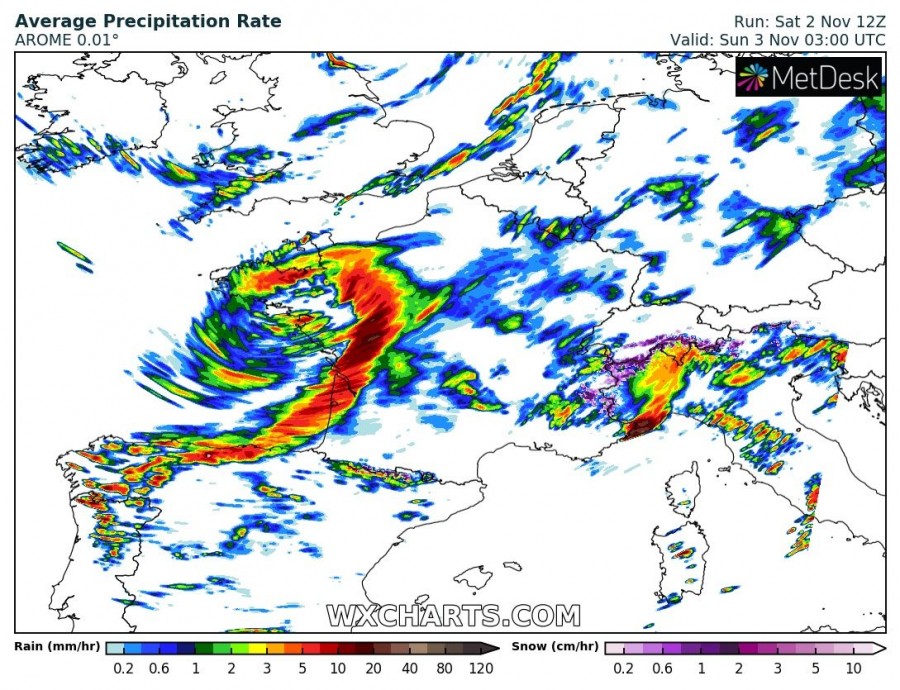 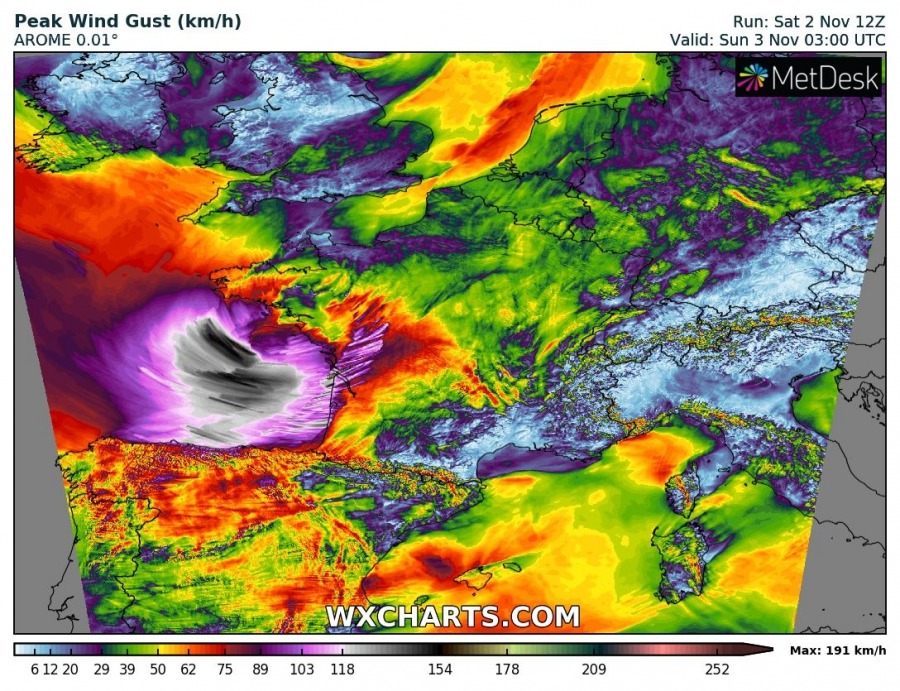 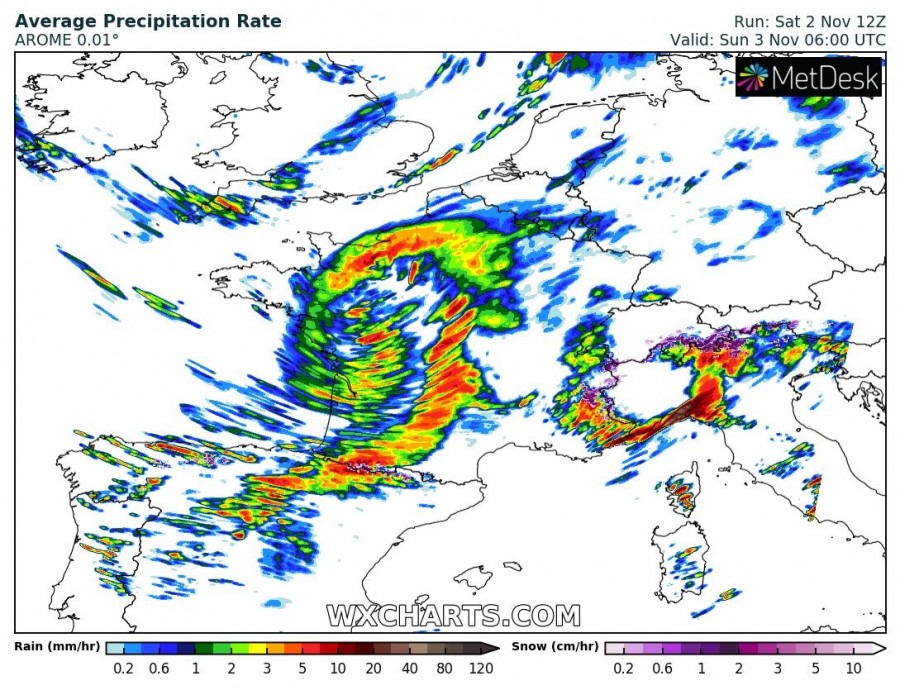 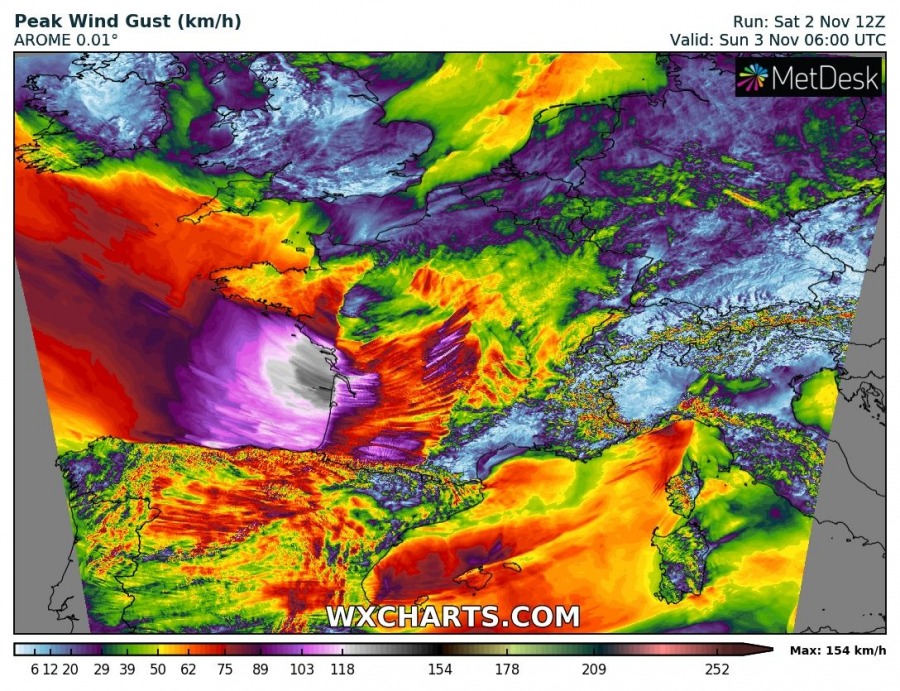 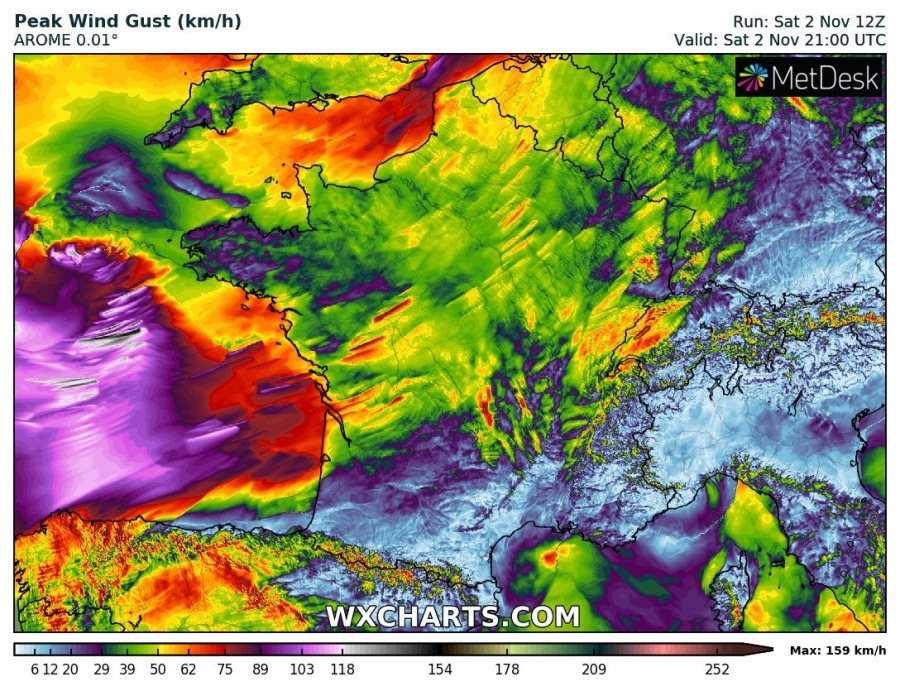 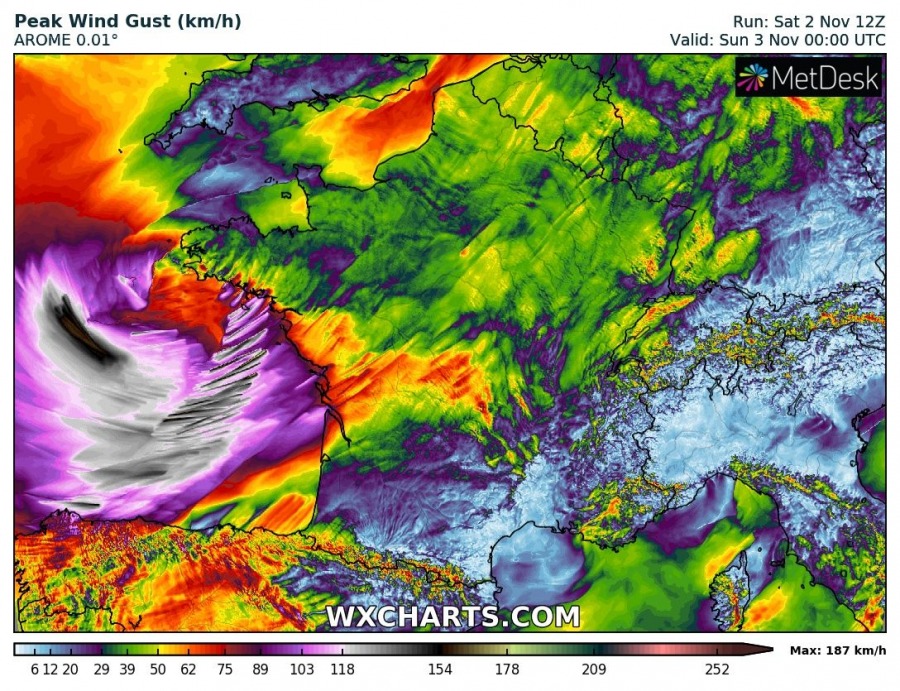 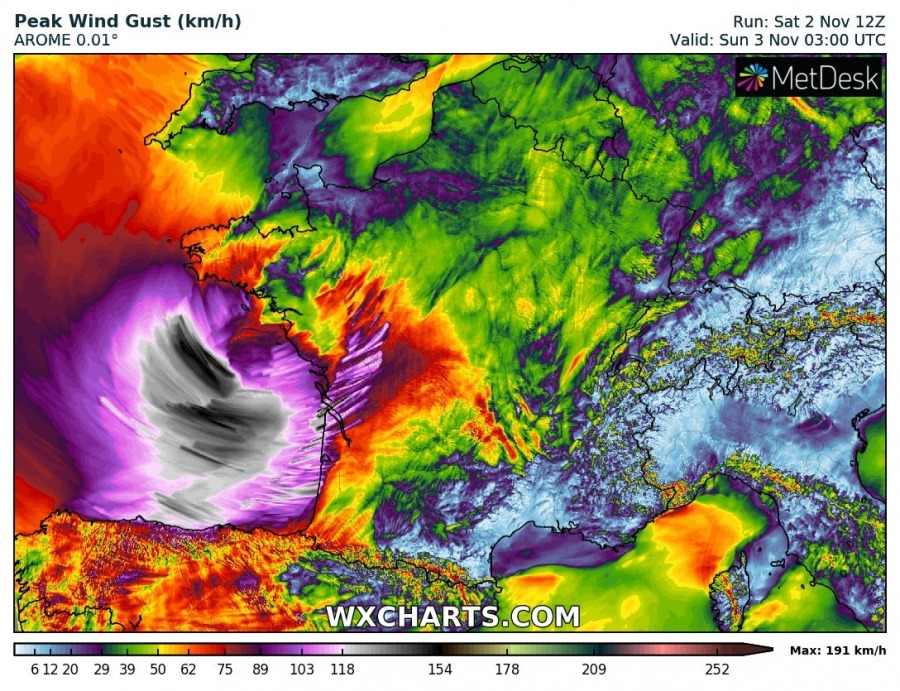 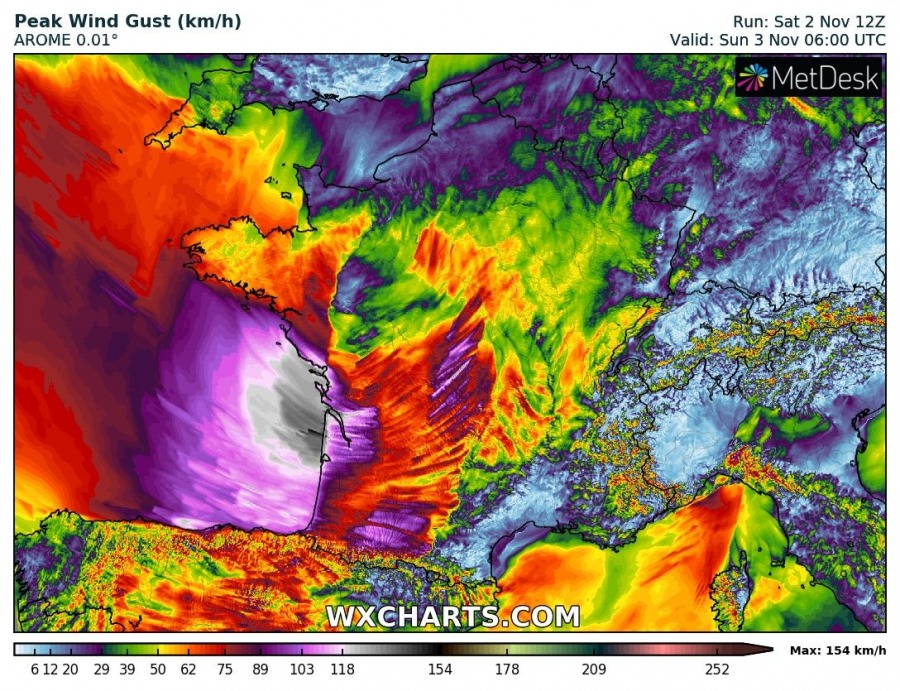 Overview of the peak wind gusts by ARPEGE, ICON-EU and AROME models until Sunday morning. All models agree that extremely severe wind gusts are likely to develop, ranging between 120 and 160 km/h. 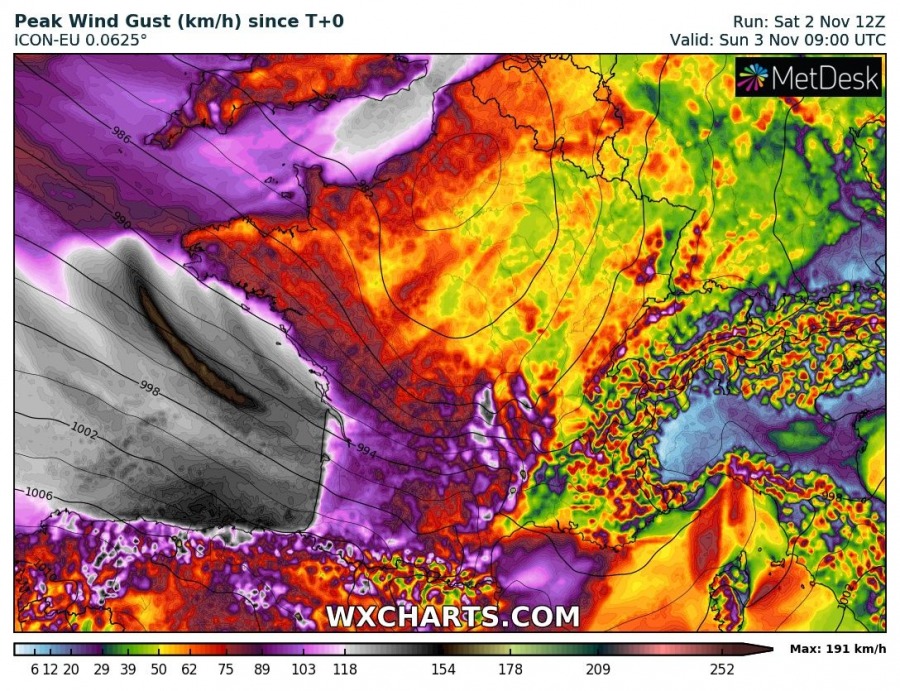 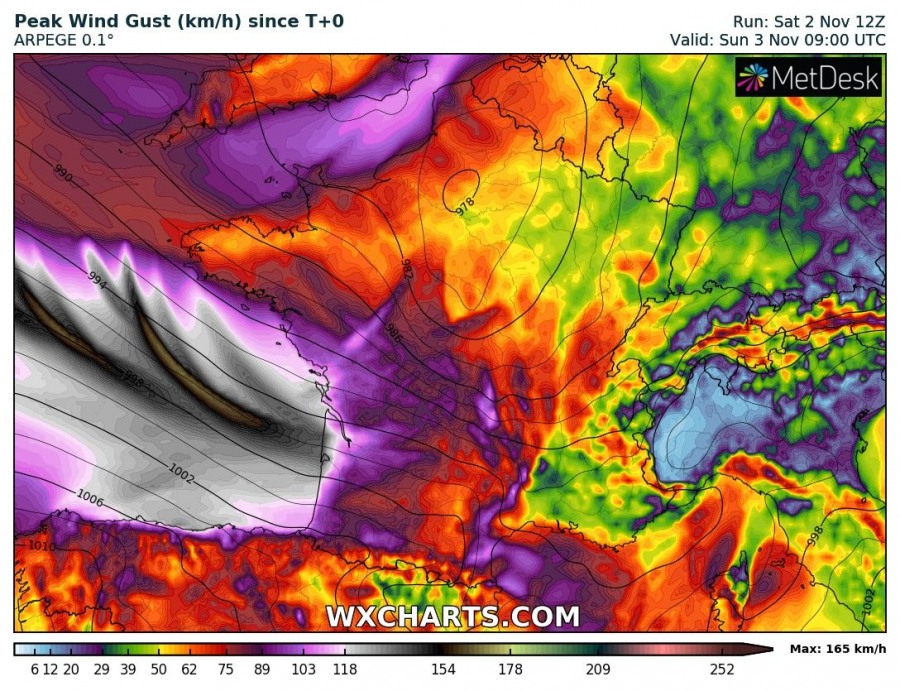 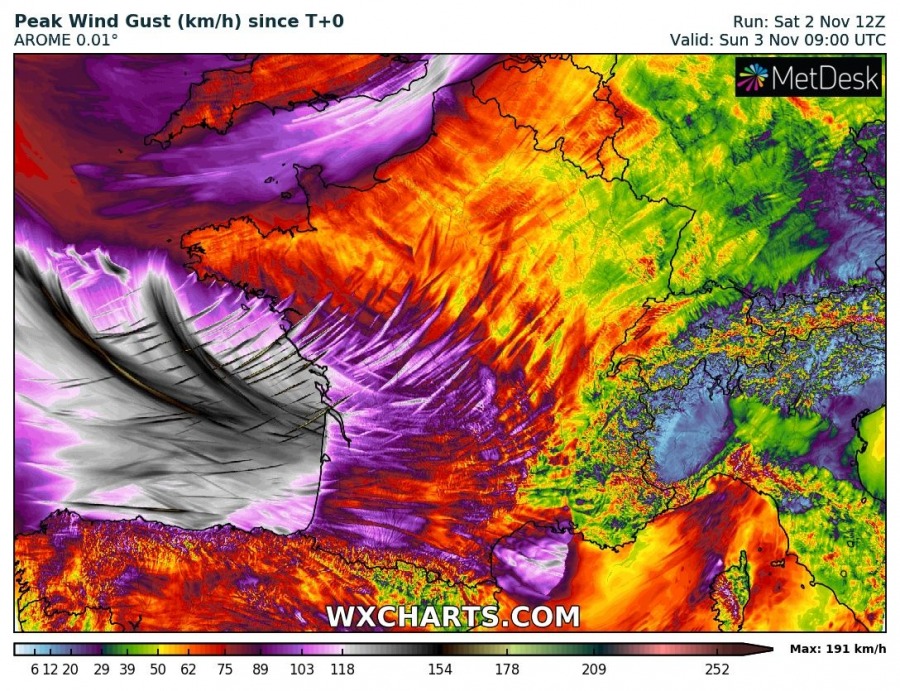