The first significant autumn rainfall event is developing over the N Mediterranean and western Balkans this weekend as a large, deep trough establishes over the west-central Europe and result in strong warm and moist advection from the Mediterranean northeastwards. Major rainfall is locally expected, bringing huge amounts of rain. Some areas could receive 200-500 mm of rainfall until Wednesday!

A classic autumn pattern establishes with strong and persisting long-wave upper trough over the N Atlantic and west-central Europe, with a broad low pressure system at the surface. Such pattern usually persists for several days. 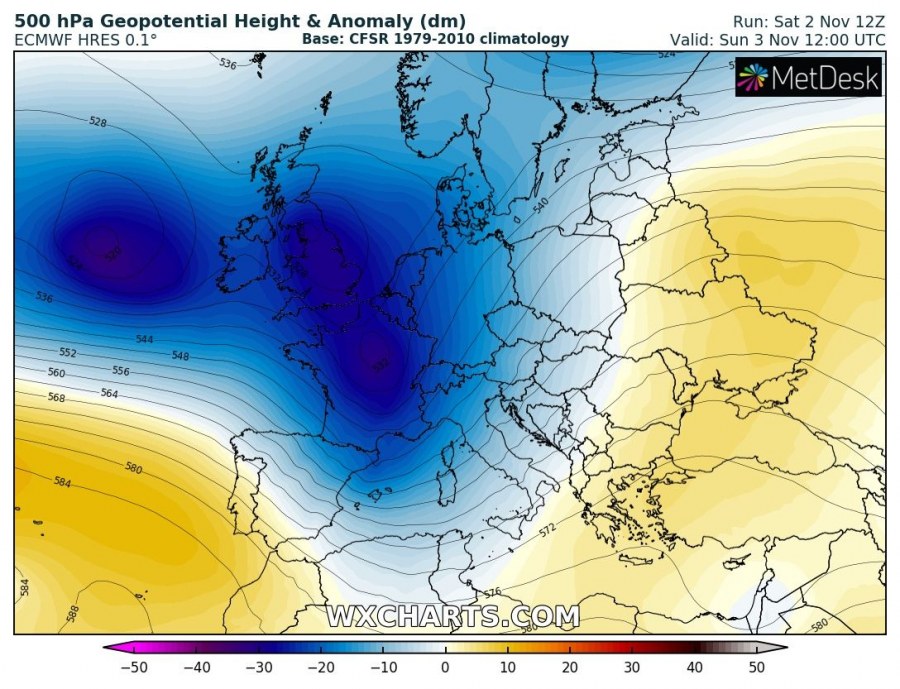 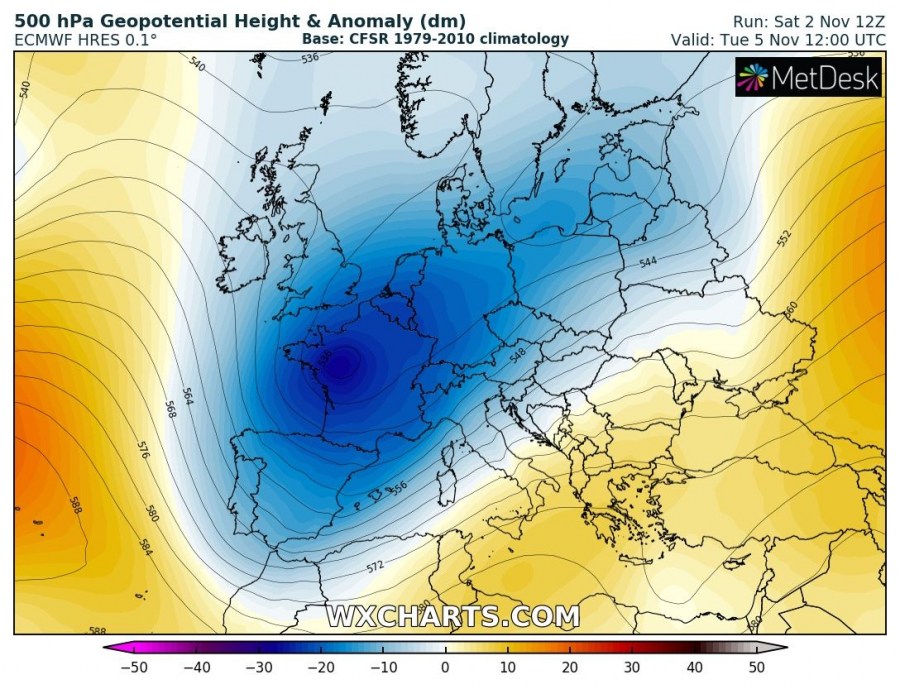 Between the deep trough over western Europe and ridging to the east, strong jet-stream is placed. Beneath the jet streak, strong south-southwest winds will establish, supportive of intense orographic lifting into the mountainous terrain. Strong winds will also strongly enhance the vertical wind shear. 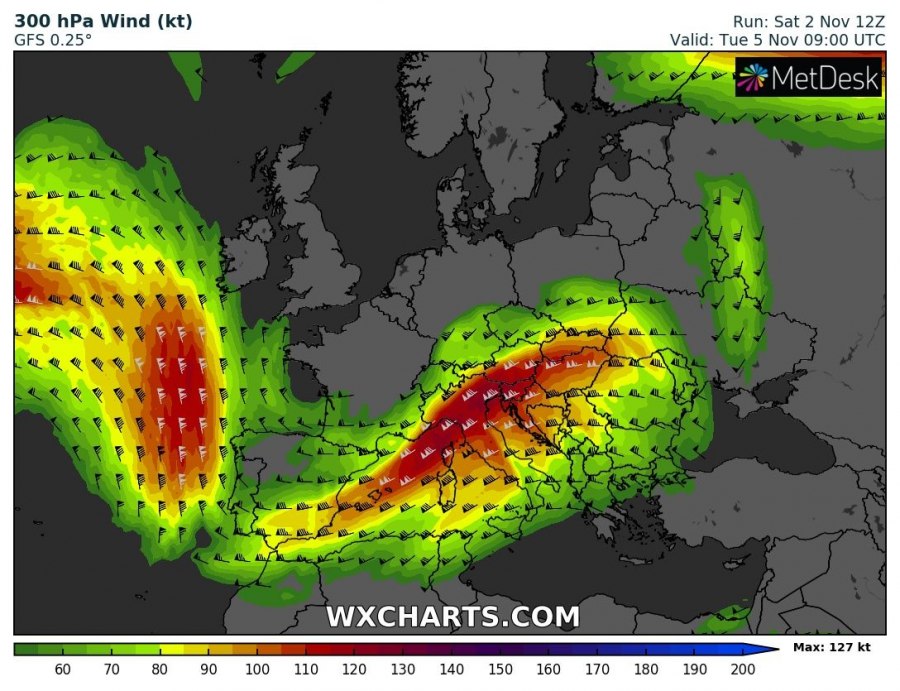 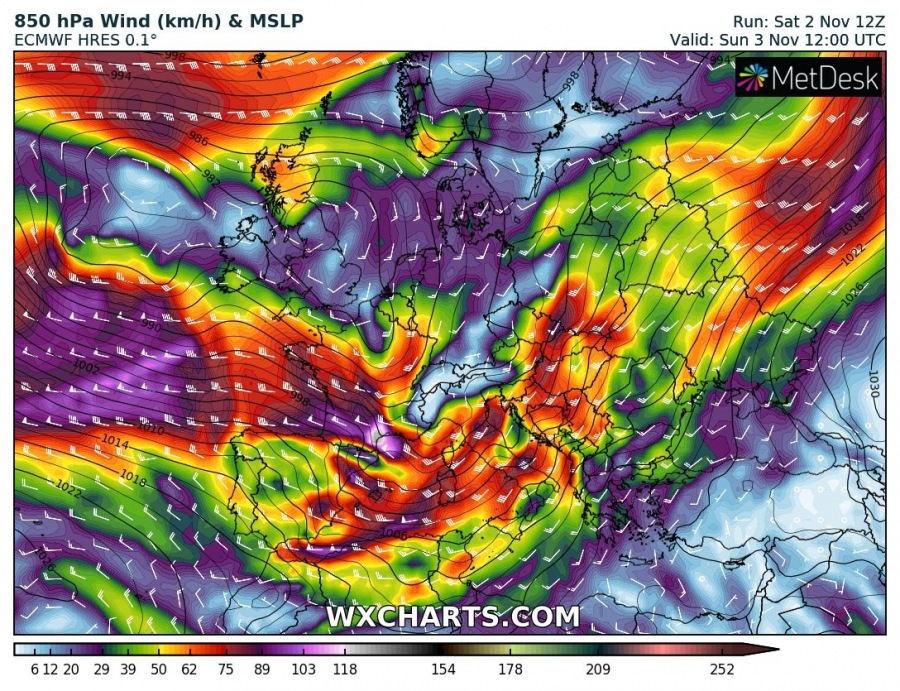 All models are in a very good agreement of major rainfall event, from the GFS model hinting 150-200 mm to high-resolution models ARPEGE and ICON-EU hinting much higher numbers and locally peak even above 500 mm until Wednesday. The main areas receiving the highest amounts of rain are the classic western slopes of the Dynaric mountain range in the W Balkans, the northern Apennines and indeed the southern and southwestern Alps. Persisting strong SW flow should maintain intense orographic rainfall there, combined with convective precipitation near the fronts where some instability will be available as well. Flooding will be strongly enhanced as well! Severe storms are also expected across the northern Mediterranean, over the Ligurian bay and along the north and east Adriatic coast where strong southerlies result in an impressive shear and helicity. Damaging winds and tornadoes are possible as the primary threats. 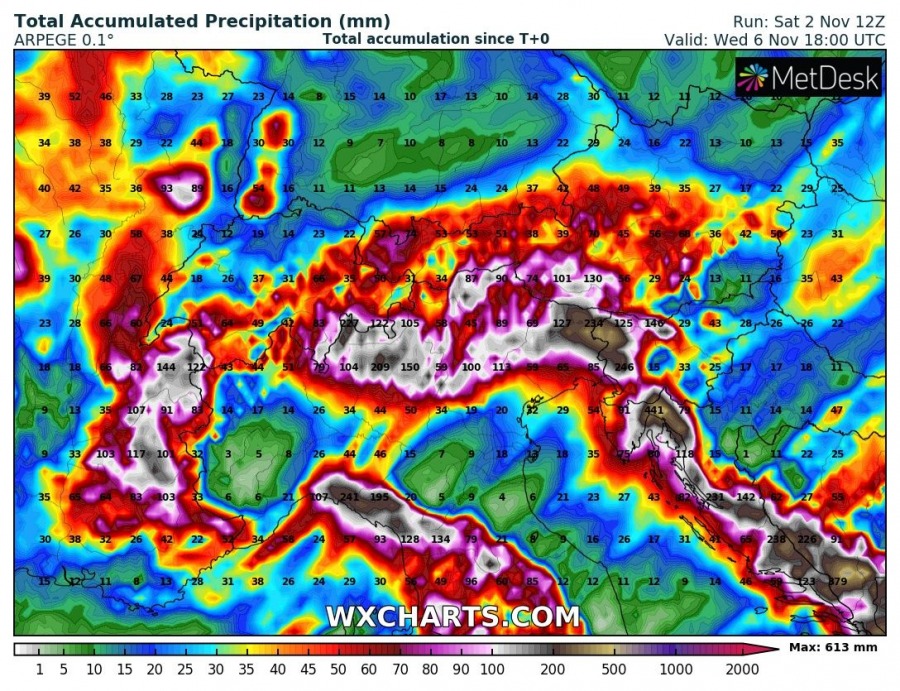 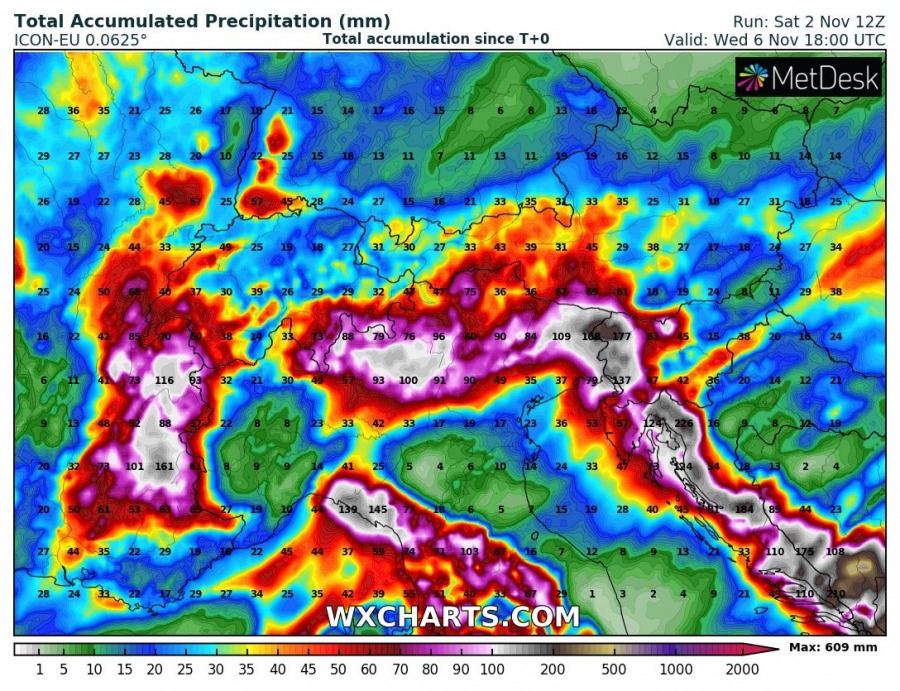 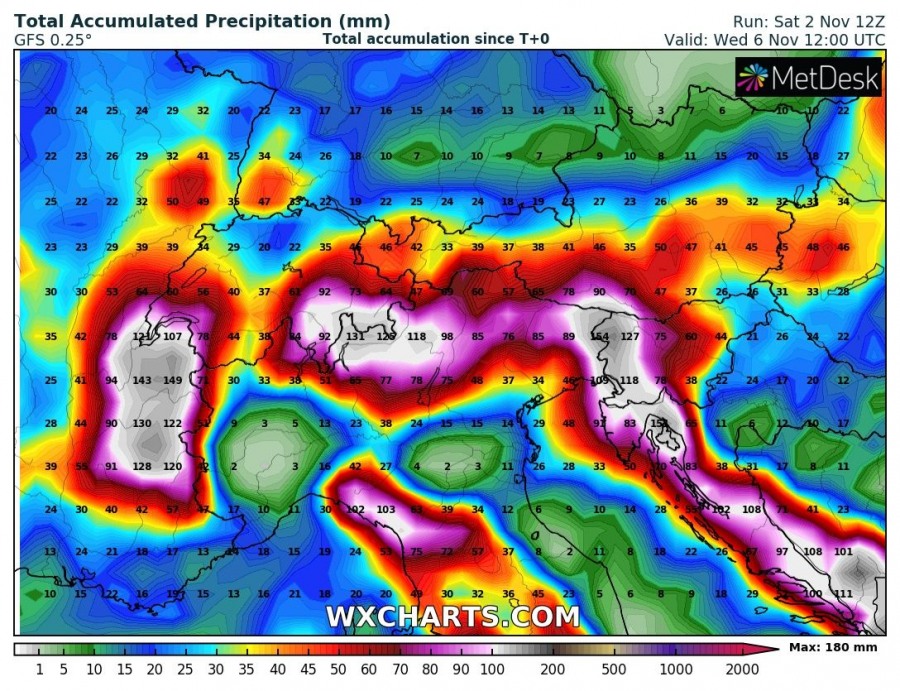 Higher elevations in the Alps will also receive quite a lot of snow, especially over the western Alps where more than 150 cm of fresh snow seems possible by Wednesday. This will then increase the avalanche potential as well. 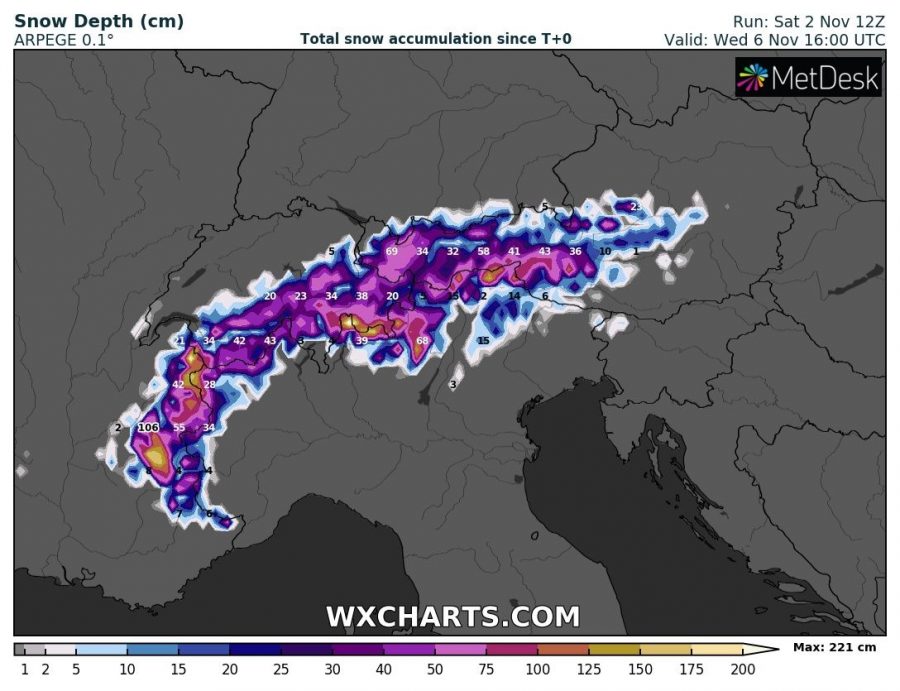 Stay alert for flooding threat associated with this significant rainfall event in the coming days!