Post-tropical cyclone Ophelia is rapidly approaching Ireland for landfall over the southern part of the island within the next few hours. Expect a very severe and damaging windstorm with winds gusting at 130-160 km/h, up to 190 km/h at higher elevations and in exposed areas. This is a potentially very dangerous situation! 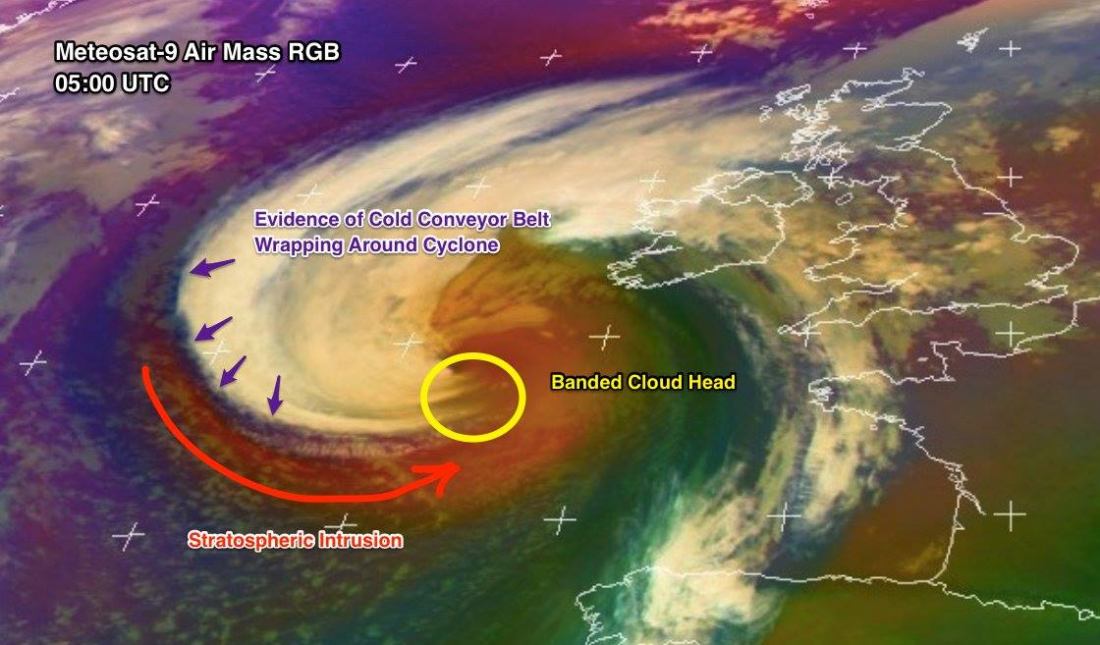 Ophelia has transitioned into a post-tropical cyclone, still packing hurricane-force winds. Central pressure is 974 mbar and the system is tracking NNE towards landfall in southern Ireland within the next several hours.

Various high-resolution models are still in good agreement: widespread severe to very severe winds across Ireland, Wales and Northern Ireland gusting at 120-150 km/h, locally up to 160 km/h. Expect winds gusting up to 180-190 km/h at higher elevations and in exposed areas. Some high-res models indicate a sting jet possibly forming: if that happens, gusts may be even stronger and approach 200 km/h at higher elevations and exposed areas.

This is a potentially very dangerous situation, that may result in damage in property and loss of life. Follow any instructions given by your national weather service. Check back for regular updates!