It has been quite hot lately over the Iberian peninsula, with temperatures between 35 to 40 °C in the past days. Precisely over south-southwest Spain and southern Portugal. While the rest of Europe remains ‘trapped’ in cold weather pattern. Extreme heat conditions are now worsening over Portugal and Spain, as an extreme heatwave is expected this weekend. Temperatures should push well above 40 °C, locally reaching near 43-44 °C.

Attached is the pattern evolution from today until Sunday. The upper ridge is placed over the North Atlantic, with a mid-upper trough to its east across the European continent. With the strengthening ridge into northern Europe, trough with upper low moves south this weekend. 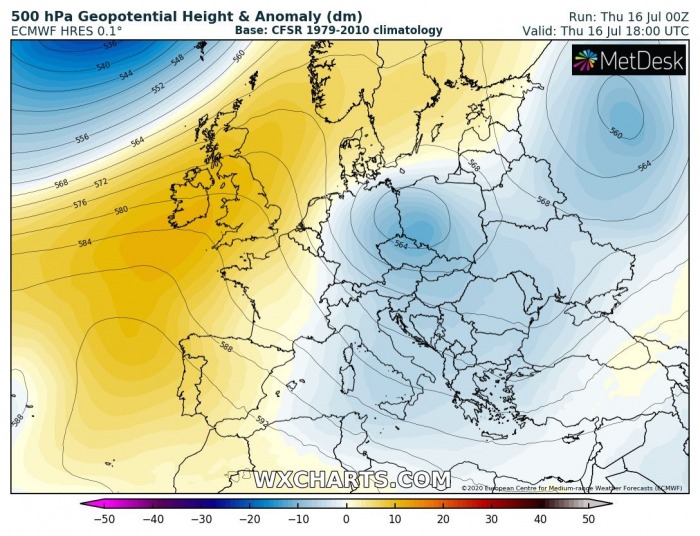 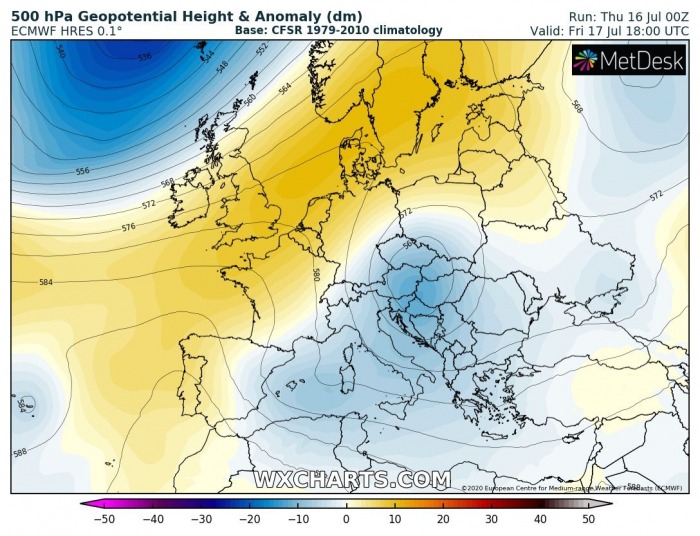 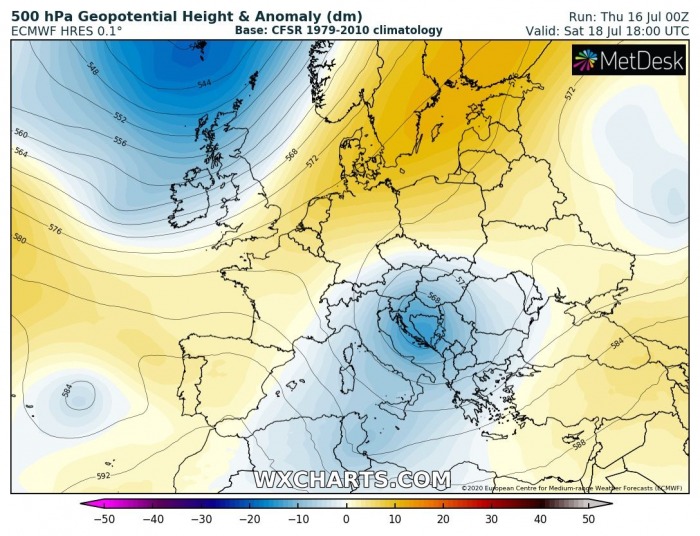 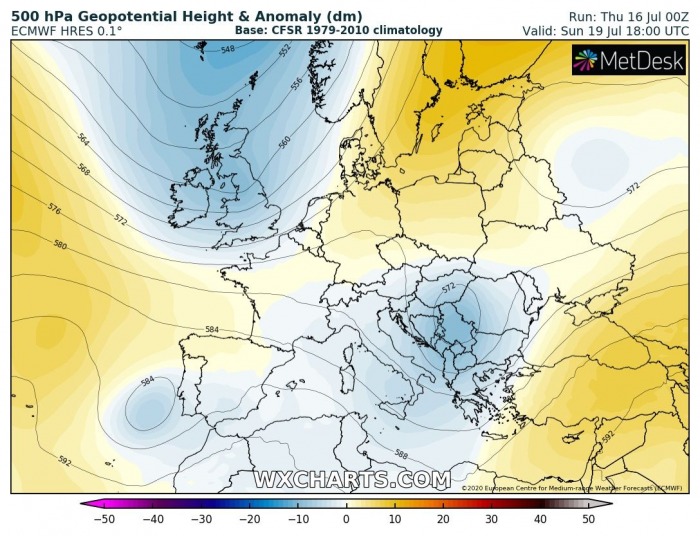 Conditions are already supporting a very hot day today, locally near +40 °C. The hottest areas are over southern Portugal and southwestern Spain. 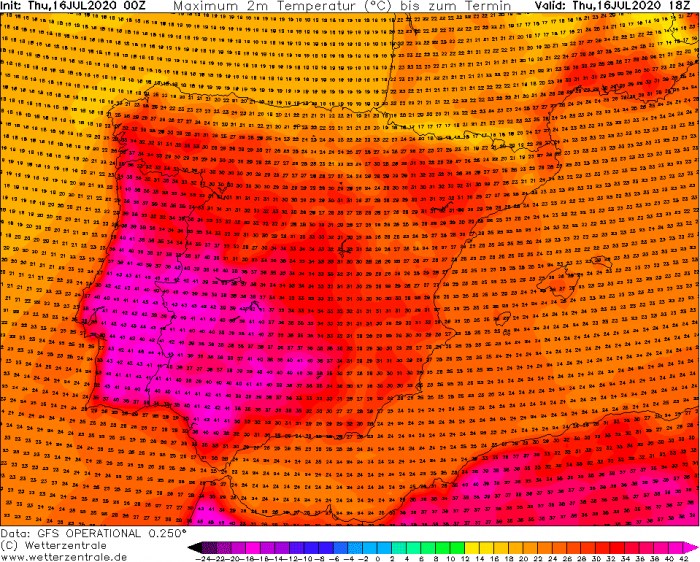 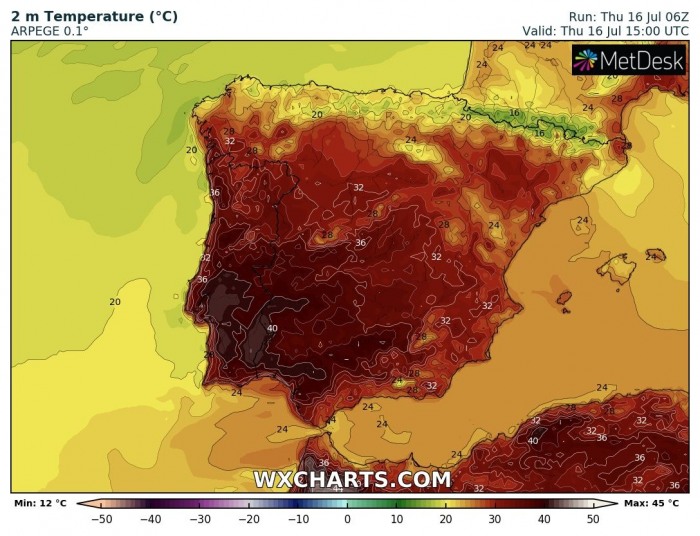 however, it looks like the peak will be tomorrow, Friday, July 17th. The temperatures should reach 42-44 °C in some areas. Local topography could help to result in higher peaks in some valleys. Mainly due to the foehn effect of the east-northeast winds. 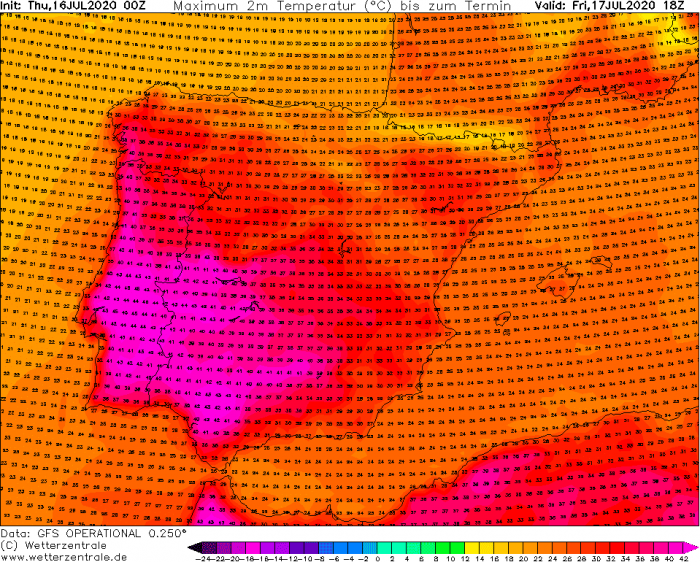 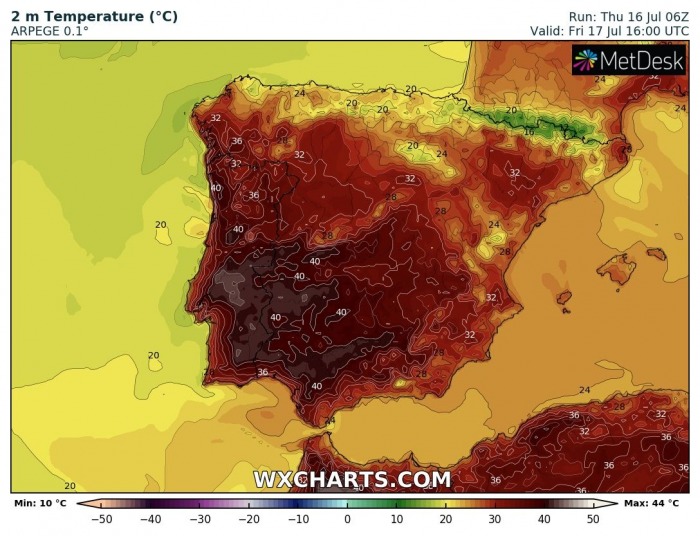 The final day of extreme heat over Portugal seems to be on Saturday when temperatures could again push into around 42 °C across part of southern Portugal and southwestern Spain. However, peak daytime temperatures will be shy lower than on Friday. 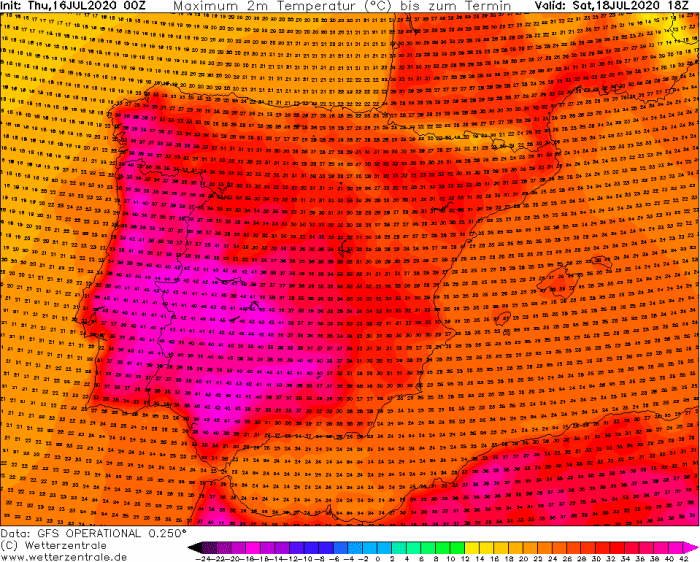 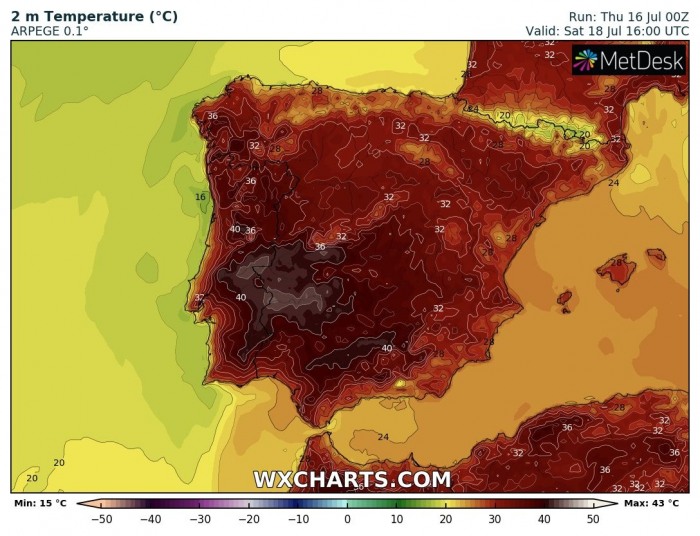 The extreme heatwave does seem to end up rather quickly, as a short-wave trough/low enters Iberia from the west on Sunday. This should bring some storms and cool down the air mass. Temperatures could still reach the upper 30s and should stay below 40 °C into next week. 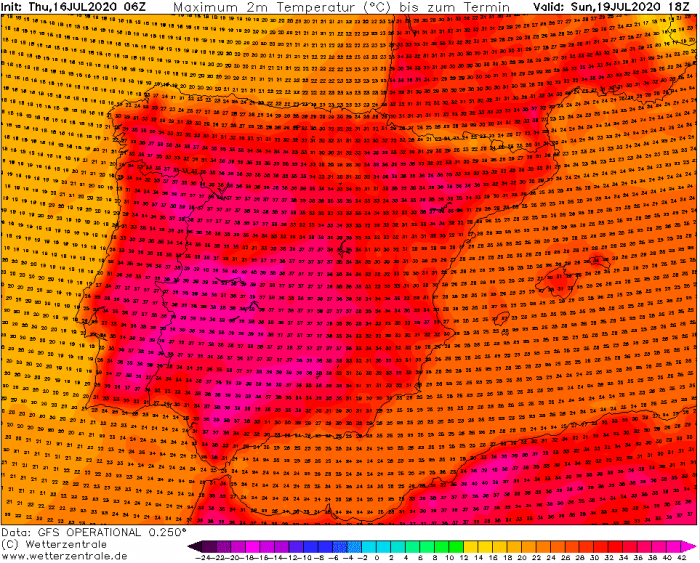 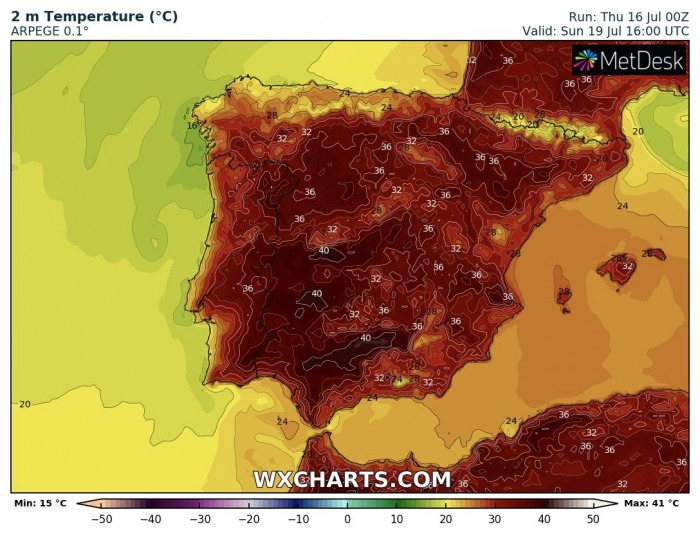 There is also a scorching heat across parts of United States this week: