Yet another very deep upper-level trough / cold-core low has developed over the WSW Europe. An associated large surface cyclone and the frontal system will bring severe storms with an excessive rainfall threat (and snowfall in the Alps) through the next 24 hours. A lot of rain and locally snow is also expected across northern Spain.

A rather classic but potentially dangerous weather pattern is established over Europe, with blocking upper-level ridge across E Europe and W Russia and over the Azores. In between, a channel has set textbook conditions for maintaining troughs and cyclones – this means a long period of rainfall events. Another event has developed today with a very large and deep trough centered over France today and tonight. A powerful SSW jet stream is advecting huge amounts of moisture and warm airmass towards the W Alps. While on its wake, widespread cold maritime airmass is advecting into the N Iberian peninsula. 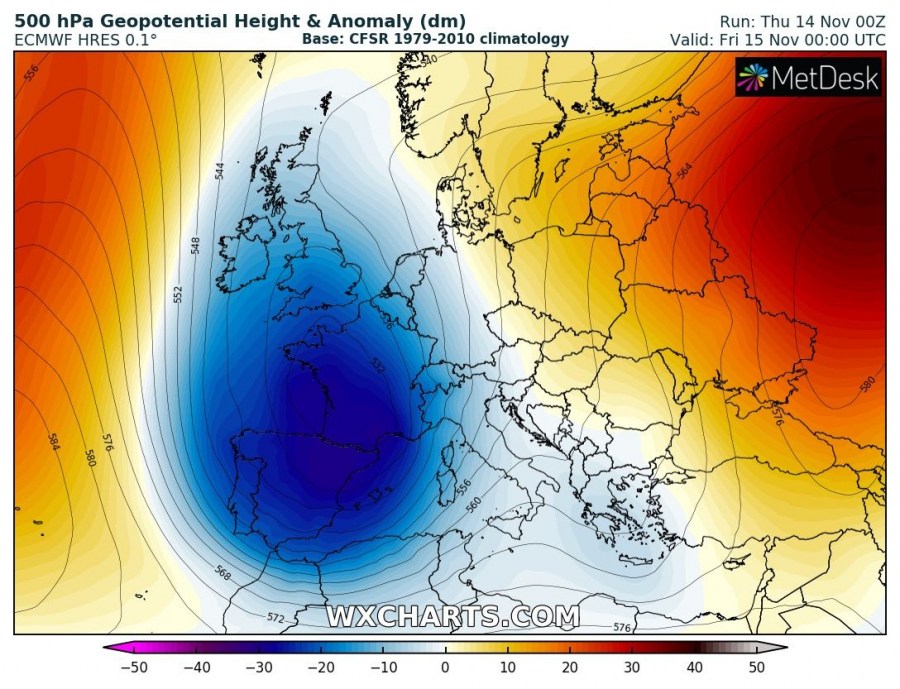 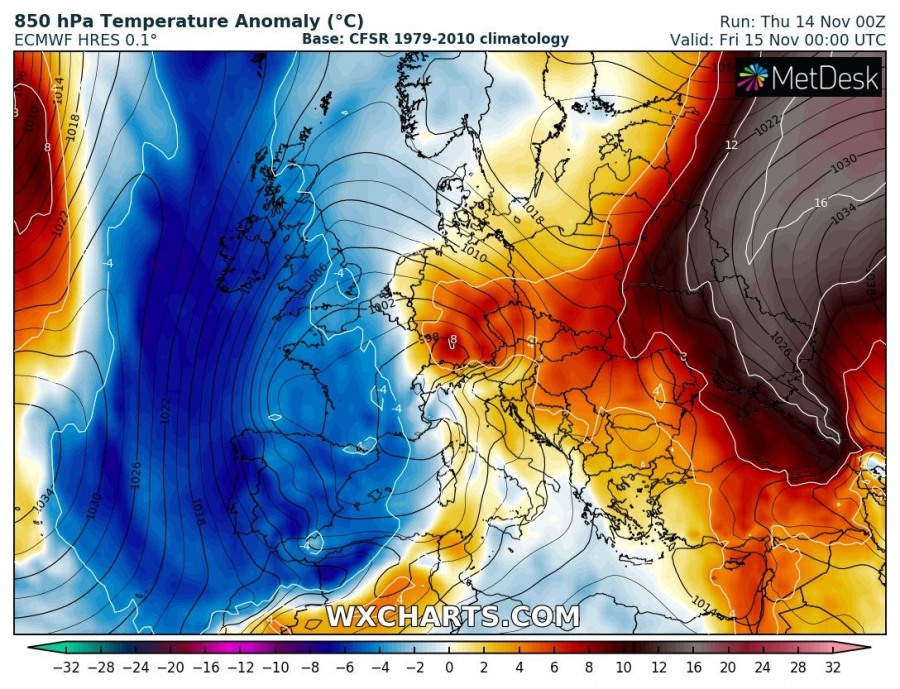 Here is a 3-hour sequence of the frontal system traveling across France towards the Alps and N Mediterranean. Quite intense and excessive rainfall is likely. A combination of orographic and convective precipitation should deliver a lot of rain, flash floods will be possible. Enough instability with very strong shear should also support severe storms, those could result in severe damaging winds and possibly even tornadoes along the leading front. 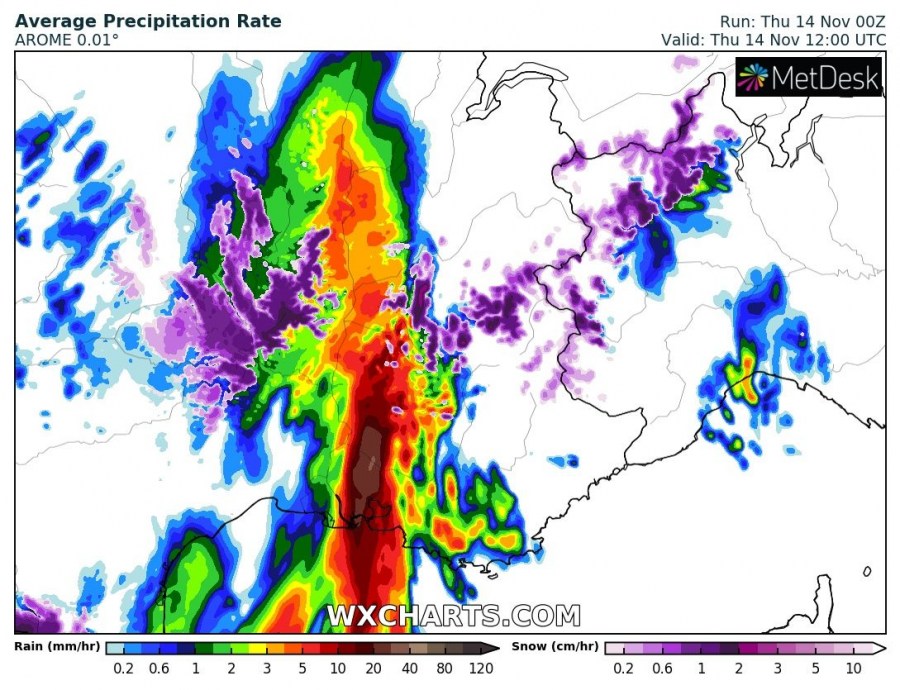 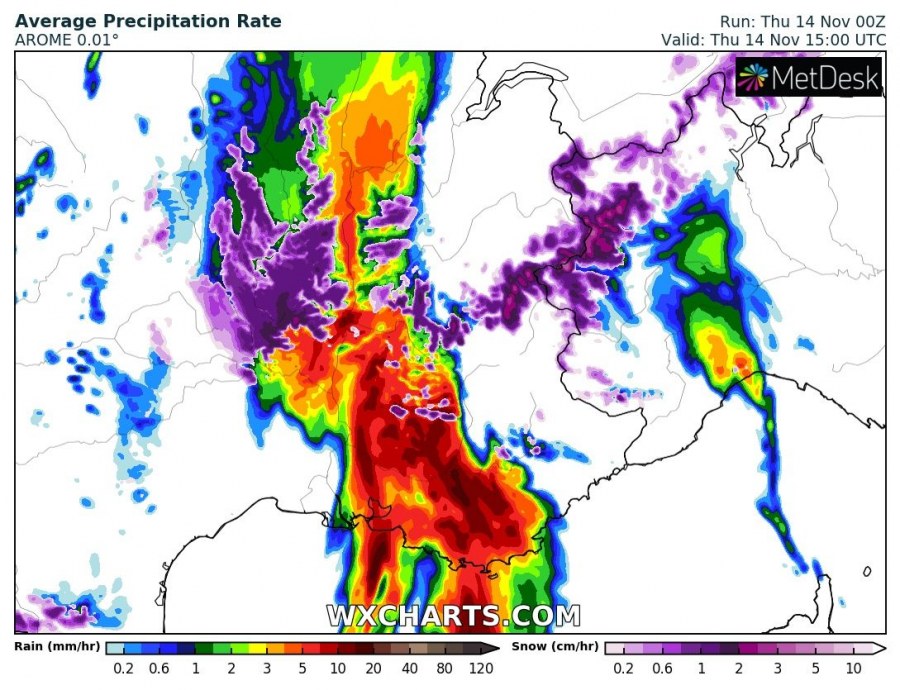 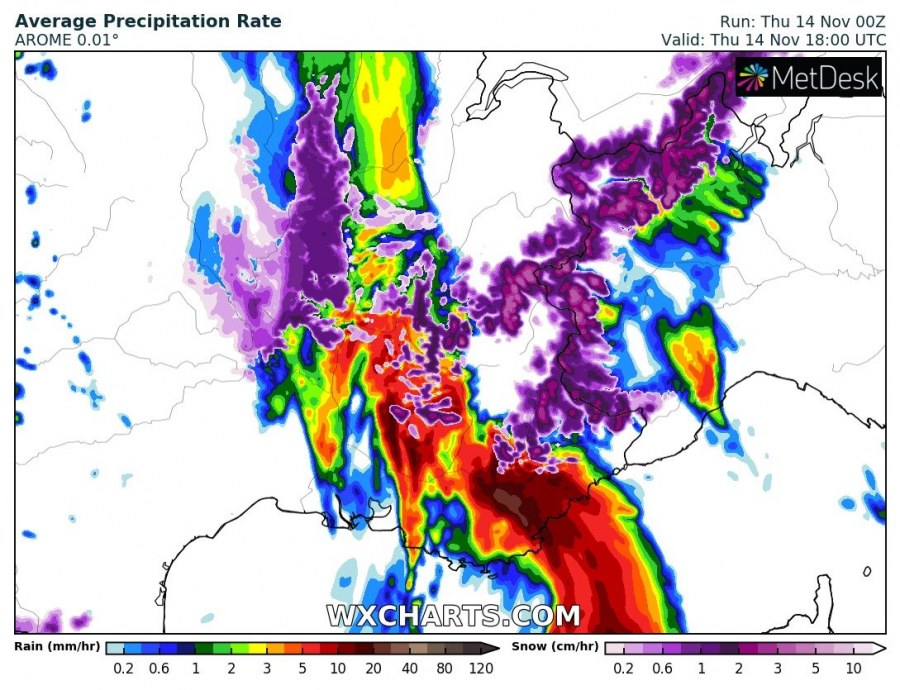 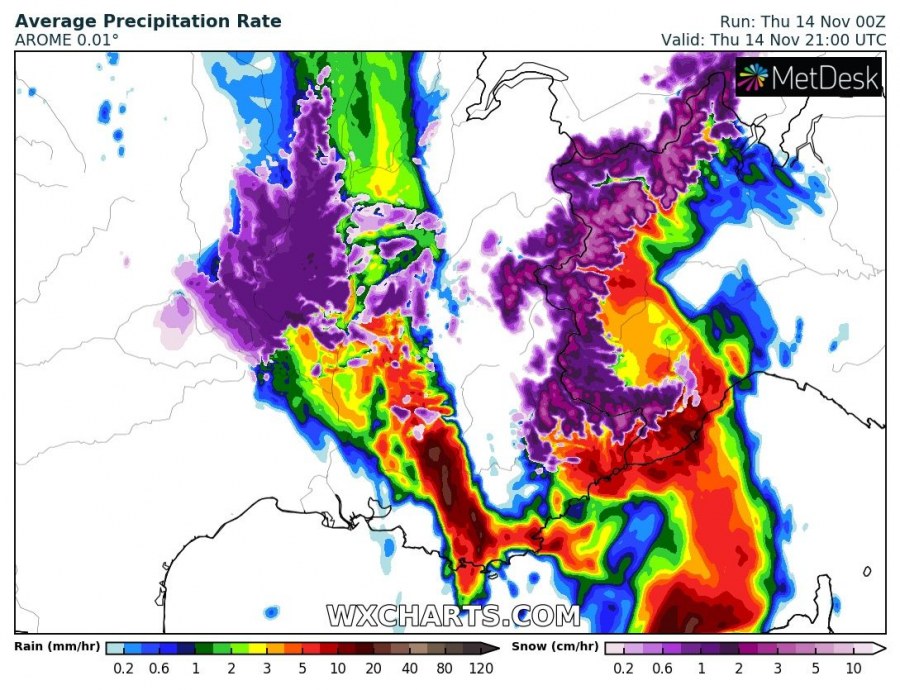 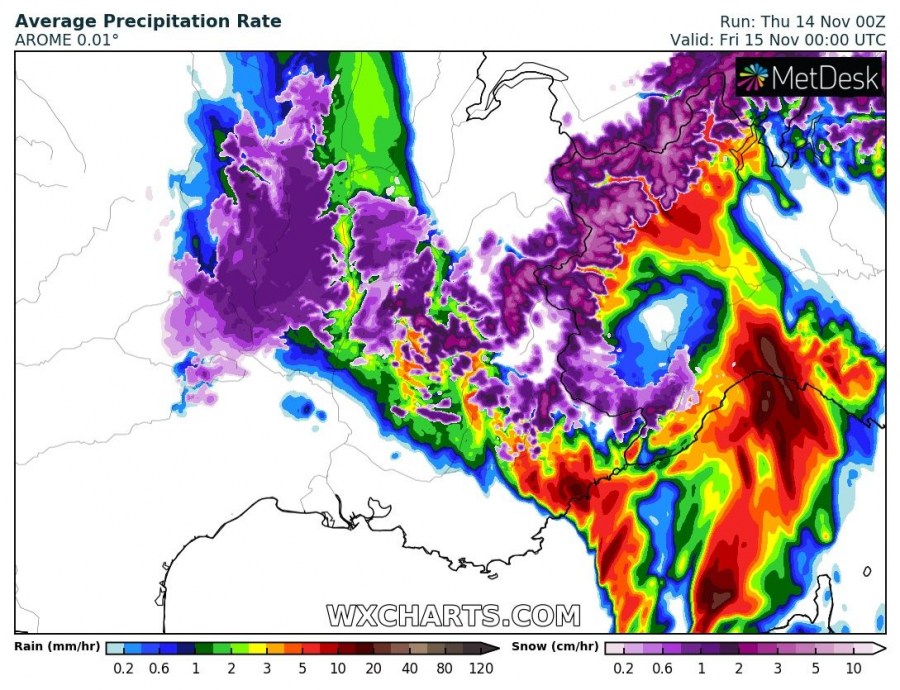 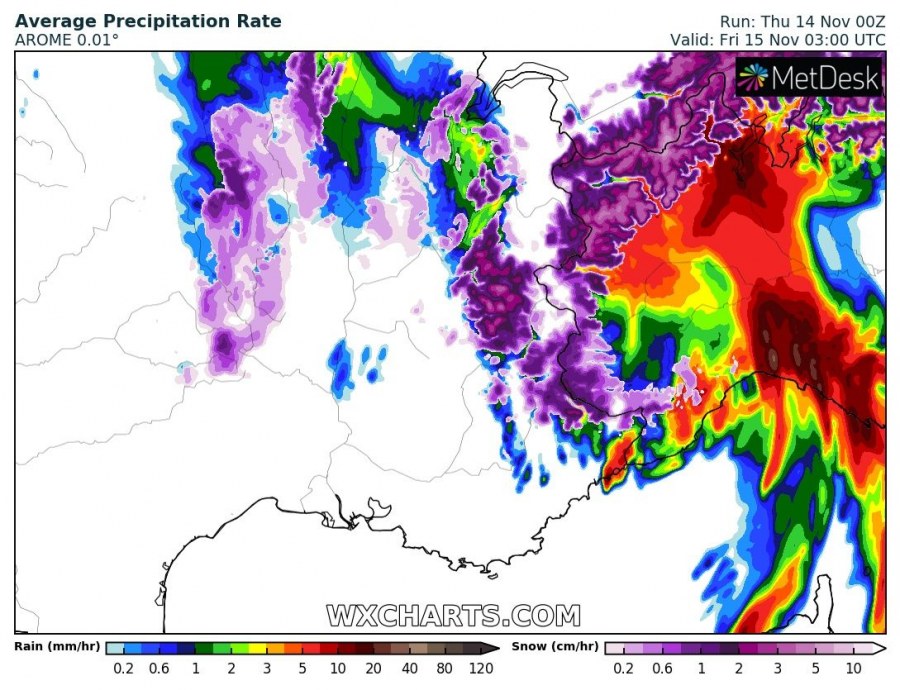 Various models are in good agreement regarding the amount of rainfall expected, locally bringing rainfall sums into 120-150 mm range within 24 hour period. Orographic rainfall will be intense at times, also combined with storms closer to the Mediterranean sea and could locally deliver high rainfall amounts in short period of time. Strong orographic rainfall will also be ongoing across NNW Spain, as cold but moist maritime airmass will be avecting into the Iberian peninsula – locally more than 100 mm is likely! 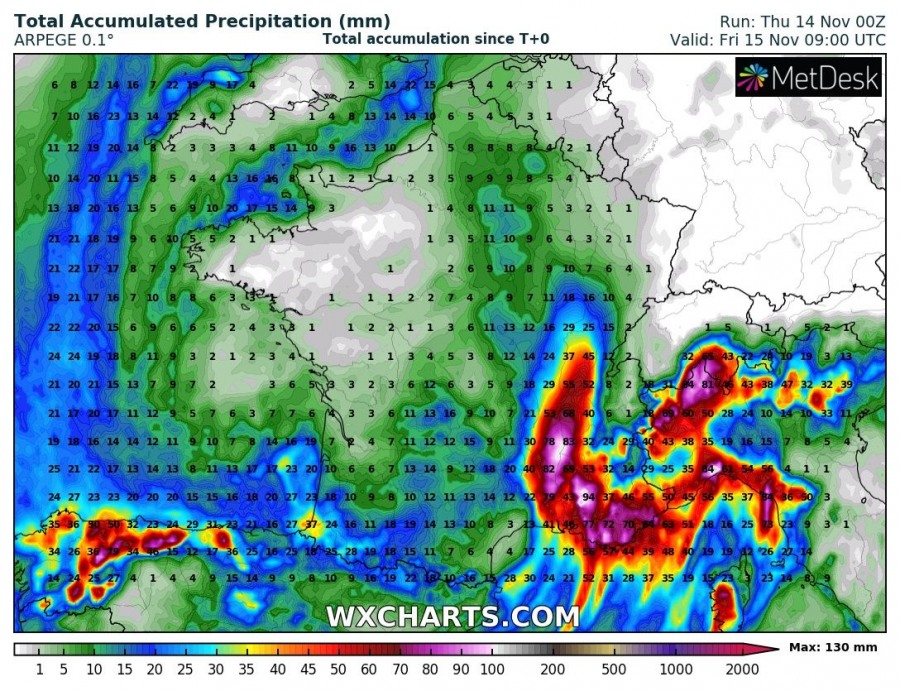 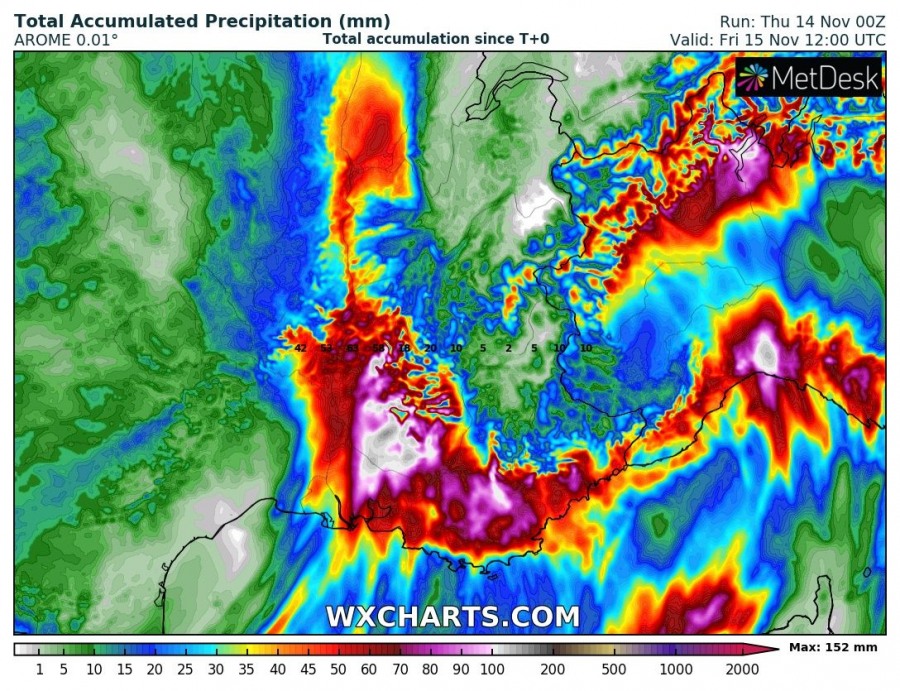 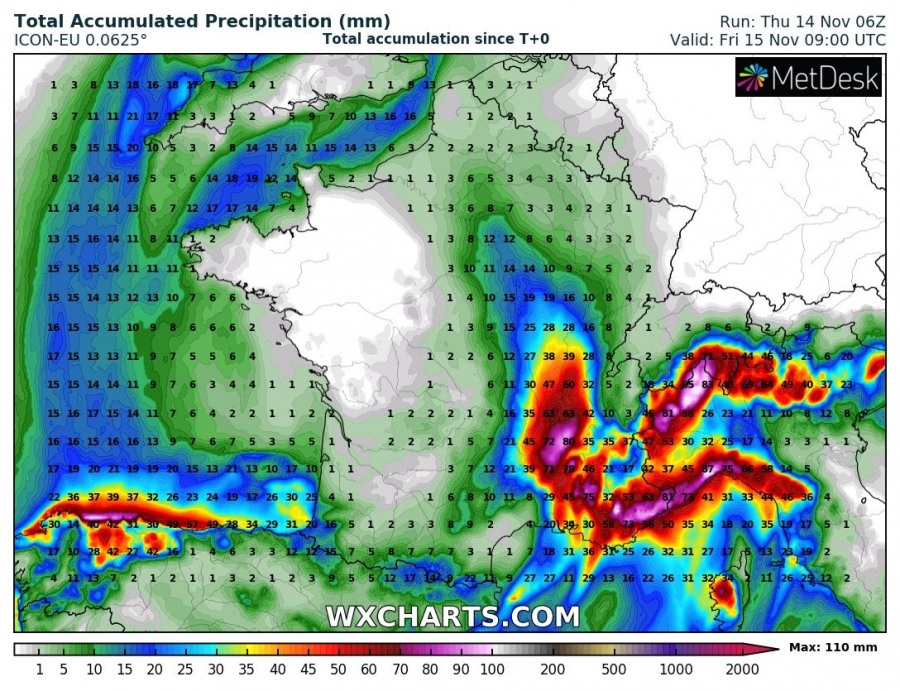 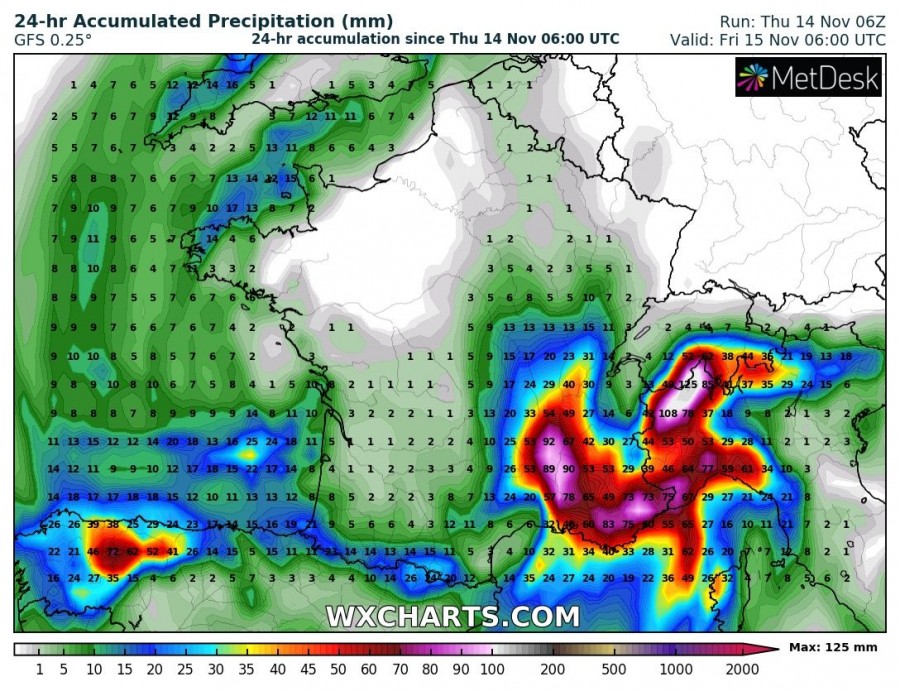 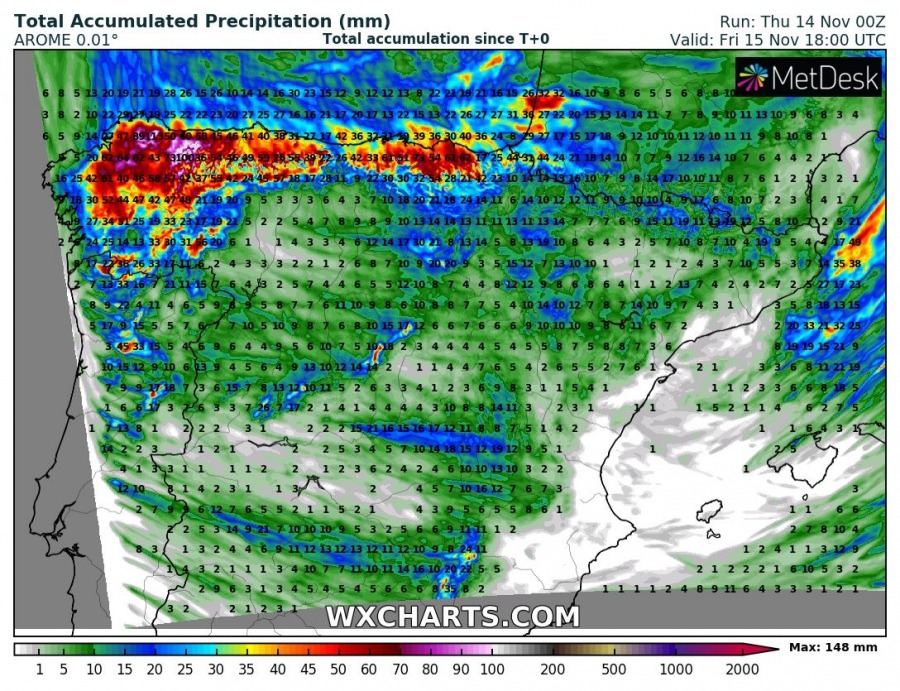 Major and occasionally intense snowfall is also expected across the west-central Alps, locally bringing up to 75-100 cm of fresh snow until Friday late morning. Due to quite a cold airmass with this trough and in its wake, snowfall will also occur across higher elevations of SE France, northern Spain and indeed the Pyrenees. Could not exclude some areas to receive 30-60 cm of snow through the next 24-36 hours. A huge amount of snow will also strongly enhance the avalanche threat overnight! 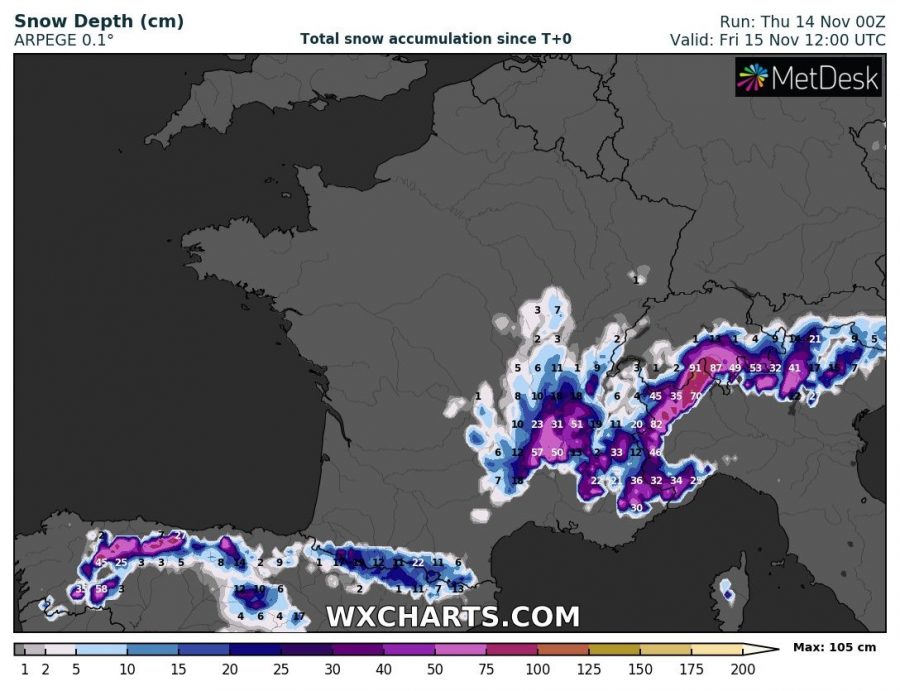 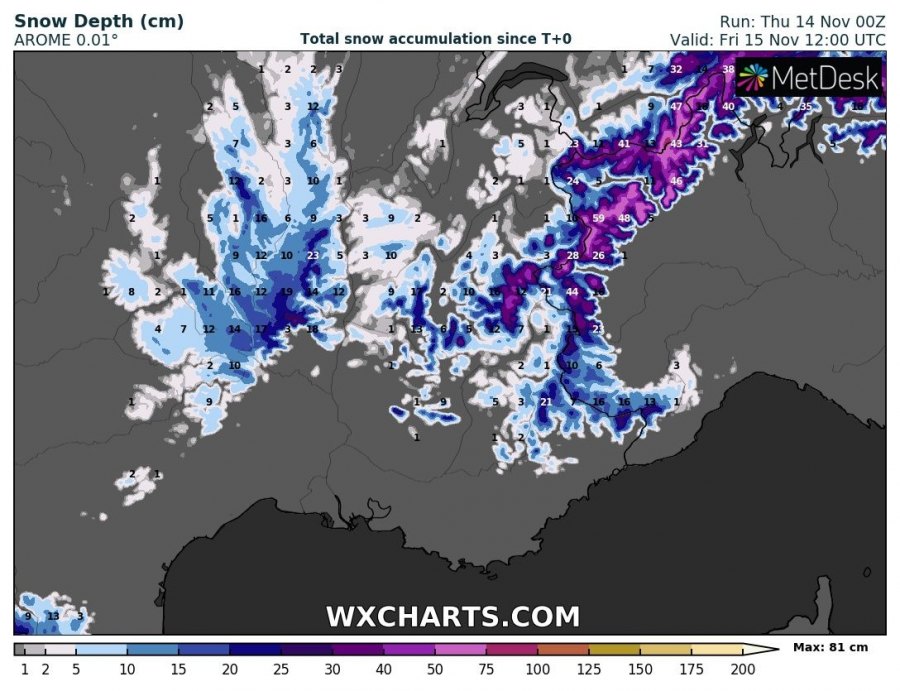 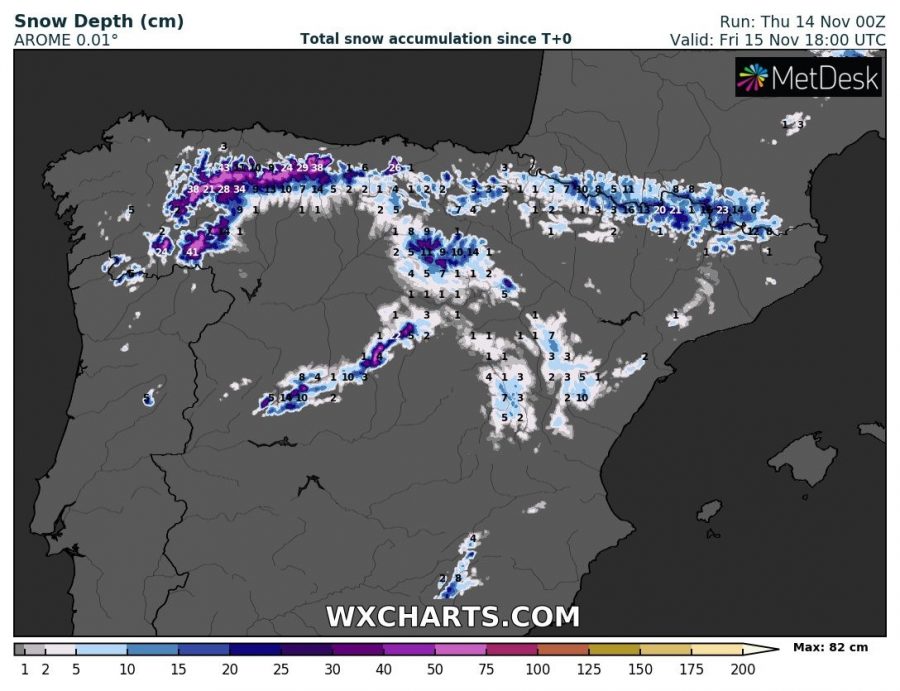 Stay alert for dangerous conditions locally, especially across the SE French coast and NW Italy (Ligurian bay) where flooding threat will be maximized.