A classic dipole pattern is underway across European continent this week. A strong upper-level ridge/blocking pattern has established over the western half of Europe, providing stable and warm weather. To its east, a large trough/upper-low is resulting in daily dynamic weather with showers and thunderstorms, therefore also cooler days. It appears likely this pattern will remain until early June.

A strong upper-level ridge has established over western Europe and the North Atlantic, while a large upper low is located over the Balkans. While the ridge slowly spreads and moves further north-northeast this weekend, an upper low should maintain over the east-southeast parts of Europe. Such a pattern setup will introduce colder than normal weather over the eastern half of Europe and warmer over western parts. It significantly warms up towards the Arctic region this weekend. 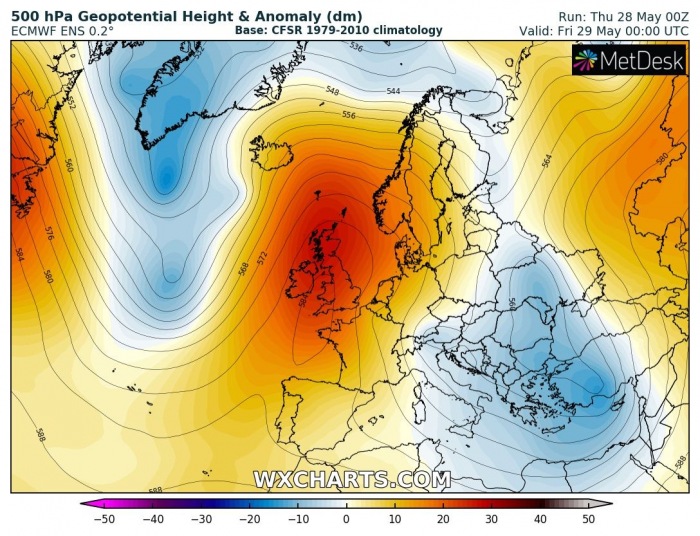 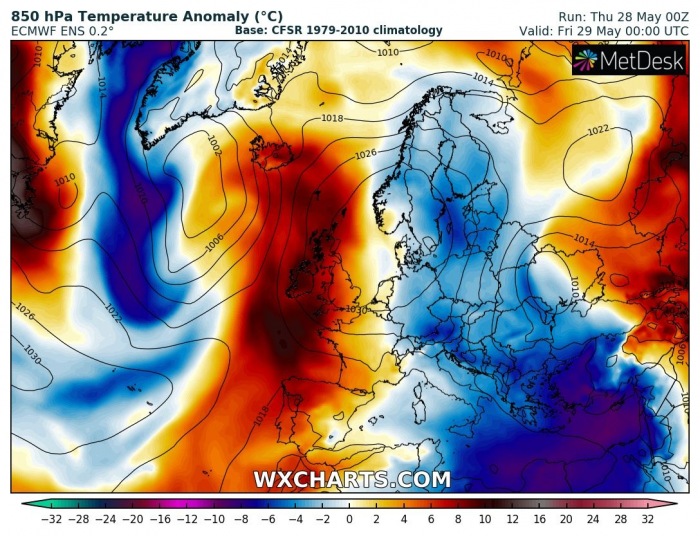 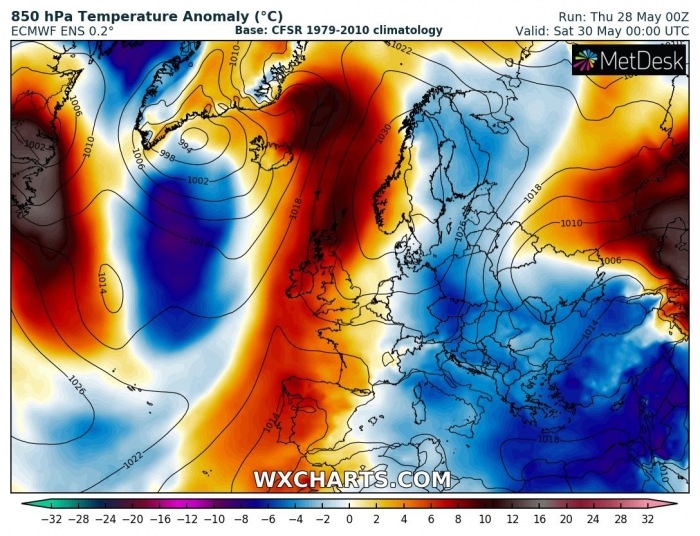 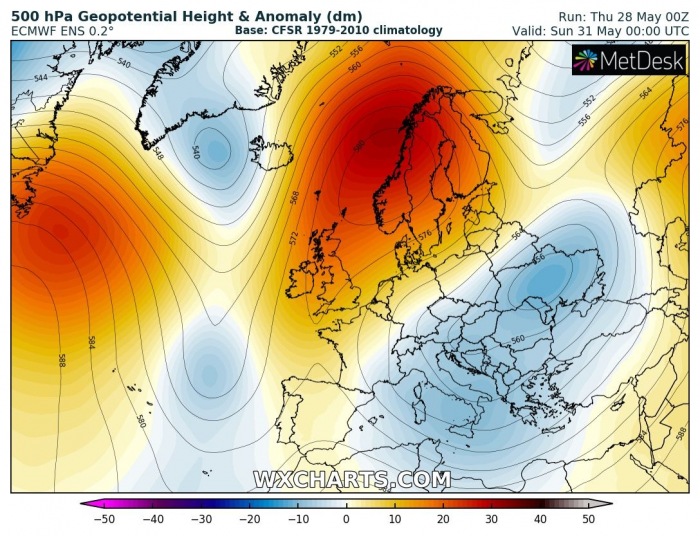 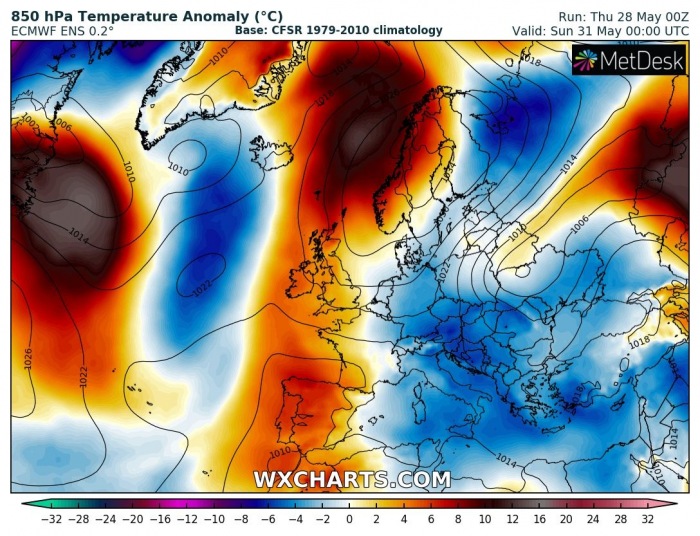 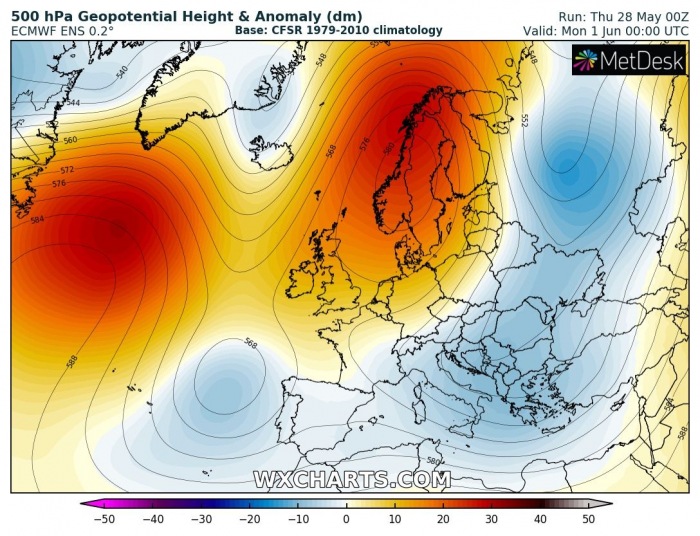 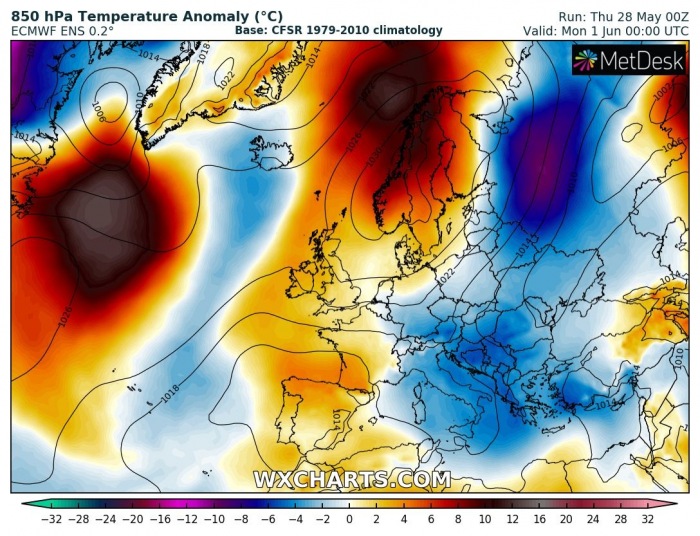 RAINY UNDER THE UPPER LOW

The rainfall picture over Europe is quite obvious – it remains dry over western and northern Europe, but quite some rain is expected across eastern Europe and the Balkans. Daily convective activity under the upper low, as well as the frontal system, should bring additional rain over the southern Balkan peninsula, and especially over parts of Ukraine, SE Poland, S Belarus, and western Russia. 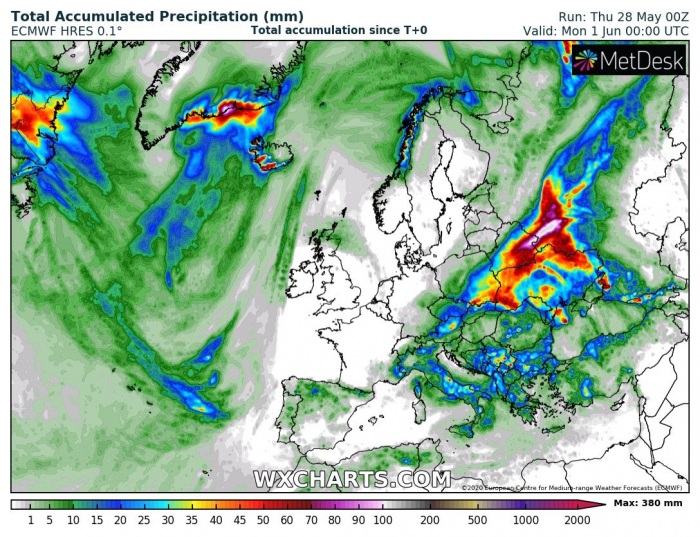 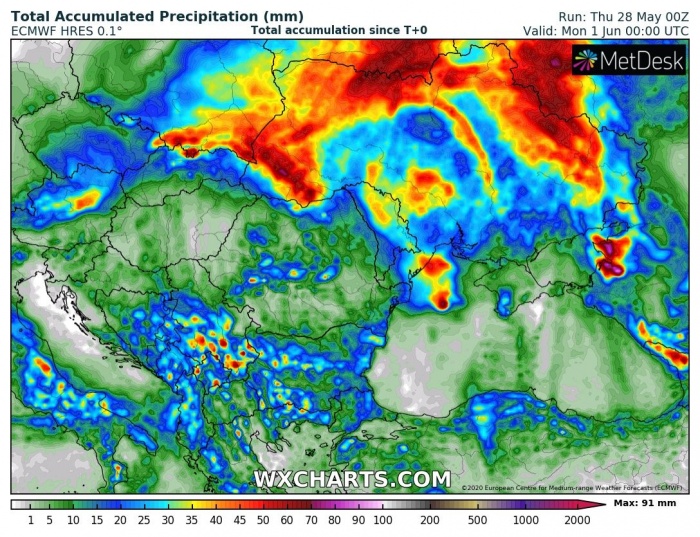 Models are is good agreement such a pattern will last over the weekend into early next week. So until early June at least. This means no significant waves of hot weather is visible over Europe yet.

See also – the colder period over the eastern part of Europe is related to the strong cold outbreak last week and still lasts: