The major Arctic blast that has spread over Europe over the past few days reaches Greece and the Aegean region tomorrow. It will produce a potentially very dangerous, intense windstorm over the Aegean sea, with storm force winds and major waves.

Peak winds are expected over southeastern Evia and over the Cyclades islands, as well as the western Sea of Crete, in particular over the southernmost part of of Peloponnese. Peak gusts of 120-150 km/h are expected. 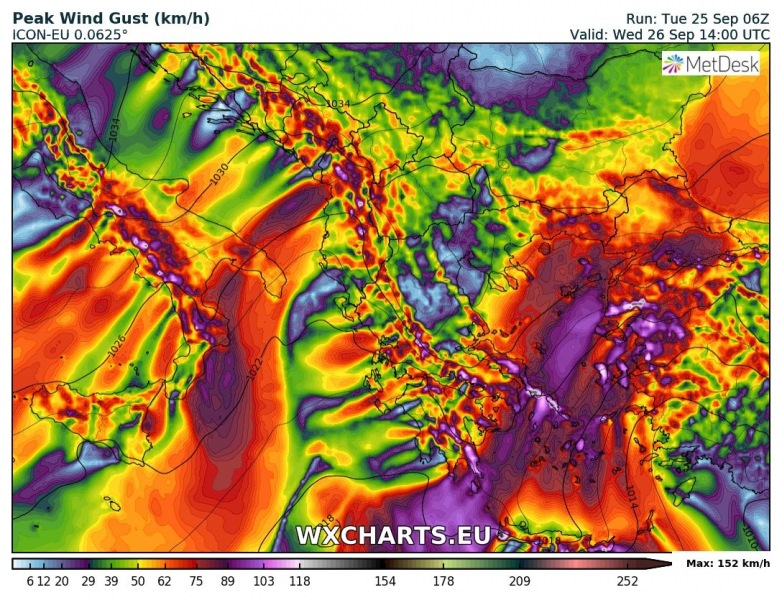 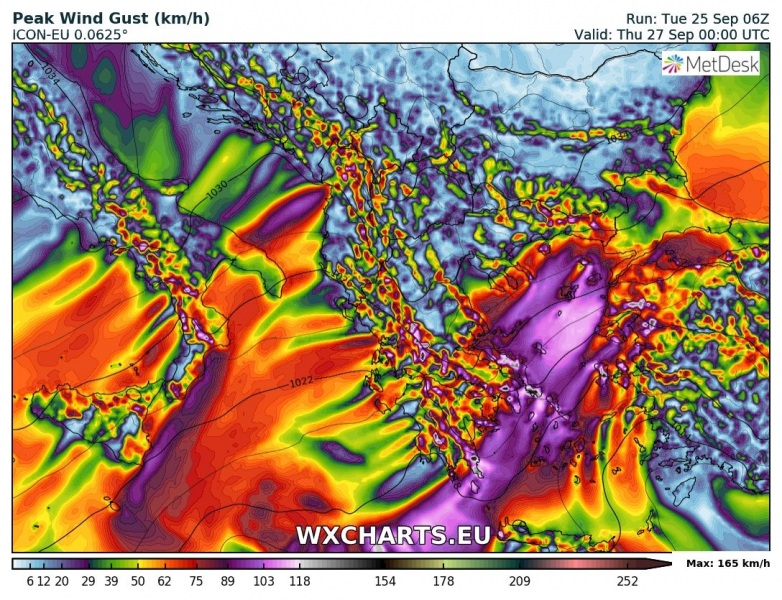 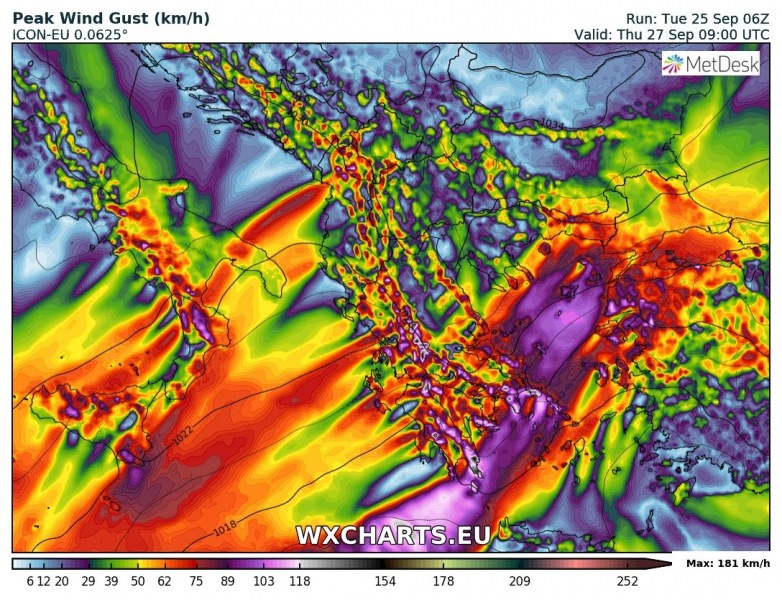 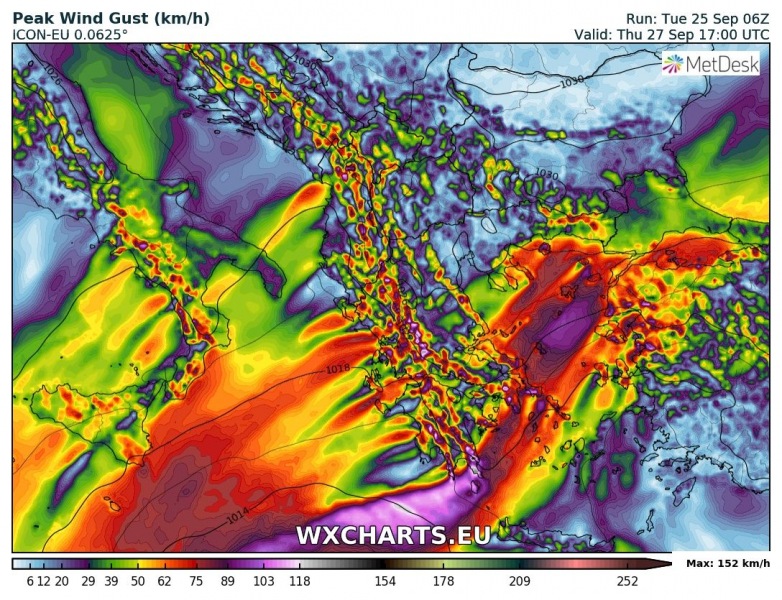 The windstorm is also expected to result in very rough seas: waves possibly in excess of 10 m and up to 14 m are indicated by various models. 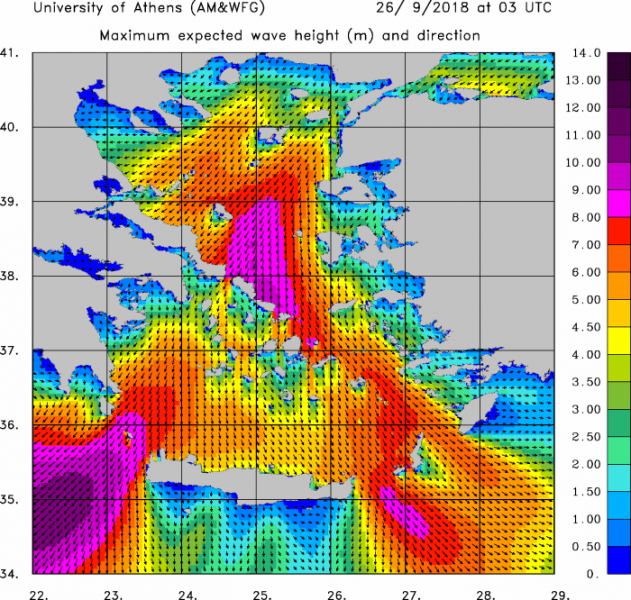 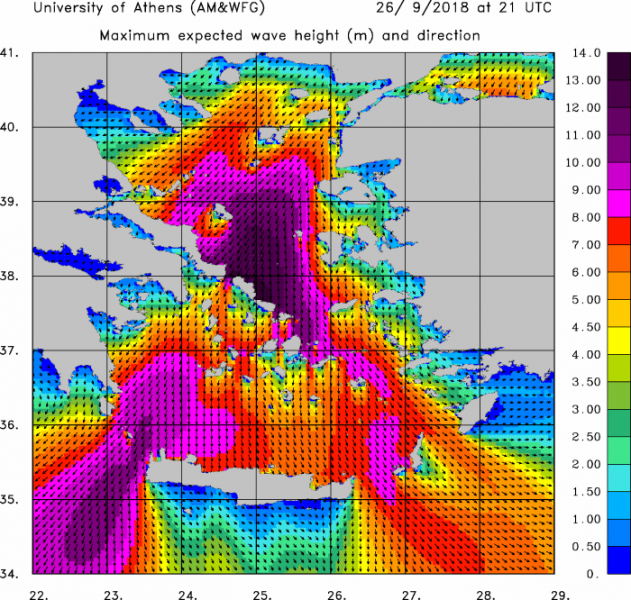 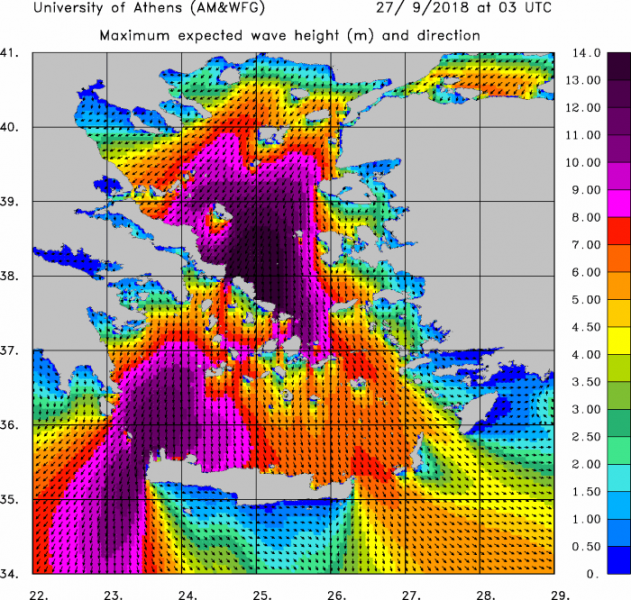 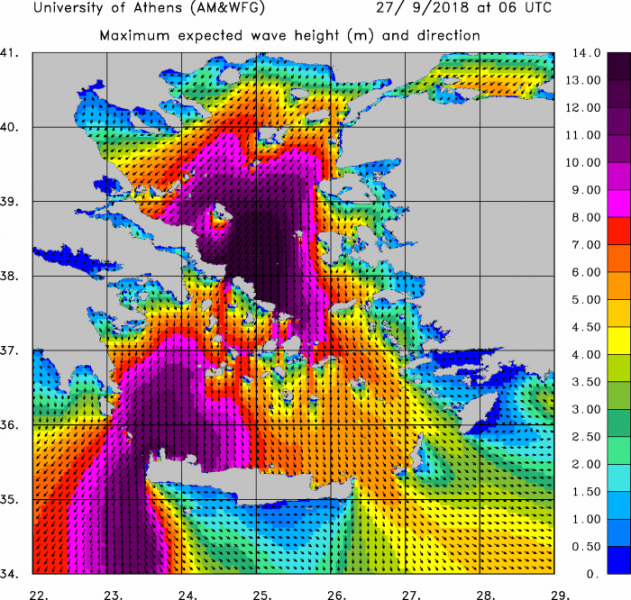 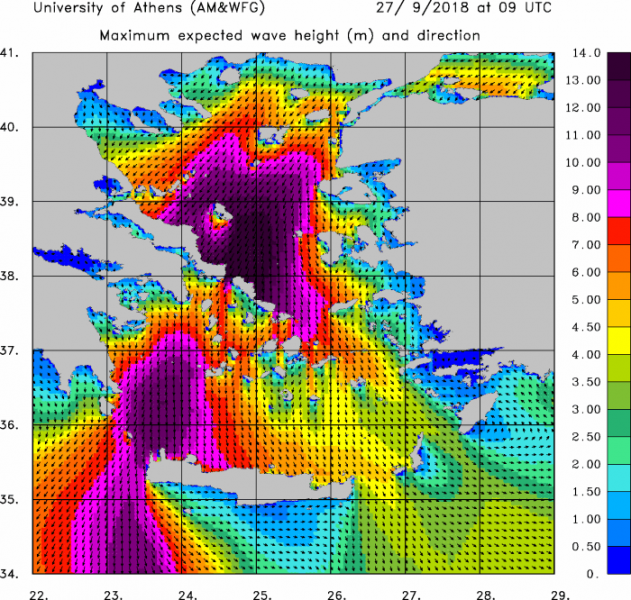 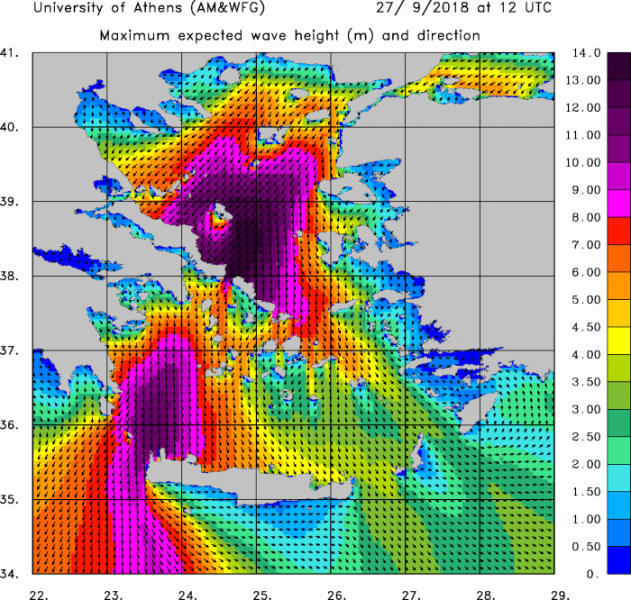 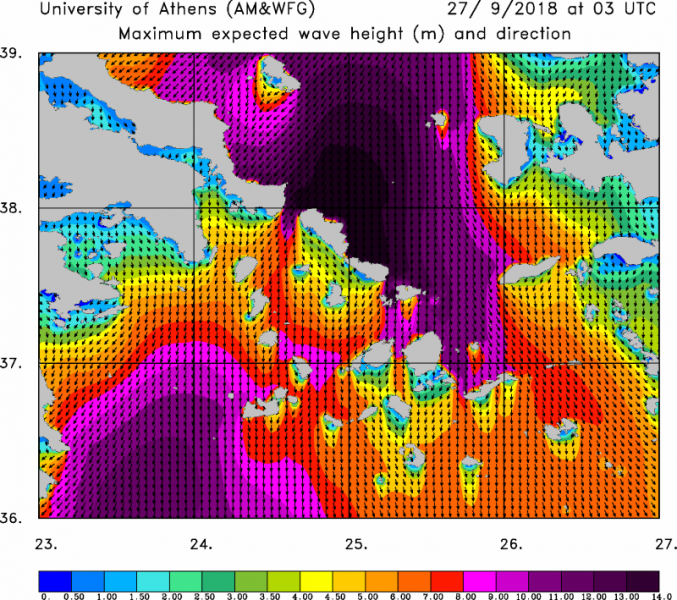 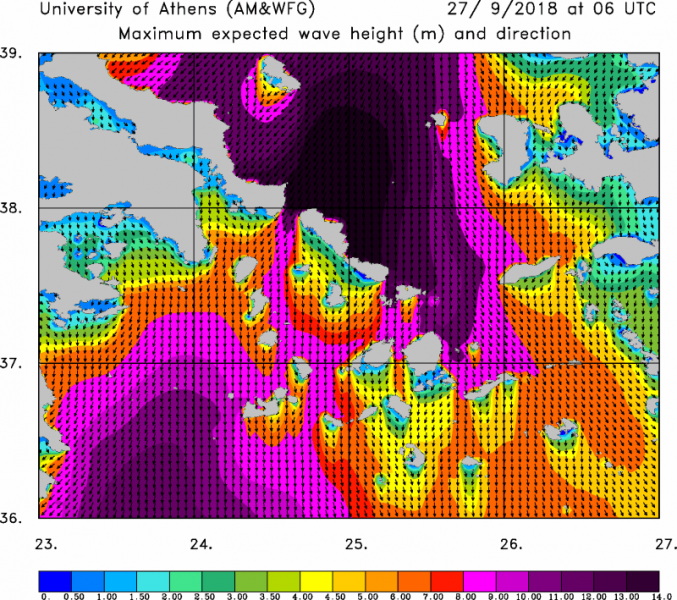 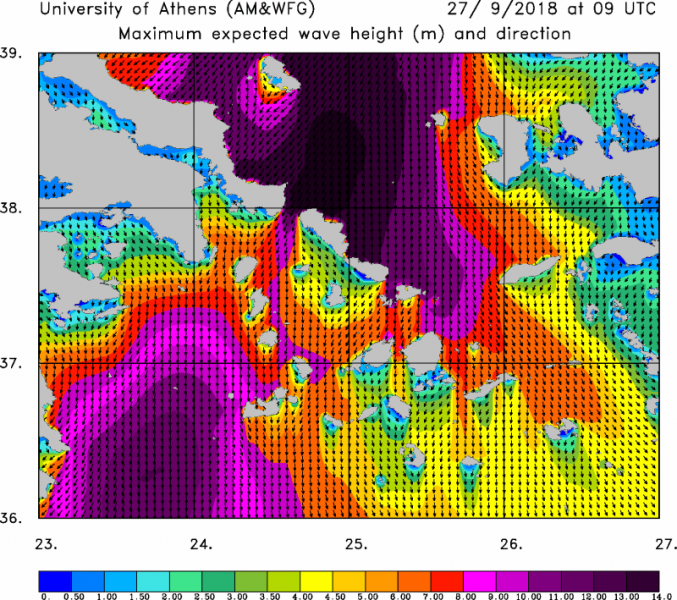 Western Greece is facing an increasingly likely Medicane later this week – check back soon for an update on the event.