A large part of Europe is facing a very warm period this week, as a strong Omega blocking pattern has established. But a significant pattern change is coming up this weekend, NAO (Noth Atlantic Oscillation) turns into a negative phase. This means a strong upper-level ridge will develop over the Atlantic and expanding into Europe over the weekend. A powerful Rex block pattern develops with an increasing potential for a significant Arctic cold outbreak from northern Russia into eastern and central Europe this coming weekend. Much colder air mass at the surface could also spread towards western Europe. This will develop dangerous frost conditions for early blossoming trees. But more importantly, it could worsen the ongoing COVID-19 pandemic outbreak.

The pattern change over Europe is quite obvious on the forecast charts – deep troughs over the North Atlantic will be replaced with strong ridge and surface high-pressure system. Over the weekend, the upper ridge expands into the northern half of Europe and strengthens into an extensive Rex block. This boosts the surface high-pressure system above 1040 mbar after Sunday. The ridge will be gradually drifting its center towards east-southeast, with also a deepening upper core along its southeast flank moving towards central Europe, allowing advection of Arctic air mass with the northeasterly flow towards central Europe and potentially even further west. 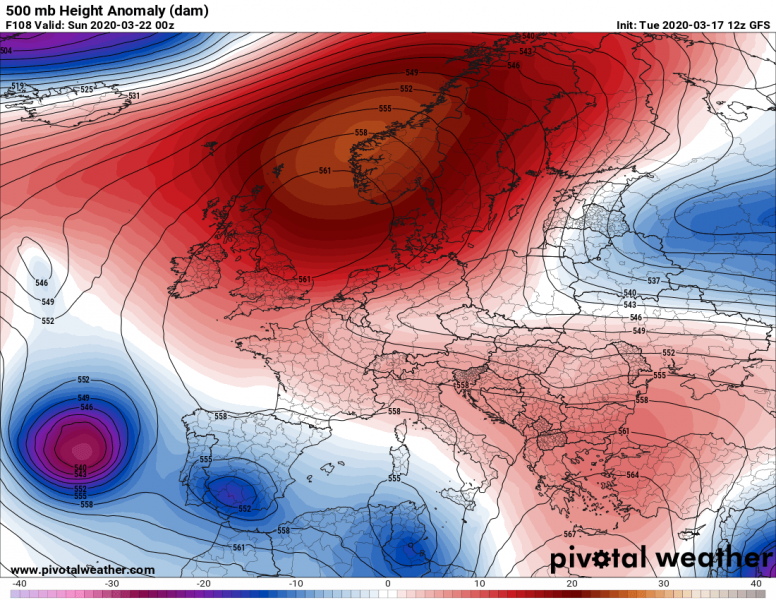 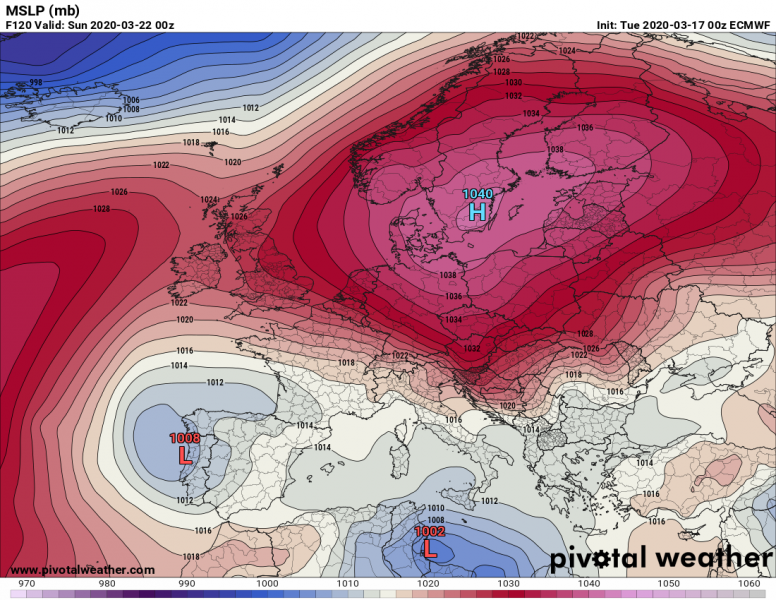 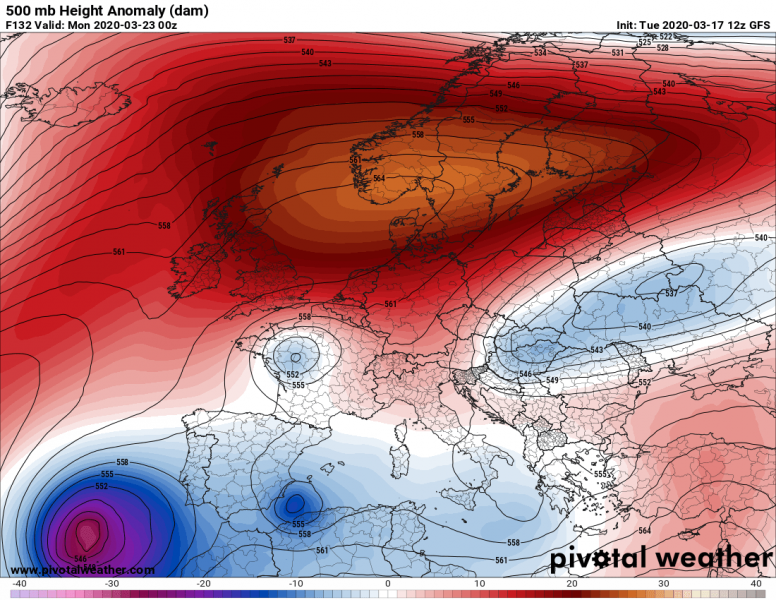 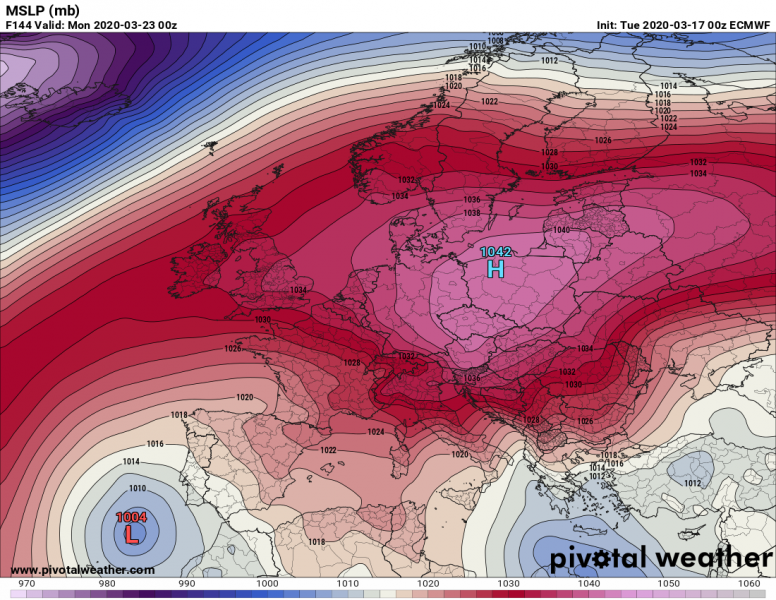 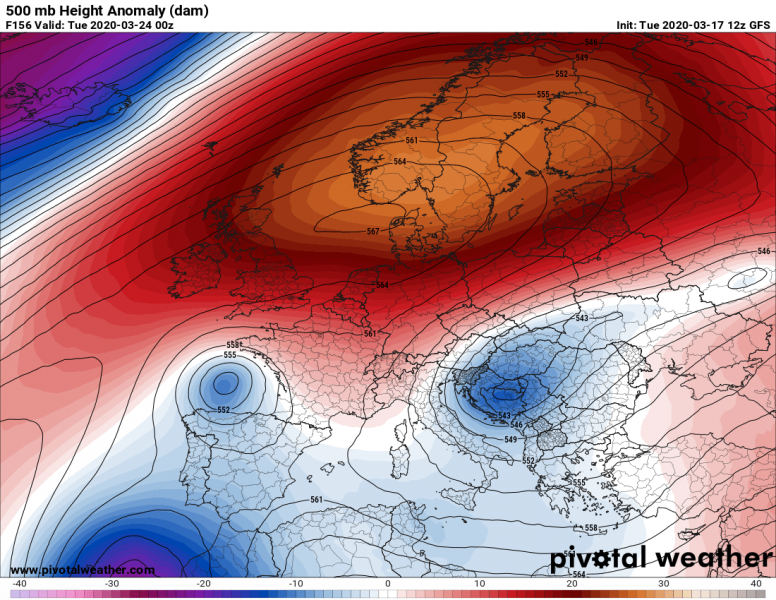 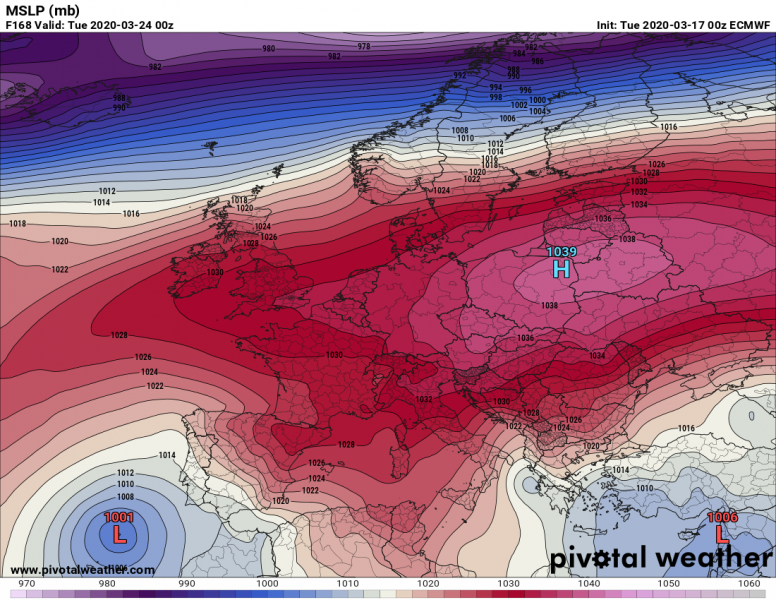 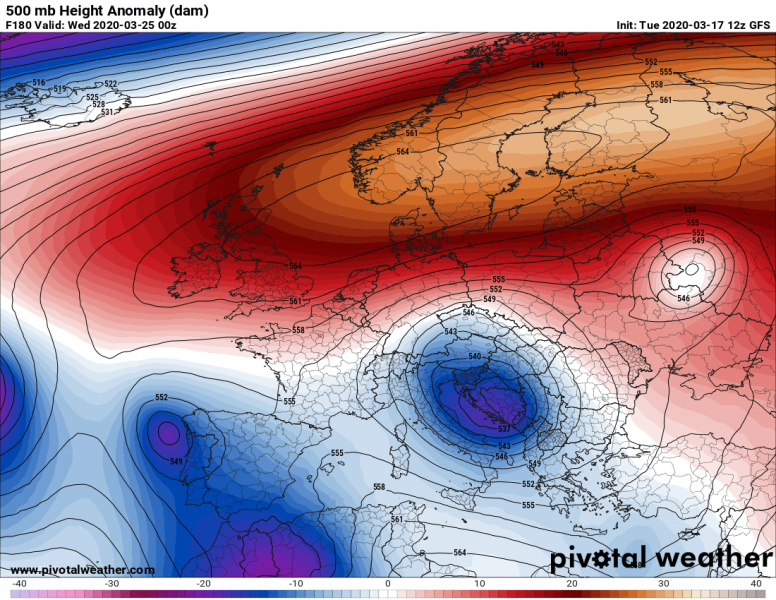 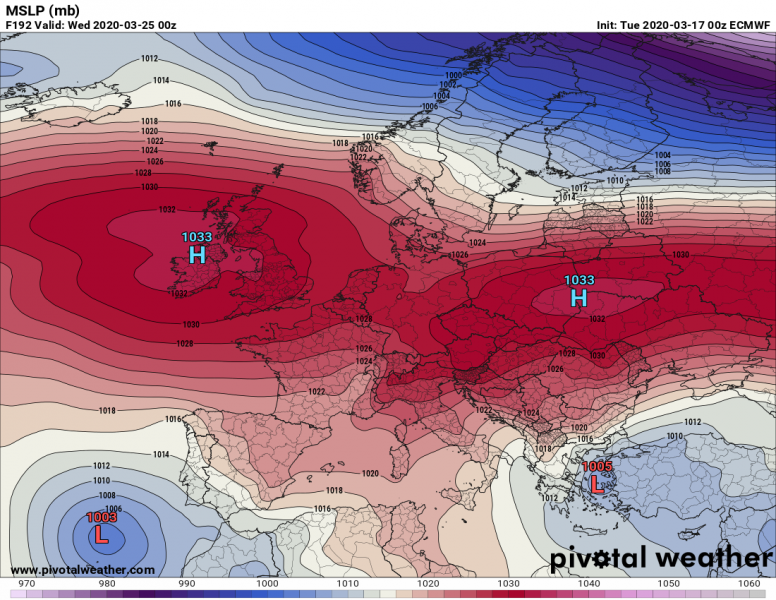 Global models are for now still a bit uncertain what track the deep upper low will take. While both the European ECMWF model and the American GFS model are hinting a *very* significant cold outbreak for late March, there are some important differences. The ECMWF model spreads the core of the outbreak across eastern Europe, the Balkans and Mediterranean, the GFS model is simulating the core more towards central Europe. The event starts over the weekend across Russia, in response to a strengthening Rex block and an associated strong high-pressure system over the northern half of Europe. Through the early days next week, an Arctic cold air mass spreads across eastern Europe towards central Europe, the Balkan peninsula and further southwest into the Mediterranean. Both models are expecting 10-15 °C colder temperatures than normal – that is *very* extreme for the end of March! Important differences between both models appear by mid next week where the GFS model maintains extremely cold weather across central Europe while the ECMWF model pushes the cold into the Mediterranean. Attached are the side-by-side comparison maps by ECMWF and GFS models: 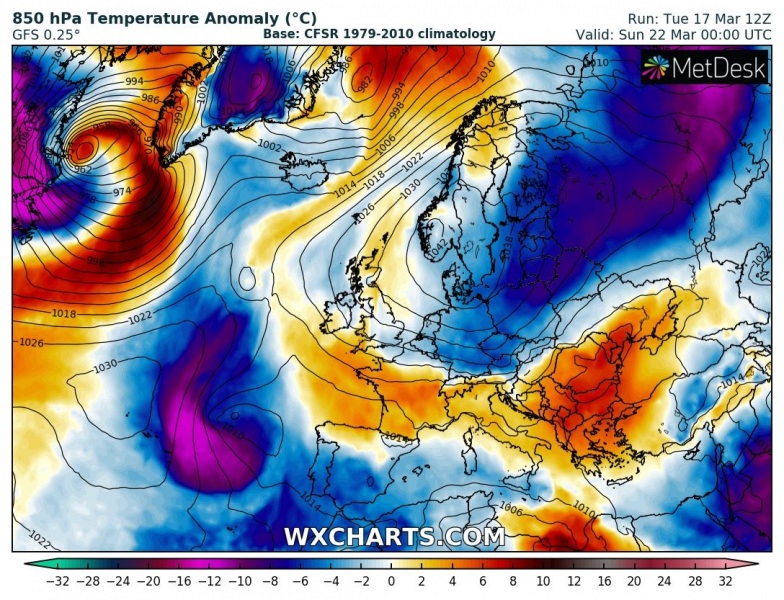 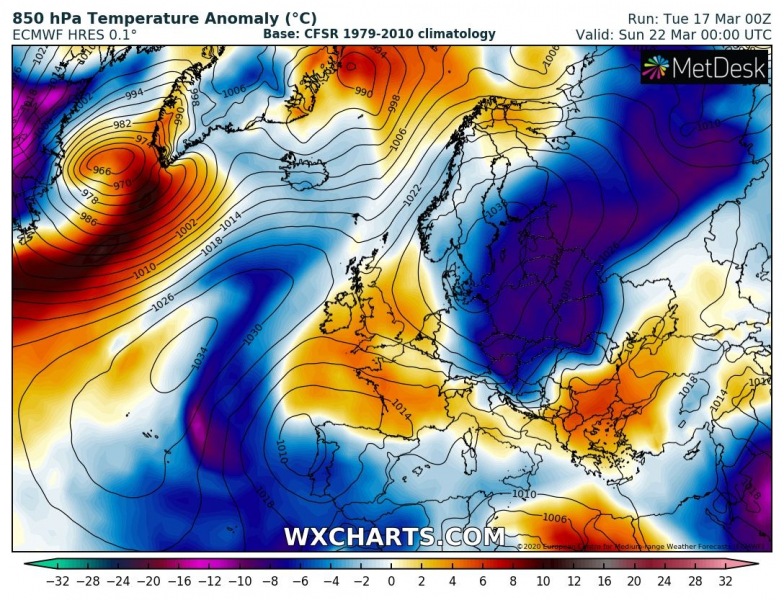 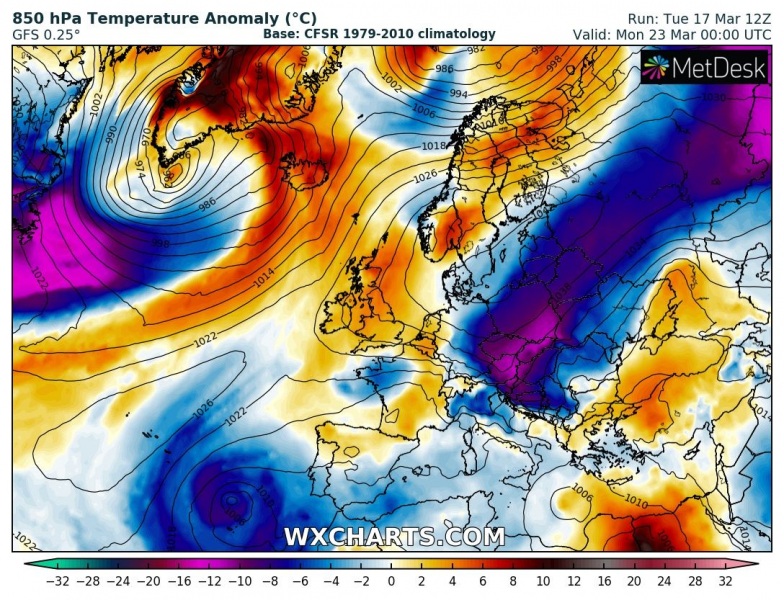 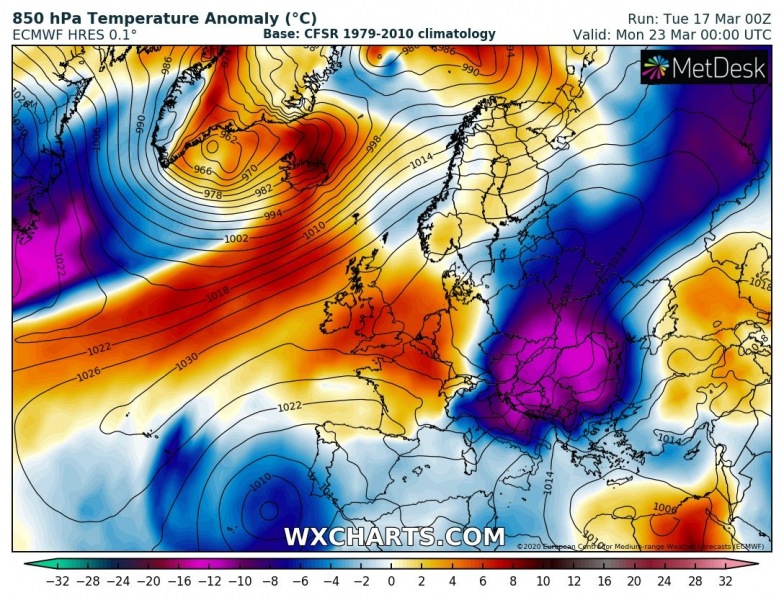 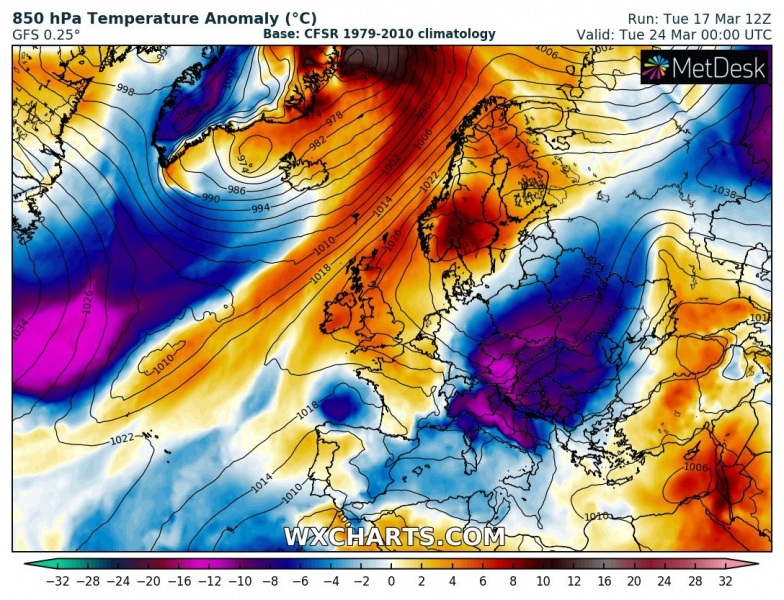 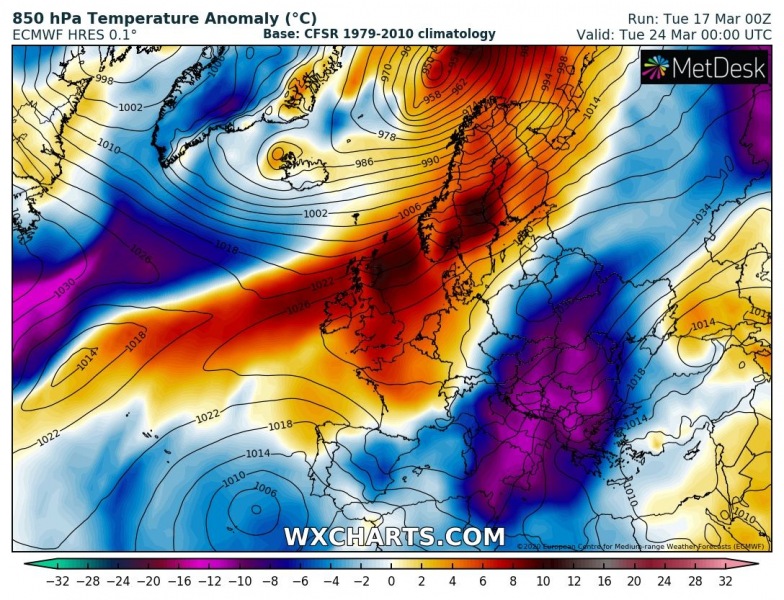 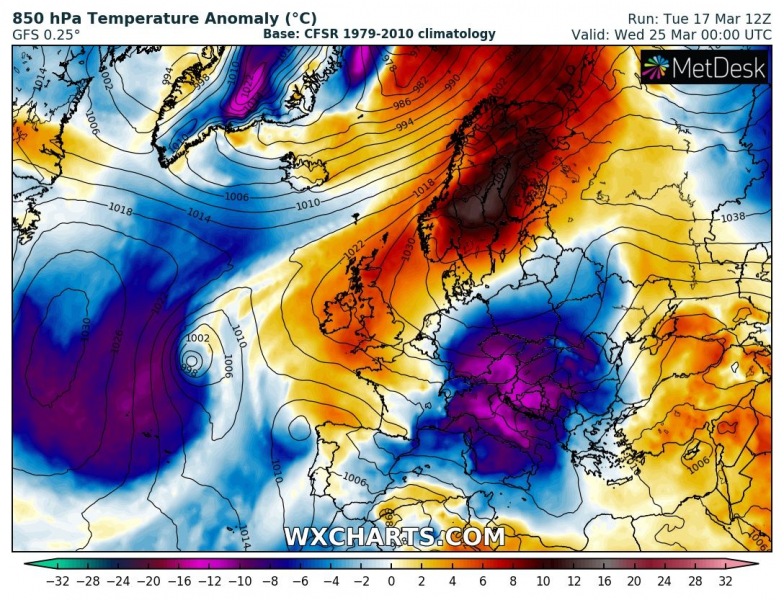 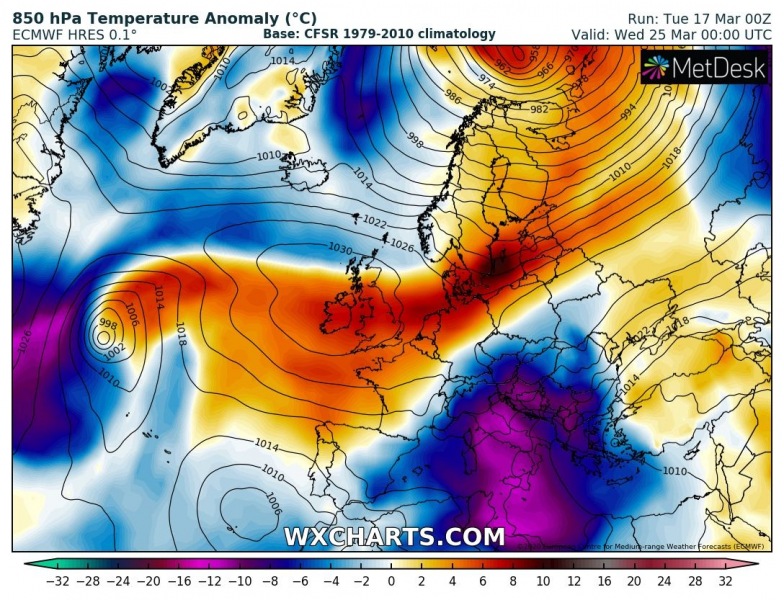 A denser Arctic cold air mass near the surface will spread more west than the air mass aloft (also due to subsidence within the powerful high-pressure system). Therefore we can expect very cold mornings are likely across western, central and eastern Europe from Monday to Wednesday. Many areas will experience well-below zero °C temperatures, meaning morning frosts could develop. Attached are 2-meter temperatures and related anomalies for the first three mornings next week: 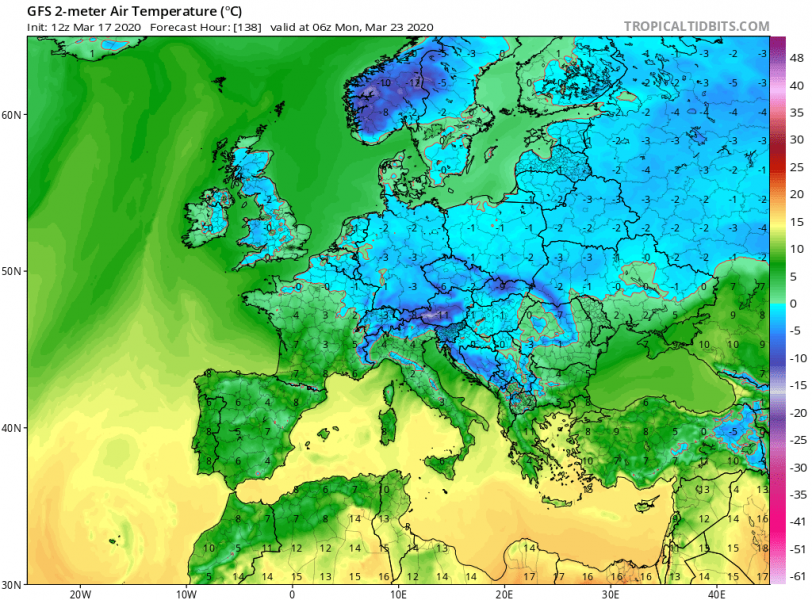 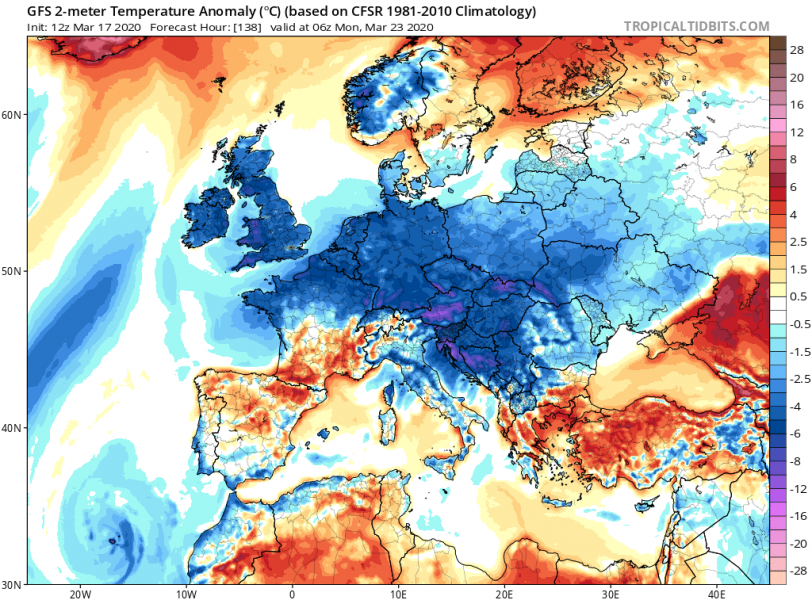 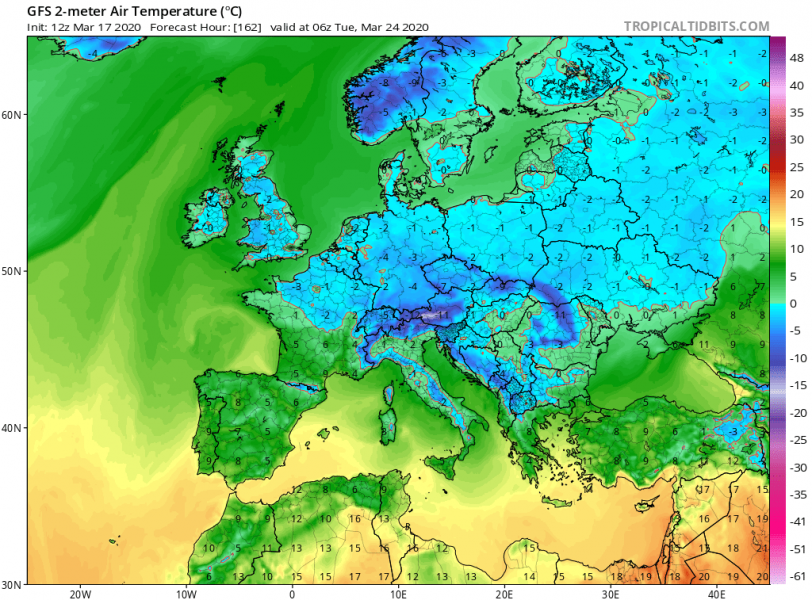 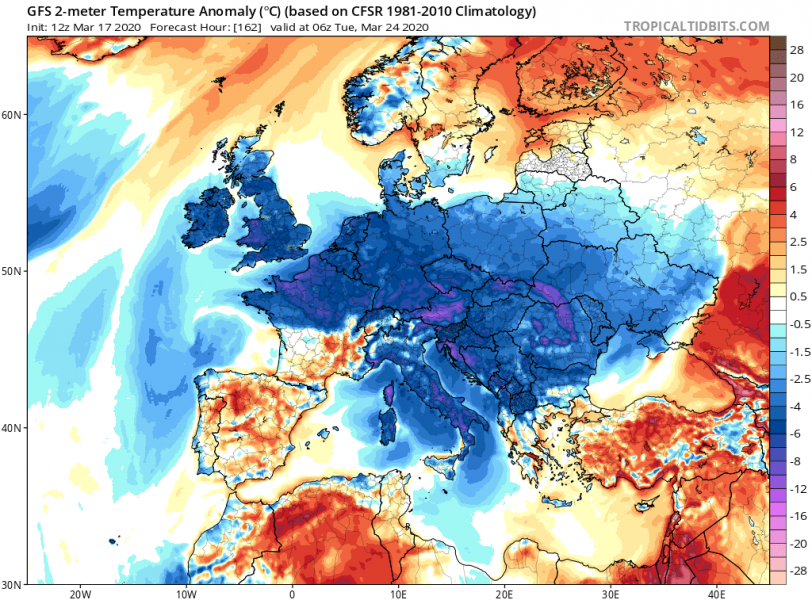 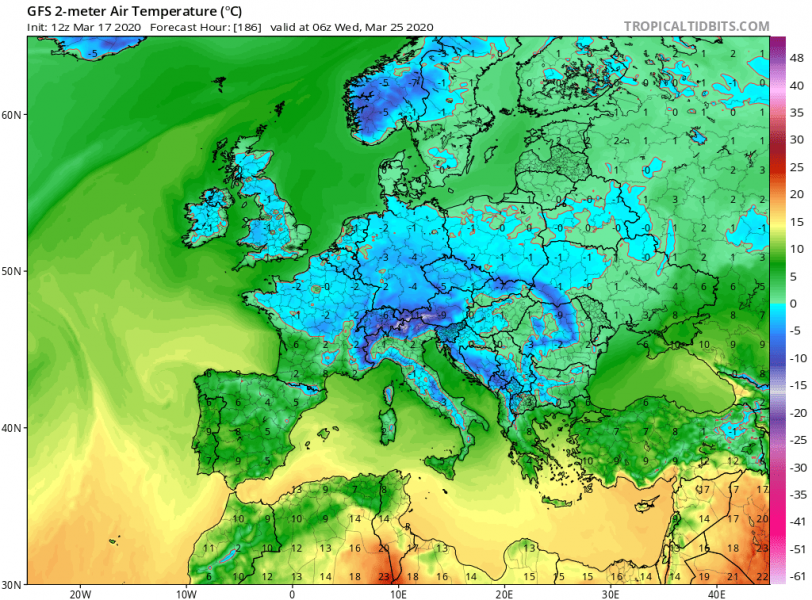 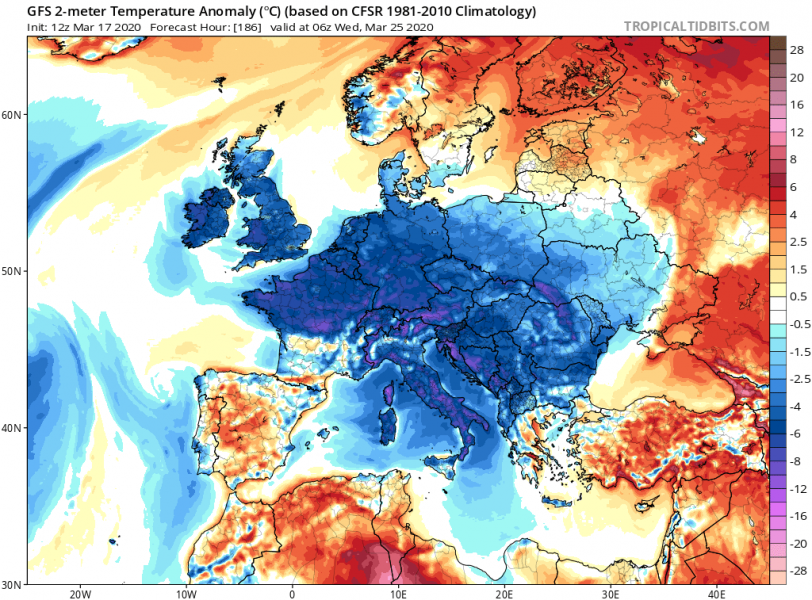 The developing very warm weather across a large part of Europe with daytime temperatures above 20 °C this week will additionally boost the blossoming of fruit trees until the weekend, especially across east-central Europe and part of Balkan peninsula. The Arctic cold blast will then make the blossoming trees extremely vulnerable to dangerous morning frosts, also the overall much lower temperatures.

We are all aware of the ongoing coronavirus (COVID-19) outbreak over the world. Its spreading is also dependant on weather conditions, similar to the seasonal flu. Based on the studies, seasonal flu tends to diminish with warmer weather. But in the opposite way, if much colder weather returns, that could have potentially strongly negative impact on the spreading of the virus, including COVID-19. People’s immune system tends to be weaker in colder weather. Sharp weather changes can also have a negative impact on the human immune system. In the case of the Coronavirus COVID-19, the strength of the immune system has been shown to play a major role in the body’s response to the virus, just like with the seasonal flu. The stronger immune system prevents less severe symptoms and can prevent major complications during the infection with the virus. A more polluted air trapped under strong thermal inversions within the high-pressure system can also worsen it in major cities. That can cause respiratory problems with some people, which was shown to be dangerous if combined with a COVID-19 virus infection. So with the arrival of much colder air mass after this weekend, people should take serious precautions to avoid worsening the conditions of their immune system.

We will keep you updated on the further development of this potentially intense and dangerous cold outbreak in the coming days – stay tuned! And indeed, stay safe!

See also – what do we know about the warm/cold air effect on viruses?