An impressive satellite presentation of a rapidly developing cyclone is seen over North Atlantic today. It is moving towards western Europe. It’s been a while we have seen a nice presentation of deep cyclone over the North Atlantic. While we had numerous during winter. The system will bring a strong windstorm into Ireland, Scotland, and Wales tonight and on Friday (tomorrow).

TEXTBOOK CYCLONE ON THE SATELLITE 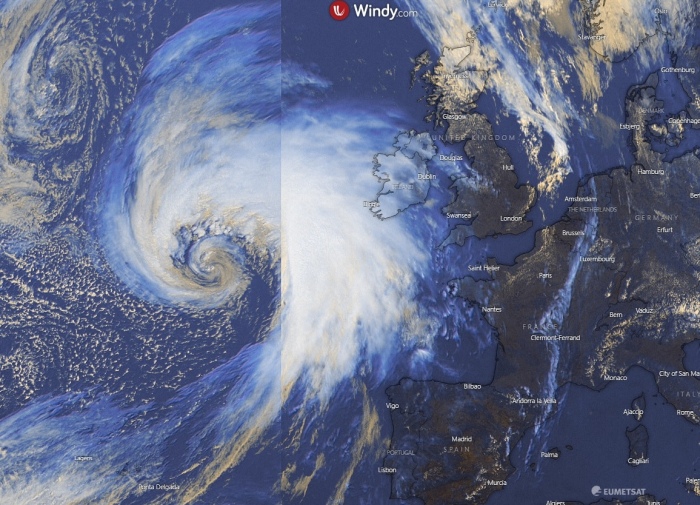 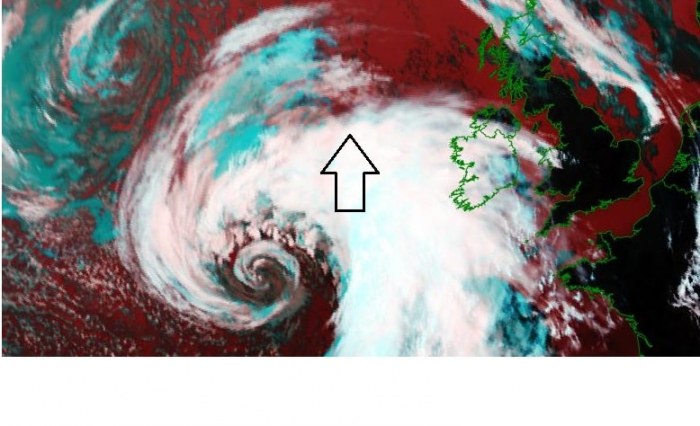 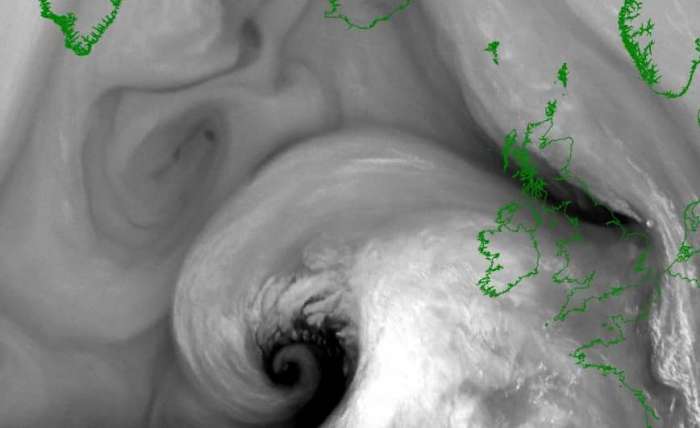 Graphics: VEDUR / WINDY
The main frontal boundary (cold front will push across Ireland and the UK tonight. It will enter in the late evening from the southwest and pass across the region until early Friday morning. Heavy rain and wind squalls are likely to occur with some storms as well: 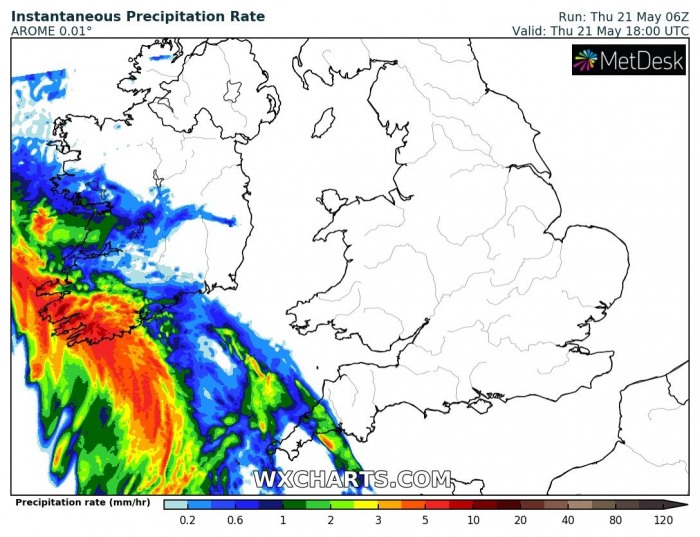 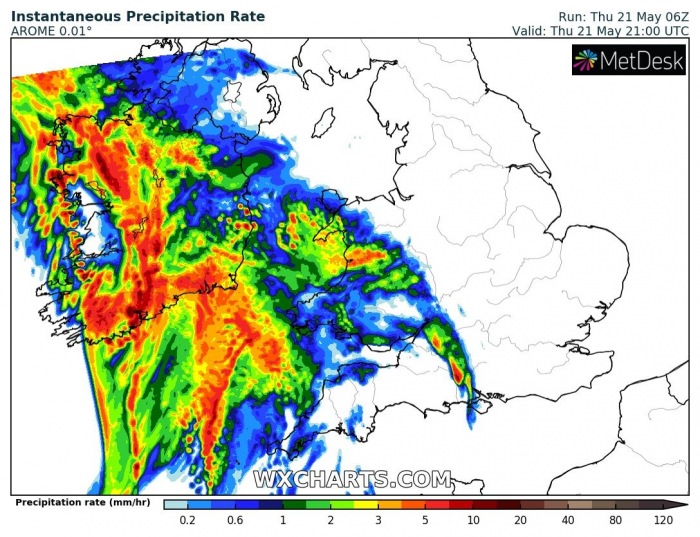 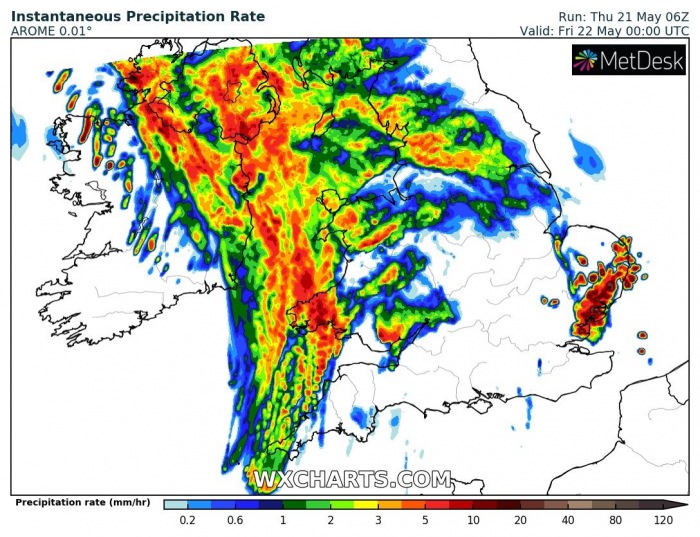 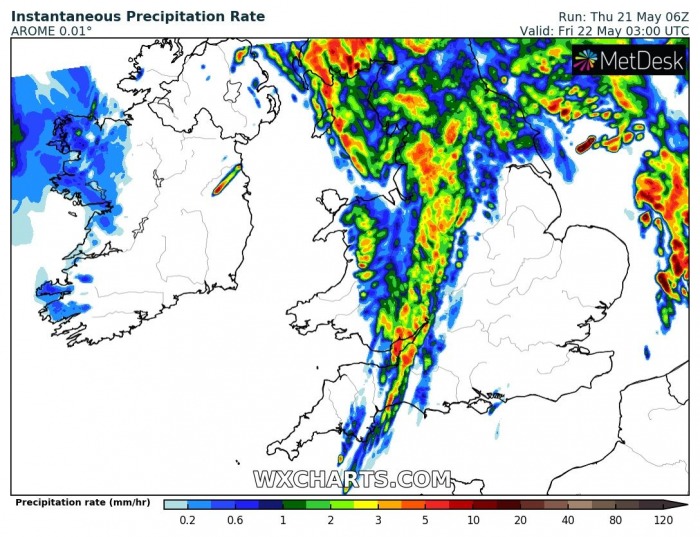 Peak wind gusts will be the strangest over Ireland, Scotland, and Wales. The highest speeds should locally reach around 120 km/h! Winds will come in two waves. First will be the frontal rain/wind squalls, then it will be a widespread push from the southwest when cyclone will be passing to the west of Ireland towards the north. The system should reach quite deep minimum central pressure, likely near 965 bar or even lower during its peak time on early Friday. 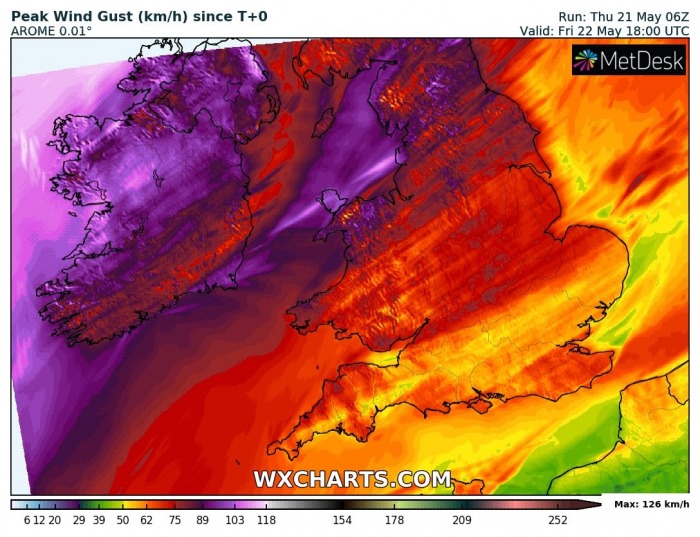 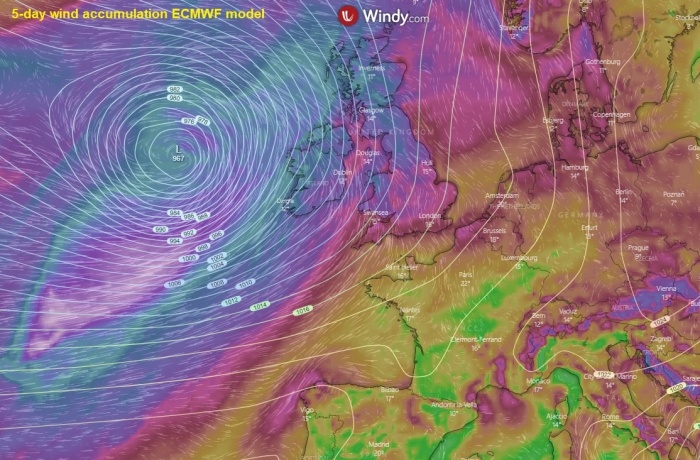 Strong southwest flow will also result in a lot of orographic rainfall over the Scottish Highlands with up to around 100 mm of rain possible until Sunday!