It was extremely warm across parts of Spain and Portugal earlier this week, but now a significant change is coming. An intense cold pool behind the cold front, associated with the large North Atlantic cyclone, will advect very cold air mass into Iberian peninsula, introducing heavy rainfall and snowfall in some areas. Cold air mass should also support cold frosty mornings on Monday and Tuesday.

The short-wave trough, associated with the large North Atlantic cyclone, cuts off into southwestern Europe. The upper low then slowly moves across Spain and Portugal towards Morocco. A very cold air mass advects into Iberia from the North Atlantic, leading into a short, but very cold period over southwest Europe. 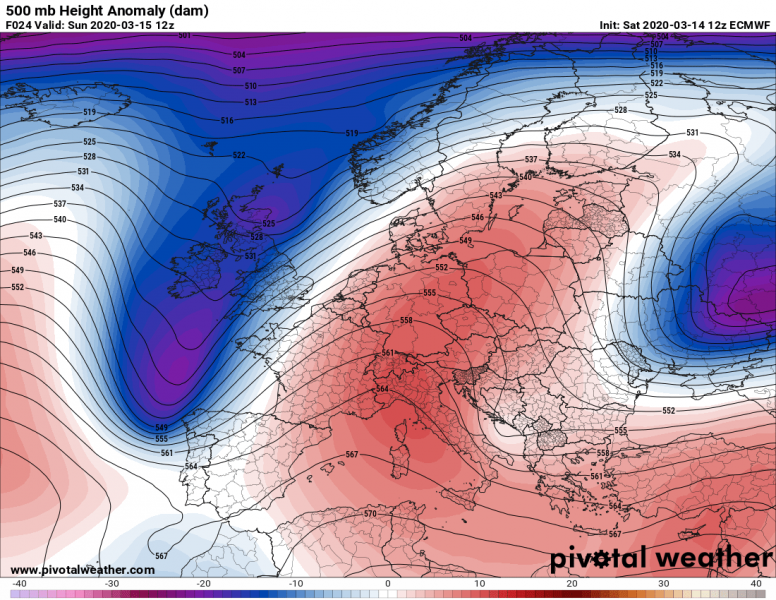 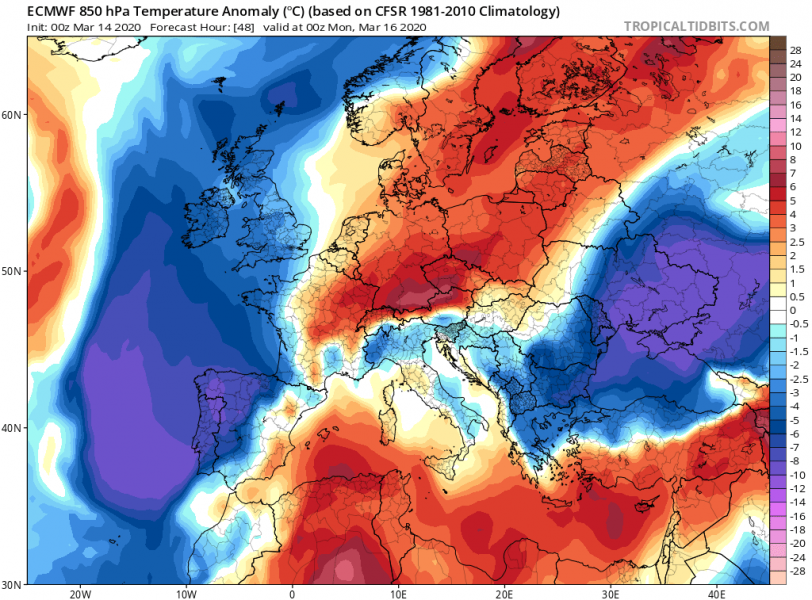 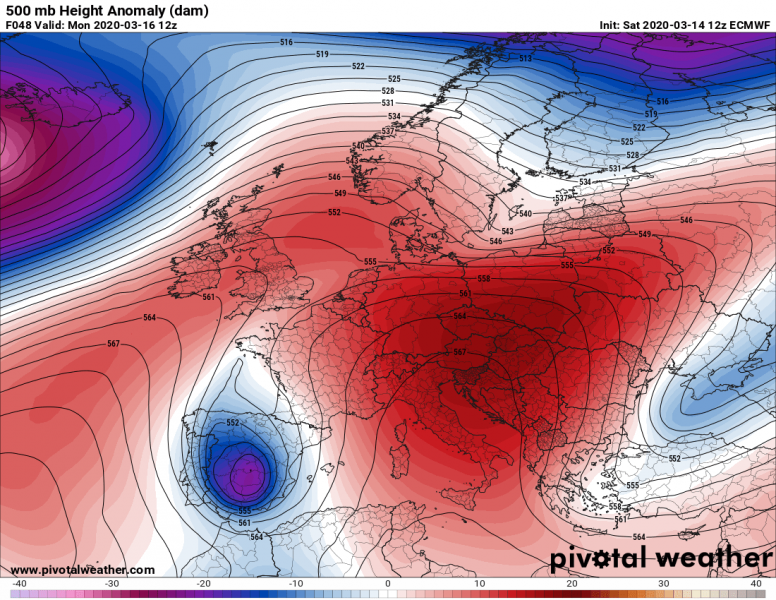 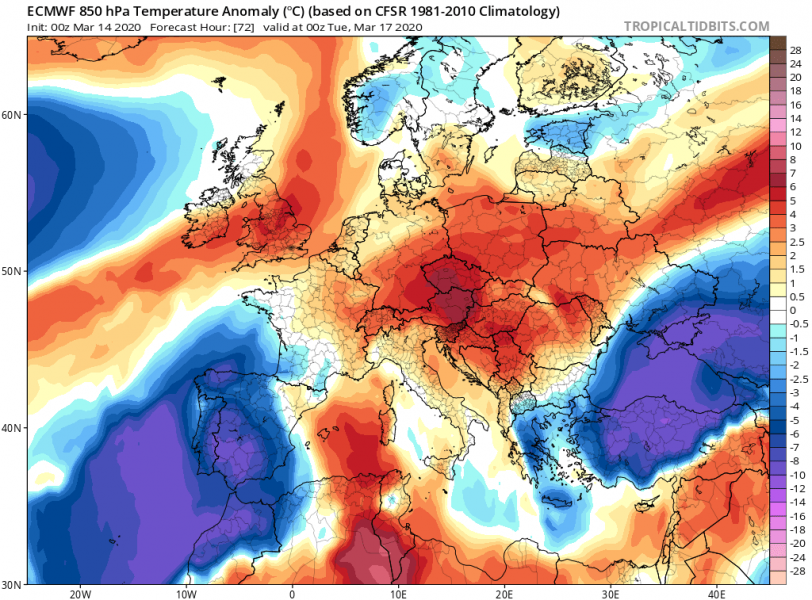 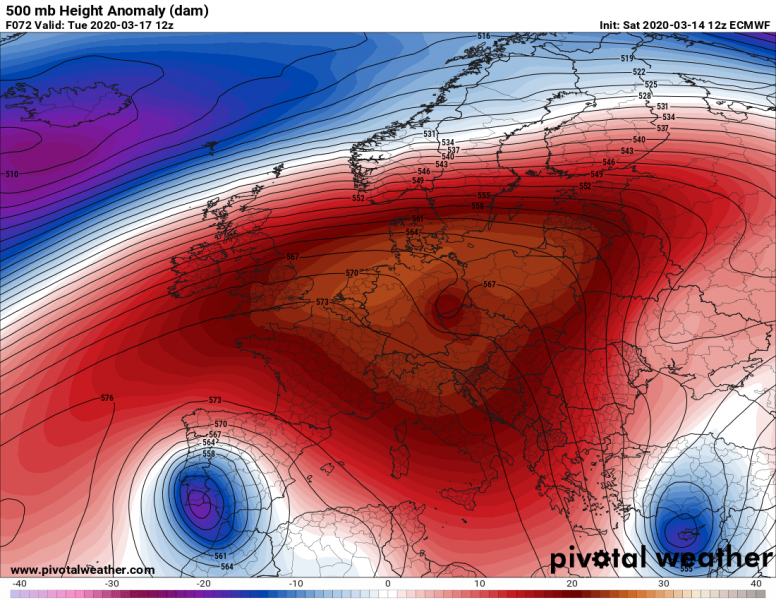 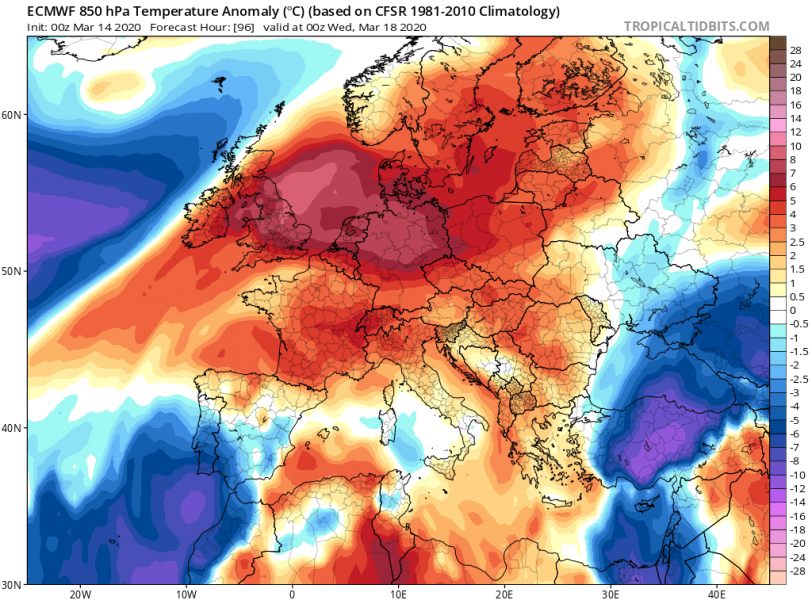 With the formation of the upper low of Monday, the system slows down. The associated surface frontal system develops a broad frontal zone on its eastern side, feeding with the moist inflow from the warmer western Mediterranean. This introduces heavy and locally excessive rainfall into east and northeast Spain, also snowfall further inland. Flooding threats will increase in some areas. 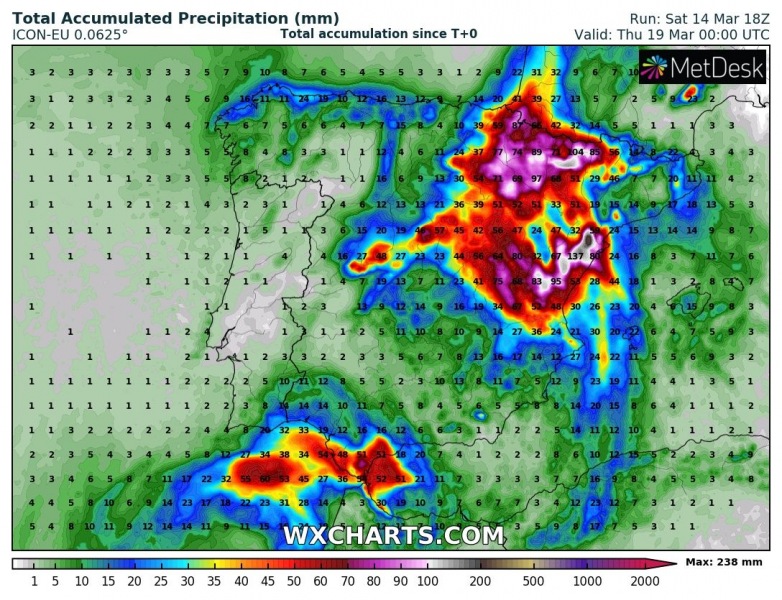 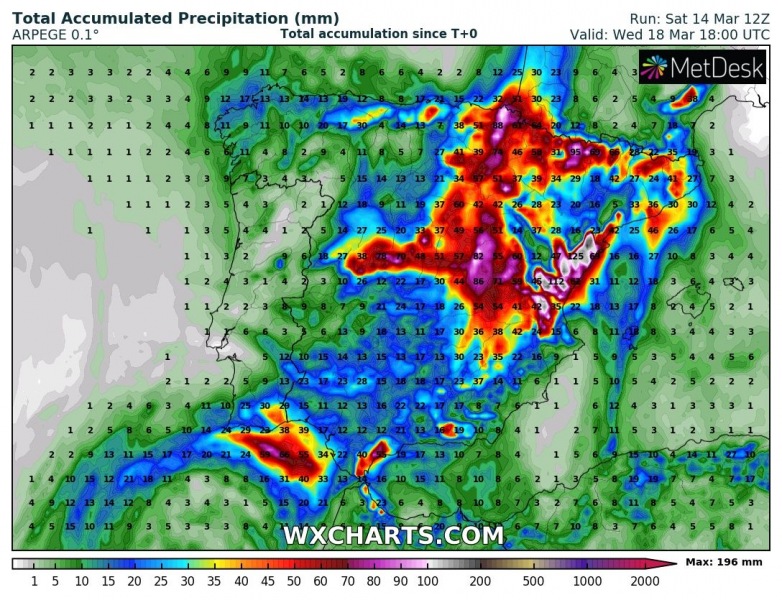 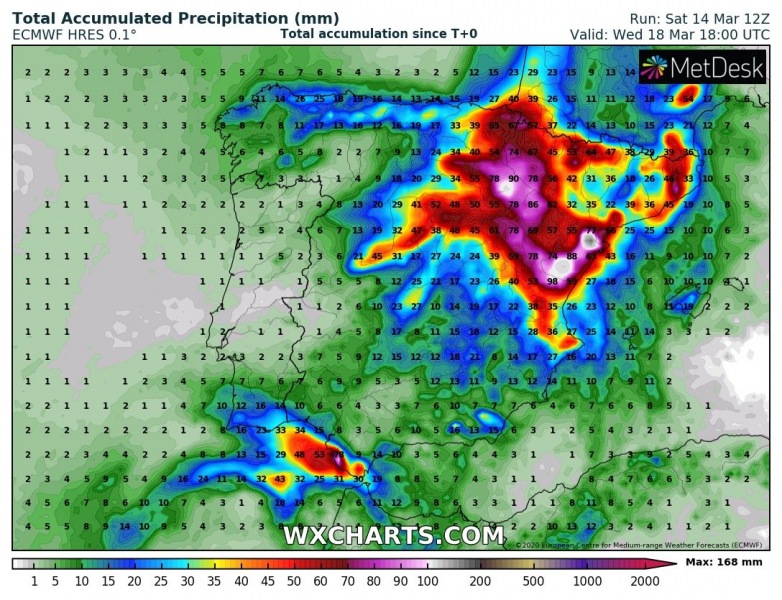 Quite a lot of snow is expected across the higher terrain across the northern and central Spain, locally 30-50 cm of fresh snow is possible! Quite a remarkable amount for mid-March, especially if we think it was 25-30 °C earlier this week! 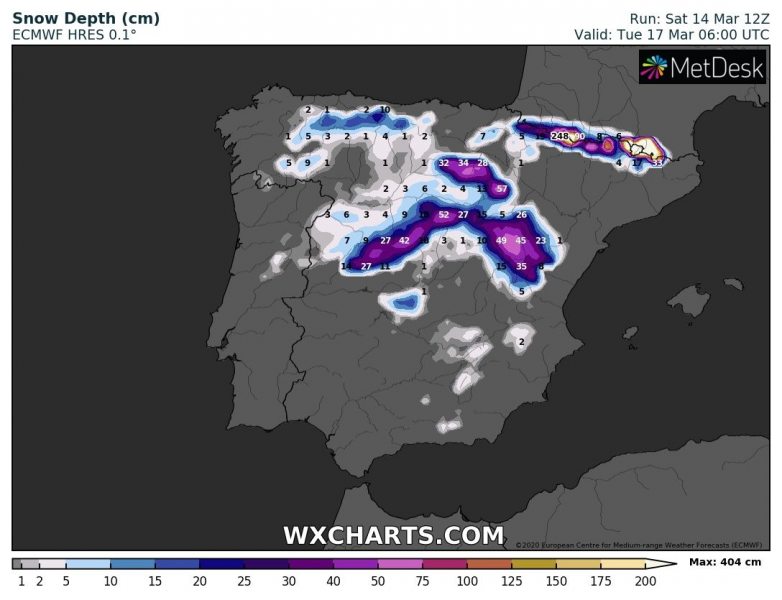 The very cold air mass aloft will also result in very cold mornings on both Monday and Tuesday across Spain and northern Portugal, likely also bringing frost in many regions if skies will be clearing under an upper low. 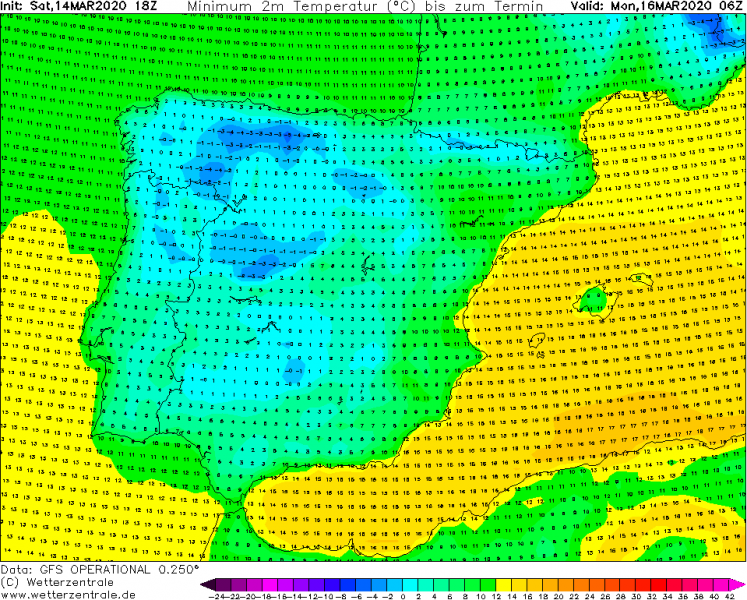 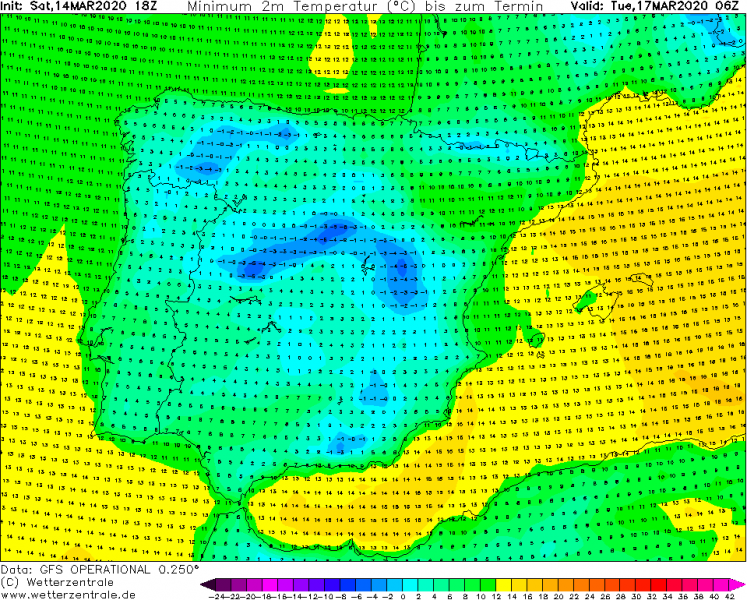 Surely not a welcoming forecast for the blossoming trees after such a warm period lately, the event will be damaging. Stay alert.