Tramontana is a short-lived, transient, but often intense northerly wind blasting from the Alps across the plains of northeastern Italy between Venice and Trieste, across the northern Adriatic, also affecting western Slovenia and Istra in NW Croatia. Typically Tramontana winds reach 80-100 km/h, but have reached up to 200 km/h. Bora, also known as Burja in Slovenia and Bura in Croatia, is a frequently intense downslope (catabatic) northeasterly wind, developing along the eastern coast of the Adriatic sea, typically following a cold front. Bora typically reaches at least 150 km/h, but has exceeded 200 km/h in Slovenia and 250 km/h in Croatia. The most well known Bora hot spots are the Vipava valley in Slovenia, Trieste gulf in Italy and Kvarner gulf in Croatia, where the most intense Bora typically develops.

The Tramontana will be the first do develop as the cold front pushes over the Alps of northeastern Italy. Latest model guidance indicates it pushing into the plains of north Italy and over the northern Adriatic in the early to mid-morning hours, gusting up to 90 km/h. Particularly the coastal area of eastern Veneto and western Friuli-Venezia Giulia. 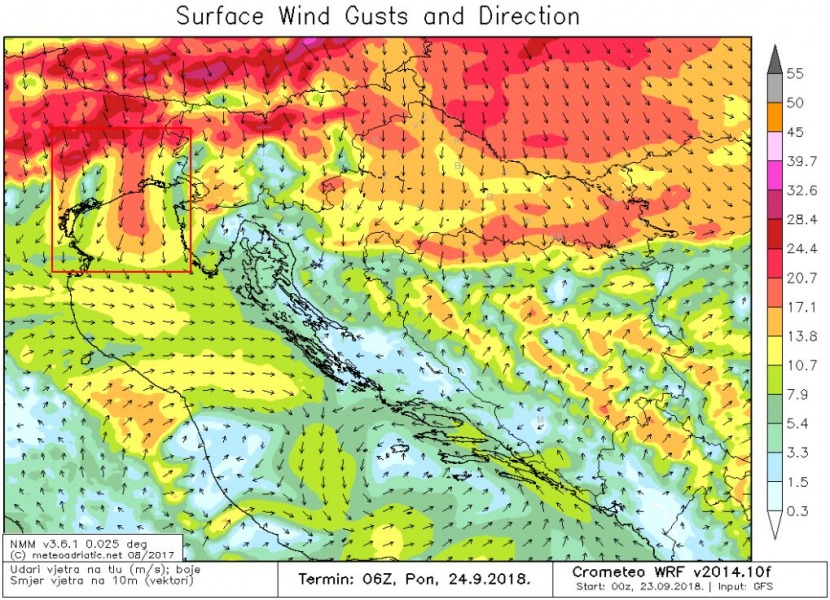 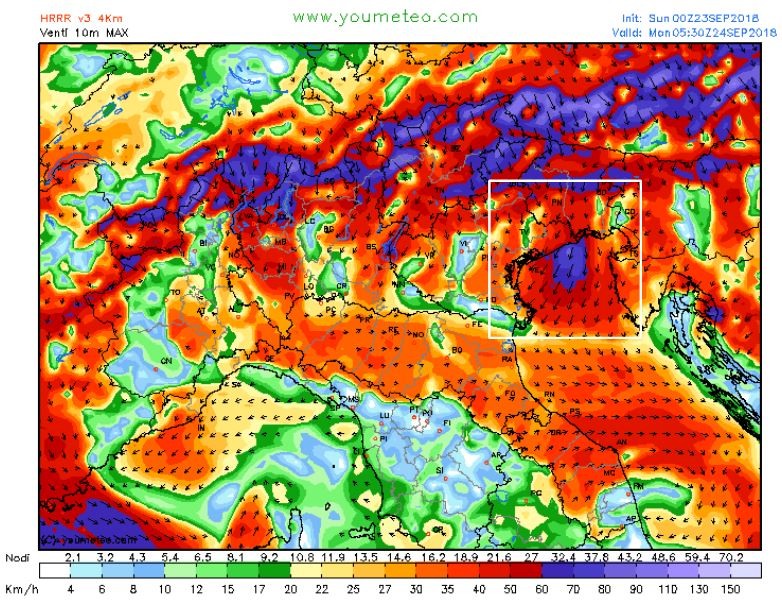 Strong Bora winds rapidly develop afterwards, pushing across the Dinaric mountains into the coastal areas and over the Adriatic sea. Peak guests of Bora (Bura) will reach 120-150 km/h across Velebit and Kvarner in Croatia. 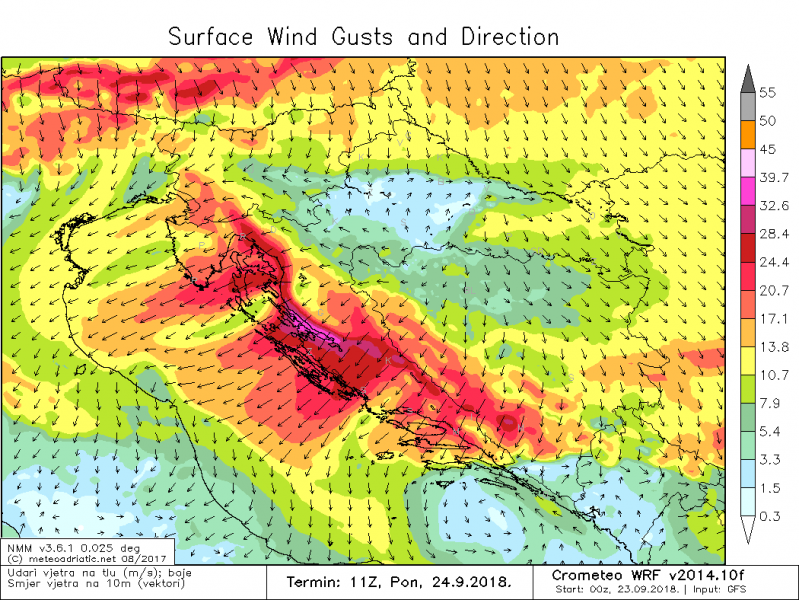 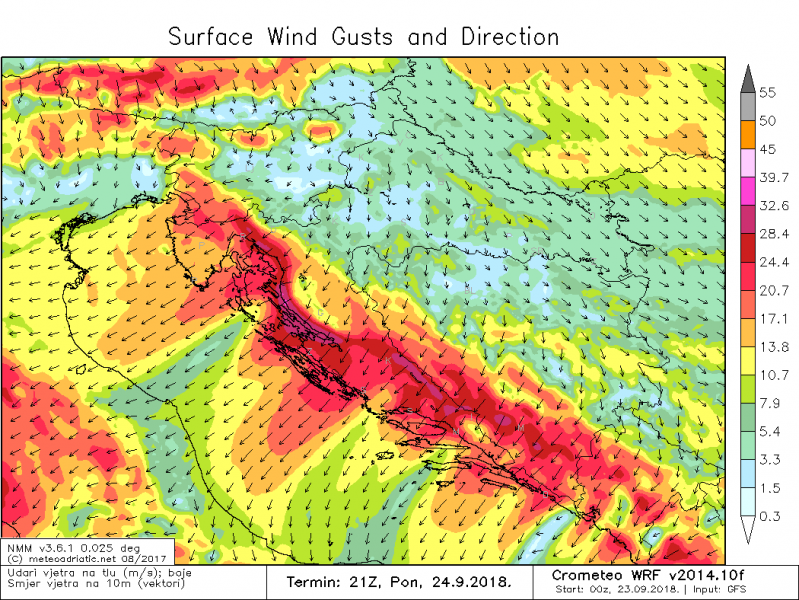 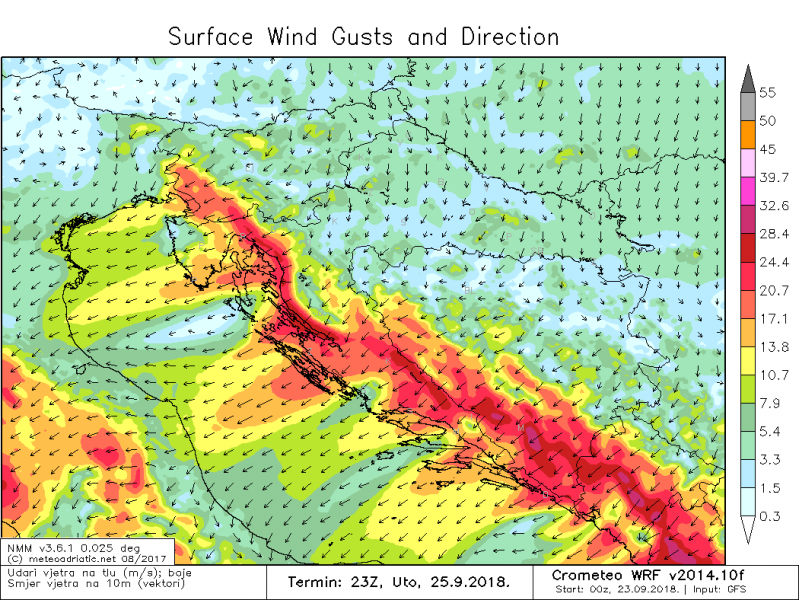 Bora winds over the Adriatic sea on Monday and Tuesday. Map: Meteoadriatic. 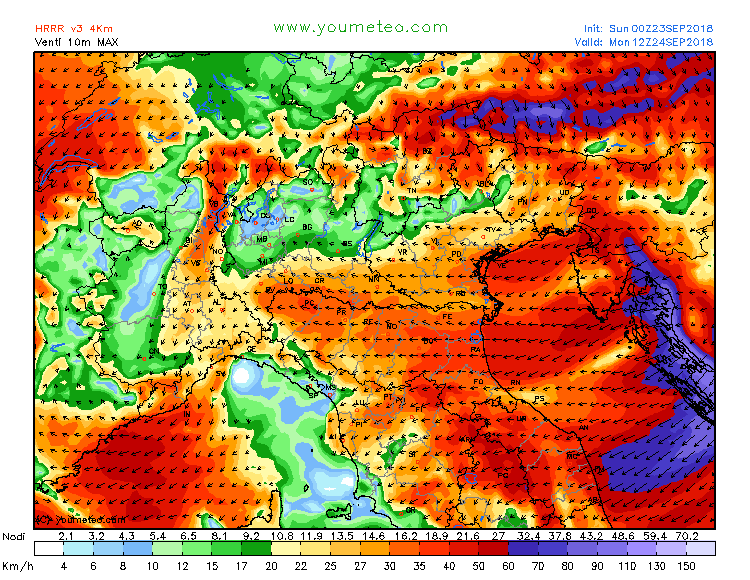 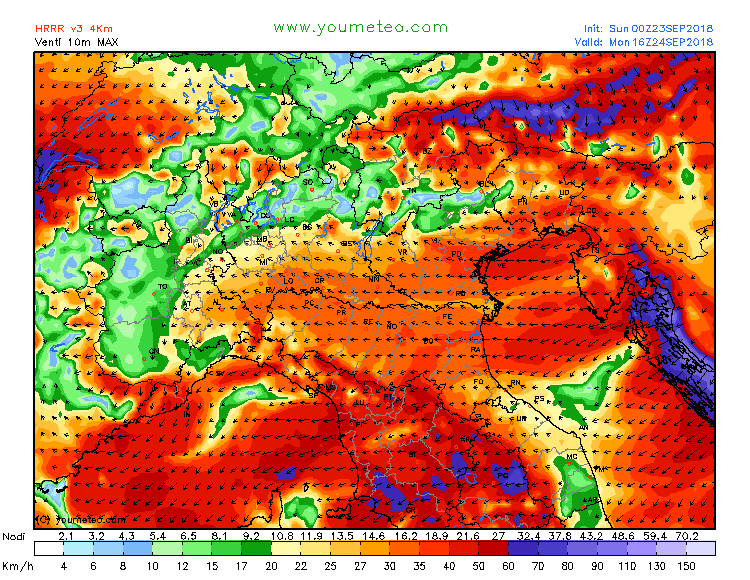 Bora winds over the Adriatic sea on Monday. Map: Youmeteo.com.