An intense windstorm which is crossing British Isles tonight, will additionally strengthen over the North sea tomorrow morning and head towards Denmark,south Norway and southwest Sweden with extremely severe wind gusts likely. A quite rapidly moving deep cyclone will develop an intense windstorm by midday over the open waters of North Sea and push into Denmark and surroundings through the afternoon hours.

A very deep cyclone forms and intensifies while moving across the western Europe towards the southern Scandinavia, in response to a very cold core low associated with a deep long-wave north Atlantic trough, as mentioned in the weekly pattern overview earlier this week. A tight pressure gradient against the ridge to the east will produce very intense wind field / jet streak in between. 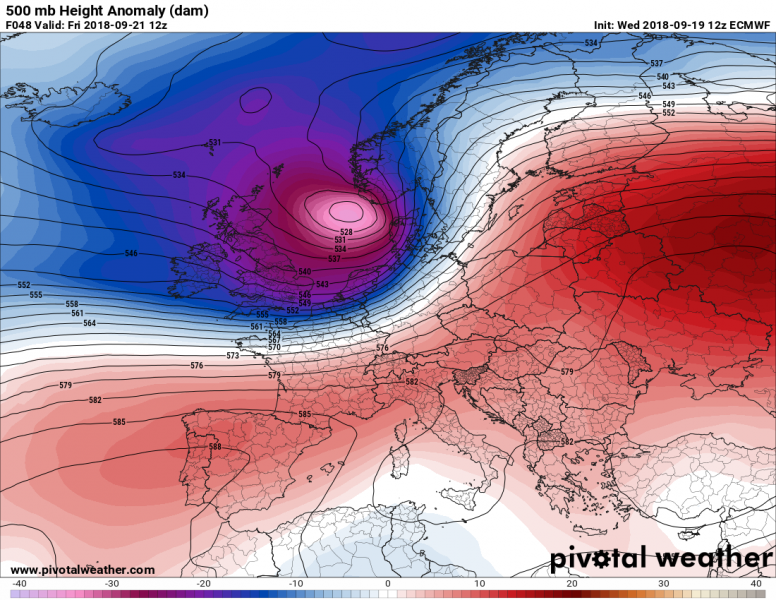 A sequence of the deep low with intense windstorm from the morning (06 UTC) until the evening hours (18 UTC): 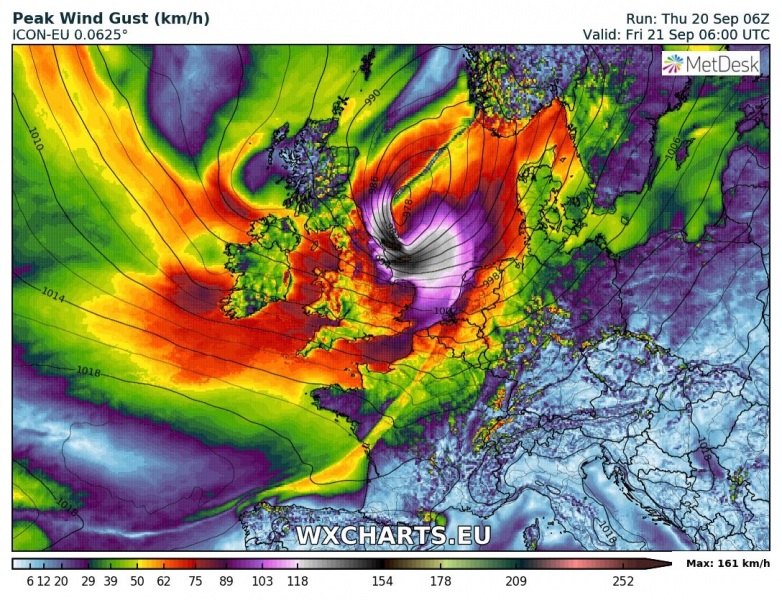 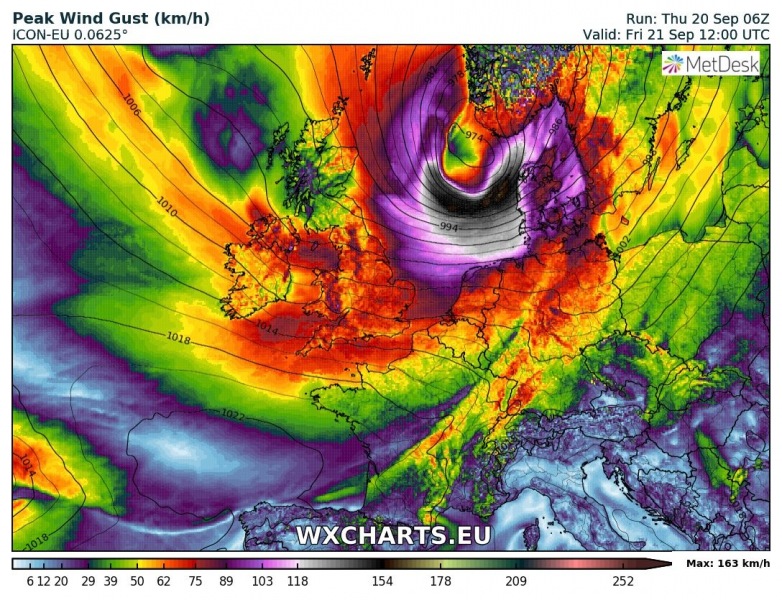 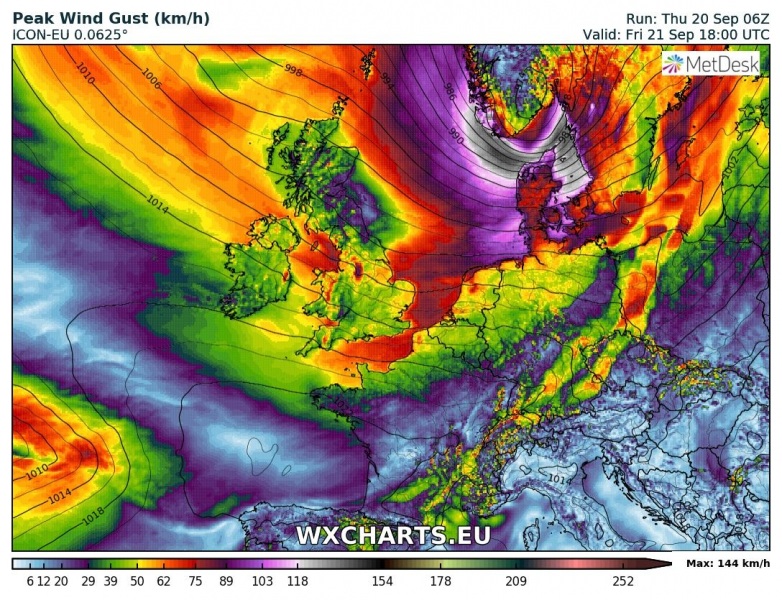 Peak wind gusts swath based on ICON-EU, ARPEGE and GFS models – they all agree on an intense windstorms, likely producing wind gusts between 120 and 160 km/h. Including across north-central Denmark, along the southern Norway coast and towards the SW Sweden coastal areas. Peak gusts are expected near the coast, as well as high waves. 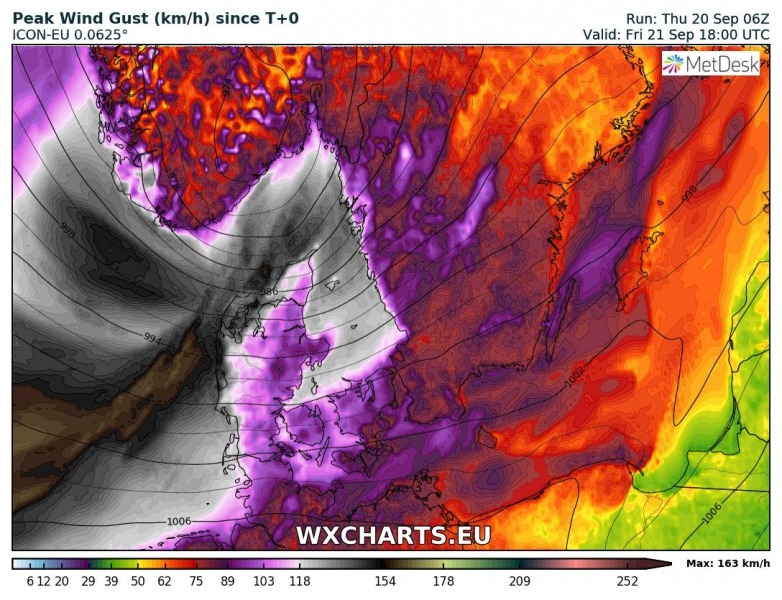 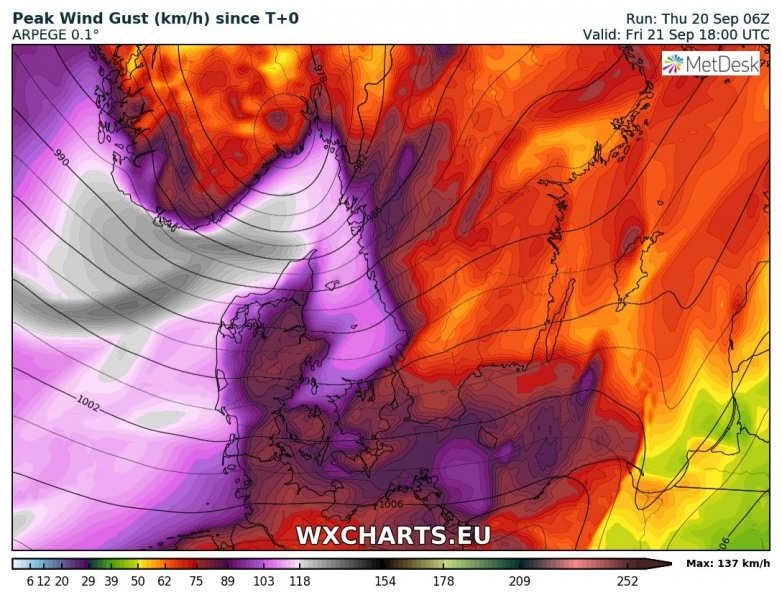 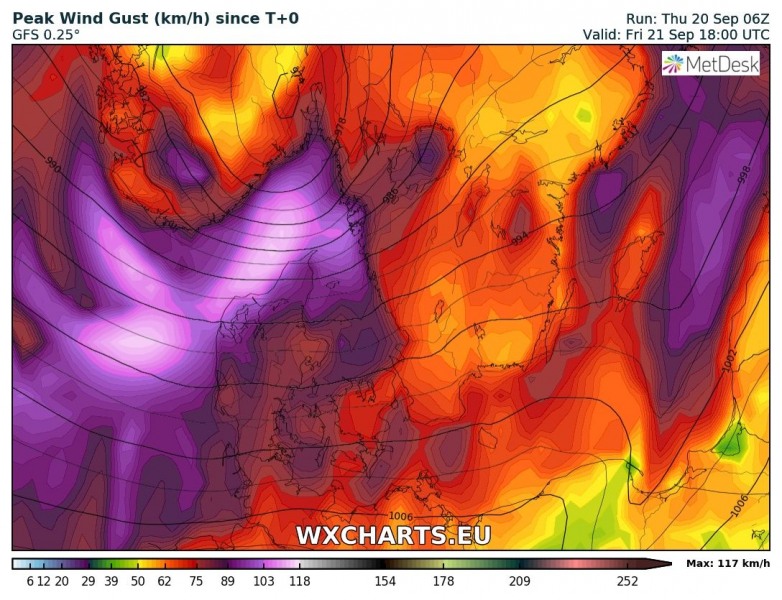 An additional threat with this deep cyclone will be an excessive orographic rainfall into the mountainous terrain of SW Norway – up to 120 mm could accumulate until Saturday (in about 24-30 hours) morning based on both high resolution models ARPEGE and ICON-EU. 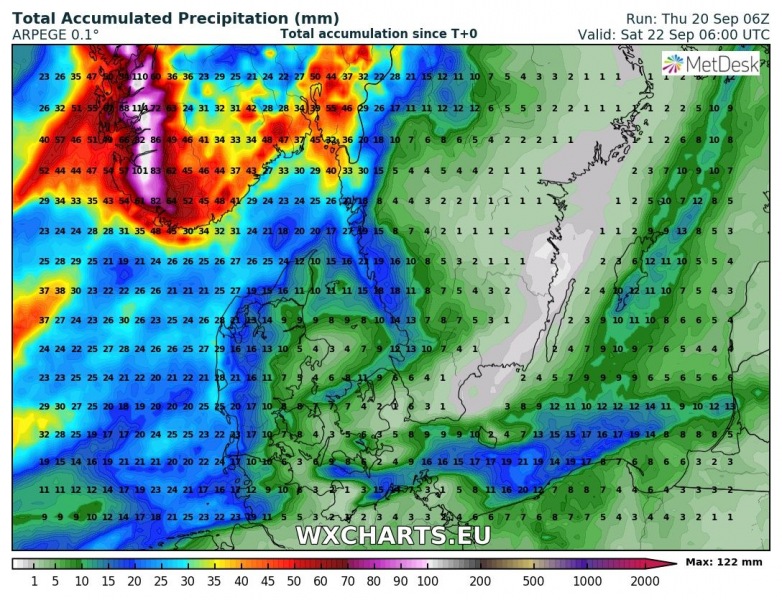 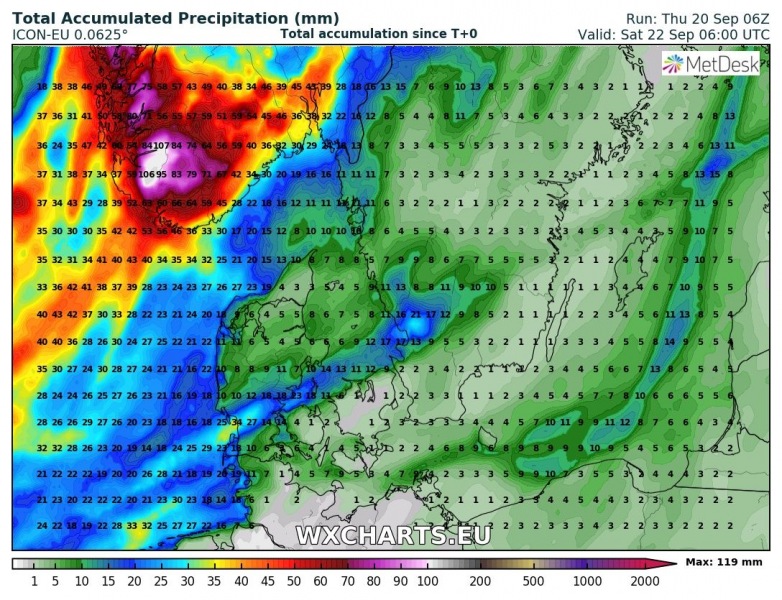 An intense windstorm with extremely severe wind gusts up to 160 km/h is becoming increasingly likely across much of Denmark tomorrow. A bit lower extreme wind threat is also expected along the southern Norway and SW Sweden, gusts there could peak up to near 120-130 km/h.