We have just entered into the second half of September and a large part of our continent is experiencing much warmer weather than average due to a large upper ridge dominating Europe. Model trends favour a very warm week to continue across south-central and eastern Europe with quite stable weather and summer-like temperatures. More dynamic weather with deep cyclones is expected across the western and northern Europe. Towards the weekend, a significant change in pattern is becoming increasingly likely as a sharp, strong cold front pushes across much of Europe.

A large ridge dominates Europe with a deep low over northern Atlantic and a short-wave trough across the UK – the remnants of the post-tropical storm (ex-hurricane) Helene crossing the British Isles and Ireland overnight. Much warmer airmass is advected ahead of this system into western Europe, spreading into central and northern Europe as well. 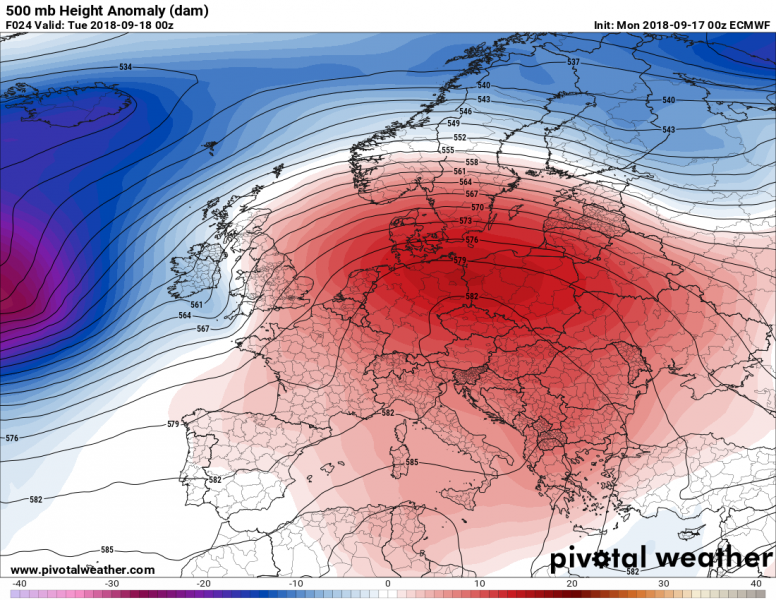 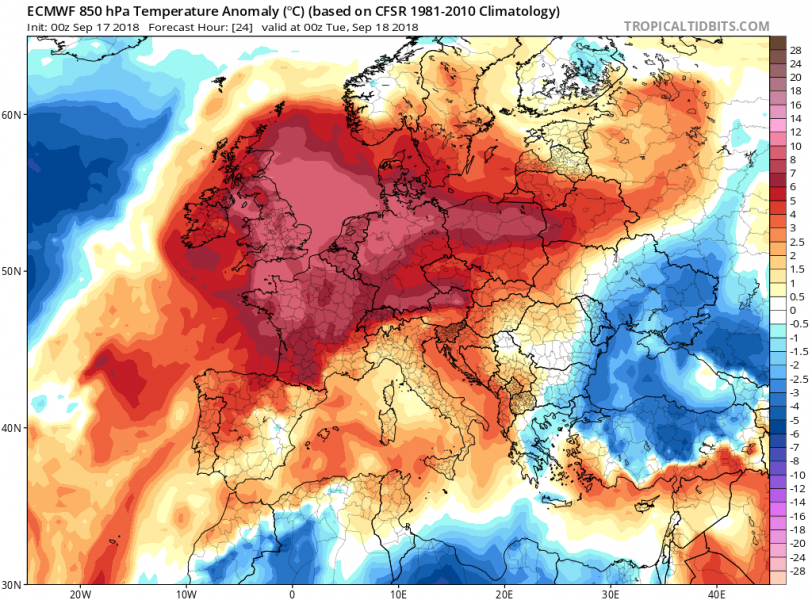 An upper ridge expends into eastern Europe as the deep trough over the northern Atlantic moves more towards western and northern Europe. Warm airmass spreads into ENE Europe and very warm weather is expected for the Baltic region. Two consecutive cyclones with likely intense wind storms will develop over the UK and Ireland with extremely severe winds possible through this period. 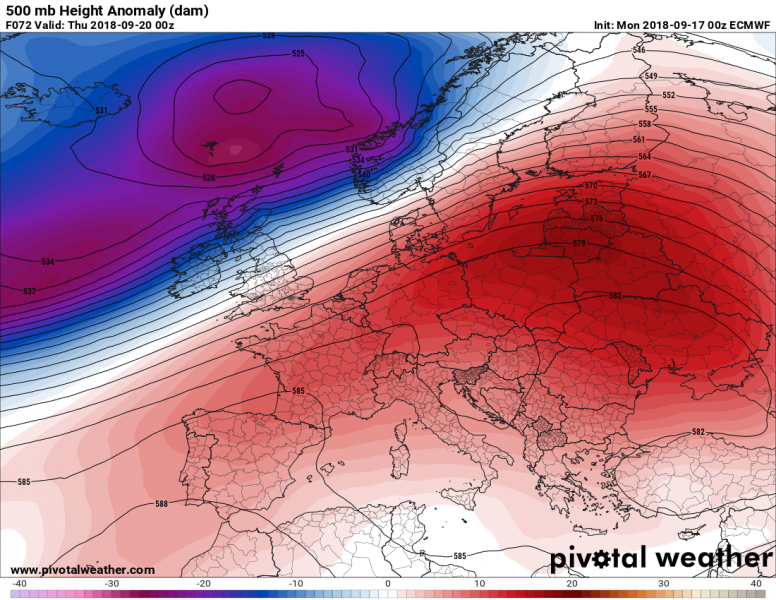 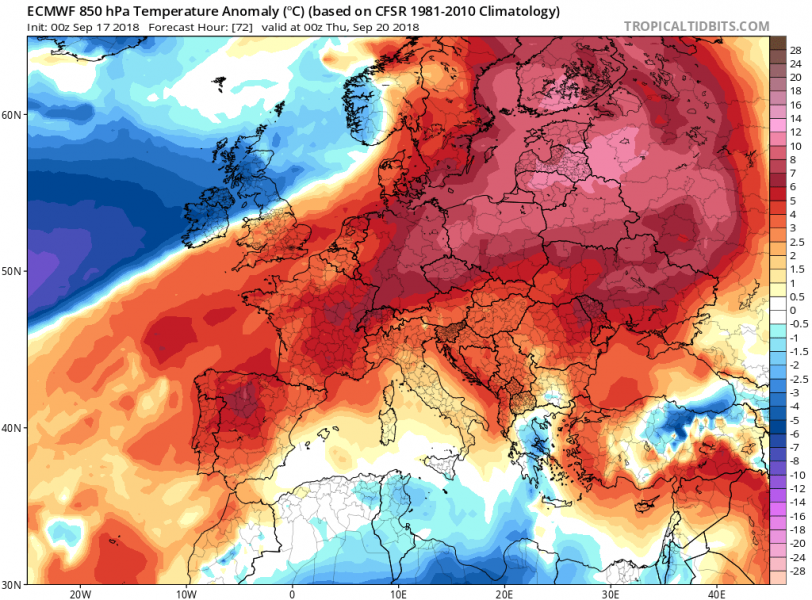 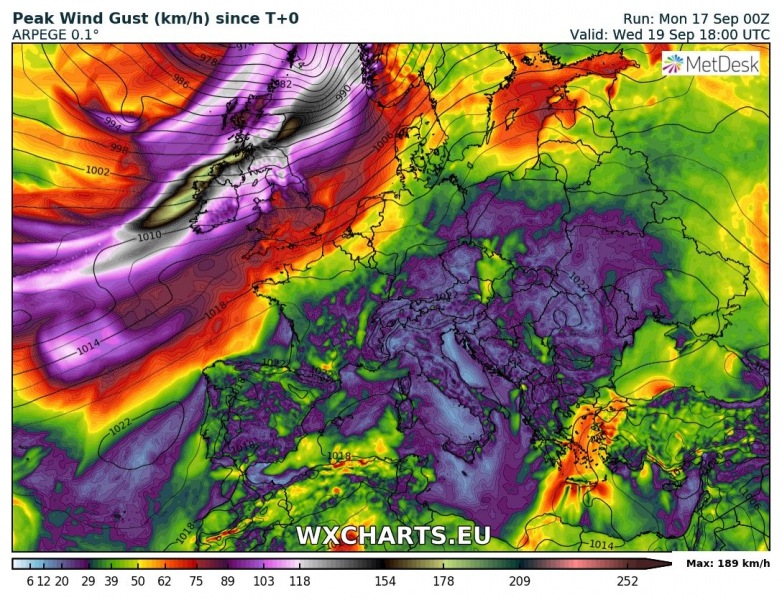 A significant change seems now increasingly likely with a deep trough pushed across the northern Europe. The associated cold front pushes into central Europe as well and collapses the ridge. Much colder weather spreads behind the front. Severe weather will be possible along the rapidly moving cold front, both on Friday and Saturday. Ahead of the front, strong warm advection pushes into NW Russia and far eastern Fennoscandia. 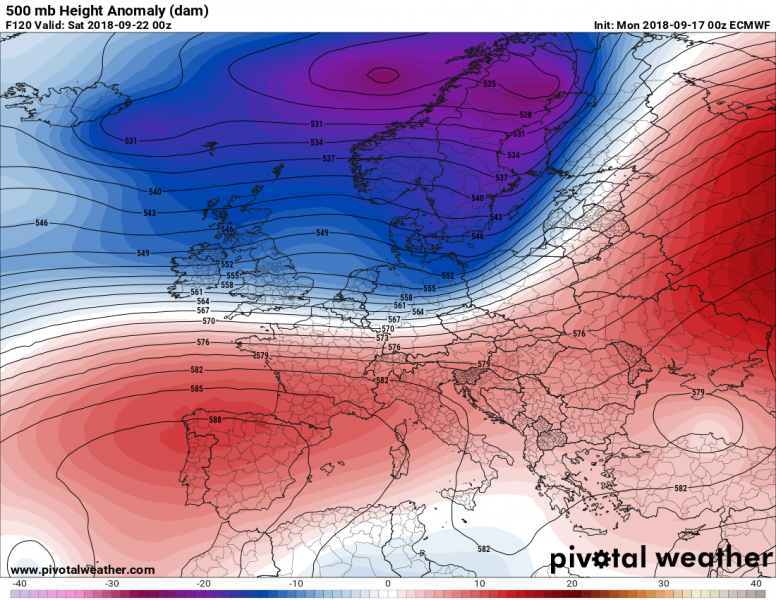 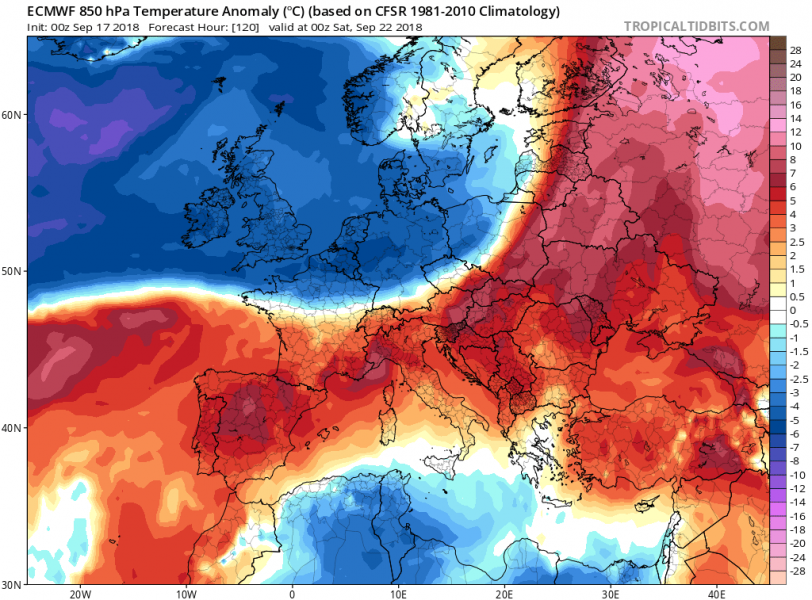 Behind the deep trough, strong ridge is likely to develop across west-central Europe into early next week. Such a pattern would again support warming trends there with colder weather to the east where trough will be pushing across the eastern Europe towards the Black Sea. 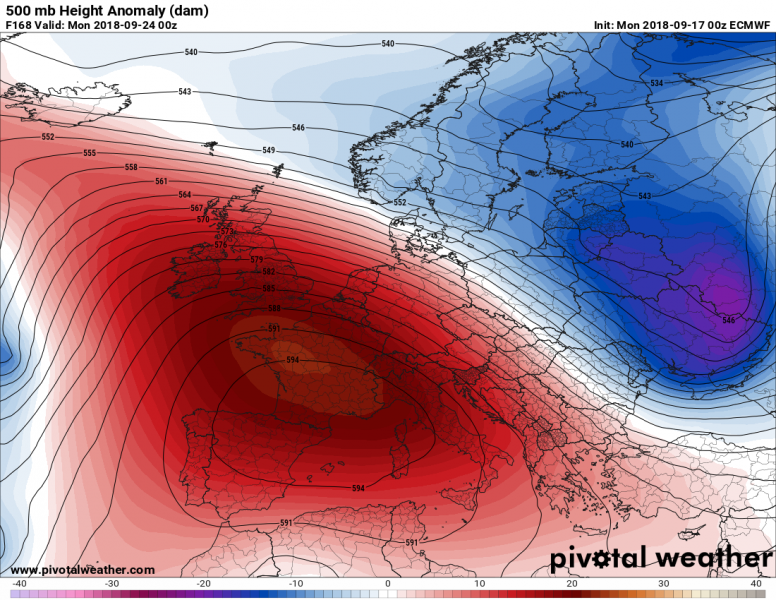 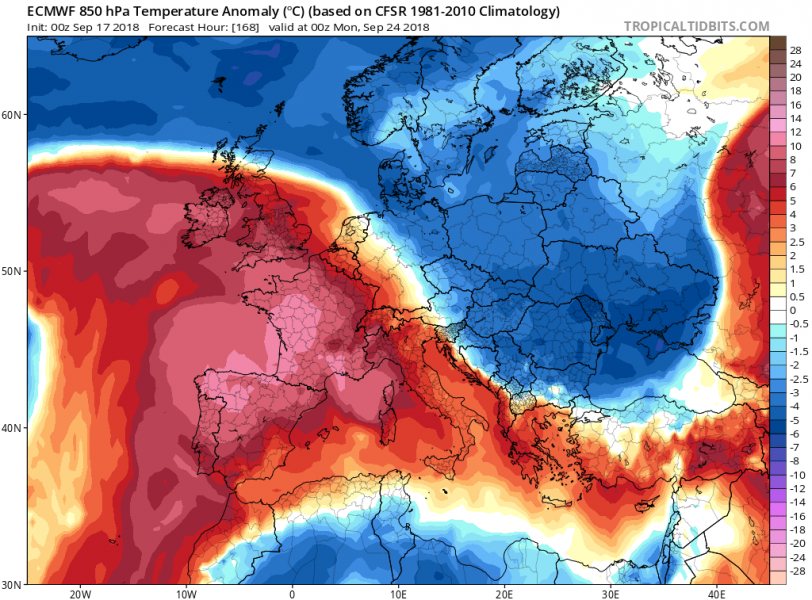 Trends for the next week seem to support ridging over the western half and troughs over the eastern half of Europe. Overall, at least the next 5 days will be much warmer than average for much of Europe. Peak afternoon temperatures should reach hot day threshold (30 °C) in parts of south, south-west, south-east and central Europe. 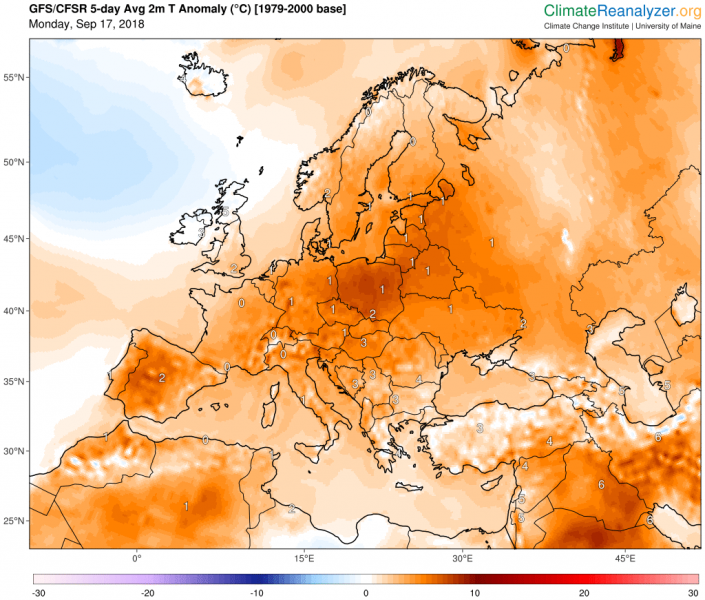 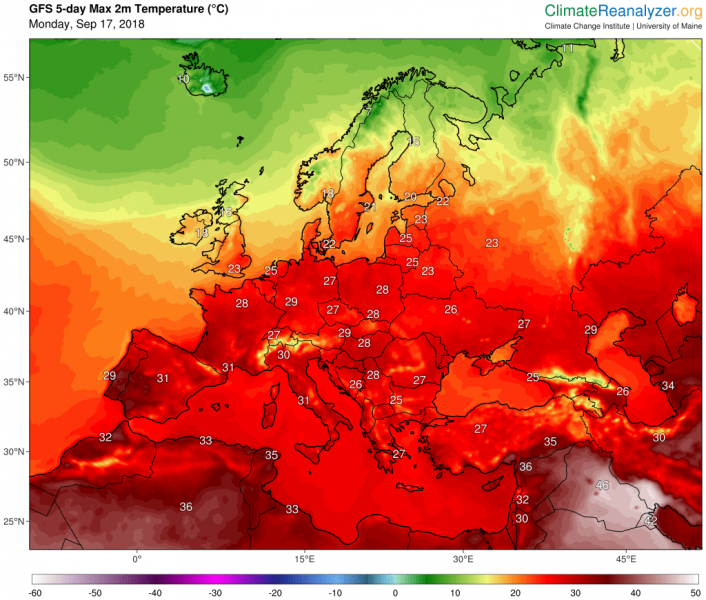 We will have further updates on the pattern evolution on the separate systems evolving through the week – stay tuned!