JAMSTEC is the Japan Agency for Marine-Earth Science and Technology. It is engaged in a variety of research and development activities as one of Japan’s research institutes, covering a broad spectrum of marine and atmosphere science and technology.

Aside from researching marine life and the circle of life, they also produce their own long range weather forecasts. Their long range modelling system is called Sintex-F.

There are no pressure forecasts available from JAMSTEC, so we will focus on the very basic maps, temperature and precipitation anomalies.

One of the most used long range parameters is of course the 2-meter temperature anomaly forecast, also simply referred to as the surface temperature forecast. It is the main forecast to tell us what to expect in terms of temperatures (warmer/colder). The temperature forecast from JAMSTEC is very interesting. It is unlike any other long range forecast we have seen. The colder air over east USA and west Europe, hints at two distinct low pressure areas, one over central Europe, and one over west Atlantic/east-southeast USA. This is so far the most optimistic winter forecast for Europe and east USA, since all other long range systems tend to focus average or colder conditions into parts of west/northwest USA only.

Looking at precipitation forecast, we have more precipitation over much of Europe, except for the southeast parts and UK. Such a scenario, combined with the temperature forecast above, would mean more snow for central Europe, especially the Alpine regions and northern Balkans. We don’t see colder temperatures over the Alpine/north Balkans region, but it is in the “war zone” between the cold and warm air, which usually drives the secondary cyclogenesis and brings snow to the region. In the USA, we have more precipitation over southeast parts and the east coast, which together with colder temperatures would indicate at above average snowfall.

To summarize, the JAMSTEC forecast from October is fascinating, since it is rather unique. It has colder temperatures over western Europe and east USA, combined with above average precipitation. That usually indicates at least average snowfall if not even above average. 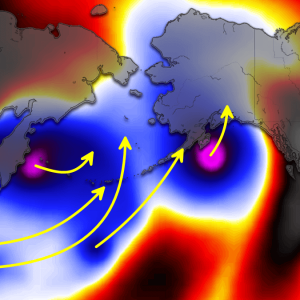 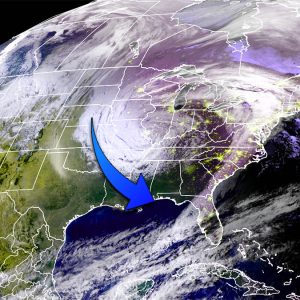