No rest for the North Pacific even this week, active pattern continues. Another wave ejected from northeast Asia last night and develop a quite small but intense surface cyclone. Is it moving east towards the Aleutian Islands and North Pacific through Wednesday and Thursday.

Cyclone has been analyzed as 974 mbar system at 18 UTC today, Feb 4th with developed hurricane-force winds on its southwest side. It is likely near its mature stage and will continue drifting east tomorrow while slowly growing its size. 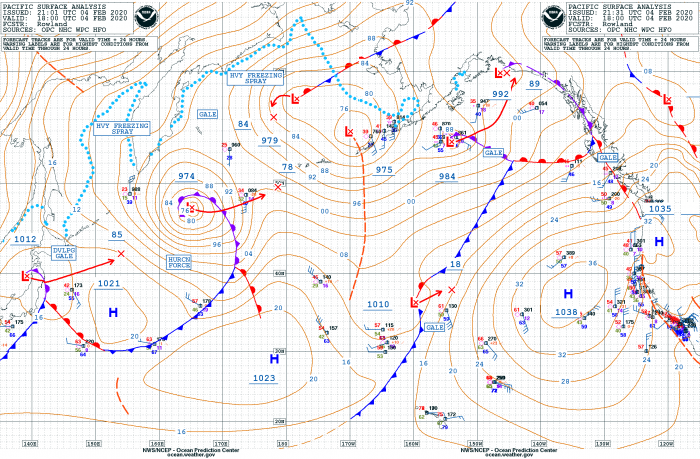 Satellite image reveals quite an impressive cyclonic structure with a well-defined dry intrusion wrapping into the core. Cyclone even has an ‘eye’ feature in the center. 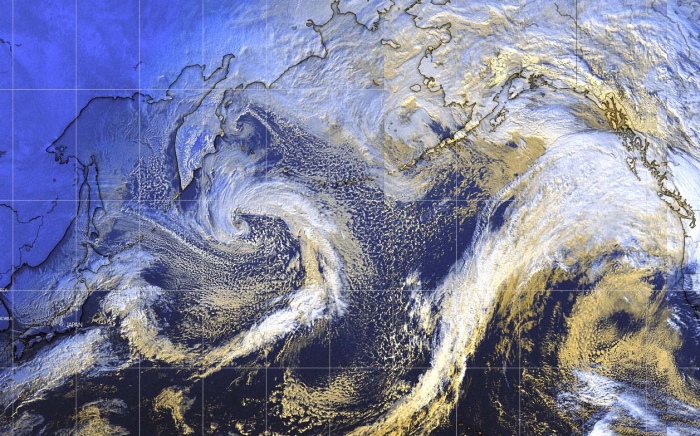 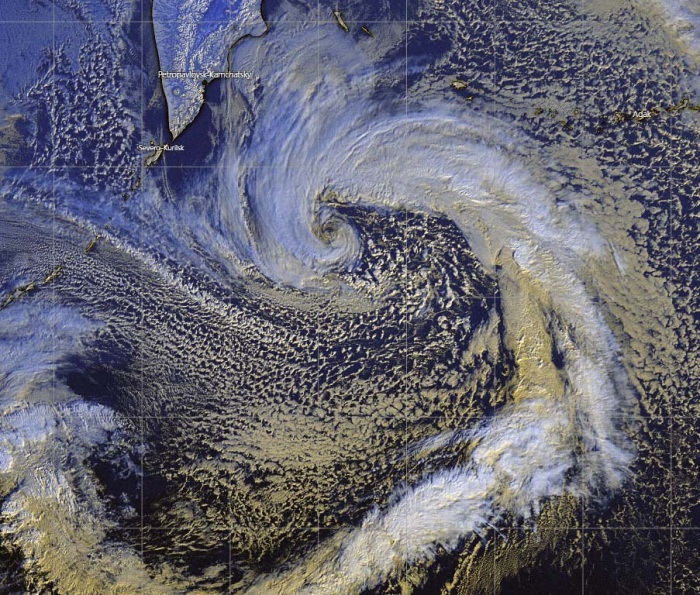 The system will likely reach its peak tonight, near 970 mbar. With its progress further east on Wednesday, it will remain organized anf become bigger but the rising pressure will gradually weaken its wind field with time. 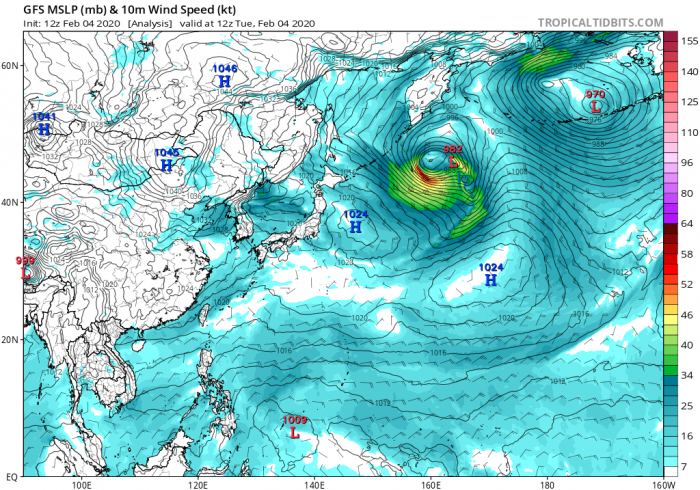 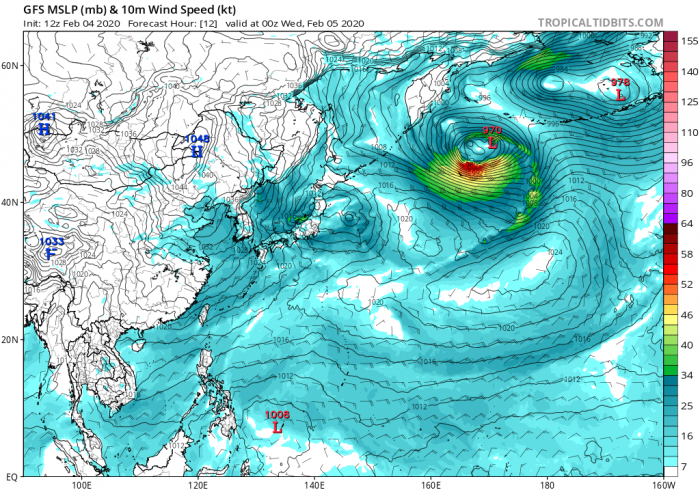 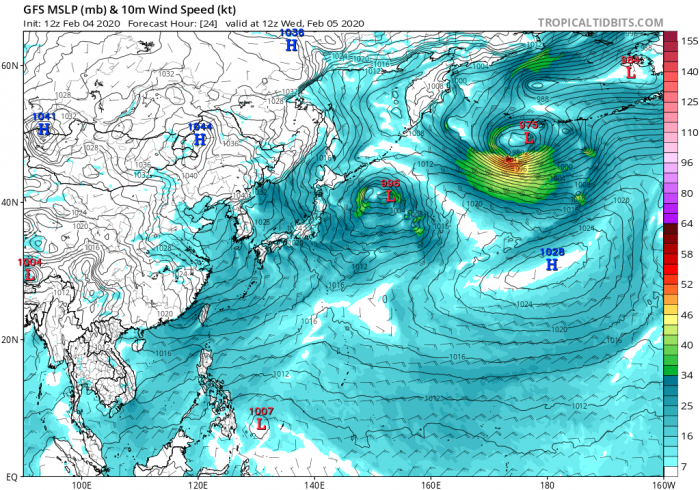 A new violent and rapidly deepening extra-tropical cyclone over the North Pacific, dominating the whole region this weekend

A new violent and rapidly deepening extra-tropical cyclone over the North Pacific, dominating the whole region this weekend