Polar vortex covers a large part of the Northern hemisphere. It starts on the ground, and goes all the way up high into the stratosphere, reaching above 50km altitude. 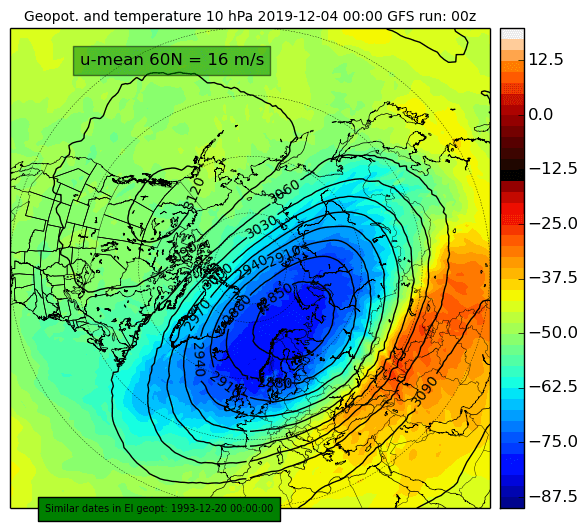 Below we can see the current state of the tropospheric polar vortex at the 500mb level (4-6km altitude). There are many different high and low pressure systems across the hemisphere. The true cores of the tropospheric polar vortex are usually the strongest individual lows found near the polar regions. The strongest “core” of the polar vortex would be the low pressure system over Canada/Greenland. We can see a very strong ridge (high) building in the North Pacific, that will play a key role in what is to come. 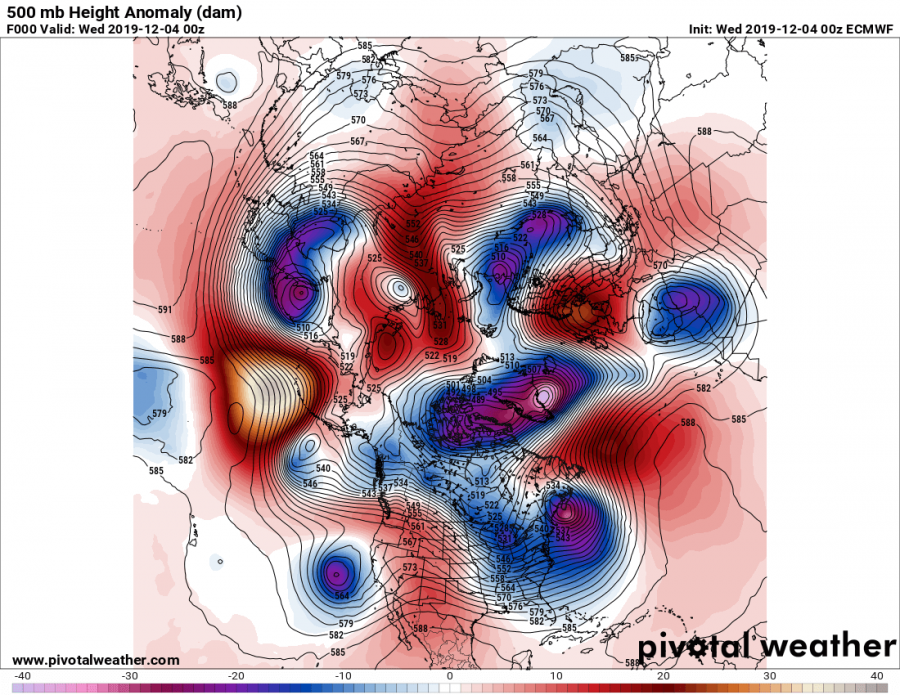 In about 5 days, the ridge from the Pacific will move closer to the west coast of the United States, climbing towards the Arctic. That, interacting with the deep low over NE Canada, will create a strong northerly flow from the polar region directly into the United States across Canada. On the European side, the low pressure system will deepen, transitioning the main core of the polar vortex towards the Scandinavian sector. Cooling is expected in Europe during this transition, with the passage of a cold front over the continent. 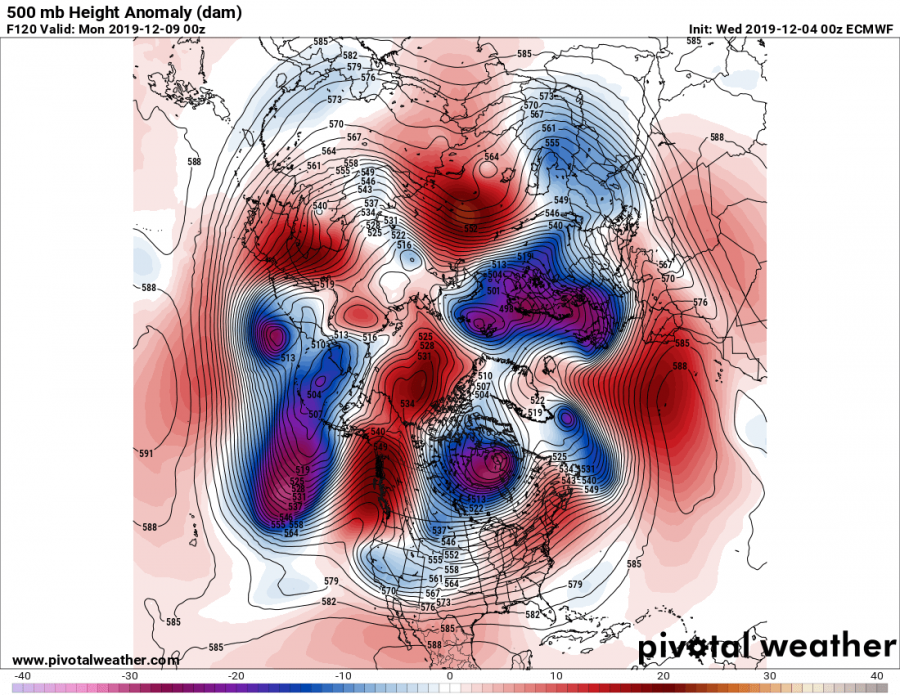 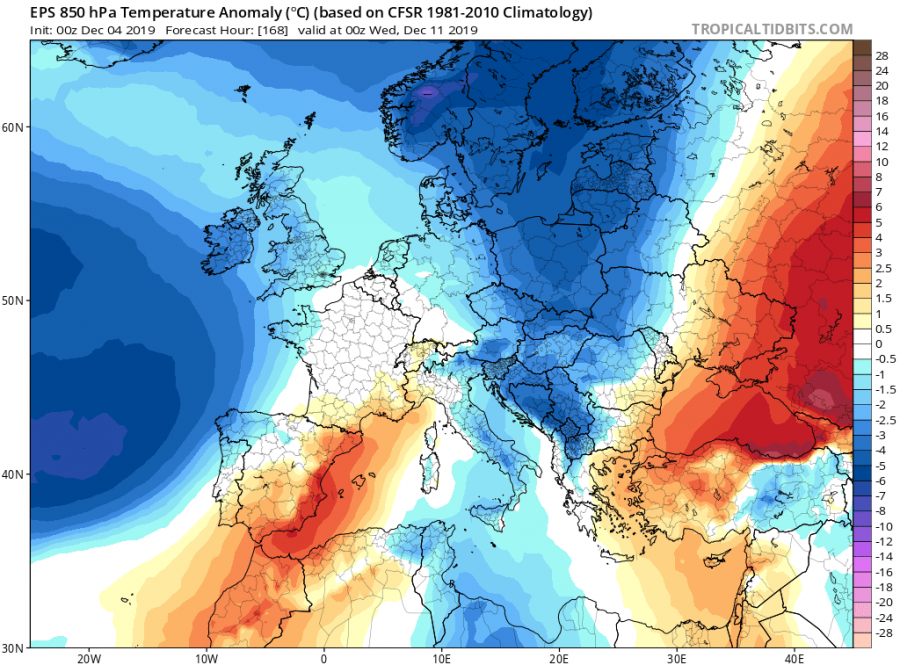 Over North America, the rising ridge and the polar vortex core, will join forces, initiating strong air mass transport from the North. Brutally cold Arctic air will flow down into the north-central US mid-next week. Current forecast indicates that air temperature could drop as low as -25°C, in some places even down to -30°C! Over the border in Canada, temperatures will be even lower. This is an unusually strong cold air outbreak for early December, so its development will be closely monitored. 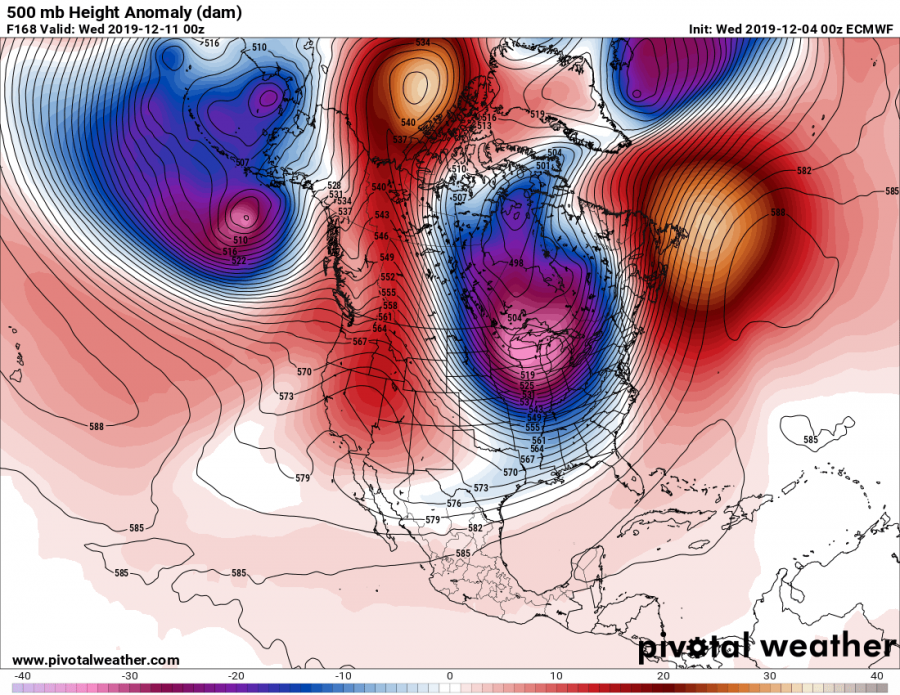 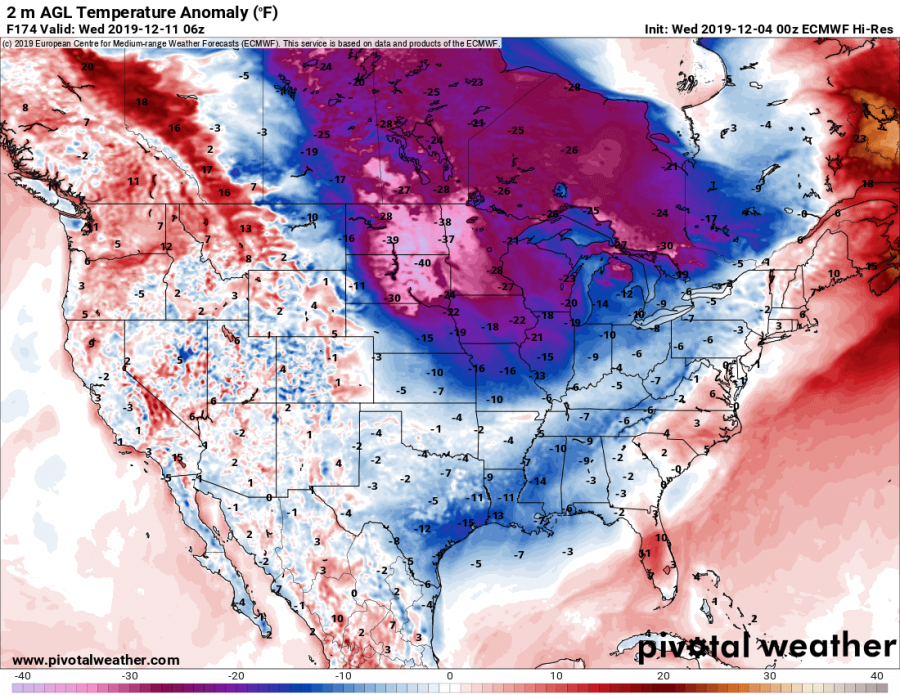 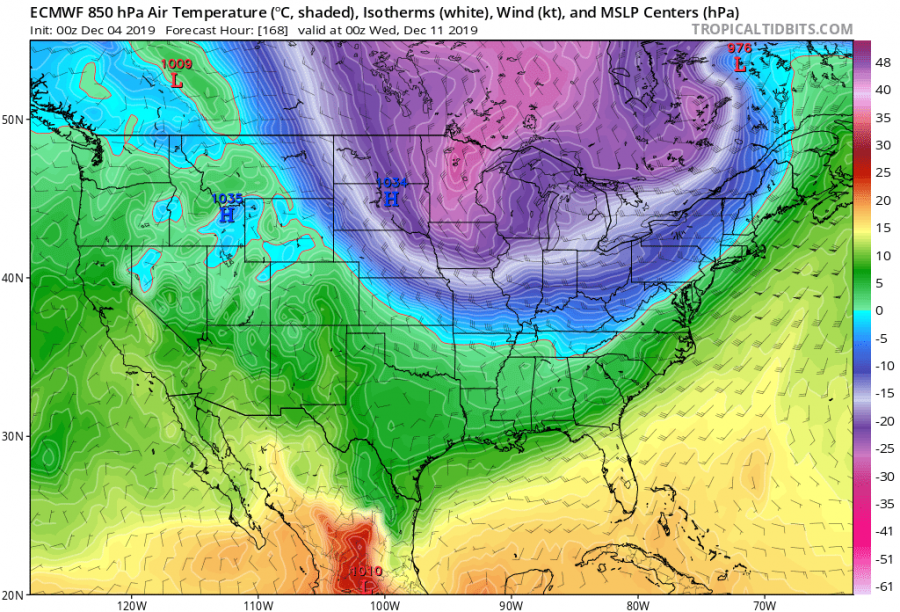 We will keep you updated on any important further development. While you wait for more updates, make sure to check out the full 365-day animation of Atlantic ocean currents, seasonal cooling and warming, and tropical systems leaving cold trails in the warm tropical waters: