A very rare event occurred over the state of Kansas, the United States yesterday, Feb 25th – an exceptional narrow snow band extending across the state from northwest to southeast with sharp boundary of very deep snow within the band and basically no snow off its edges! The snow accumulation within this band was 8-13 inches (20-35 cm) across part of Lincoln County while some parts of this county had no snow accumulation at all. The snow band was extending more than 150 miles across north-central Kansas.

Here is some impressive satellite imagery over central Plains today during daylight, the snow band is perfectly visible shinning out: 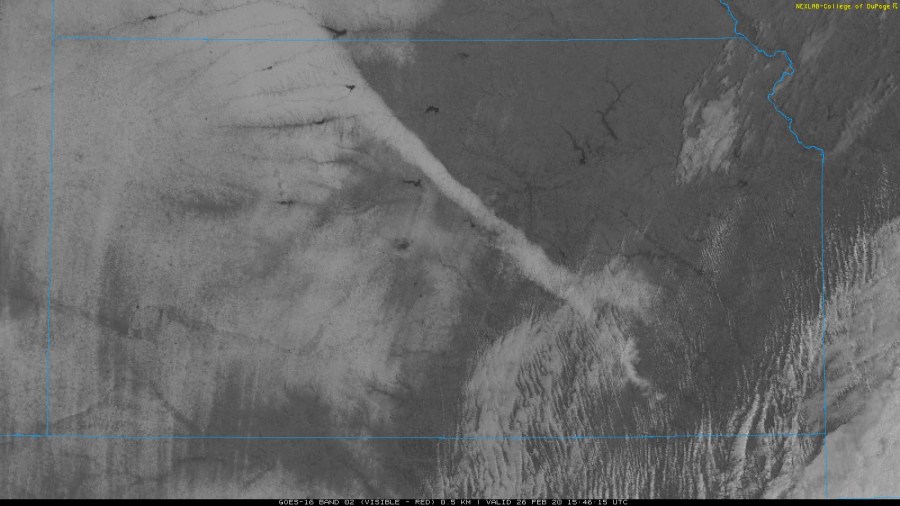 Radar scan of the convective snow band while it was the most intense over northern Kansas on Feb 25th early morning hours:

Here is the aerial view of the snow back, pretty spectacular!

Figured @KATVToddYak would like this. Very cool snow storm track in Kansas. pic.twitter.com/Ym8InbMQBA

A very narrow but also intense band of snow developed before sunrise on Feb 25th (local time) and persisted nearly stationary for several hours. It maintained towards southeast along the same instability axis during the daytime. The radar revealed the snowfall rates of 2-4″ per hour at times. The snow band was about 8-12 miles wide across and extending more than 150 miles from west of Osborne (North Kansas) to just north of El Dorado (southeast Kansas). On both sides of the band, very little or no snow accumulation has been observed. 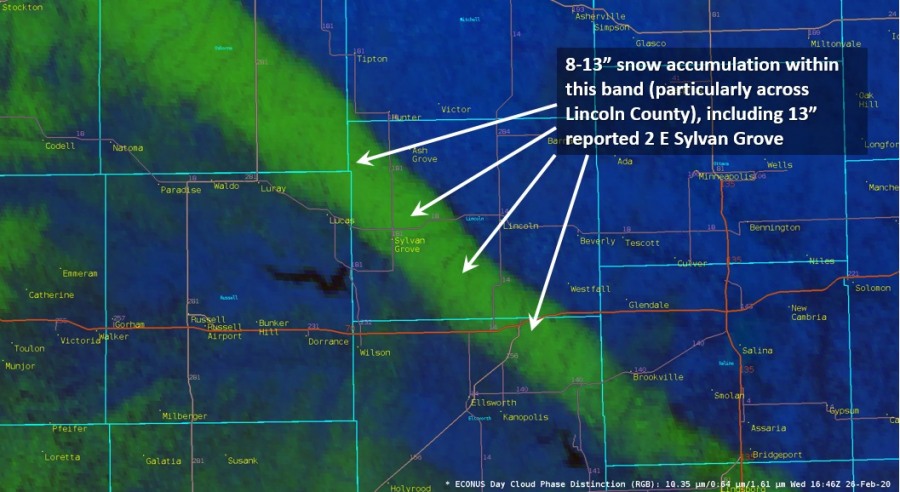 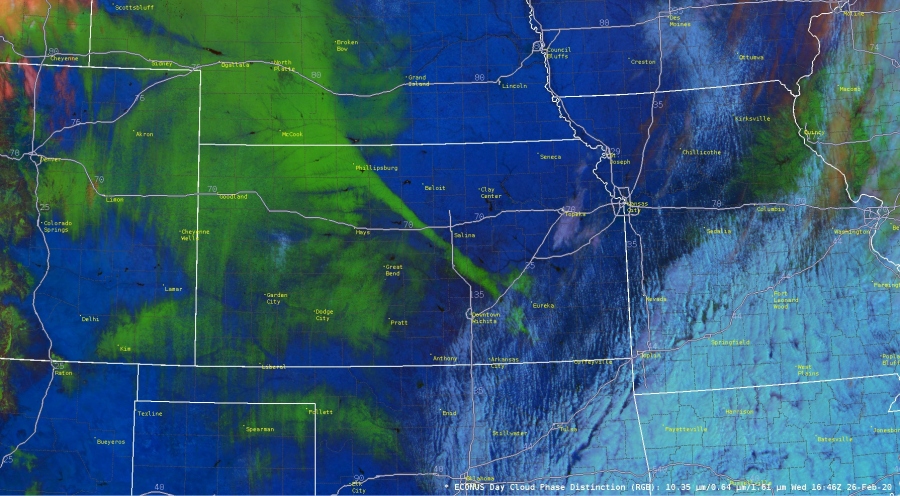 See also the ongoing Arctic outbreak across the United States and its effects until the weekend:

Extremely dangerous lake-effect snowfall with up to 4 feet (120 cm) of snow is expected across the Tug Hill Plateau, New York state (USA) until Saturday