Here is something positive from the #coronavirus outbreak and the national lockdown – for the first time in decades, residents of northern India and Pakistan plains are reporting they can see the distant snow-capped Himalayas. At a distance of 150-200 km. Yes, although it might sound unreal for some, this is an exceptional and rare event! With the worldwide spread of coronavirus, many countries including India made a very robust national lockdown to prevent the virus spread. This lead into a very significant decline of air pollutants (such as NO^2 and PM10) and clearing the skies.

New Article about nitrogen dioxide decline around the world:

As it has happened in many other countries around the world, the industries in India have been shut down for weeks, millions of people are in a quarantine which puts much less cars and transportation on the roads and highways. And indeed also a much less air traffic ongoing aloft. All this together brought a much more clear skies with a sharp decline in air pollutants – in other words, visibility has improved! Pollution across northern India has declined for more than 40% over the last few weeks.

Much clearer air in the cities of northern India – e.g. Jalandhar district (Punjab state), and also in northeastern Pakistan has brought an unprecedented sight for many residents – the 200 km distant Himalayas have become visible. For the first time in the past 30 years! Note that India has more than 20 cities (out of Top 30 in the world) extremely polluted, so seeing the distant mountains was impossible until now. Many residents were impressed and even shocked by the look over the snow-capped mountains. 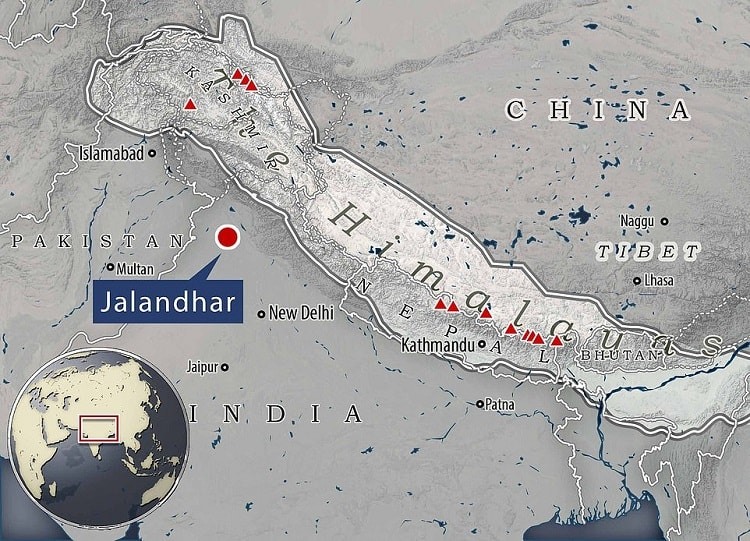 Here are a couple of reports from Indian residents, imagine their joy and mesmerizing feelings watching the mountains in much better air for the first time in decades:

The Himalayas are visible over 125 miles away in Jalandhar district of Punjab for the first time in 30 years.

Pollution in India improved by 33% amid the 21-day Covid-19 lockdown since 22 March, which means fewer cars on roads and many businesses suspending operations pic.twitter.com/CgZMuwRUOa

Himalaya mountains can be seen from Jalandhar since pollution has reduced in Punjab. Beautiful sight 😍#punjab #COVID19 #pollution pic.twitter.com/iZy7hwxX9R

A picture captured today from sialkot LOC . Kashmir mountains. This kind of clear we are seeing after around more than 30 years pic.twitter.com/67KVRNJTOr

The lockdown in India (and indeed globally) continues for several weeks now, so air pollution will remain at much lower levels than normally also in the near future. This is at least some positive news from this rapid spread of the pandemic outbreak.