Bring back your winter clothes! Winter and very cold weather will soon be back across a large part of United States after this weekend. An establishing pattern will develop an intense Arctic cold outbreak from Canada far south into much of the CONUS after Sunday. Temperatures will plunge down below 20 °F across the the northern half of the US, with extreme temperature anomaly – more than 30 degrees F colder than normal for mid April!

A rather classic pattern develops over the North American continent, a strong upper-level ridge takes place over the North Pacific with a deepening trough to its east over Canada. Upper trough digs south into the United States and develops a powerful cold blast across the country: 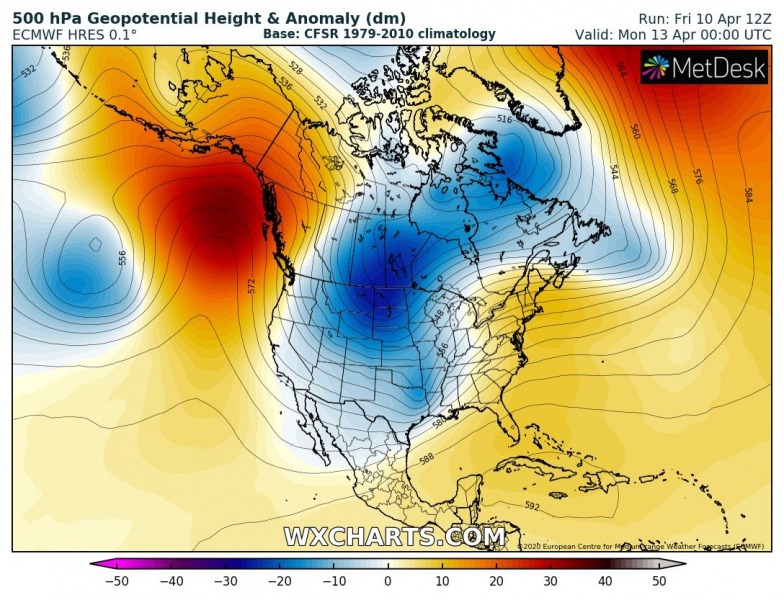 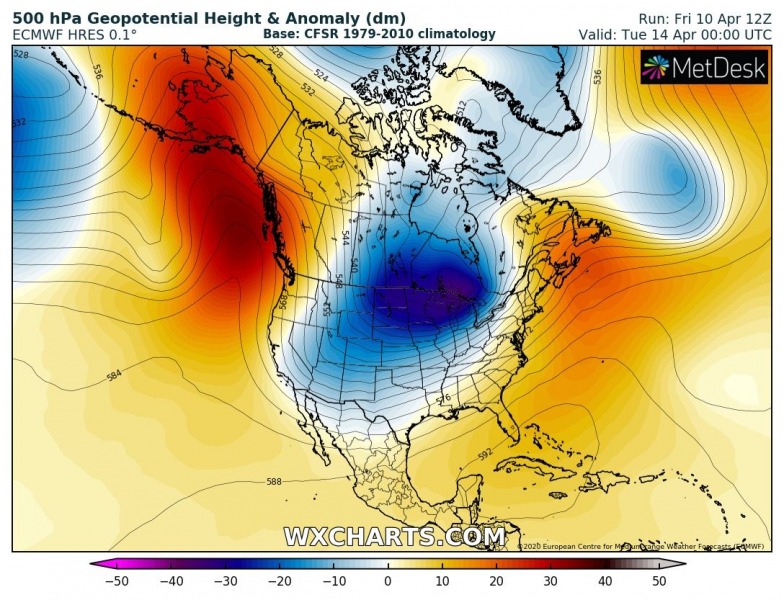 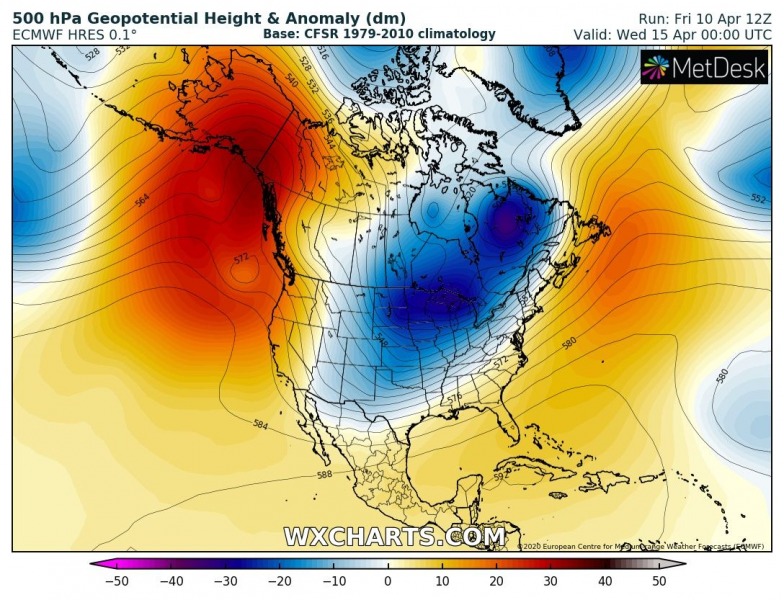 Attached are 2 m temperatures and related anomalies from Sunday through Tuesday – a very cold period establishes across much of the US, likely resulting in destructive frosts in some regions as growth season has already started. The very large and intense cold pool will probably extend into mid week: 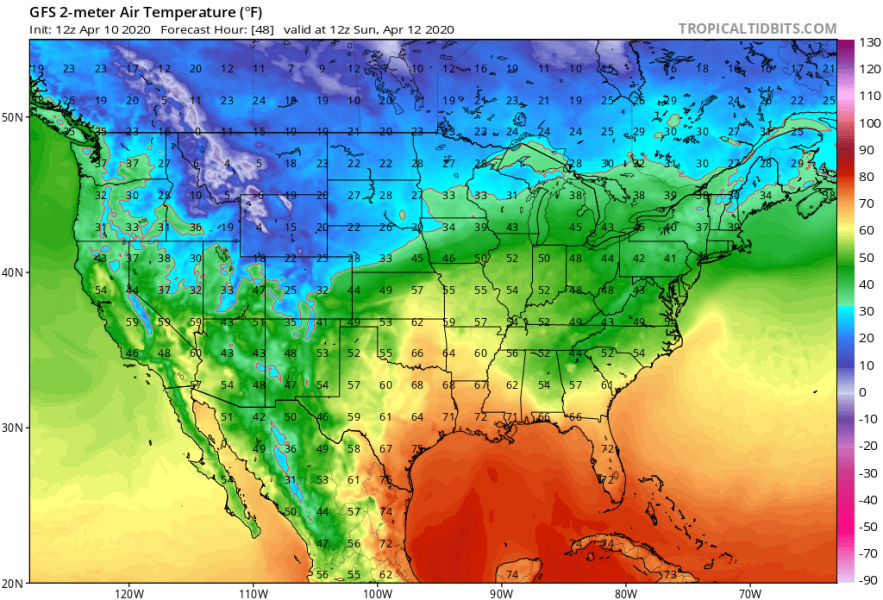 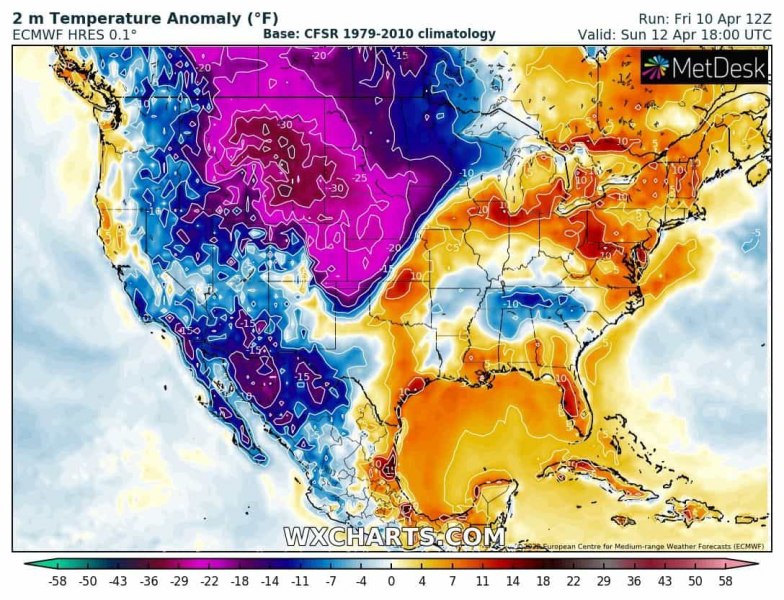 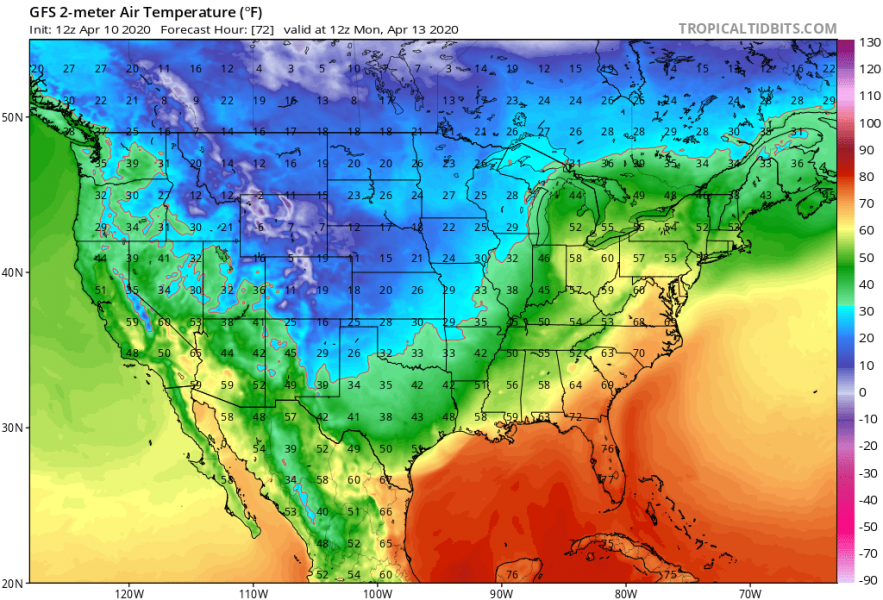 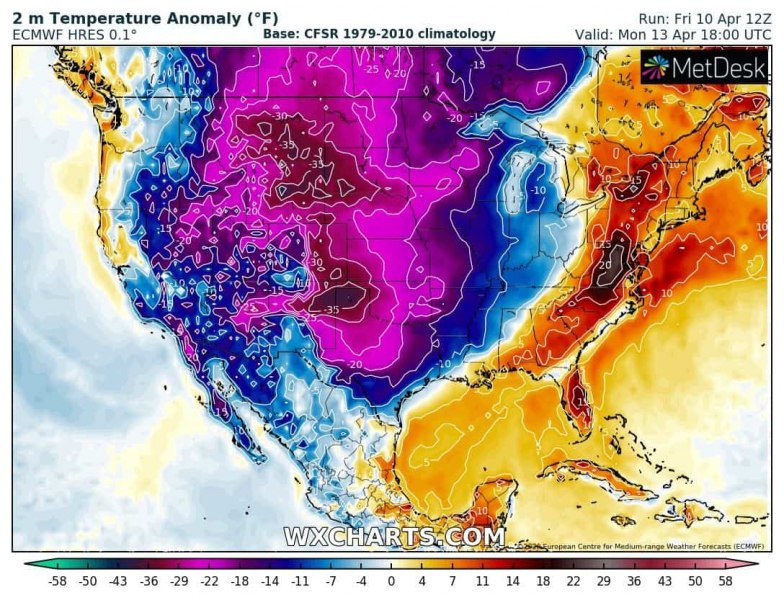 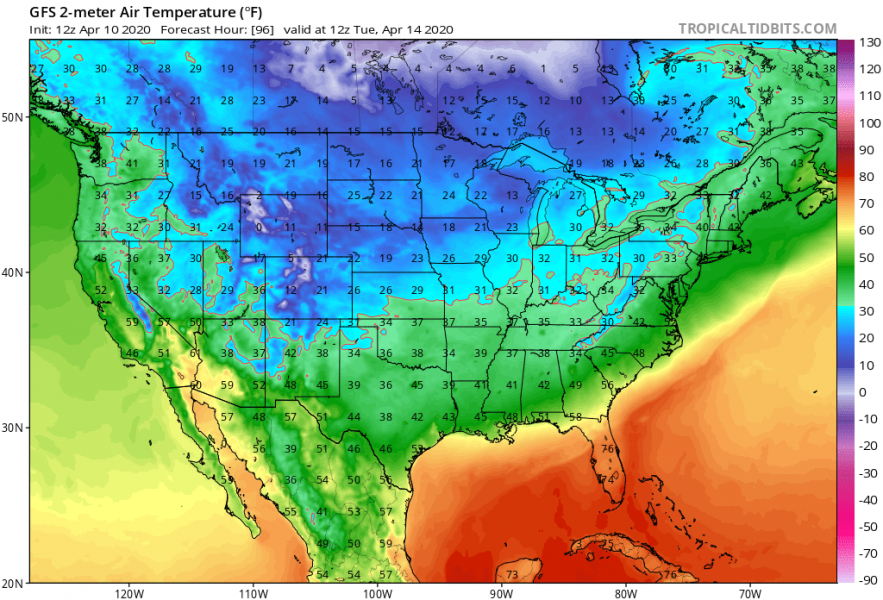 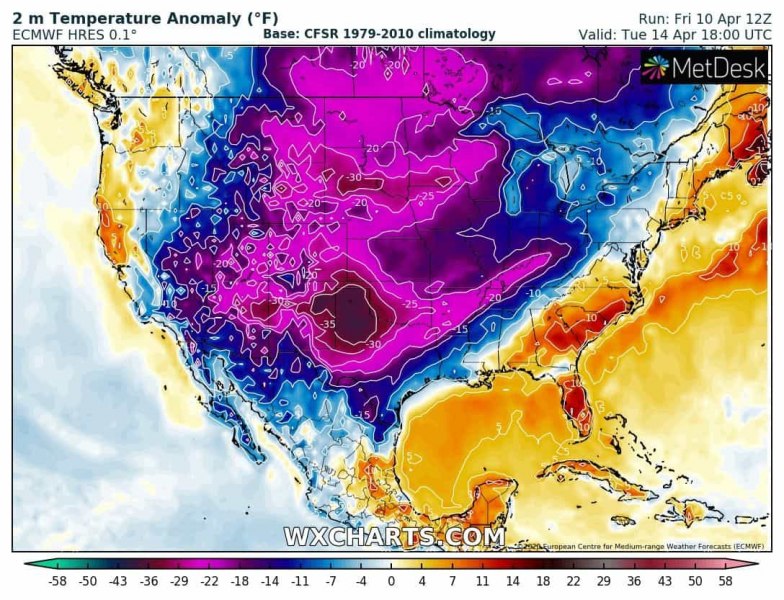 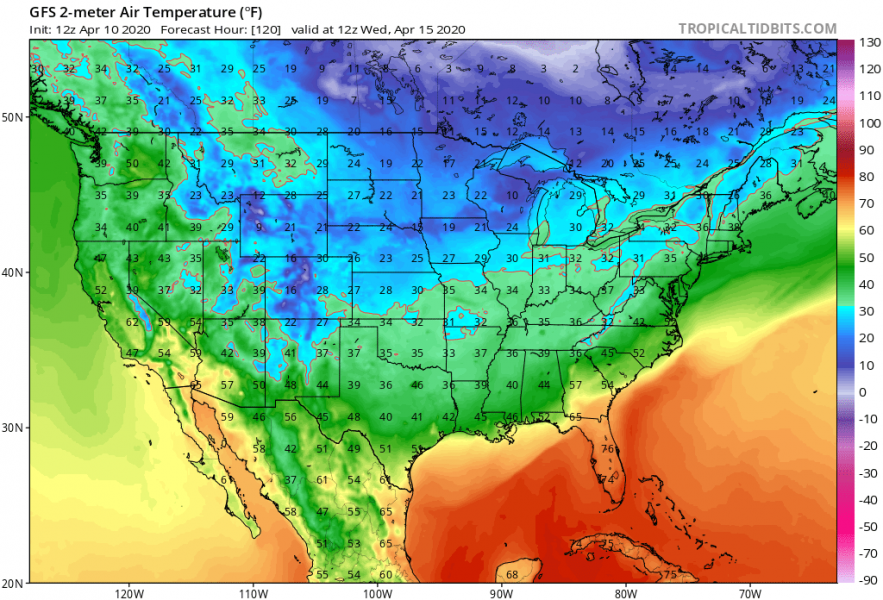 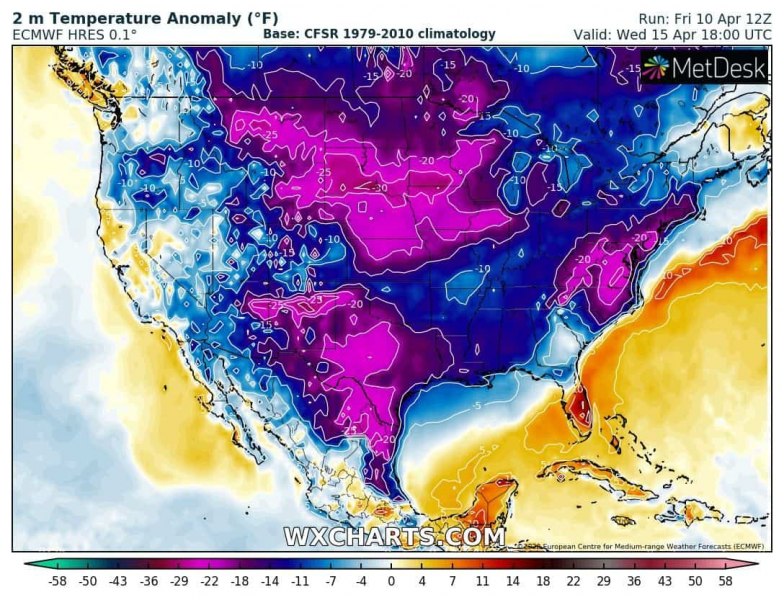 Quite some fresh snow will be possible across the northern High Plains and part of the Midwest into Great Lakes region, along the main Arctic front advecting south. 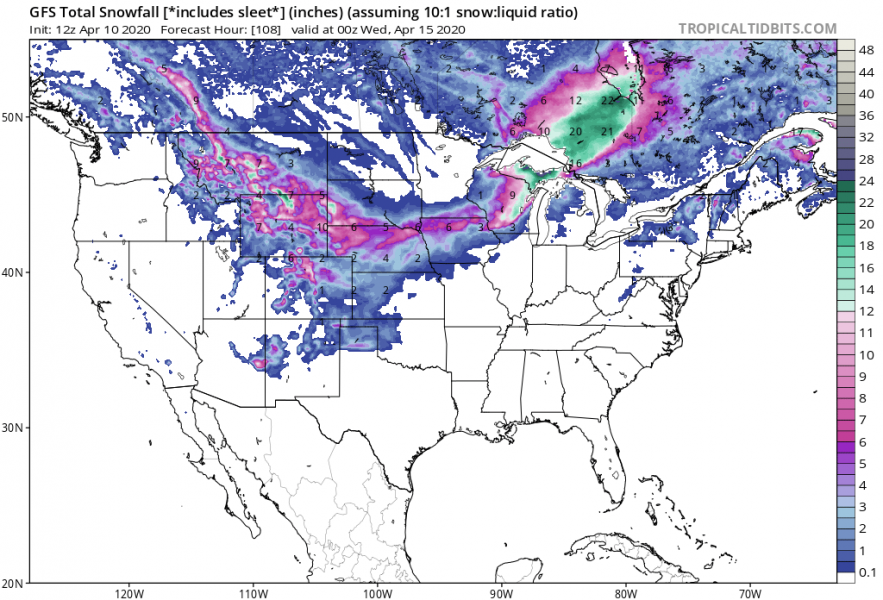 This powerful upper trough will also develop a particularly dangerous situation across the Southeast US on Sunday – a widespread tornado outbreak is likely to occur: