Huge wildfires are scorching parts of the state of California. Soon after the extreme heatwave in the western United States, the fires have started in California. They exploded in the last days as weather conditions significantly worsened. Currently, there are more than 600 active fires ongoing.

At least six people have died and thousands of others have been forced to flee their homes. Thick smoke and haze have left residents on the edge.

Widespread and intense wildfires like this August are remarkable so early in the fire season in California. Typically, the fires become the largest through September and October when stronger dry winds arrive.

US President Trump has declared a major disaster in the area affected. It seems that there is no end in sight, fires are still not under control.

The smoke cloud spreads across North America and North Atlantic

The smoke cloud is spreading across North America, including both the United States and southern Canada. Impressively, the smoke cloud has already reached the North Atlantic.

The forecast graphics show the plume of Carbon Monoxide spreading across the United States and Canada this week. What makes it even more impressive is that the smoke has spread also over the North Atlantic and is now pushed towards Europe.

However, the smoke might not be seen anymore at this distance. But the particles can still reach very long distances, only visible with instrumentation.

Attached is the visible satellite view of the active fires mainly across southern California last week, August 19th. The thick and huge smoke cloud was pushed towards the south and southwest with prevailing winds on that day. 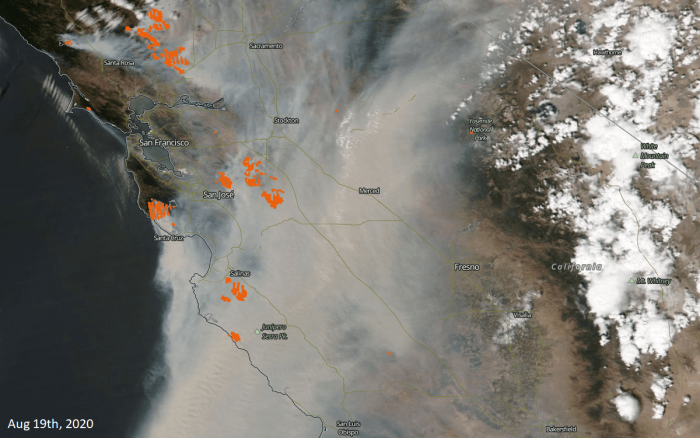 Deadly wildfires have already burned more than 1 million acres – more than 1500 square miles or 4000 square kilometers. A president of the California firefighter’s union, Tim Edwards, said the fires this year are much worse than in previous years.

Fires were often started by lightning strikes. Dry thunderstorms are accompanied by dangerous lightning but only very little rain. These bolts can strike far away from the cores and affect dry areas where rain is not even falling.

So the fires can easily start there. The number of wildfires in Northern California has exploded in size this last Friday. Thanks to thousands of lightning strikes recorded by the national lightning network in the region, igniting new fires. 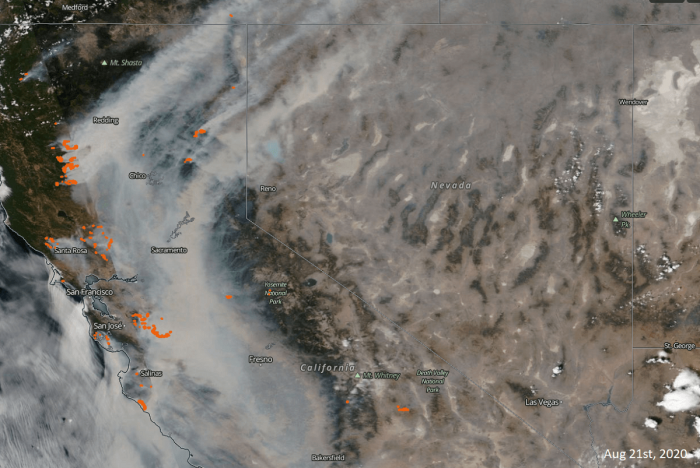 These fires forcing thousands to flee and destroying hundreds of homes and other structures. Most of the damage has been done by three clusters of fire, named ‘complexes’. Especially through the wild forest and rural areas in the San Francisco Bay Area.

More than 13.000 firefighters are battling wildfires

More than 12,000 firefighters, both ground crews with help by helicopters and air tankers are fighting the wildfires across the state of California. International crews with additional resources came to help. Despite the good assistance, the fires are still far from getting under control.

There could be more fires in the future

These repeatedly catastrophic wildfires across California are a result of much higher temperatures in the past year. And with the likelihood of increasing in the future, things could be even worse.

High temperatures dry out the vegetation even harder than ever before, priming it to ignite intensely when conditions are right. With long and dry summers, the conditions result in extremely arid fall months.

This year, after an extremely dry winter in Northern California, conditions have significantly worsened in the summer. Unfortunately, these wildfires were just a matter of time to happen. 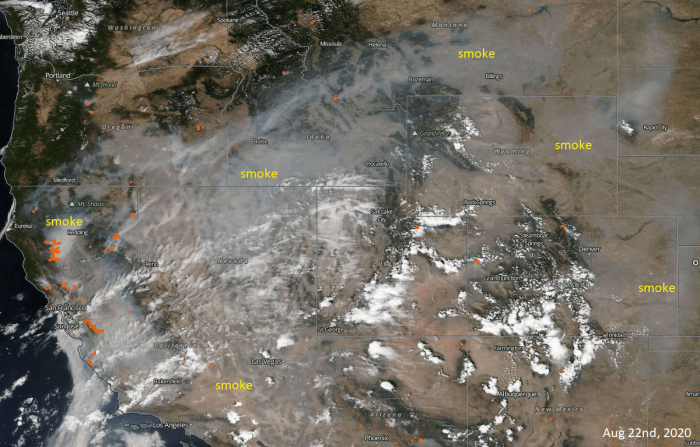 The National Weather Service has issued a ‘red flag’ warning for the Bay Area and the central coast of California. This means extreme fire conditions, including high temperatures, low humidity, and wind gusts up to 65 mph are expected. Those could result in dangerous and unpredictable fire behavior. 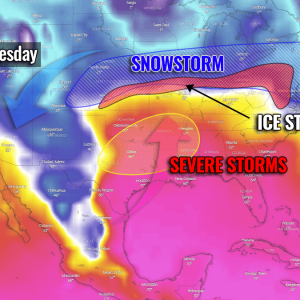 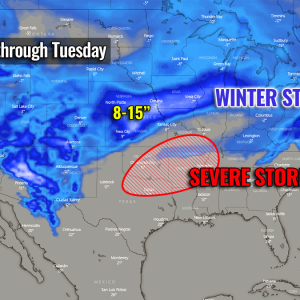