We are witnessing one of the most devastating fire seasons in Australia. The fires have gotten so intense, that the smoke cloud can be seen from space, as it is circling the South Hemisphere! The wildfires are a result of an unusually hot and dry summer, and it does not seem to be ending soon.

The large smoke cloud from the fires has reached New Zealand, coloring the sky into yellow hues. The fires are intense enough to cumulate the smoke into a single dense cloud, which is carried east by the prevailing winds. The image below from NASA SuomiNPP satellite shows the fire hotspots in east Australia and the large smoke clouds moving east over New Zealand, which can be easily seen from space. 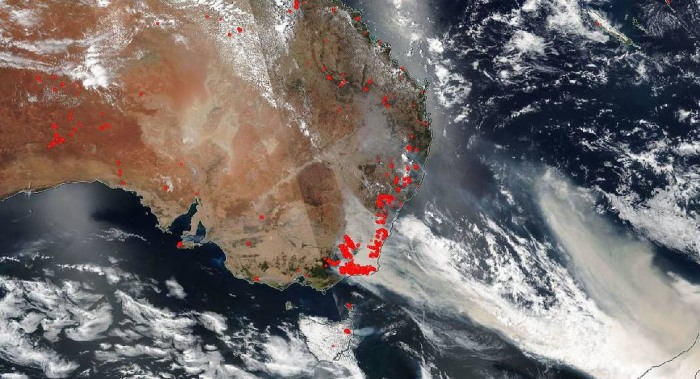 Using the atmospheric models, we can predict the winds in the atmosphere and the trajectory of these smoke clouds. One such model which does this by default is the GEOS-5 model from NASA. It calculates the density of black carbon, which is essentially a product from burning fossil fuels and biomass like forests. Black carbon particles are very small and light and travel easily along with the winds, so we can nicely model the movement of the smoke clouds. 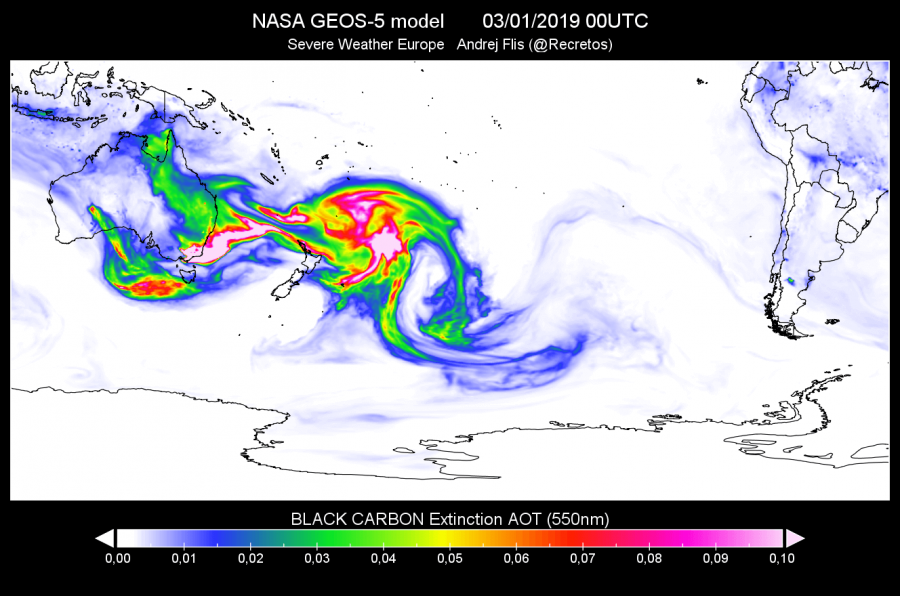 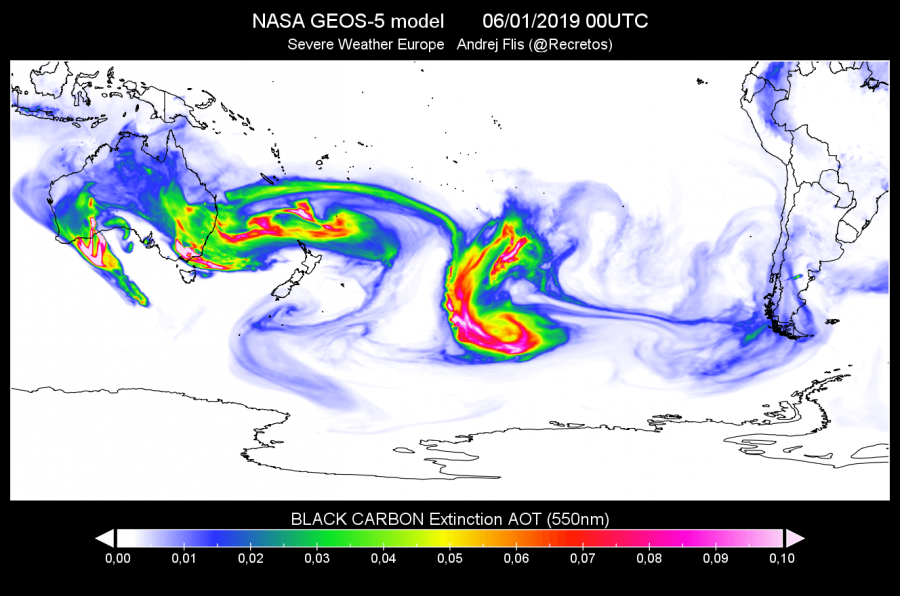 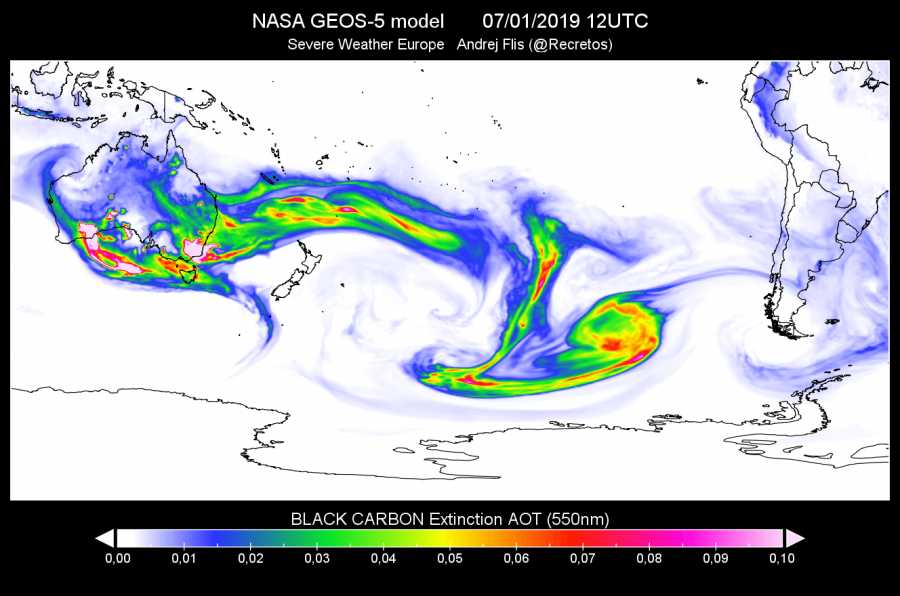 The full high-resolution animation sequence below, shows the scary extent of the fires and the large smoke clouds that are being generated. The total size of the smoke cloud that travels across the hemisphere is larger than the area of the continental United States. The cloud easily travels over 12.000km in distance, into the Atlantic Ocean, before it reduces in concentration and is slowly dispelled by the wind currents.

Here's an animation of images from the Himawari 8 Satellite where you can see red smoke rising from the area of NSW. These fires are massive enough to be seen from synchronous orbit. pic.twitter.com/Mir4VC9oUM

Some impressions of the #AustralianFires as seen by the @CopernicusEU #Sentinel2 satellite earlier today.

These pictures show the area around Melbourne, lots of smoke and some new fires too. Another very difficult day for Australia. pic.twitter.com/1ChVhQais5

For more information on the strong fires in Australia, make sure to check out our complete info article: