Planet Earth never ceases to amaze us. Just when we think we know it all, new data and new studies are revealed, deepening the understanding of our planet. This time it amazes us with the discovery of the deepest canyon on land, reaching over 3.5km below sea level, under the Denman Glacier!

After gathering and analyzing data, NASA has released a new data set, which shows the true continent under the ice sheets of Antarctica. It is like taking away all the ice and water, to see what is hiding underneath. This data set is a part of the NASA “Making Earth System Data Records for Use in Research Environments” (MEaSUREs) program, and contains a bed topography/bathymetry map of Antarctica based on mass conservation, streamline diffusion, and other methods. This new data of the mountains, valleys, and canyons hidden under Antarctica’s ice, will help forecast future ice loss. The image below, produced by Andrej Flis, from the NASA/NSIDC data, shows the ancient Antarctic continent hiding under the ice. It shows how Antarctica would look like without any ice. 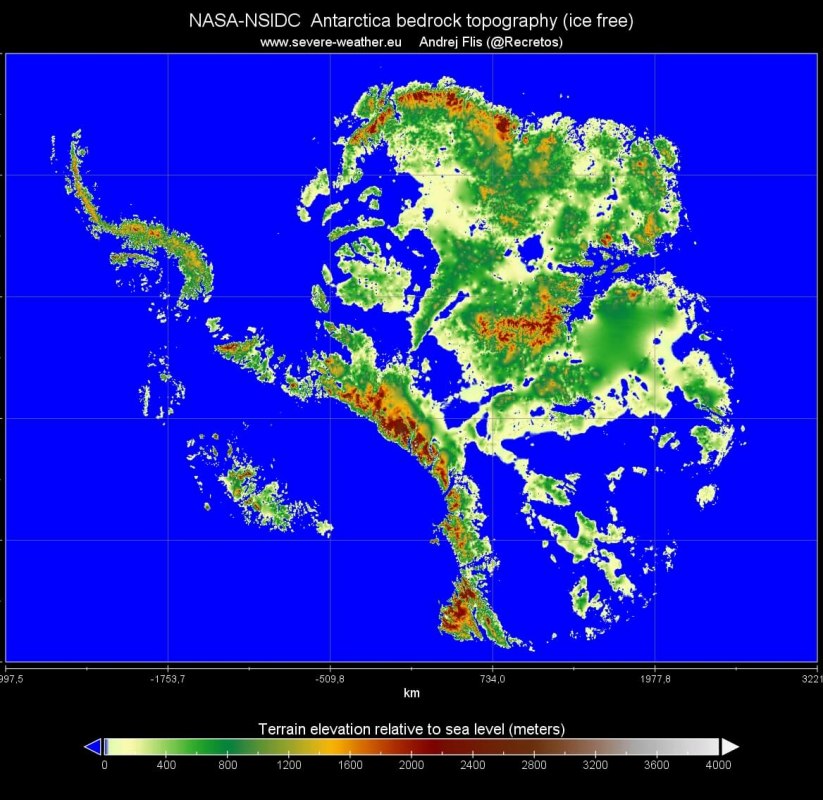 When the data analysis was complete, it revealed a surprising discovery. We have found the deepest land point on the entire Earth! It is well known that there are many deep trenches hiding deep down in the world’s oceans. But there are not many places on any of the continents that would go deep below the sea level. The deepest point was now found under the Denman Glacier, and it reaches stunningly a bit over 3.500 meters (11.000 feet) down below the sea level. It is basically a hole in the ground. That is way deeper than the Dead Sea, which is the lowest exposed region of land and sits at 432 meters (1.419 feet) below sea level. The deep canyon under the Denman Glacier is not exposed but is covered by a thick layer of ice. The image below, produced by SWE, shows the Antarctica bedrock topography without any ice, where we can see the various mountains and valleys, and deep canyons. The deep point under the Denman glacier is marked by the red square. 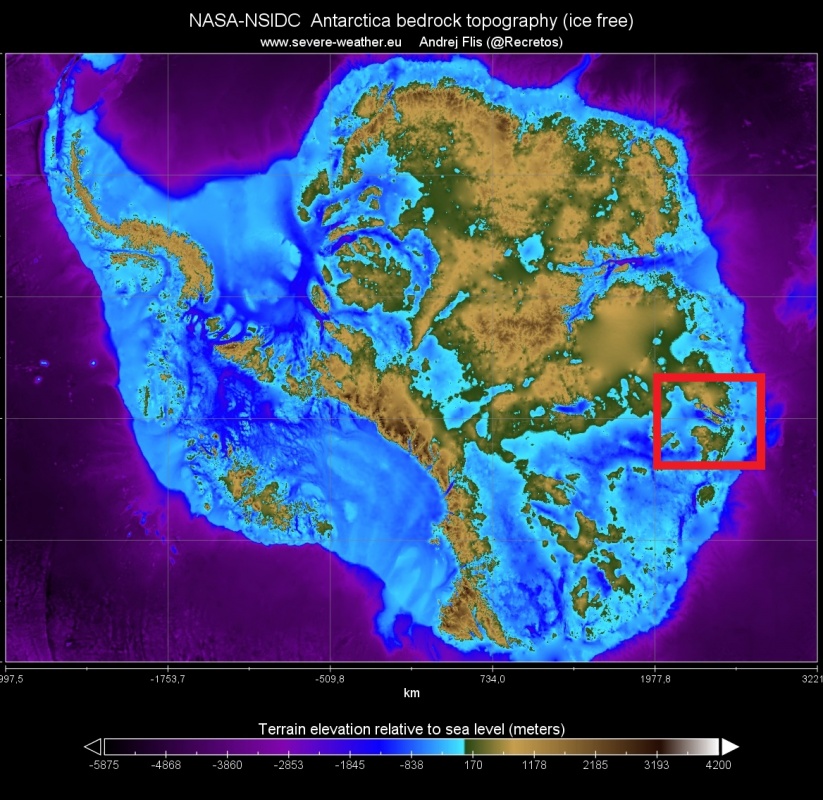 If we zoom in, we can see the shape of the canyon. It is around 20km wide and about 100km long. It is fully filled with ice. By studying how much ice flows through a narrow region (known as the Denman trough) each year, the researchers realized it must dive at least 11.000 feet (3.500 meters) below sea level to accommodate all the frozen water volume. 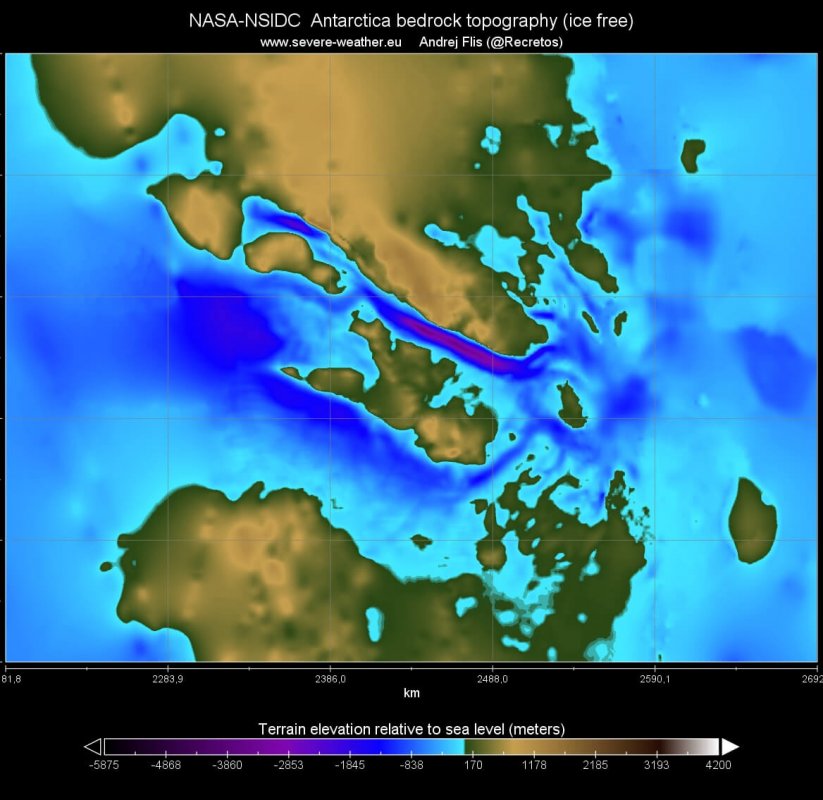 This new dataset from NASA also includes the thickness of the ice sheets over Antarctica. Calculated from the elevation of the ice cover, and the terrain beneath the ice, it shows how thick the ice cover really is. We can see that over the majority of Antarctica, the ice is over 2.5km thick, with a large area of ice thickness over 3km. The thickest ice cover is around 4.7km, and you can guess twice where it is. 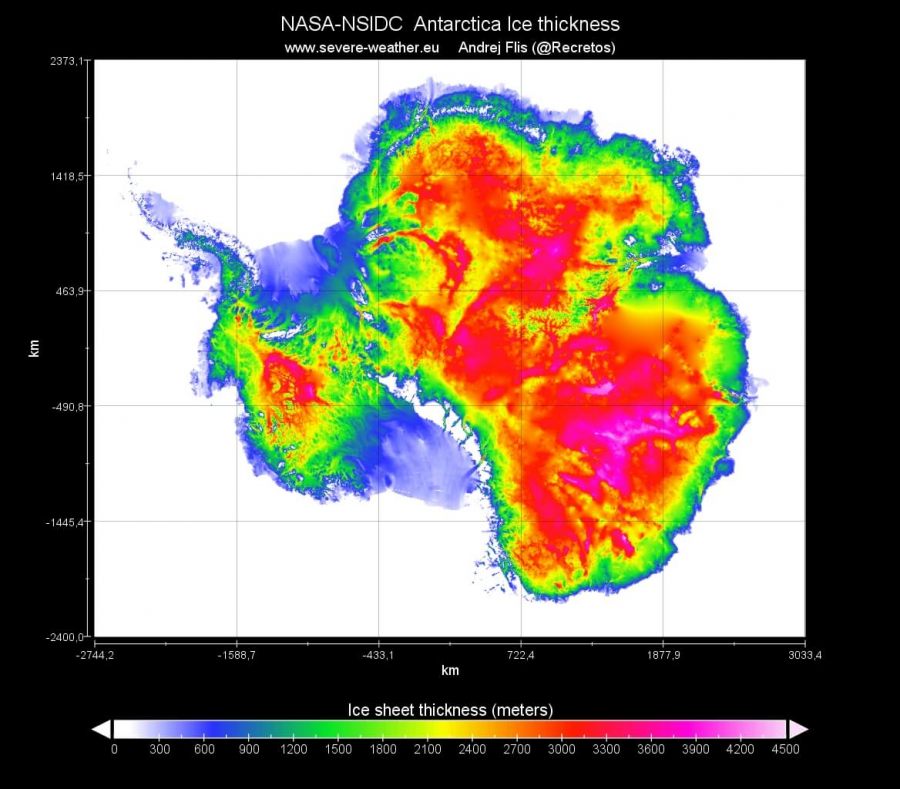 Zooming in again on the deep canyon under the Denman Glacier, we can see the thick ice cover, which is because of the depth of the canyon. It is 4.7km thick, and is the thickest ice cover in the entire Antarctica, in this new dataset. 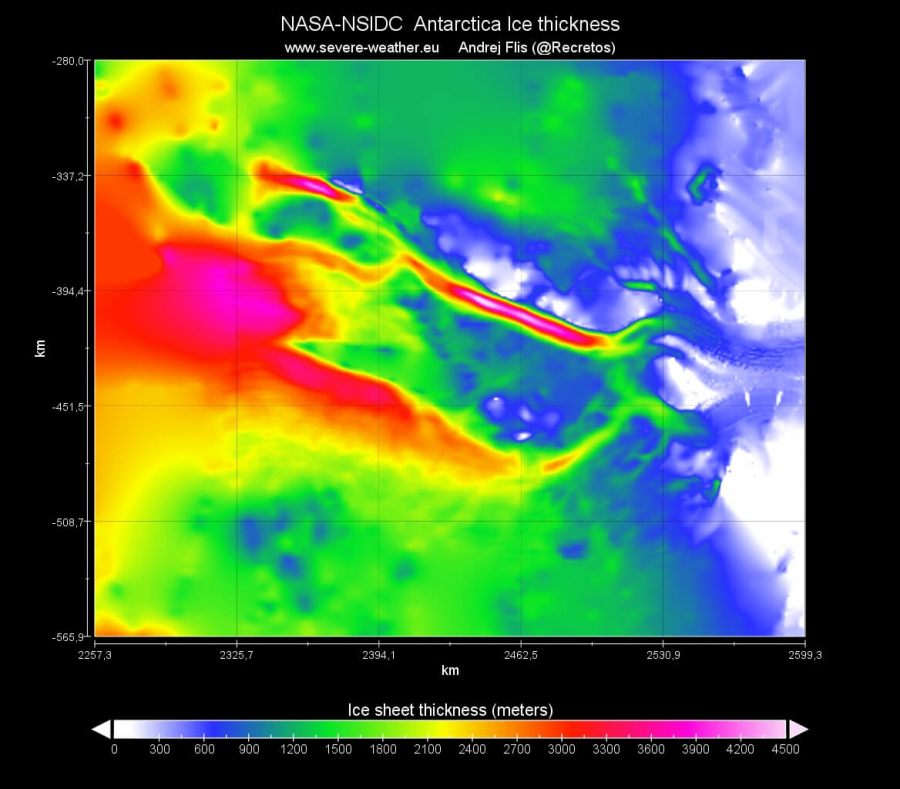 We have also produced a 3D model of the ice-free Antarctica, where you can see the various mountain ranges, and valleys and deep canyons.

The deepest point on continental Earth is under Denman Glacier in East Antarctica. This is one of the new findings to emerge from the BedMachine Antarctica project. Take a flight over Antarctica's bedrock! https://t.co/jqN7CqMTY1 #AGU19 pic.twitter.com/ZldVrVgSGJ

We will keep you updated on any important further development. While you wait for more updates, don’t miss the extreme heatwave that moved through Australia, with maximum temperatures up to 50°C (122°F):