Category 5 Hurricane Dorian is tracking across the northern Bahamas.It has weakened very slightly over the past several hours, but remains an extremely powerful hurricane. There is still uncertainty on the effects it will bring to Florida as it approaches. 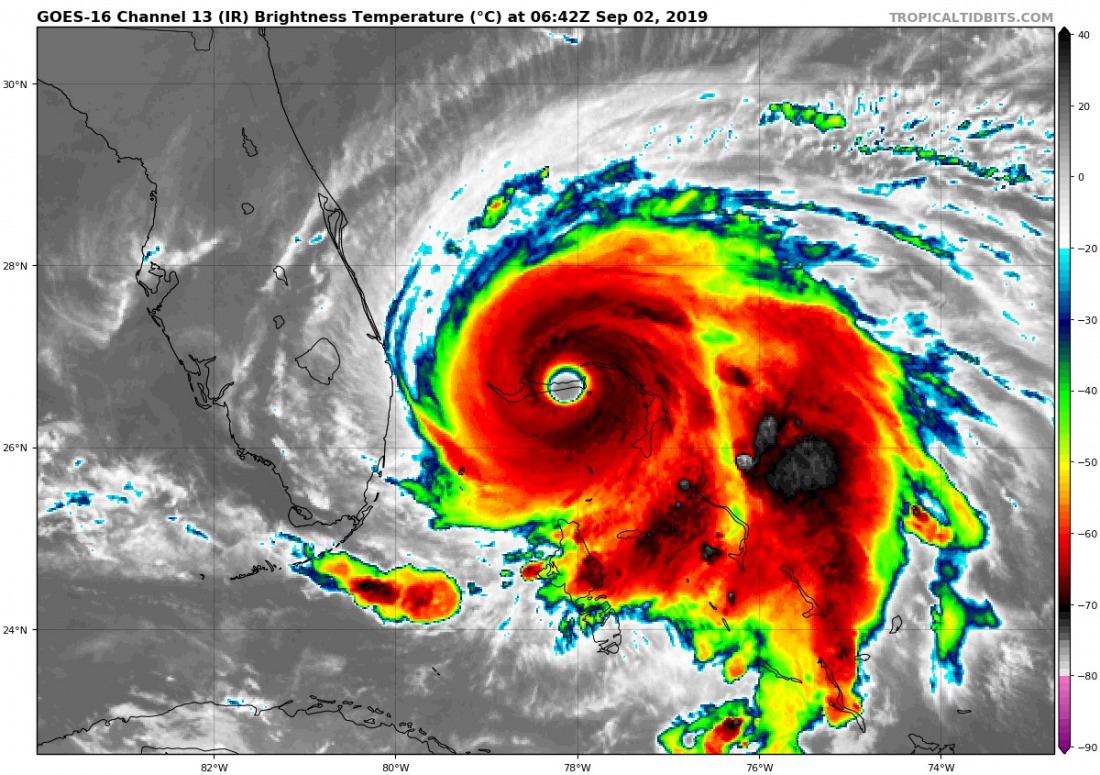 Extraordinary visuals of lightning in a powerful, powerful storm. pic.twitter.com/534EzvgI8H

After making first landfall over Abaco island in the NE Bahamas it has been very slowly moving across the Grand Bahama island, tracking west and coming to a virtual standstill late in the morning (UTC). The direction is the worst possible for Grand Bahama, as it takes Dorian’s eyewall with the most intense winds straight along the island. Widespread catastrophic damage is expected, further enhanced by the extremely slow motion – only 1 mph (1-2 km/h), virtually stationary – and prolonged severe wind and storm surge action for locations along its track. Some locations along the track have been under the eyewall for many hours.

Dorian is now just over 150 km due east of West Palm Beach, Florida. A northward pivot is expected in the hurricane’s track, however, latest model guidance has been pushing it westwards towards Florida. Most tracks are still approximately 50-100 km offshore, with some indicating a closer approach and possibly landfall along the central part of the eastern coast of Florida in the next 24 to 48 hours. 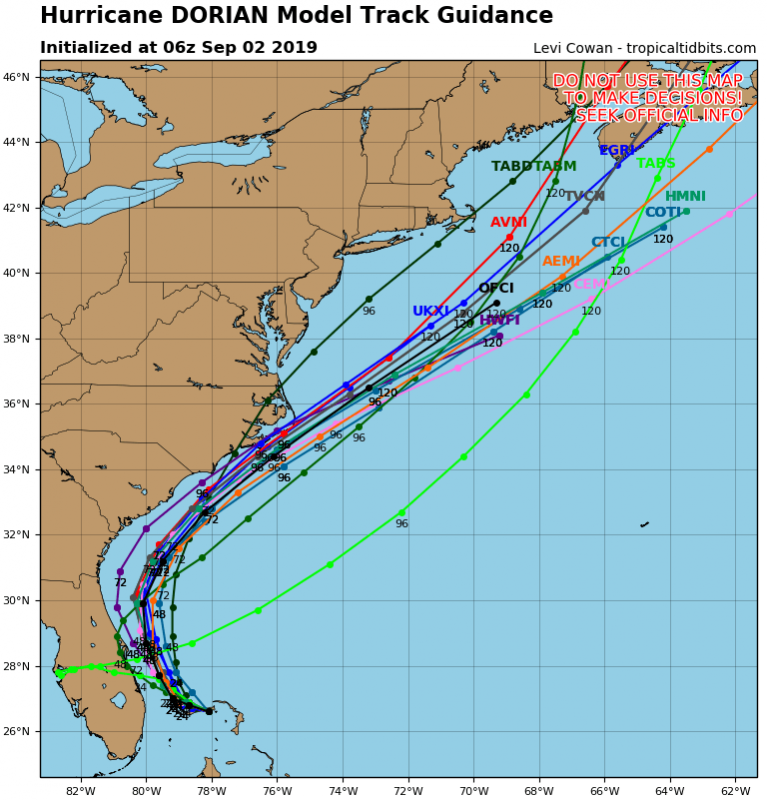 Further slight weakening is expected, with Dorian remaining a category 5 or a high-end category 4 hurricane. Still an extremely dangerous system! A NHC-issued hurricane warning is in effect for much of the Bahamas and eastern Florida coast between approximately Boca Raton and Titusville.