Hurricane Dorian is a monster, no doubt about that. It packs intense Category 5 winds and a massive storm surge, producing devastation as it tracks over the northern Bahamas. It has so far peaked at 909 mbar central pressure and 185 mph (298 km/h) peak sustained winds. But where does Dorian fit in the larger picture – how does it compare with other great Atlantic hurricanes and other great tropical cyclones? 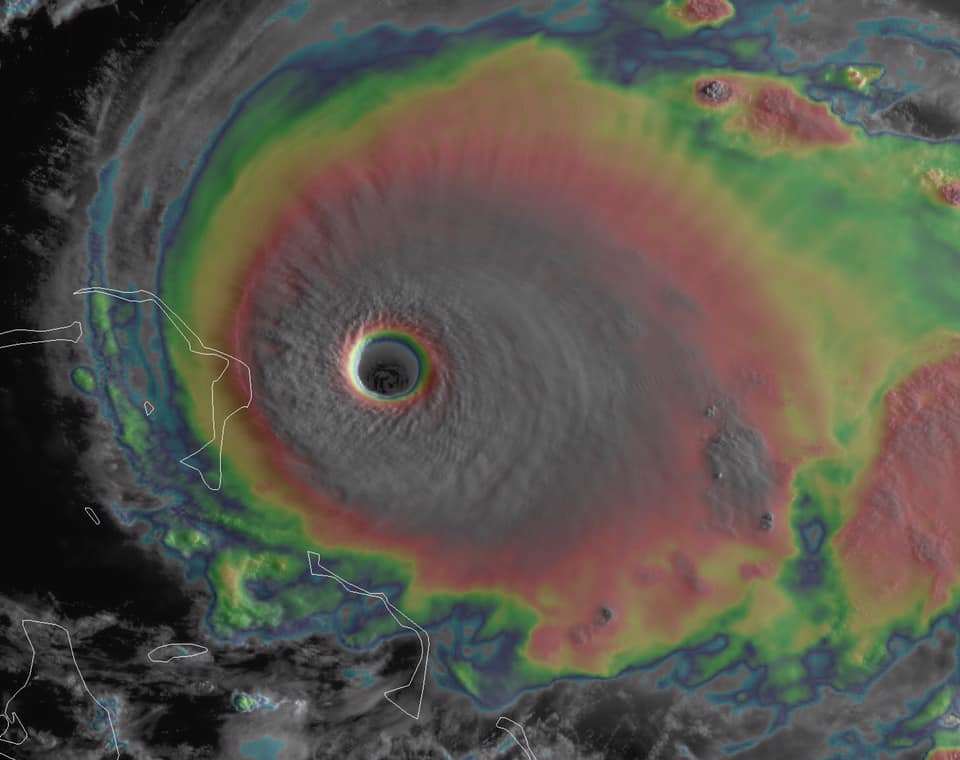 There have been 5 CAT5 hurricanes in the last four years. Hurricane Matthew was the first Atlantic CAT5 since 2007, peaking at 165 mph and 934 mbar on October 1st, 2016. Hurricane Irma pushed to 180 mph sustained winds and 914 mbar central pressure on September 7, 2017. It was followed by Hurricane Maria, which hit 175 mph and 908 mbar on September 19. Maria devastated Puerto Rico and became the third-costliest tropical cyclone on record at the time. Hurricane Michael hit CAT5 with 160 mph and 919 mbar, making a devastating landfall in the Florida panhandle on October 10, 2018. Hurricane Dorian is the latest Atlantic CAT5.

According to the National Hurricane Center, Dorian ties with the 1935 Labor Day hurricane for the strongest sustained winds at landfall with 185 mph (298 km/h). Dorian reached peak winds at second landfall on Great Abaco Island (Bahamas) near Marsh Harbour at 18h UTC on September 1st.

Compared to devastating Hurricane Katrina in 2005 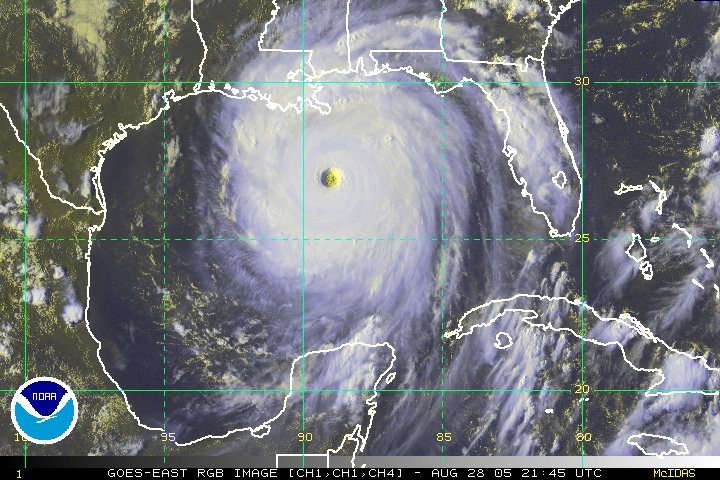 Compared to the most powerful typhoons on record

Comparisons with typhoons are always difficult, as there is not nearly as much data on typhoons as there is on hurricanes. We compare Dorian to Super Typhon Haiyan (2013) and Meranti (2016). The two are tied for the highest recorded 1-minute sustained wind speeds at 195 mph (315 km/h) – significantly stronger than Hurricane Dorian. There have likely been even significantly stronger super typhoons than Haiyan and Meranti: Super Typhoon Ida (1958) for example, with a minimum pressure of 877 mbar, likely produced 200 mph (325 km/h) sustained winds. Other poorly recorded super typhoons may have been even stronger. 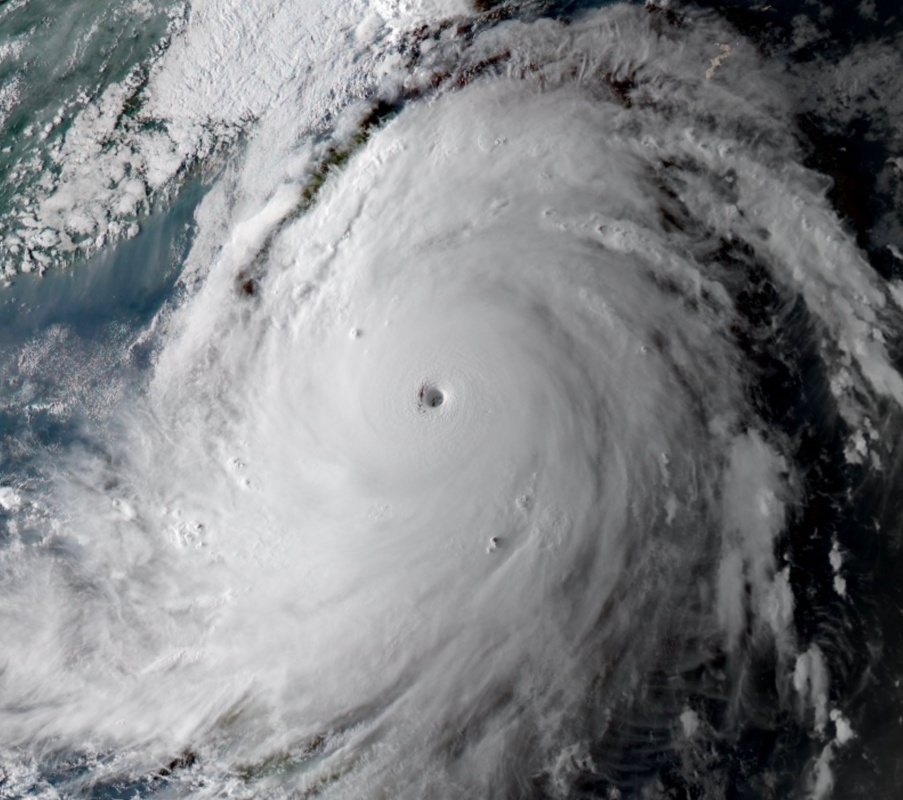 CAT5 Hurricane Patricia explosively intensified into the most intense tropical cyclone on record in the western Pacific, off western Mexico. It reached 872 mbar central pressure and the current record 1-minute sustained wind of 215 mph (345 km/h) on October 23, 2015 – a substantially stronger hurricane than Dorian. It did, however, peak over open waters and did not affect land while at this strength. 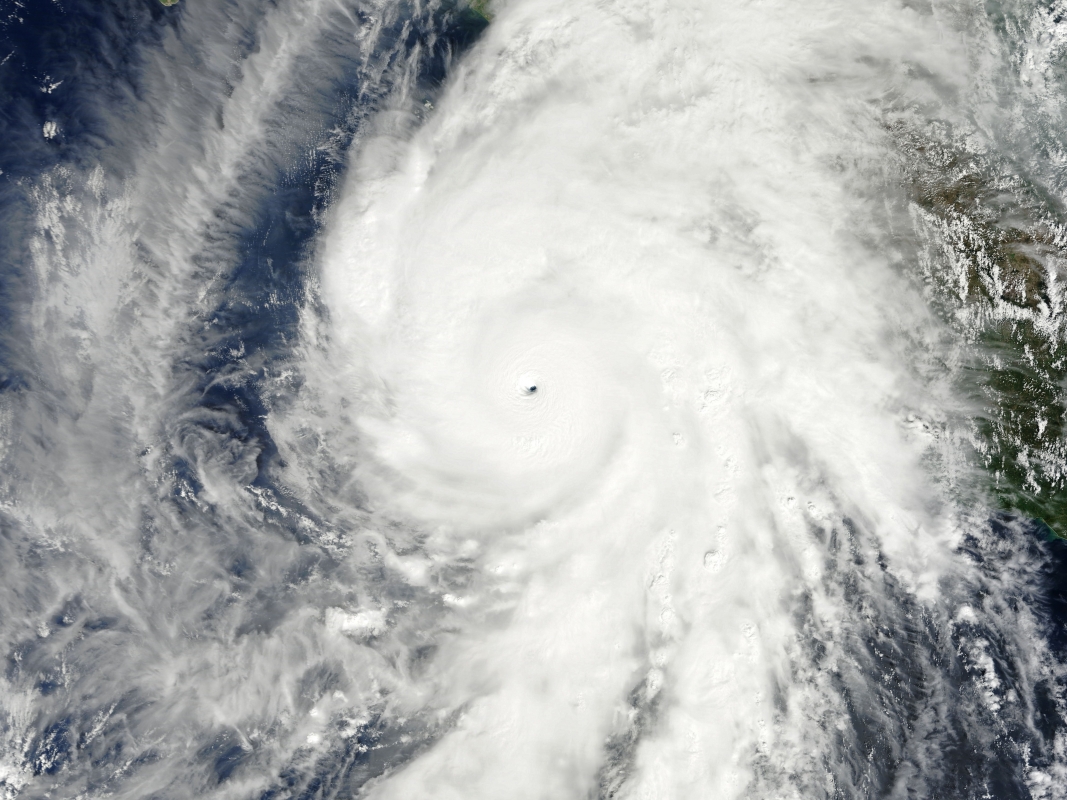