We have a new record in the tropics. It’s late April but Eastern Pacific already got its first system today – Tropical Depression One-E is the earliest eastern Pacific cyclone on record. It is packing winds of 30 knots, central pressure around 1006 mbar. Although it stays away from any land areas, it is remarkable early start.

One-E began as a tropical disturbance/wave that gradually organized in the open Eastern Pacific, a region where strong wind shear and cool waters normally inhibit tropical development so early in the year. But this time, a low wind shear allowed a healthy upper-level outflow providing good ventilation to the system. The depression also formed over the unusually warm water, with sea surface temperatures of 27-28°C, roughly 1 °C above the long-term average.

Here are the latest satellite images in visible and infrared channels. A compact area of deep convection is nicely visible to the south of the main circulation, with still quite a good outflow ventilation: 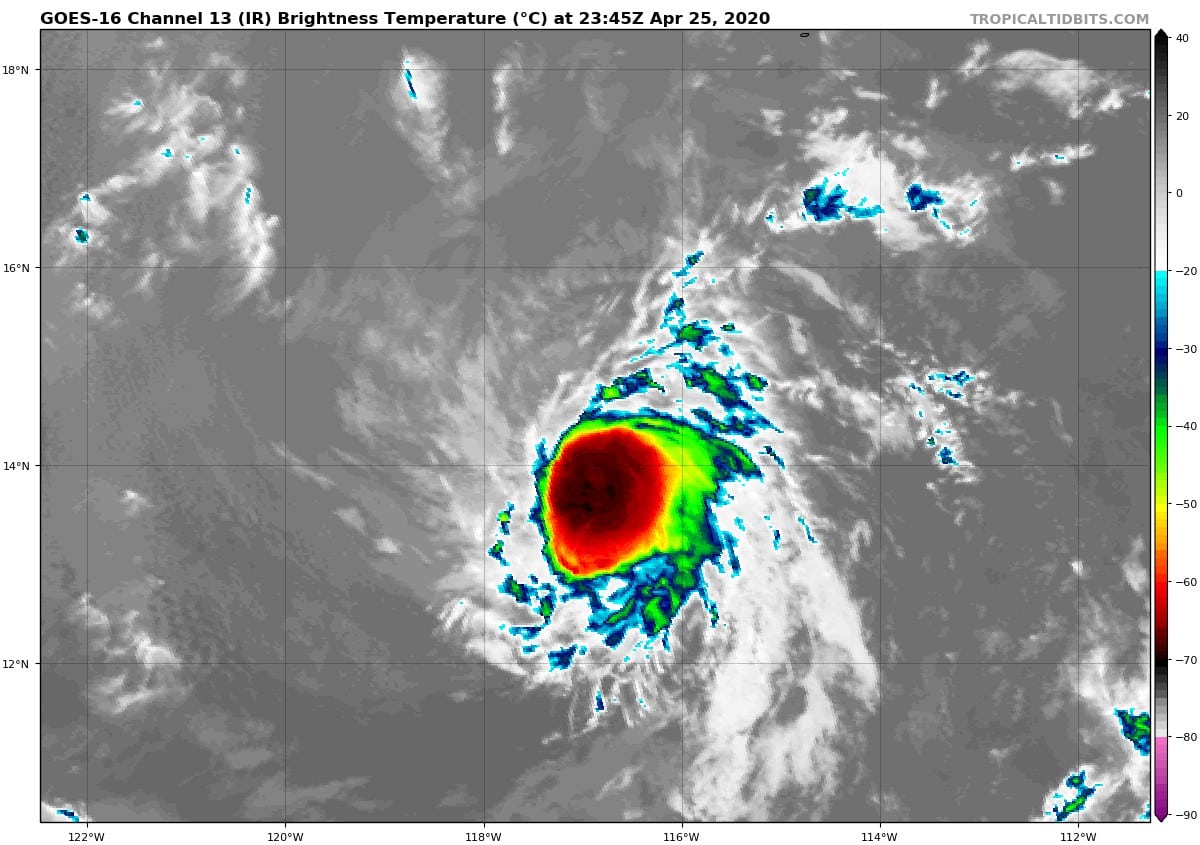 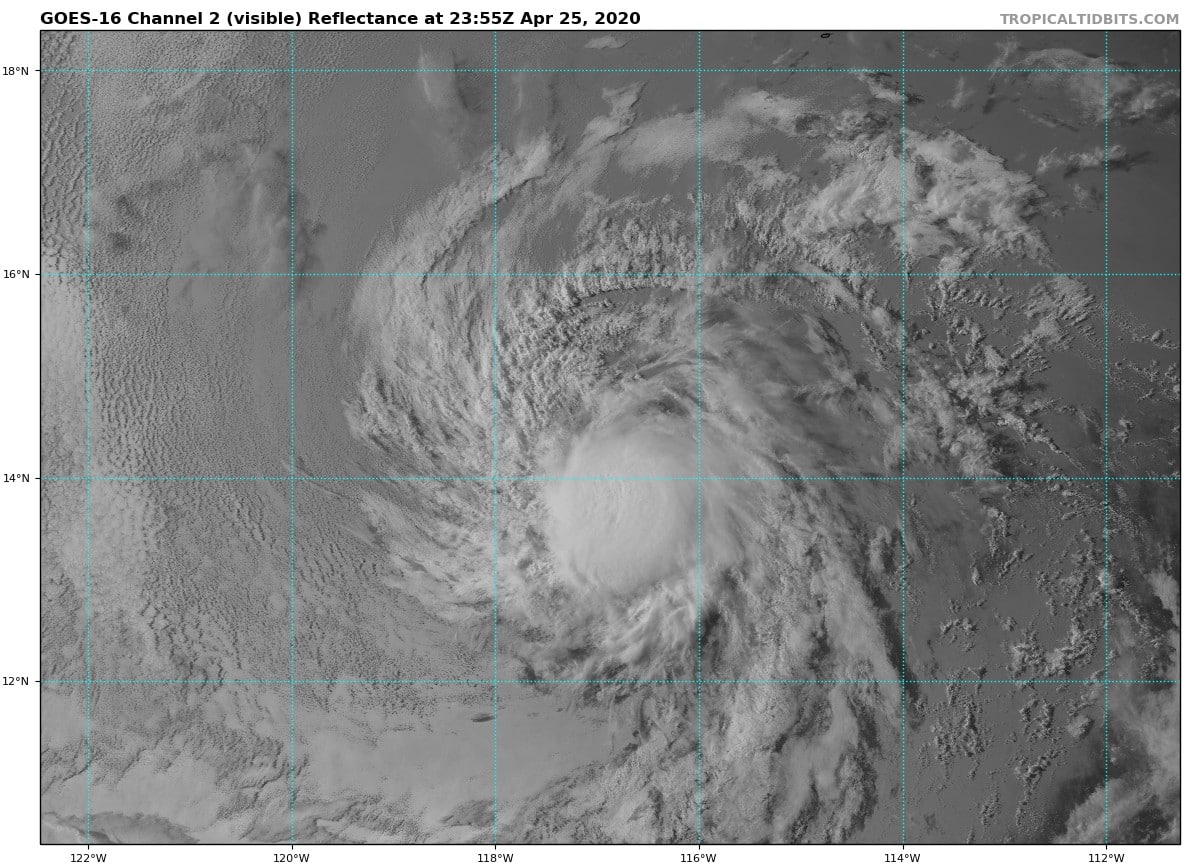 The overall organization of the depression reveals a quite well-defined but exposed center is displaced to the north of the convection area. The wave will continue moving west-northwest over the next few days and should not intensify any further. The system will gradually dissipate over the next few days while coming into dry mid-level air, increasing shear and cooler sea surface temperatures. 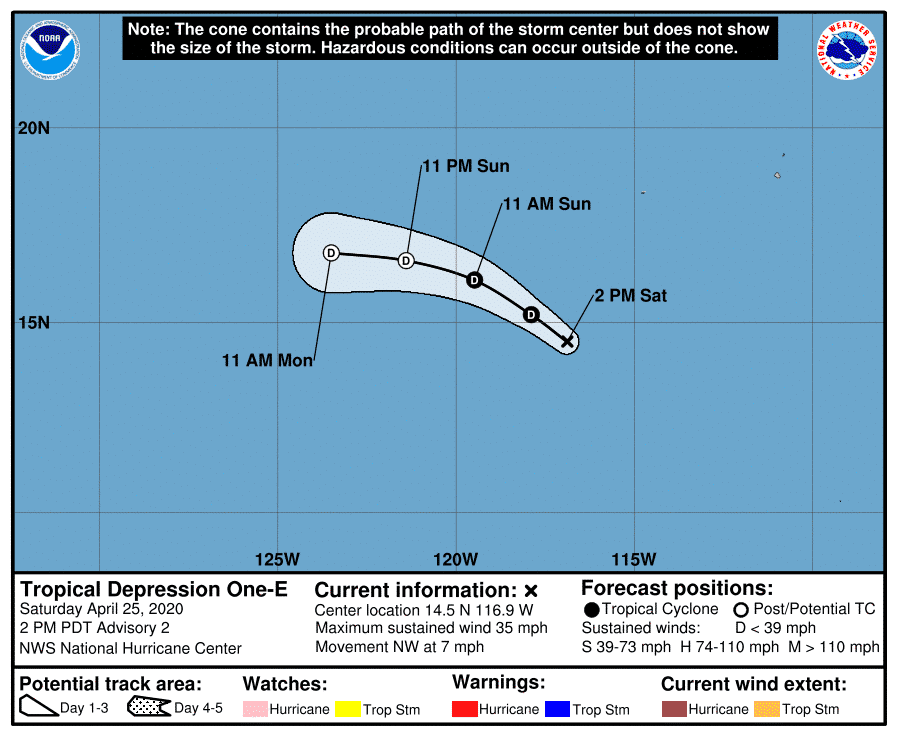 Here is an amazing graphics for the books – the first formations by year for tropical cyclones in the eastern North Pacific since 1949. Tropical Depression One-E is the earliest eastern Pacific tropical cyclone on record – two weeks ahead of schedule:

Here are first formations by year for tropical cyclones in the eastern North Pacific (east of 140°W) since recordkeeping began in 1949. Tropical Depression One-E this morning is easily the earliest eastern Pacific tropical cyclone on record (by 2 weeks). #hurricanes #climatology pic.twitter.com/oXKGAAHXHr