A “midget” tropical cyclone has formed in the Arabian sea, and is expected to make landfall in Oman this afternoon.

Tropical cyclone formations are not that uncommon in this part of the world, due to the very warm ocean waters, and favorable (low shear) atmospheric environment. On average, about 6-8 form in a decade, which means that they do not happen every year. 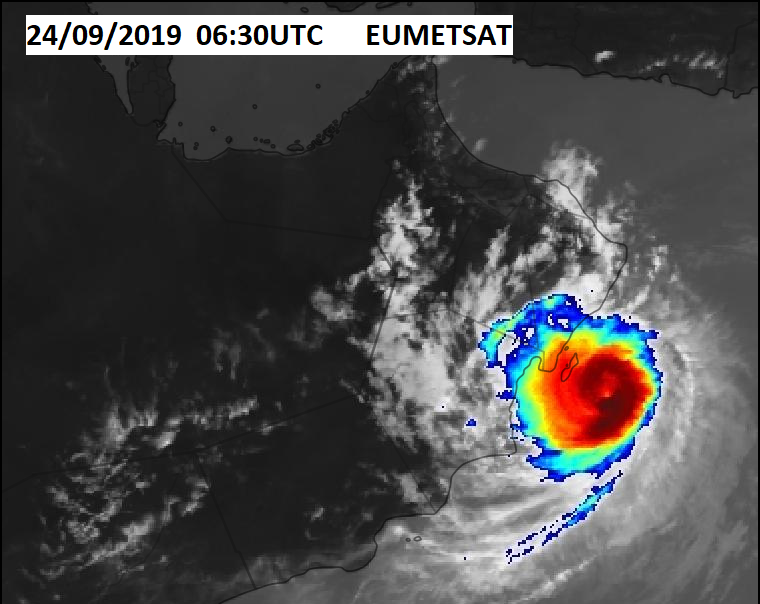 The models take this tropical cyclone into Oman, making landfall with hurricane force winds, equal to a strong category 1 hurricane. The GFS models shows sustained winds at 90-100 km/h, with surface gusts over 120 km/h! It will also bring heavy rainfall into the region. 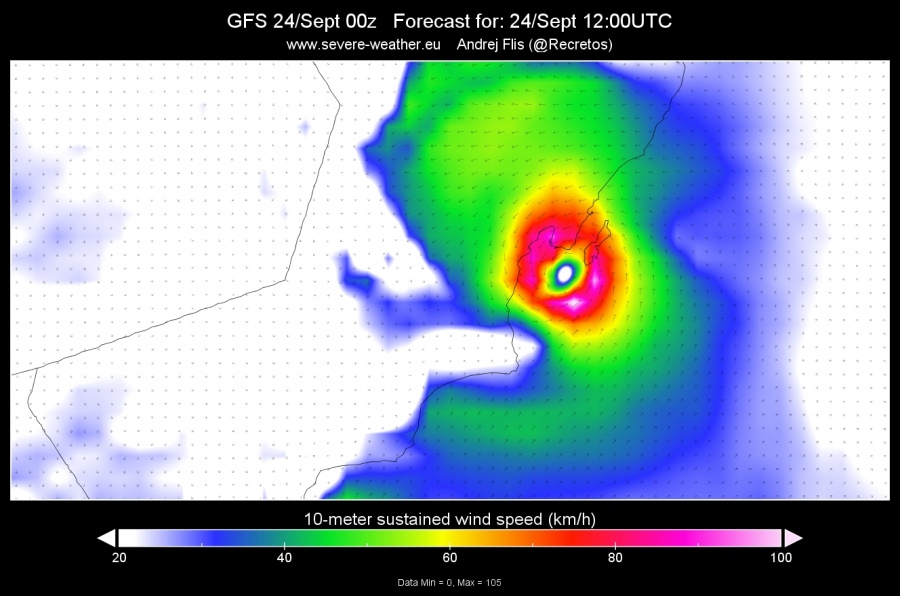 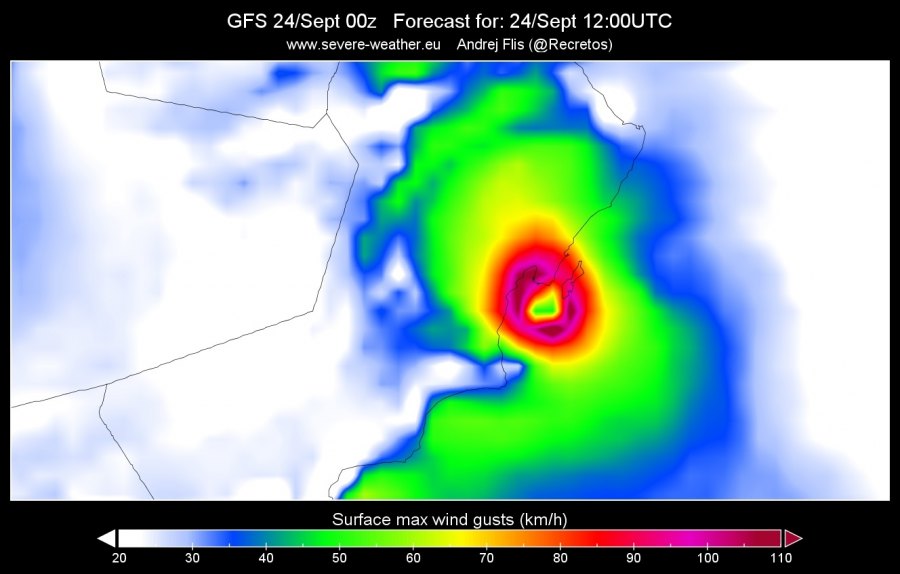 Sometimes these cyclones are smaller in size compared to the Atlantic hurricanes, but don’t let that fool you, since they can really pack strong winds. You can see its size on the larger scale IR satellite imagery.