It has been a rather quiet tropical pattern over the western Pacific lately, after a devastating Super Typhoon Haishen and Typhoon Maysak earlier this month. now, a Severe Tropical Storm Dolphin is moving along eastern Japan and threats Tokyo with severe winds and flooding potential over the next 48 hours.

A tropical depression Marce formed on Sept 20th afternoon after strengthening in the extreme northeast corner of the Philippine Sea. The JTWC upgraded the system to a tropical storm at 12:00 UTC (local evening).

On Tuesday, the system then intensified into a Tropical Storm on the southern seas of Japan, receiving the international name Dolphin by the Japan Meteorological Agency (JMA). 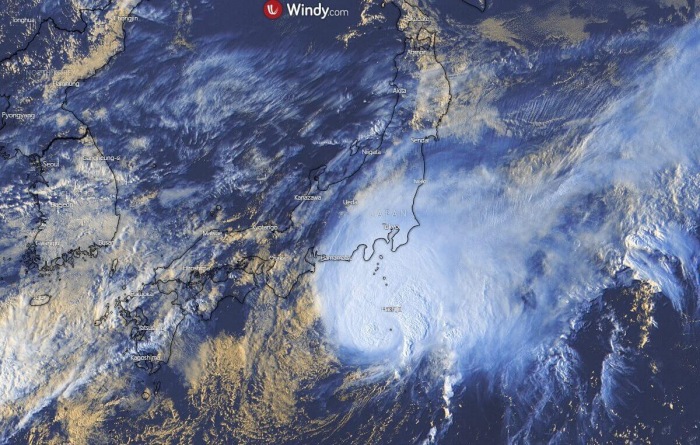 Tropical Storm Dolphin, the 12th storm of the year, is on course to approach eastern and northeastern Japan, with heavy rain expected along the Pacific coast Thursday and Friday.

JMA has warned that a severe tropical storm is expected to bring heavy rain as it heads toward the eastern part of the country could cause landslides and flooding in some areas. Storms associated with the low could also bring tornadoes, high tides, and torrential rainfall.

A quite compact convective activity is seen on the satellite imagery, with explosive storms near the center of the low. The movement is gradually towards the northeast, so heavy rain is spread into eastern Japan tonight. 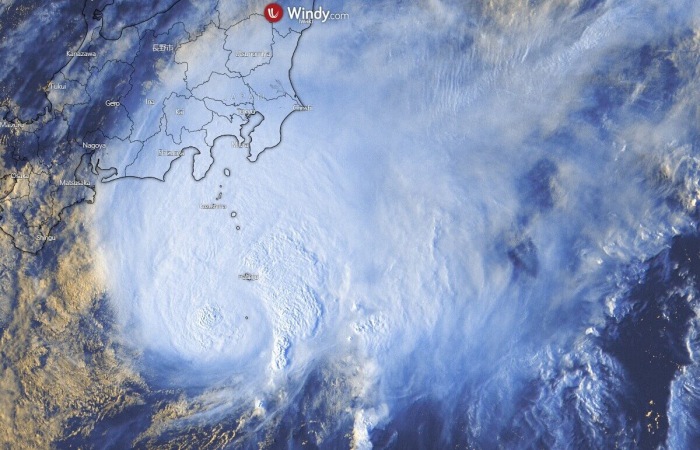 An impressive cloud tops temperature is seen, below -85 °C per Infrared satellite scans. This should lead to torrential rainfall and therefore likely an excessive amount of rain totals over the next 2-3 days. 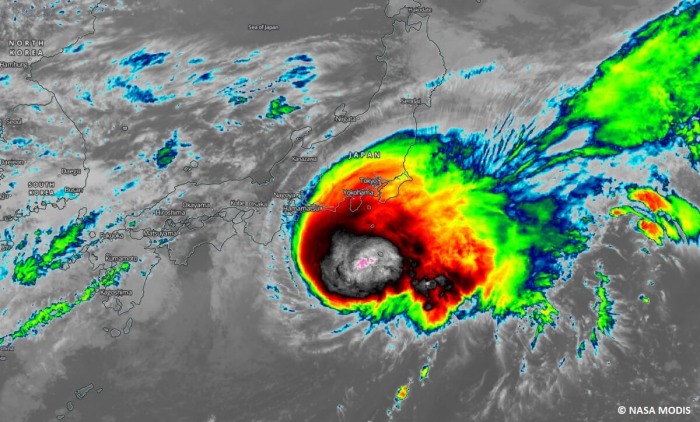 Attached is the sequence of storm Dolphin track tonight through Thursday. Dolphin will slowly undergo an extratropical transition over the next 48 hours. 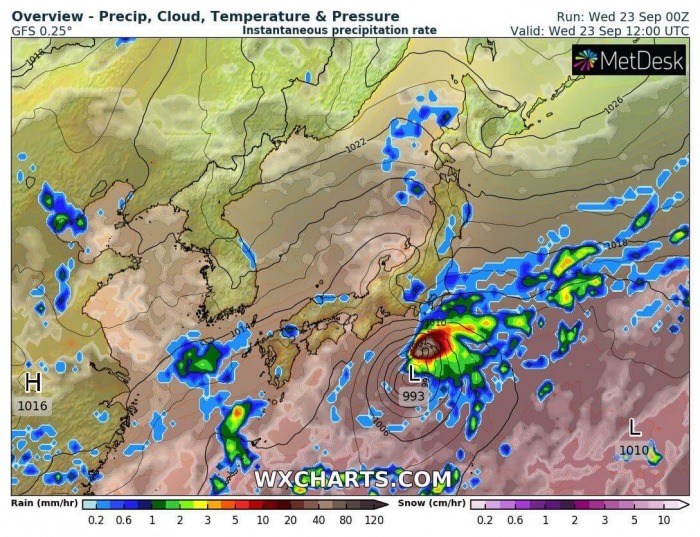 Its relatively slow-moving movement will maintain very to extreme rainfall across its north and northwestern parts. 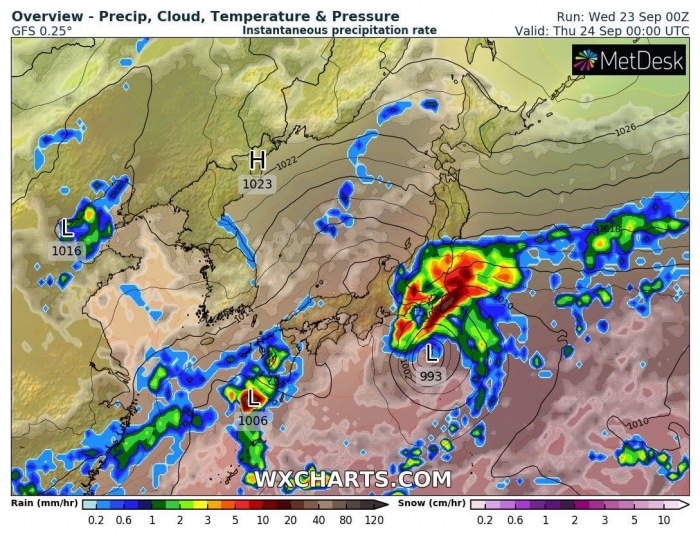 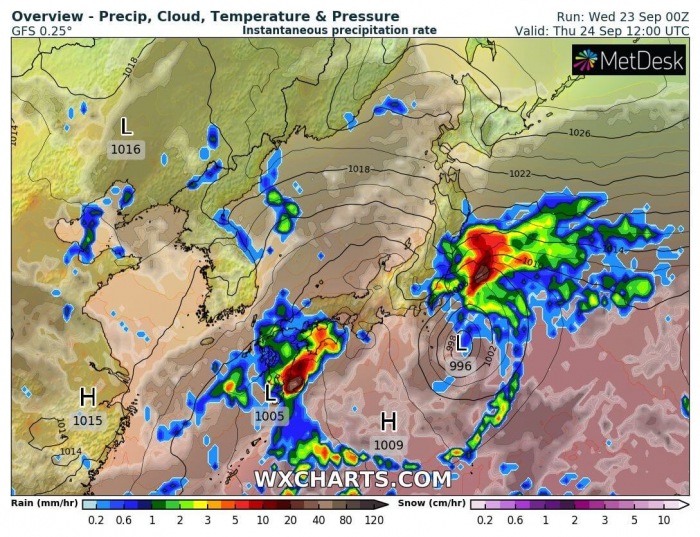 The official JTWC forecast track suggests that Dolphin will maintain 45-50 knots strength until in reaches northeast Japan. It will begin accelerating, however, into the weekend days. 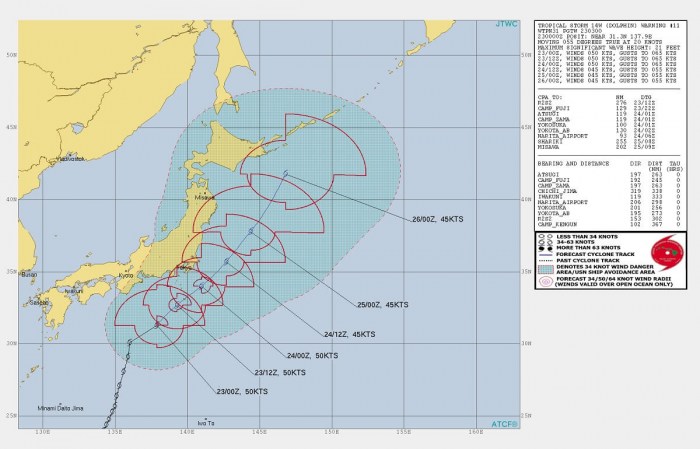 The general northeasterly track is well forecast by the GEFS ensemble model. While the central pressure gradually rises after leaving eastern Japan, it remains a strong extratropical storm and expected to reach northeast Japan by Sunday or Monday. 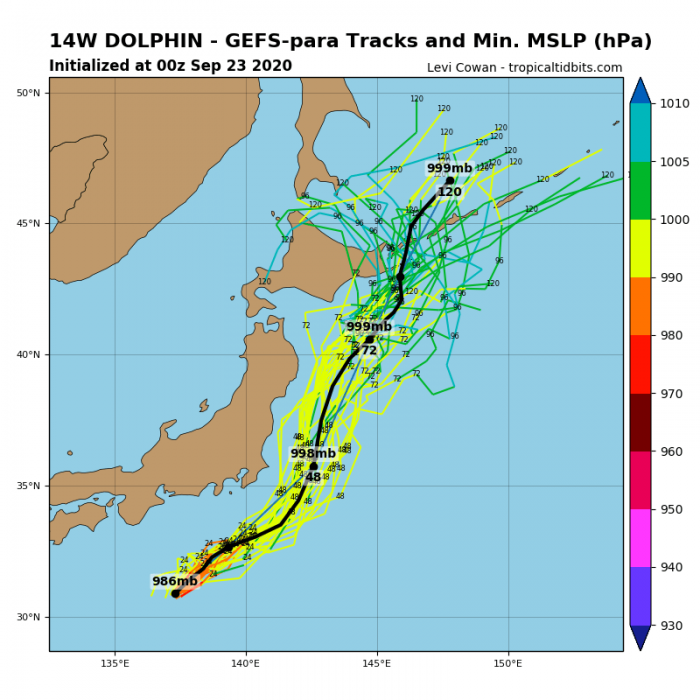 Although the center of storm Dolphin will not make landfall in Japan’s mainland, severe winds are expected to develop on its backside. Blasting across Tokyo and areas across southern Japan, including coastal areas. 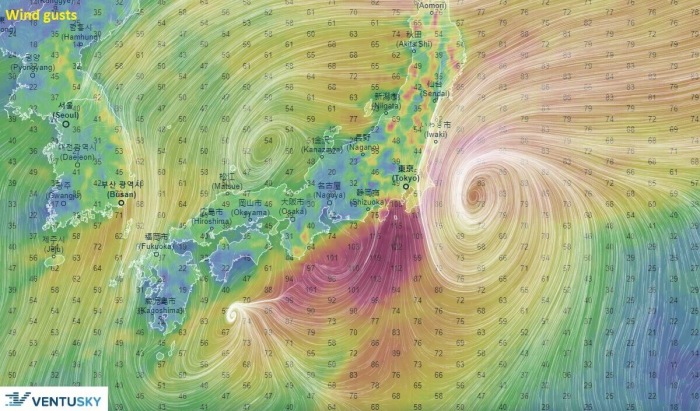 Storm Dolphin will travel mainly towards the northeast until the weekend, gradually losing its tropical characteristics. Wind gusts are likely to reach 120-150 km/h, possibly even higher of downslope winds develop towards the coast.

Dolphin will result in a rather extreme amount of rainfall along its path. High rainfall will accumulate especially due to the relatively slow-moving nature of the storm.

It is likely that close to 500 mm will accumulate near the center of the low which, however, stays over waters. 100-250 mm is still possible over parts of east-southeast Japan, Including Tokyo. 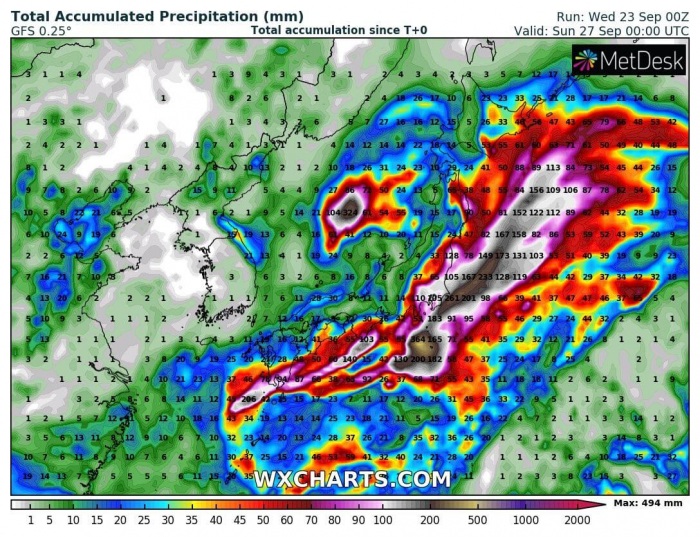 Also up to 100 mm to 200 mm for the Tohoku region and the Izu island chain, according to JMA.