As we discussed yesterday, tropical activity is ramping up around Australia. An Invest #99P was born over the Gulf of Carpentaria, located between the Northern Territory and the Cape York Peninsula (Queensland). The system is currently still a tropical depression with deep convection ongoing, having maximum sustained winds of 20-25 knots and minimum central pressure around 1005 mbar. Models are now increasing the potential the system will become a Tropical Cyclone on Sunday, probably becoming at least a Category 2 system on Monday prior to making landfall in the Northern Territory.

Invest #99P is located beneath a very weak vertical wind shear with healthy upper-level outflow ventilation to the north and south directions. At the surface, the sea temperatures are around 30-31 °C and even near 32 °C closer to the southern coastline of the Gulf of Carpentaria. Satellite imagery does indicate the system already has cyclonic bands gradually forming. 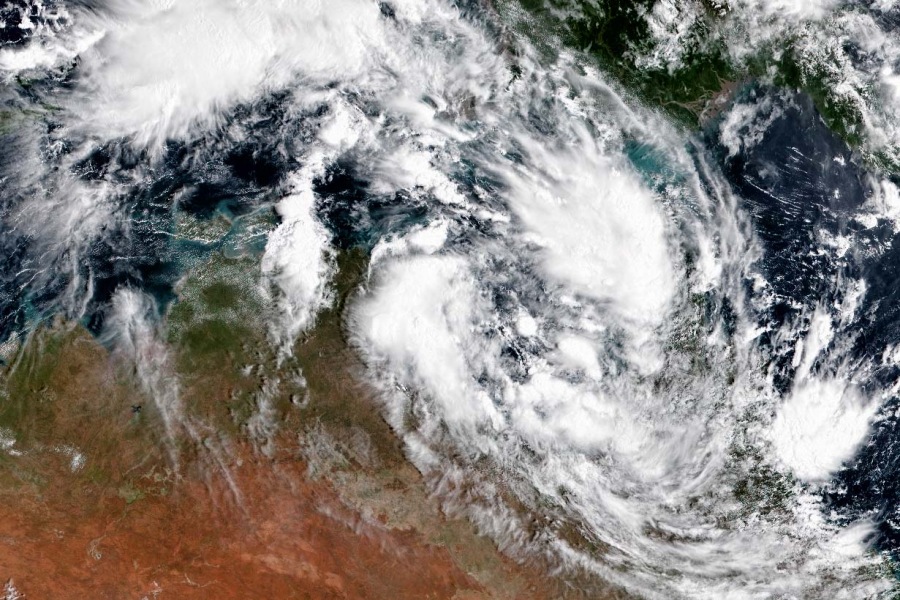 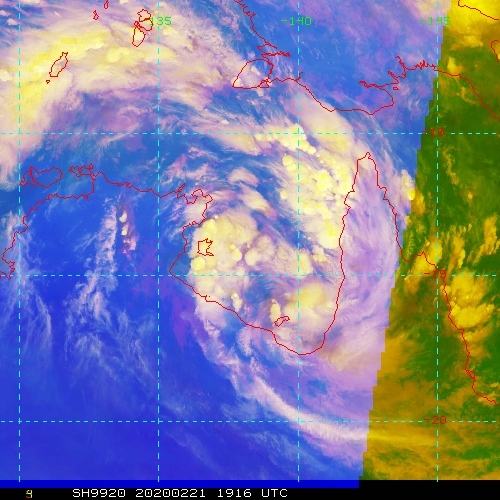 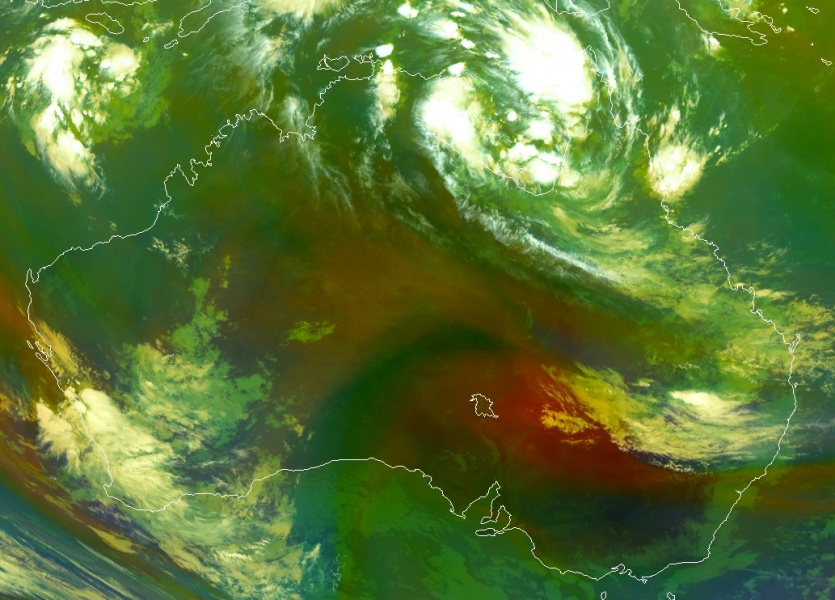 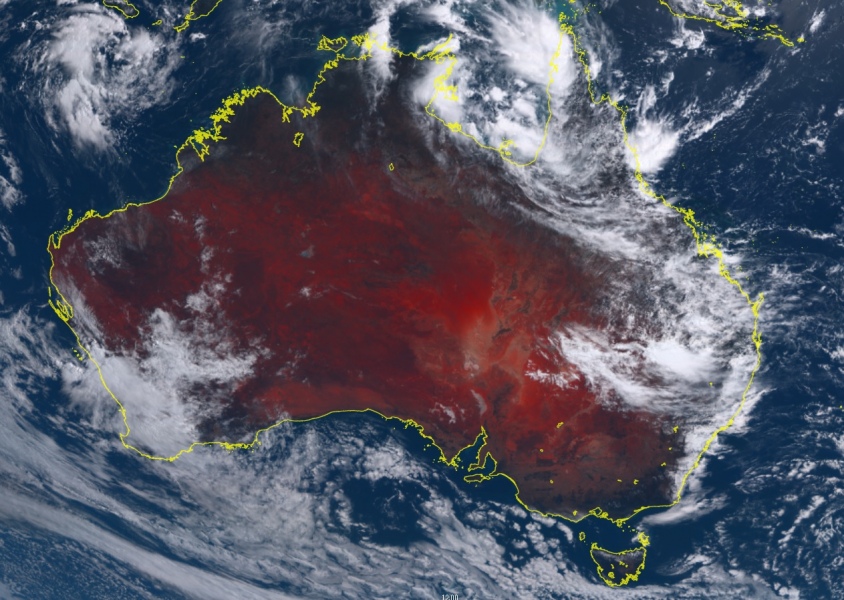 The overall conditions should allow the system to intensify further, likely reaching at least a Category 2 strength prior to making landfall on Monday, somewhere near the NT/QLD state border. The environment appears quite favorable for the development of a severe Tropical Cyclone, potentially even gaining some short period of rapid intensification during late Sunday into Monday which could potentially even strengthen the cyclone into a higher category intensity. The system will then likely turn due west with an increasing potential for significant flooding across the Northern Territory state and surviving until it reaches Western Australia late next week. 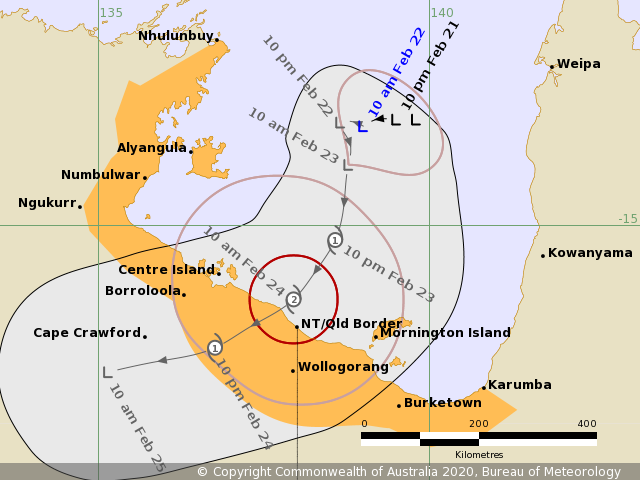 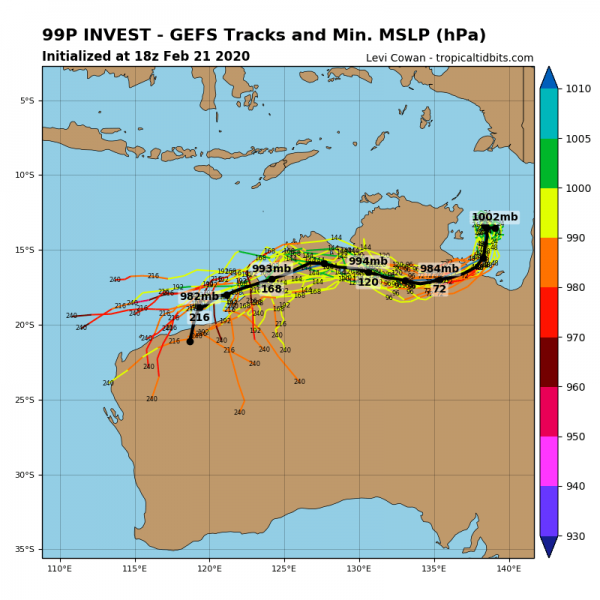 The latest model guidance regarding the potential track – H-WRF model is the most aggressive while GFS is having a weaker system, but still severe cyclone at the time of potential landfall on Monday. Attached are the H-WRF model maps for Sunday 12 UTC to Monday 12 UTC period: 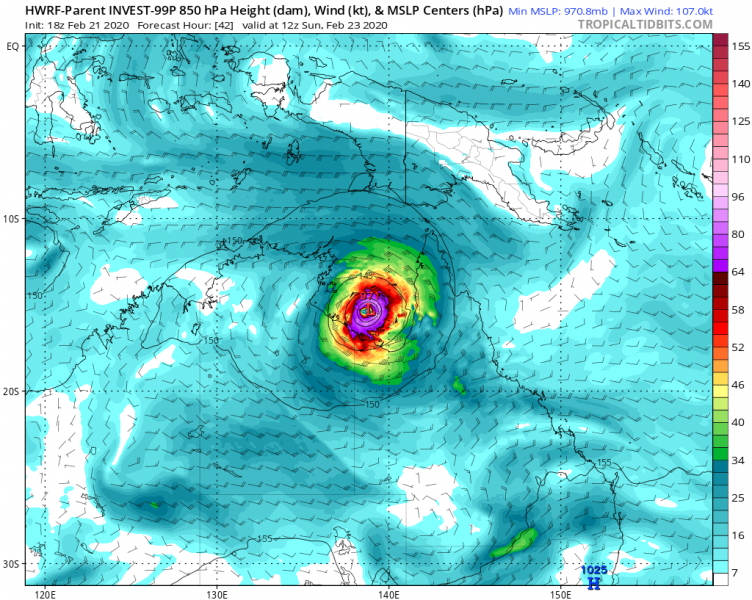 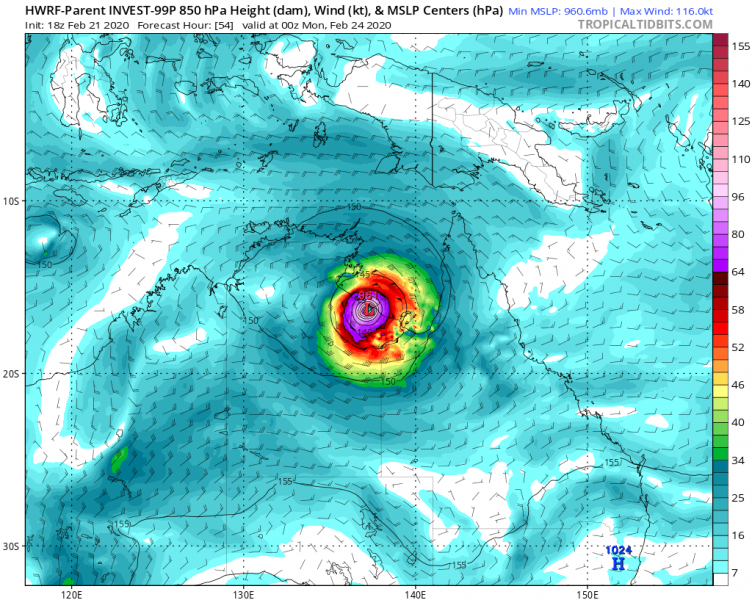 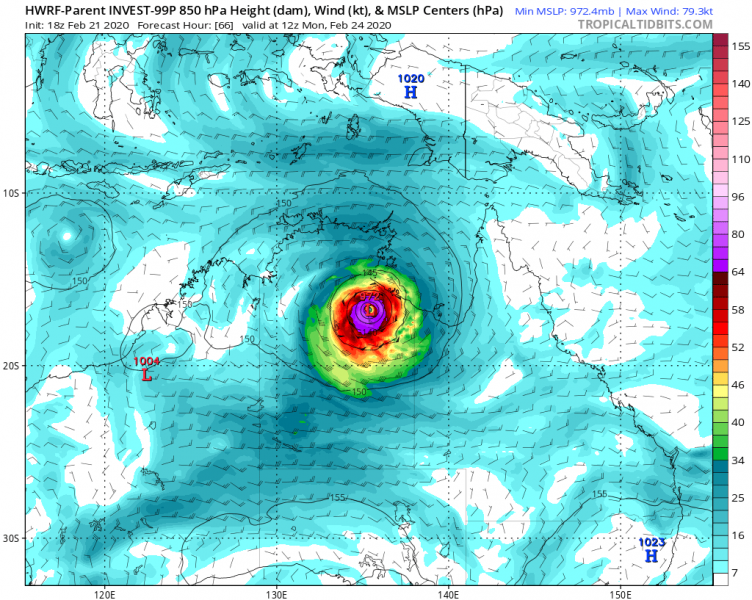 We will continue monitoring the system’s evolution and will keep you updated over the weekend – stay tuned!